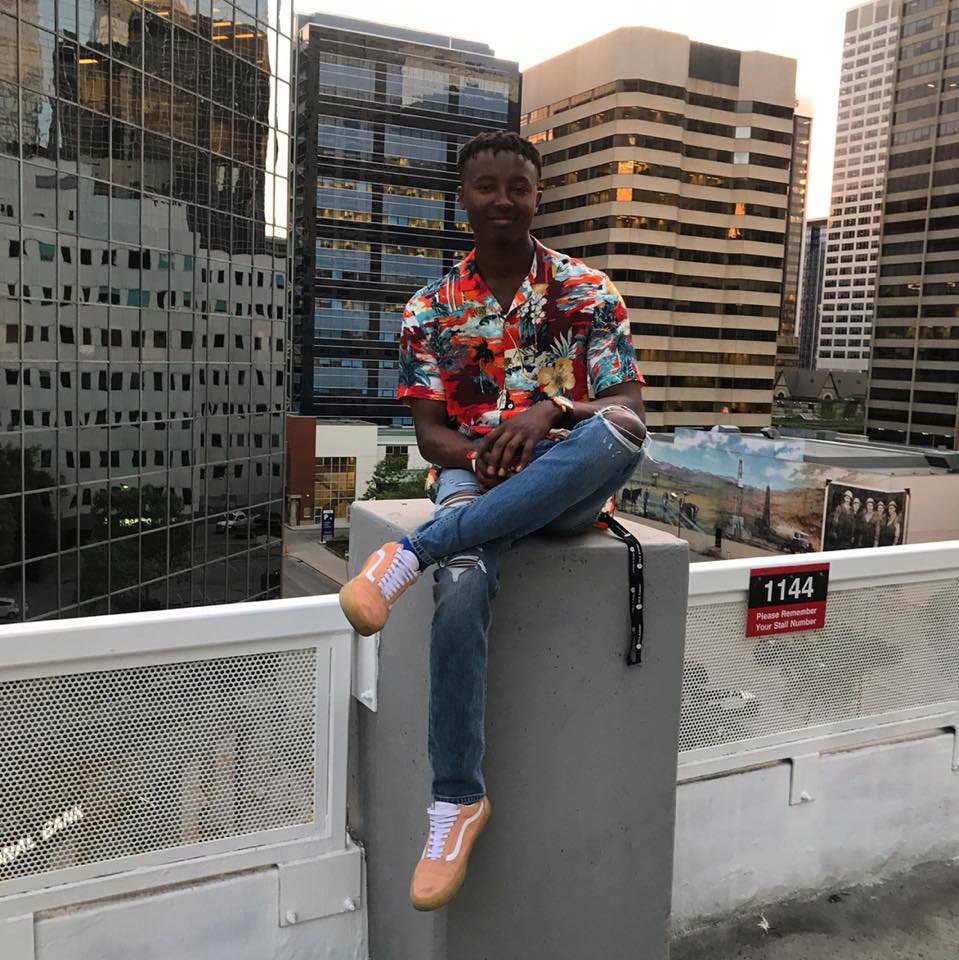 It was just another night at the impromptu skate park. Four teenagers practiced their tricks in an underground parking garage, having a great time. It was getting late, though, and the four Canadian boys would soon need to be heading home.

However, as they emerged from the underground parking lot, they were stopped by a suspicious sight outside.

Not So Normal Anymore

A clearly upset young girl and two much older men were making their way over the grass towards the parking garage. One of the men was being quite forceful with the disorderly teenager. At first, he was walking behind her, but then he seemed to realize that they had company.

That alone wasn’t quite enough to arouse suspicion until they noticed something else about the girl.

According to one of the skateboarders, “She was screaming and yelling,” Carsyn Wright said: “She just wanted to be out of there.” That, in itself, was enough to arouse suspicion in the boys’ hearts. The four teenagers turned their attention to the men and confronted them for an explanation.

What was going on here?

The larger of the two men explained to the concerned boys that he was her father. Assuming maybe he’d found her drinking at too early an age or something similar, the boys backed off. The woman didn’t ask for help nor did she contradict the man’s words, so they let it go.

Something didn’t feel right though.

It was getting late in Calgary, and the boys would need to head home. Packing up their skateboards and reservations, they started heading back. It was easier to believe the man. After all, the girl hadn’t disagreed with him.

But they just couldn’t shake the feeling that something was off.

It was true that the girl had seemed intoxicated, but the more the boys thought about it, the more uneasy they became. Should they have backed down so quickly?

The man who had claimed to be her father had seemed extremely confident – arrogant, even. Would a father act that way? Then, an unsettling detail dawned on them that made them question everything.

“She was all scuffed up and dirty,” Carsyn remembers. She looked like she had been struggling against the man for a while. Then, as if putting an end to the conversation, the man had hoisted her up over his shoulder like a bag of potatoes. But she was still trying to resist.

Every instinct in the boys screamed at them to go back. They’d never forgive themselves if they didn’t.

No Way It Could Be Real

The more they thought about it, the more they knew that something just wasn’t right. Were they sure the three knew each other? And what were they doing waiting outside the parking lot at that hour? The sinking feeling hit them all at once – there may be something darker going on here.

Hurrying back, they only hoped they weren’t too late.

The boys admitted that they weren’t convinced, but Wright said, “You don’t want to really think of the worst in somebody like that. You don’t want that situation to be real, so you just brush it off and hope for the best.”

When they arrived outside the parking lot, the trio was nowhere in sight. But it didn’t take them long to figure out where they’d gone. They would have to go inside.

But what the boys didn’t know was that there was much more to the two men than met the eye. When they entered the underground parking lot of the Chinook Centre, they also unwittingly entered Calgary’s dark underbelly – and there would be no going back.

There was a growing problem in the community. Underneath the mall’s up-market exterior, something much bigger and darker bubbled.

Officer Arthur L. Doner had been investigating a spike in criminal activity in Southwest Calgary, but various stings and searches had proved fruitless.

The rival gangs’ dealings in the area had reached terrifying proportions, and just like a mythical beast, he’d take down one member only to have two more arrive – seemingly from nowhere. He had no clue that four skateboarders were about to try to take on the Hydra by themselves.

The boys walked slowly into the darkness beneath the Chinook Centre. They already knew that there were no security guards posted today – they had scoped the lot gleefully before they had taken up their skateboards that very afternoon. The underground lot was the perfect place to get up to mischief.

Unfortunately, the men had known this, too.

Up To No Good

The CCTV footage of the men shows them pacing up and down among the parking spaces, searching for something. The girl is with them as they look for the most out-of-the-way corner, then they spot exactly what they are looking for.

They open the door to the stairwell and escort the girl inside, and all three disappear as it closes behind them.

The boys quietly crept into the underground lot. It was eerily empty on this particular day. Their first instincts were to look behind what few cars were parked, but they couldn’t see the trio anywhere. After a few minutes they made their way to the stairwell, and all four prayed that they wouldn’t be there.

It was all getting a little too real for comfort.

Arnaud stood still, with his hand on the door handle as he gave the others a look that told them to be ready. In one swift movement, he swiped it down and flung the door open.

But what the boys found inside the stairwell left them reeling. They could never have prepared for this.

The boys had searched inside the underground parking lot, peering in between the rows of cars as they walked. With so many shadows to hide in, they could be anywhere.

But it was only when they searched the stairwell that they found them. The scene they had walked into was even worse than they could have ever imagined.

Faced With The Truth

The boys rounded the corner and were startled by what they had found. They could just make out the shape of the men in the darkness. Their instincts told them to run, but in an instant, they all resolved to take action.

They couldn’t just leave the girl to her fate, they had to do something.

The four boys were disgusted and frozen by what the men were doing to her. Arnaud Nimenya, one of the boys, admitted that he, “didn’t know what to do.” It didn’t take the four long to snap out of it, however, and they tried to separate the men from the girl.

The men, of course, were furious. But the boys had no idea just who they were tangling with.

The taller man, thwarted, tried to leave the situation altogether, wash his hands of it. The other man, his accomplice, followed him as they left. Nimenya remarked as they followed, “He pushed me aggressively out of the way, kinda like just gives me the smile, like, ‘I can do this. You can’t do anything about it.”

They couldn’t stand by and let them get away with it.

As the men tried to walk out, they turned to see three of the boys chasing him. One had stayed behind with the shaken girl while the others had given chase. They tried to outrun them, but they were catching up fast.

Determined not to let the men get away with such unspeakable cruelty, the boys sprinted on through the streets of Calgary. Suddenly, they were on them. They had nowhere left to run.

Officer Doner was ready. He had gotten a tipoff that the man he had been watching carefully had been spotted near the Chinook Centre, along with one of his cohorts.

He sped through the affluent streets of the southwestern suburb until he saw the enormous building outlined against the evening sky. He radioed for backup, but he didn’t have to search for the suspected leader of the gang for long. He practically ran into the side of his car.

With the teenagers in hot pursuit of the men, they turned to face the teenagers. That’s when the larger of the two decided to fight.

He ripped a skateboard from one of the boys’ hands and used it as a bludgeon, trying to push them back. He knew it was the end of the line, but he thought he could win by sheer force. Little did he know, Officer Doner was only a few feet away.

Before the man could do serious harm to the boys, Officer Doner got involved. He leaped out the car and wrestled the man to the ground. He couldn’t believe it. He finally had him.

However, by the time backup had arrived the second man was long gone — back into whatever hidey-hole he had come from. But what about our heroes?

After seeing the police car they had instinctively run. They sprinted all the way back to the parking lot, where they found the last boy comforting the girl who had just had such a harrowing ordeal. They had no idea that they had just tangled with a notorious gang leader.

Making sure she was safe, sound, and unscathed, the boys returned home. But then, the phone calls began.

The teens didn’t realize that their ordeal wasn’t over yet. They kept getting phone calls but were too afraid to answer. What if they were in trouble for fighting the man? Or worse, what if the man had somehow gotten their contact details?

But the calls kept coming. They knew they had to bite the bullet and face the consequences of their actions. They couldn’t run away forever.

The police chief, Chief Const. Roger Chaffin, tried to call the boys, wanting to thank them for what they’d done. Unfortunately, the boys misunderstood the calls — they thought they’d get in trouble for fighting the man.

Eventually, the call went through, and the boys were pleasantly surprised by what they were told, but also a little fearful.

The man that they had gotten arrested was none other than a key figure in the gang that had been plaguing Calgary for years. The members of the FOB gang were well-known for their unsavory dealings. The boys shuddered to think about what dark fate they had in store for the girl that they had rescued.

The police of Calgary had been trying to catch the man for months, but he had somehow managed to evade them.

When the man was brought into custody and interrogated, he spilled all the details on his fellow gang members. From addresses to a list of crimes, it was all there. Officer Doner was floored.

Finally, he had an inroad to tackling the gangs that plagued Calgary. And all thanks to four brave young boys! But how could the police force repay them?

The four boys were invited to attend the Chief’s Award Gala in recognition for their services to Calgary and to the young girl they’d saved.

All four agreed that it’s what they hoped anyone would’ve done in the same situation. Next time, they’ll know to trust their instincts as much as their boards.

What these four teens did was an incredible act of bravery and took a lot of courage. It’s not easy to stand up to one adult who seems to have authority, let alone two. Who knows what would have happened to the girl if they hadn’t trusted their instincts?