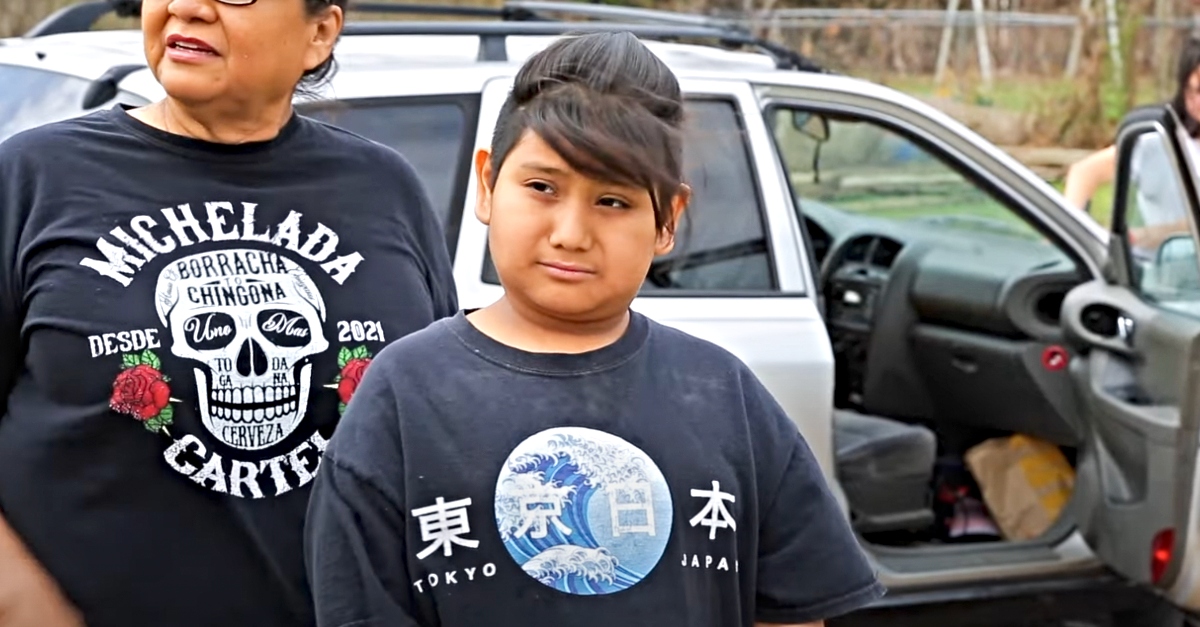 More Than An Apology

Their fury wasn’t new to Antonio. His mom and dad frothed with anger, and he knew they’d have the last laugh against the woman.

Although he didn’t want her to get into trouble, he also couldn’t ignore what she’d done. She’d destroyed his heritage, and for that, his parents would demand more than a simple apology.

Proud Of Who He Is

Public DomainAntonio had always been a special kid. At school, he constantly faced bullies who tried to get him down but never succeeded. His parents went out of their way to ensure he not only understood his heritage but was proud of it.

But the very thing he was proud of always made his life hard. A second grader in his school, Antonio was constantly trying to fly under the radar of his classmates and school faculty. But one teacher would tear him apart.

Antonio Morales had always felt special. Growing up, his mom regaled him with countless stories regarding their people’s heritage, instilling traditions and beliefs that shaped Antonio into who he was.

Hailing from the famed Kickapoo tribe, there are a few things Antonio’s family took as seriously as they did matters involving their heritage. Because of this, Antonio had one thing that set him apart from all his peers.

Among the countless robust practices of the Kickapoo tribe is growing their hair out. For Antonio, such a practice was special as it brought him close to his roots. It was also a way to show his parents how much he adored their culture.

Antonio let his hair grow out for four straight years. He took pride in the long silky mane, always going out of his way to take good care of it. He had no idea what it would do to his school life.

Chosing The Opposite Route

Antonio’s hair was the subject of much ridicule from his schoolmates. But none of their insensitive words ever got to him. He understood they could never comprehend what the hair meant.

But when such hateful words started spewing from the mouth of a person in authority, Antonio didn’t know what to do. She was supposed to make him feel welcome and accepted. Instead, she chose the opposite route.

One day, Antonio arrived home with a frown on his face. Knowing their son to be among the most cheerful people in the house, his parents asked him why he was upset.

Antonio revealed that his teacher warned him about his hair, which soured his day. She’d explained that if his schoolmates couldn’t grow their hair out as well, he couldn’t. He’d tried to tell her about his culture, but his plea fell on deaf ears. She warned him not to show up with the hair the following week.

Antonio’s parents stood flabbergasted as their son relayed the message. His mom settled things with the teacher through a call the next day. She didn’t want to create animosity between them but to set the record straight about her son.

But what she received was less of a conversation from the teacher. “Rules are rules, Mrs. Morales,” the teacher began. “I understand that your son has a reason for having long hair, but it’s not fair on the others.” What she’d do would be horrific.

The Quiet Before The Storm

The next three days were as regular as before Antonio came home with the heartbreaking news. He was smiling and talkative, indicating that the teacher had laid off him.

But unknown to them, the teacher monitored Antonio to see if he had made any changes to his hair as she’d commanded. What she was planning would haunt their precious child forever.

The following week rolled in faster than Antonio’s parents anticipated. It was Monday evening when their son ran into the house with tears in his eyes. He rushed into his room, not even bothering to greet them.

Antonio’s parents followed him to his room. What they found when they pushed the door open made them gasp. How could the teacher take things this far?

Antonio’s once beautiful hair had been reduced to a haphazardly chopped mop of hair. The boy was trembling with wide, teary eyes, and seeing him like this made his parents froth with fury.

Antonio’s parents couldn’t understand how insensitive his teacher was. How could she take things this far after Antonio’s mom explained her son’s hair’s cultural and sentimental importance? They had to stop the teacher soon before she could harm more kids in Antonio’s school.

Their rage was nothing Antonio had ever seen. His parents saw red and would do anything to make this woman pay. He didn’t want anyone to get in trouble, but he was beyond kind words too.

She had taken a symbol of his heritage and blatantly destroyed it. They sat in the principal’s office, and words were flung from both sides. All that Antonio could tell was that his parents were out for more than just an apology.

The five of them all sat in the principal’s office. It was he, his parents, the principal, and the culprit behind his ragged hairdo – his ignorant teacher. She had her arms folded in frustration – as if she was mildly inconvenienced by the meeting.

His parents went straight to the point. They wanted repercussions for what the teacher had done. To cut a child’s hair without their permission and knowing the cultural implications it had. She didn’t even pick up a phone.

His mother shouted, “Why didn’t you phone us? You could have at least had the decency to let us know, so it didn’t have to escalate!” His teacher replied, “I warned him not to have long hair when he arrived on Monday. It was his own fault!”

His parents couldn’t believe what they had just heard. They knew that they had to take matters further when the woman wouldn’t even give them so much as an apology. They looked to the principal.

The principal looked very stressed. Antonio could tell that he was put into a difficult position and had to make a decision. He tried calming his parents, but they wouldn’t budge until something was done.

And after everything, the principal told them that he would add a written warning to the teacher’s file. But when they had no remorse, would it even do anything? Even Antonio felt that that wasn’t much action.

Getting nothing they wanted from the principal or the school, Antonio’s parents did the only thing that they felt they could. They told him that they were putting him in a new school and would be spreading the word about what had happened.

They posted about Antonio’s story on social media to show everyone what had happened to him. It became viral overnight, and many people agree that he never got the justice he deserved. But Antonio is more than happy in the new school that allows him to grow his hair and plans on keeping it long.