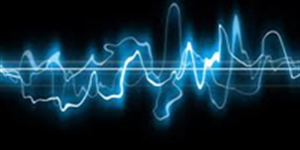 The world, as you, being alive, have probably noticed, can be a rather noisy place. But leave aside the din of traffic, the clamoring television, or, say, the sound of a building being demolished (which is loud, believe me) and let’s turn instead to nature. We tend to think of the sounds of the natural world as being harmonious, blissful, and calming. When you think of “nature sounds” quite likely your mind goes to the gentle songs of birds greeting the dawn, the flow of a little creek, or perhaps the wind whispering through the boughs of a willow? That’s all fine and good but I’m still saying screw it – today we’re talking about the loudest goddamn things nature has to throw at you. EARPLUG TIME, FOLKS!

5 And finally… The Bloop!

The Bloop is a sound that still mystifies scientists today, years after its 1997 detection. It was an extremely loud, very low frequency noise that was traced to somewhere deep in the Pacific Ocean, due west of Tierra del Fuego. It could have come from distant icebergs calving off of a glacier, it could have been underwater seismic activity, or it could even have been some strange animal sound, we’re still not entirely sure. But we do know that it was loud enough to be detected by underwater sound sensors over 3,000 miles apart.

4 Next up, it’s both you and your pets favorite thing to hear at night, thunder!

The apparent differing volume of this phenomenon is usually simply related to your proximity to the lightning that caused it, with most thunder averaging around 120 decibels when measured. That is quieter than a jet engine, but louder than an ambulance’s siren. So why does it seem so much more potent, and why does it last so long (the rumble effect)? That’s because whereas most “sound events” originate from one specific spot, a thunder clap may occur all up and down an extremely long lightning bolt.

3 Shocking, no, that the biggest animal alive is also the loudest, right?

Now we step down remarkably in the pure decibel count, but stay sky high, relatively, in the “Holy hell, that’s loud” department, and discuss the loudest animal on earth, the (drumroll) Blue Whale. (Technically the Pistol Shrimp can “make” a louder noise, but it’s mechanical, not vocal, so forget them.) These majestic shrieking sea mammals can make a sort wailing/whistling call that would be measured at near 190 decibels if it were made in the air. That is enough to do serious if not permanent damage to the human ear. As the sound is made underwater, it is not so deafening-sounding, but it does travel. How far, you ask? Up to of FIVE HUNDRED MILES. Dang, indeed.

2 The volcanic eruption of Krakatoa

Coming in at such a close second that hey, maybe it should be first, is the volcanic eruption of Krakatoa in 1883. This supermassive eruption destroyed more than 60% of the eponymous island, killed some 40,000 people (including those killed by the huge tsunamis it caused), and could apparently be heard over 3,000 miles away. Just think about that: that is like something happening in New York being heard by folks hanging out in San Francisco. Now that is loud!

The #1 and #2 slots for the loudest ever natural sounds are a toss-up, as there is no way to be certain which truly was louder, but suffice it to say that they were both pretty high on the ol’ decibel count. Let’s go with the Tunguska meteoroid strike as the winner, because why not? This massive meteor exploded shortly before impacting the earth in a (fortunately) remote area of Siberia in 1908. The deafening blast of the celestial missile’s explosion knocked down millions of trees over an area of some 800+ square miles. Devastation at its loudest!
So the next time someone tries to rile up a crowd by cheering “Hey, make some noooooiiiiise!” you can calmly say “Excuse me, sir/madam, but if I want any noise, I’ll kindly take strange underwater very low frequency events or 19th century volcanic eruptions, thank you.” Then just sit back and wait for your free beers, which everyone will surely rush to buy you!
Must Read
25 Of The World’s Most Dangerous Roads
Five Friends Took The Same Photo Every Five Years And It’s Heartwarming
These Are The Worst Films Of All Time, According To Rotten Tomatoes