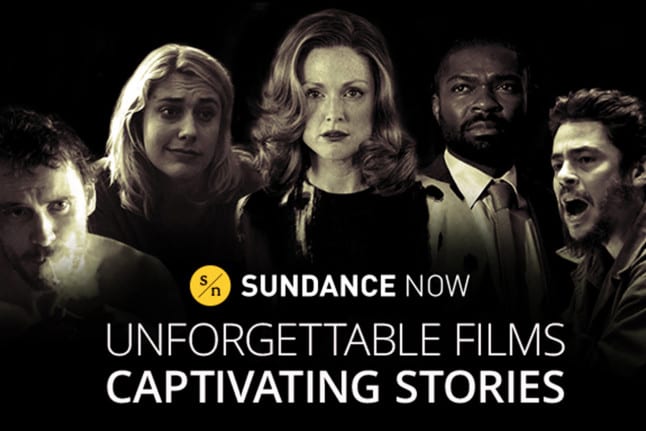 Do you love a good true crime series? How about nail-biting dramas and thrillers? If so – and if you’re looking for a new way to watch them – check out Sundance Now. We guarantee it’s better than Netflix, Amazon Prime, Hulu and most other streaming services.

What Is Sundance Now?

You’ve likely heard of the Sundance Institute. Founded by actor and producer Robert Redford, it’s famous for the Sundance Film Festival, an annual event that showcases new works by independent filmmakers from all over the world. Sundance Now was founded by the same crew. It’s a streaming service that specializes in thrillers, dramas, crime series, and other similar genres that you’ll want to cancel your weekend plans for.

What Can You Stream on Sundance Now?

According to Sundance Now, “We are more than just a streaming service. We celebrate the power of storytelling, and are committed to authentic, emotionally moving stories told from unexpected global perspectives… Built on the legacy of the Sundance Institute, we’re dedicated to showcasing moving stories told by unique voices.”

Sundance Now features true crime series, original dramas, exclusive thrillers and so much more. Here are a few of our favorites.

Need a true crime series to binge? Check out Killing for Love. It tells the story of Jens Soering, who was convinced in 1985 of murdering his girlfriend’s parents. Soering has been in prison for over 30 years, but after watching this series and listening to the evidence behind his conviction, you may doubt if he belongs there.

Have you binged every episode of The Good Wife (perhaps more than once)? If os, you’ll love The Split. It’s a fast-paced, soul searching drama that follows a family of female lawyers who specialize in divorce… Watch what happens when one lawyer quits the family practics to work at a rival law firm. We promise you it will be filled with scandal.

A Swedish film, Force Majeur is a quirky and comedic psychodrama that tells the tale of Tomas and Ebba, a picture-perfect family on holiday in the French Alps with their two children. It looks like the ideal getaway until an avalanche strikes during lunch. What Tomas does next will leave you reeling and show you why the film took the Jury Prize in Un Certain Regard at the Cannes Festival.

Liberation Day is a documentary musical that follows the ex-Yugoslavian now Slovenian cult band Laibach as it becomes the first rock group ever to perform inside the borders of North Korea. As the groups get ready to perform, propaganda loudspeakers divide North and South Korea and belt out the countdown to war.

Where Can I Watch Sundance Now?

You can watch Sundance Now on your tablet, smartphone, or smartTV. It’s available through iOS, Android, Web, AppleTV, Roku, Chromecast, Fire TV, and Xbox. You can also stream straight from the Sundance Now website.

How Is Sundance Now Organized?

Do you get overwhelmed by Amazon, Hulu and Amazon Prime? If so, you may like the layout of Sundance Now. We’ll be honest: it doesn’t offer as many choices are its competitors. But sometimes, that can be a good thing.

Collections, on the other hand, is a bit more fluid. It offers collections curated by Sundance Now such as “Best of2018,” “Unforgettable Docs” and “Edgy Comedies,” but it also works with celebrities who curate collections of their favorites. Want to know what’s on Susan Sarandon’s watchlist? Now you can. (Spoiler alert: she loves a good documentary.)

Will I Have to Watch Commercials?

Nope! You’re paying for a subscription, so Sundance Now believes you should be able to watch commercial free.

Like any good product or service, Sundance Now lets you test it before you invest in it. It offers a free 7-day trial. If, at the end of the week, you decide Sundance Now isn’t for you, no worries. You can cancel free of charge.