Stealing the Spotlight: The Absolute Best Photobombs of All Time 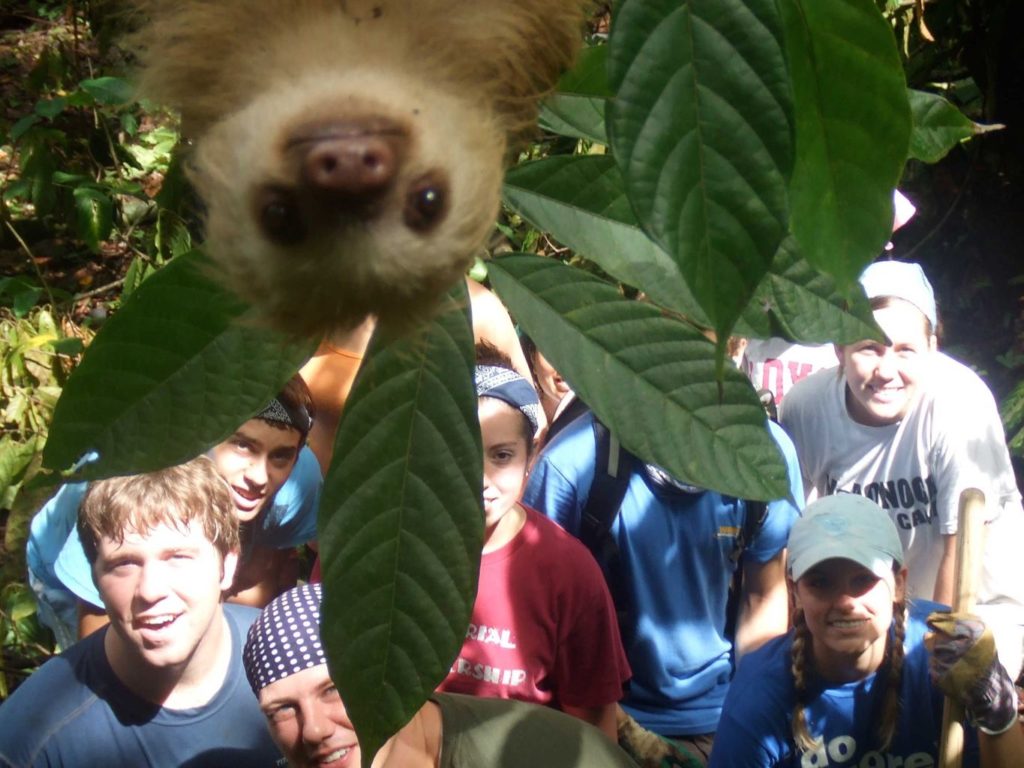 Apologies to professional photographers, but we think the best thing about taking pictures is ruining them. Whether you’re a cat, sea lion or just a human impersonating another animal, photobombing has become an intra-species pastime. The true winners are we loyal internet devotees who giggle and grin at these silly snapshots. If you’re new to the trend or just heard of it, perhaps we can recommend our best photobombs to show you how it’s done? Even if you know what’s up, join us and relive some hilarious moments frozen in time.

Here are the best photobombs of all time: 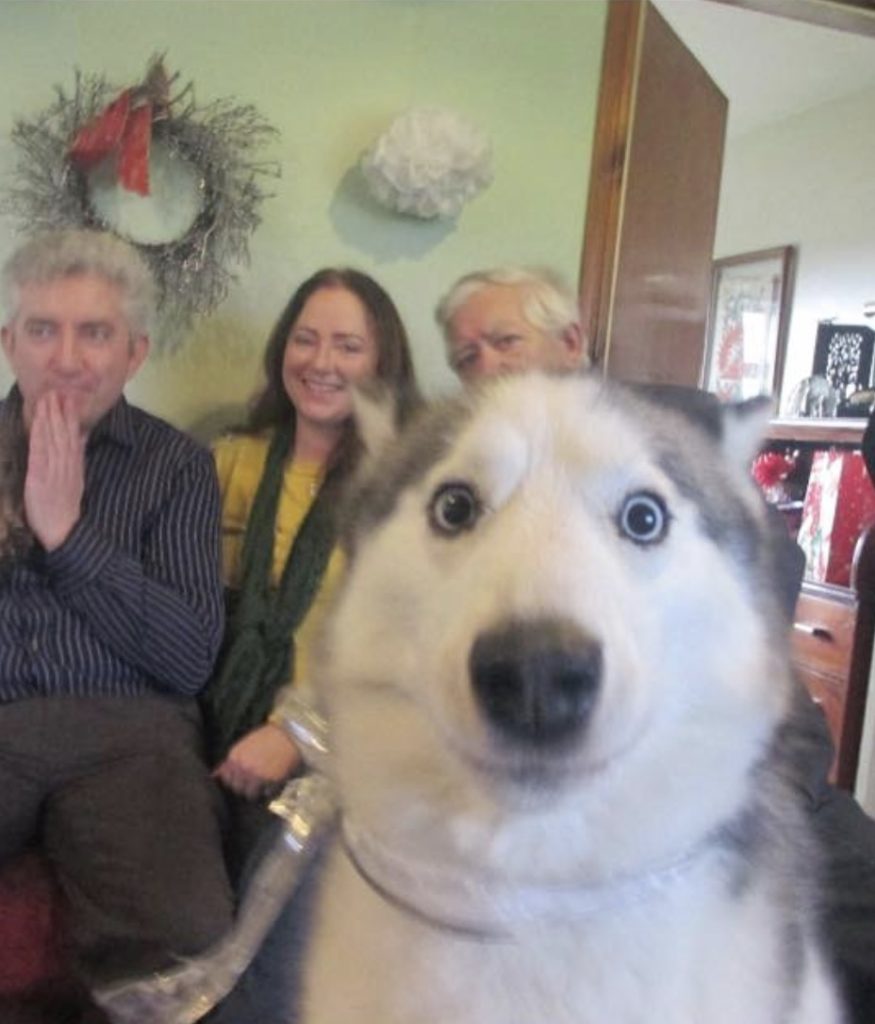 Hey guys, I’m trying to take a selfie here and you all are ruining the picture.

Why isn’t anyone paying attention to me? 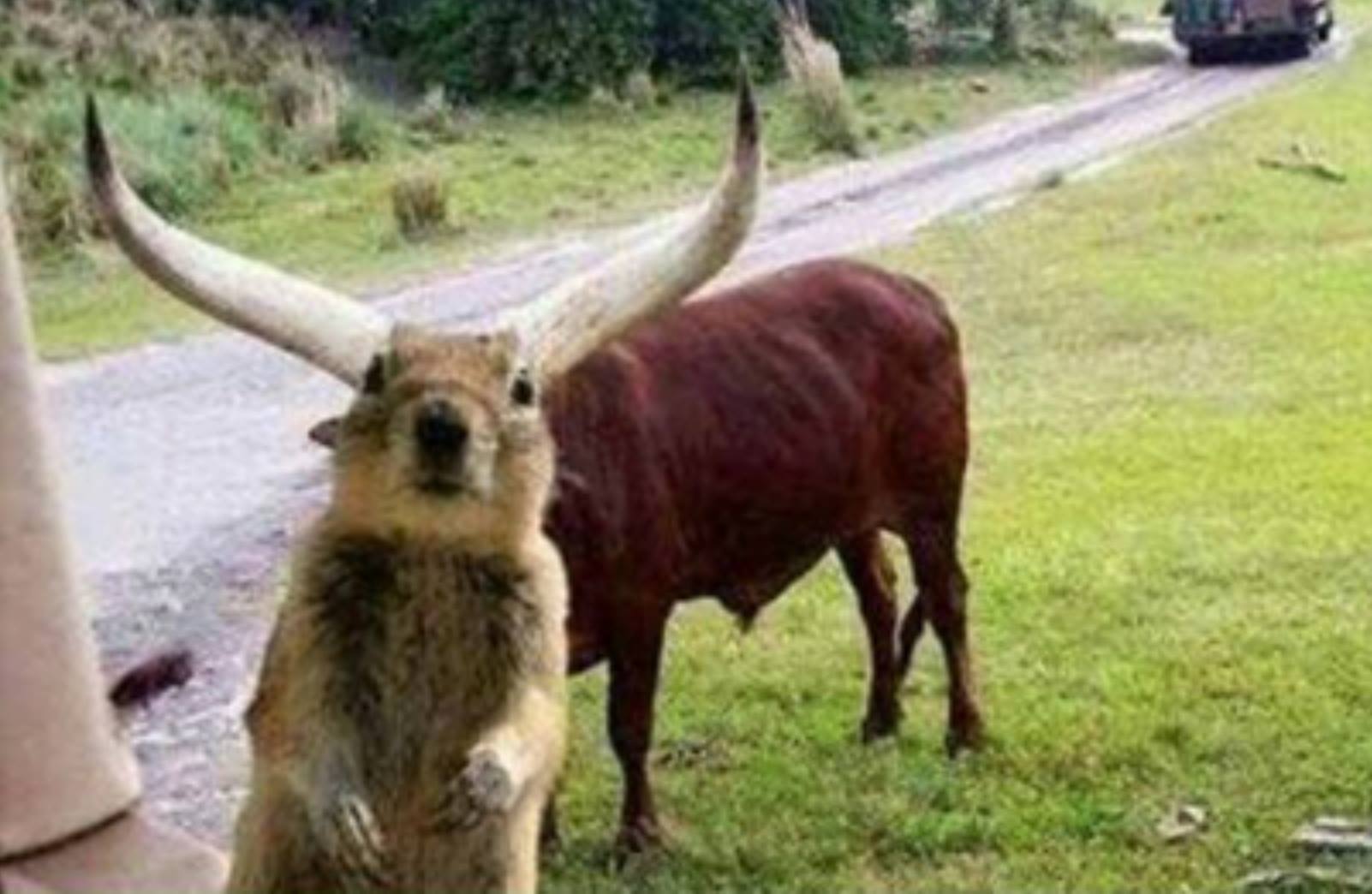 Wait squirrels now grow horns, no It’s a just a case of another epic photobomb.

Reminds you of those weapon-wielding guards from Atlantis. Well they still only exist in the movies as this is just a diver who made a friend. The guy in the background had one job only: to ruin the photo and he certainly delivered. 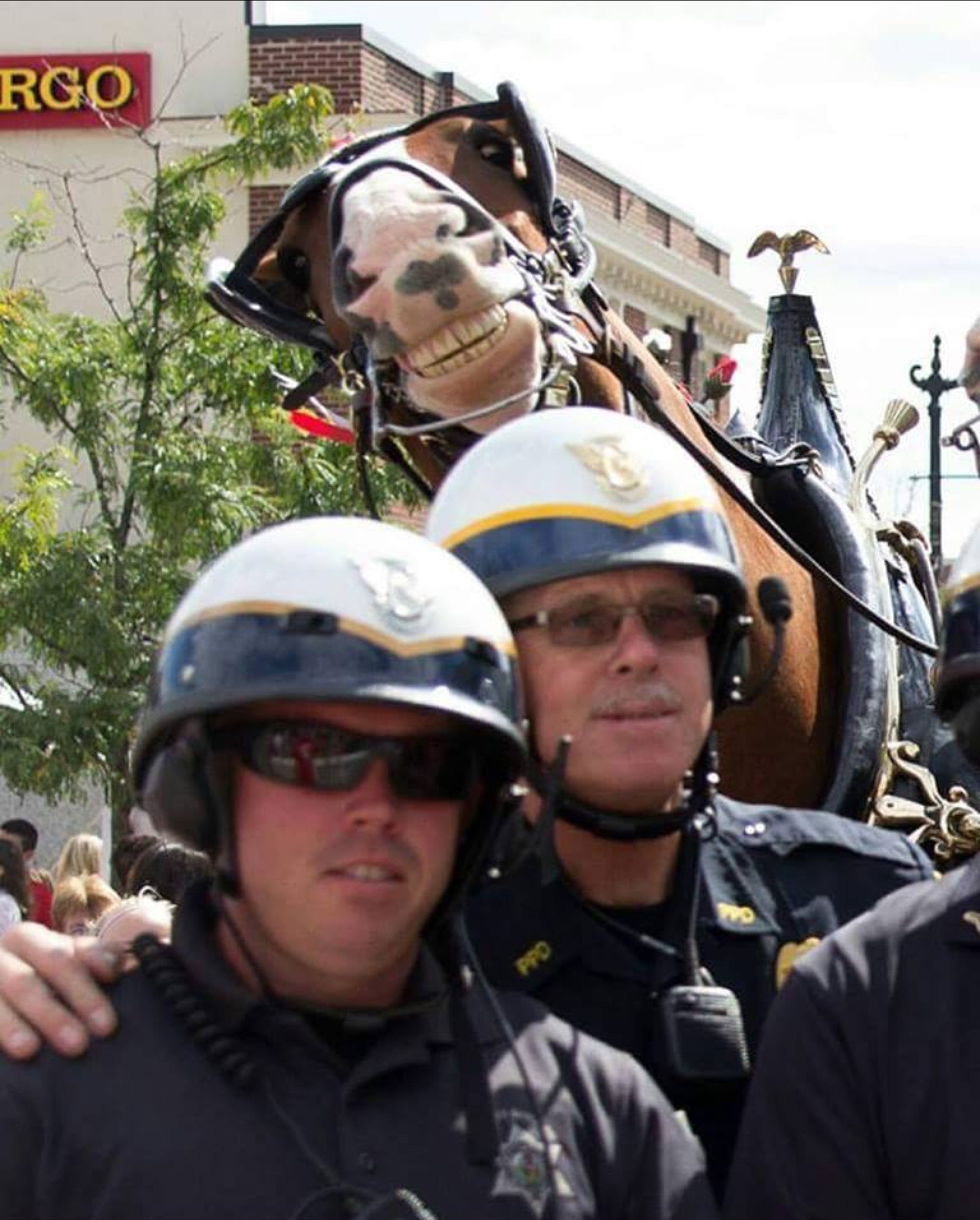 You see me. Yes me that’s how to smile to the camera, officers!

This is one of the best photobombs ever because it is a very rare sight to see such a gorgeous smile from a horse. 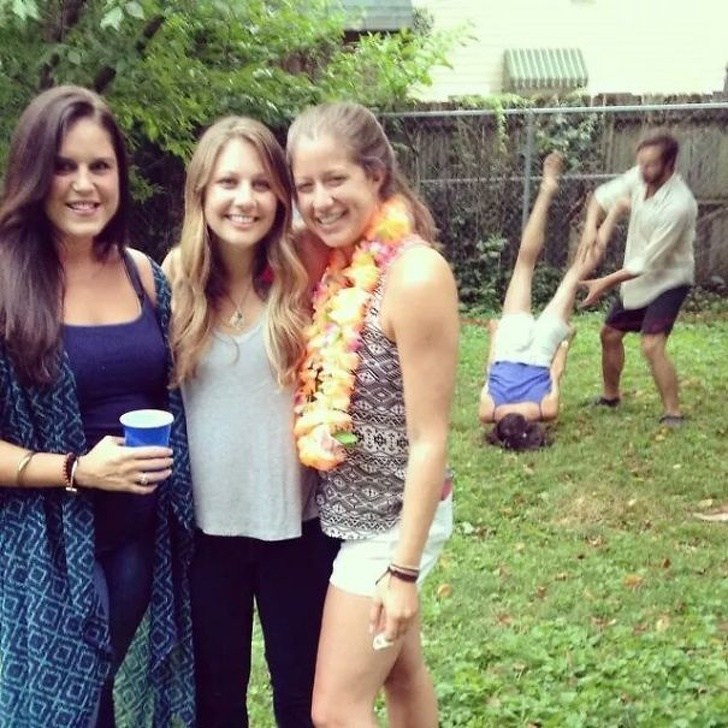 The girls are oblivious of the disaster that’s happening in the background, that fall will definitely hurt a lot.

This is one of the most hilarious yet painful photobombs ever. 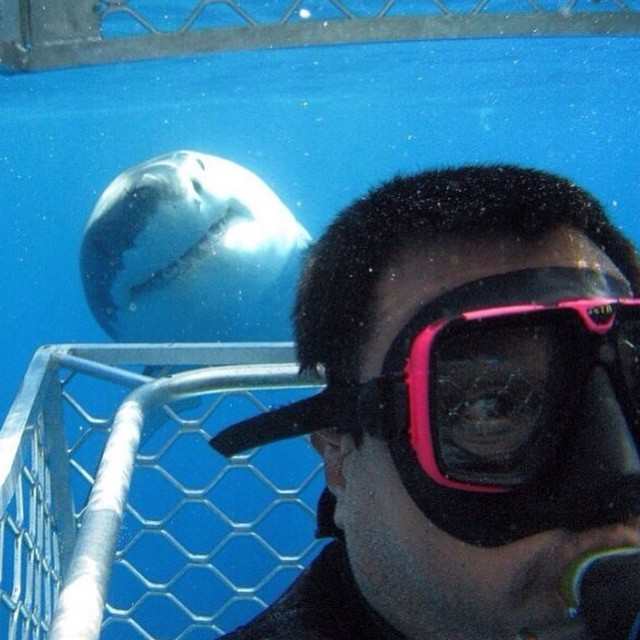 This is one of the best photobombs captured underwater and also terrifying. This dude was obviously trying to share his underwater adventure when a shark decided to be part of the fun.

We don’t know how that ended. 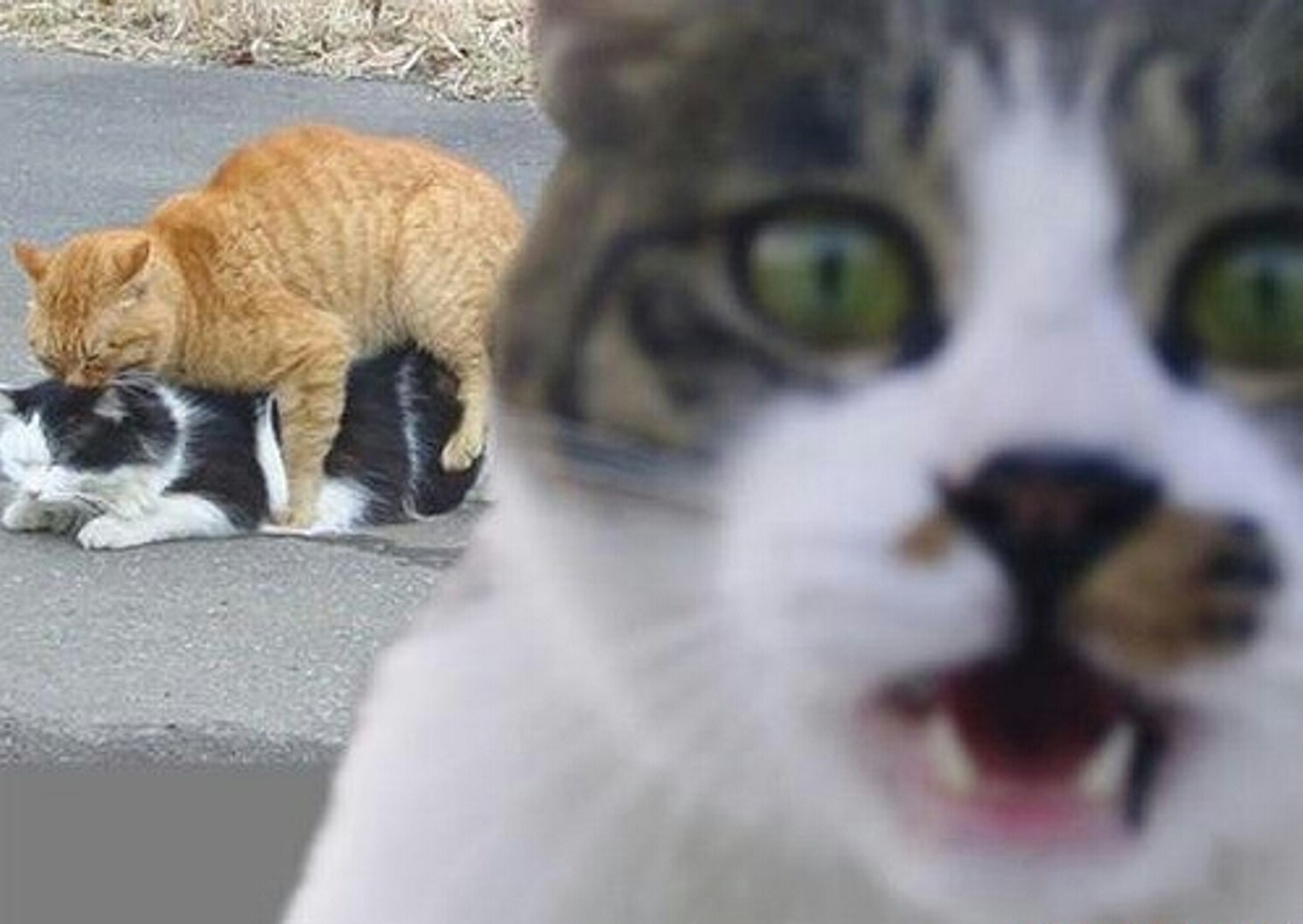 We can only imagine what’s going through the cat’s mind in this picture.  Well, we are also shocked about what’s going on.

This photobomb is probably one of the best photobombs of all time in the animal world. 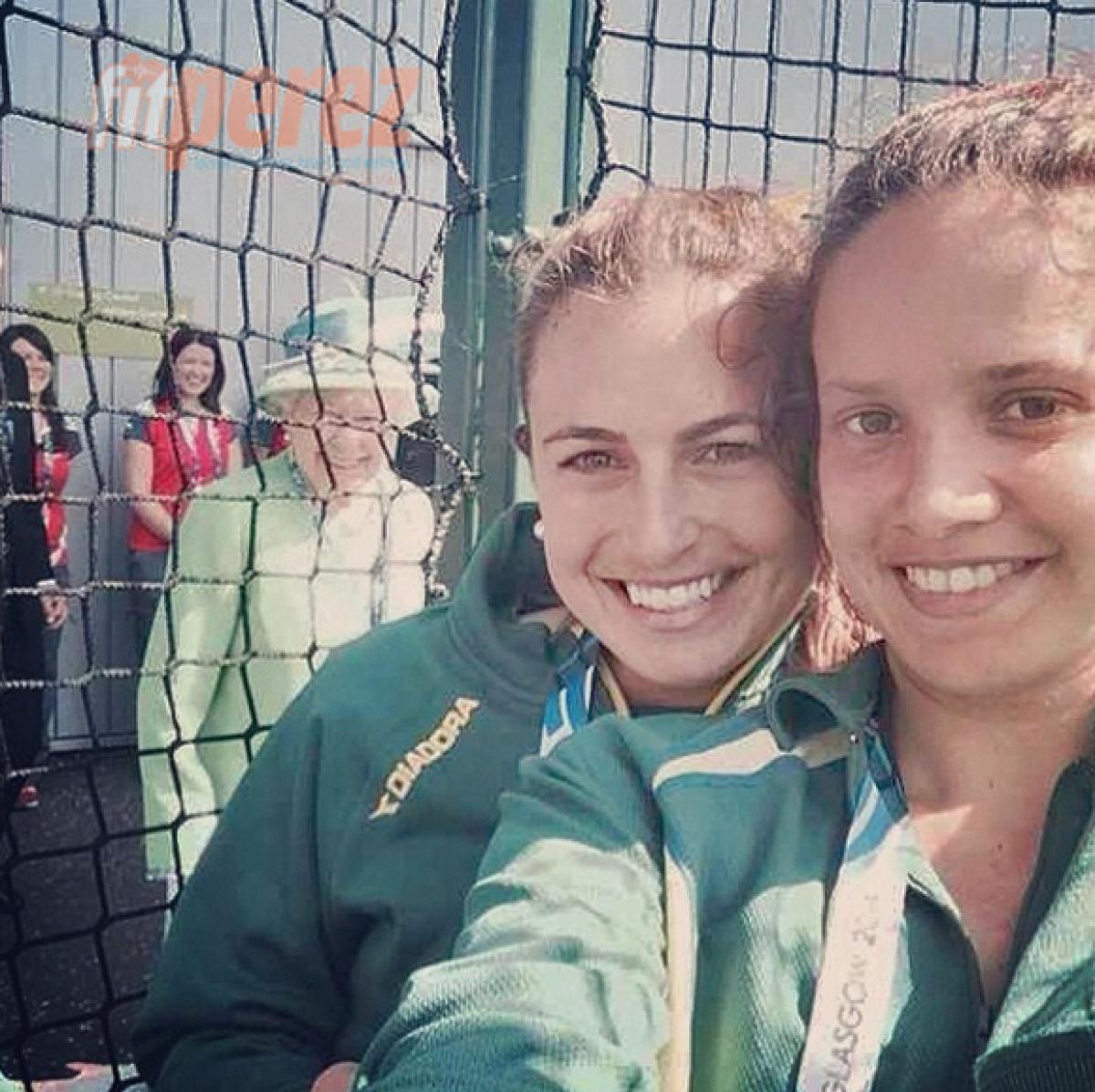 I think this is the greatest unofficial honor you can get as a British, having the queen photobomb your pictures.

That’s one hell of a photobomb.

12.) Police officers can be cool too 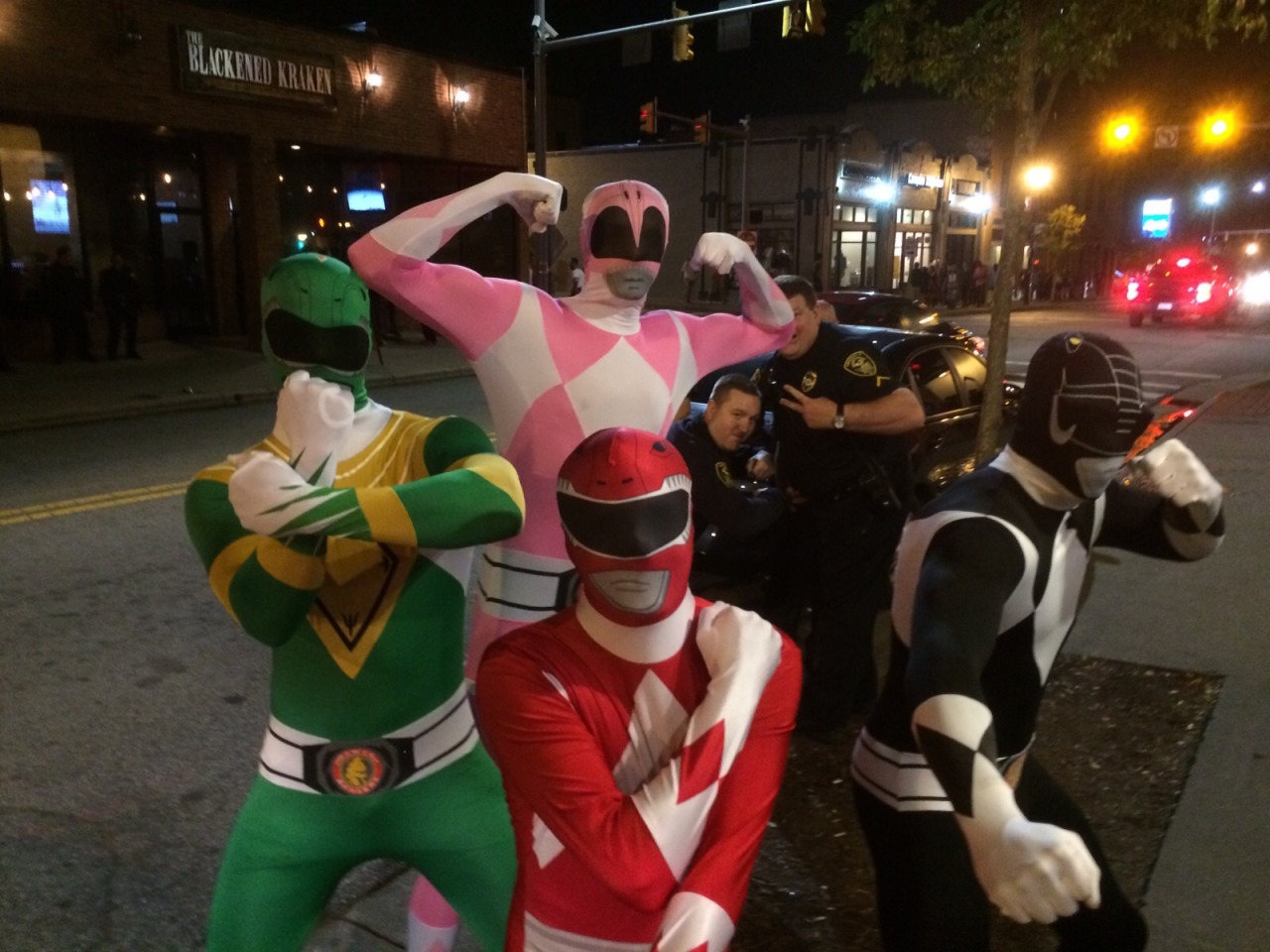 All work and no play makes Jack a dull boy. Also, it’s good to know the police department get along with the Power Rangers.

Tells us we are in good hands. 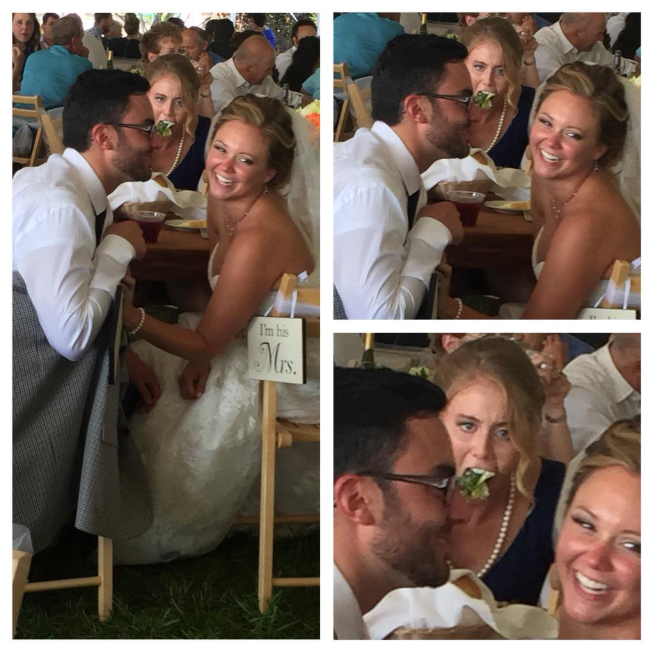 This lady isn’t impressed with the theatrics around her.

She is only focused on one thing, the salad in front of her. 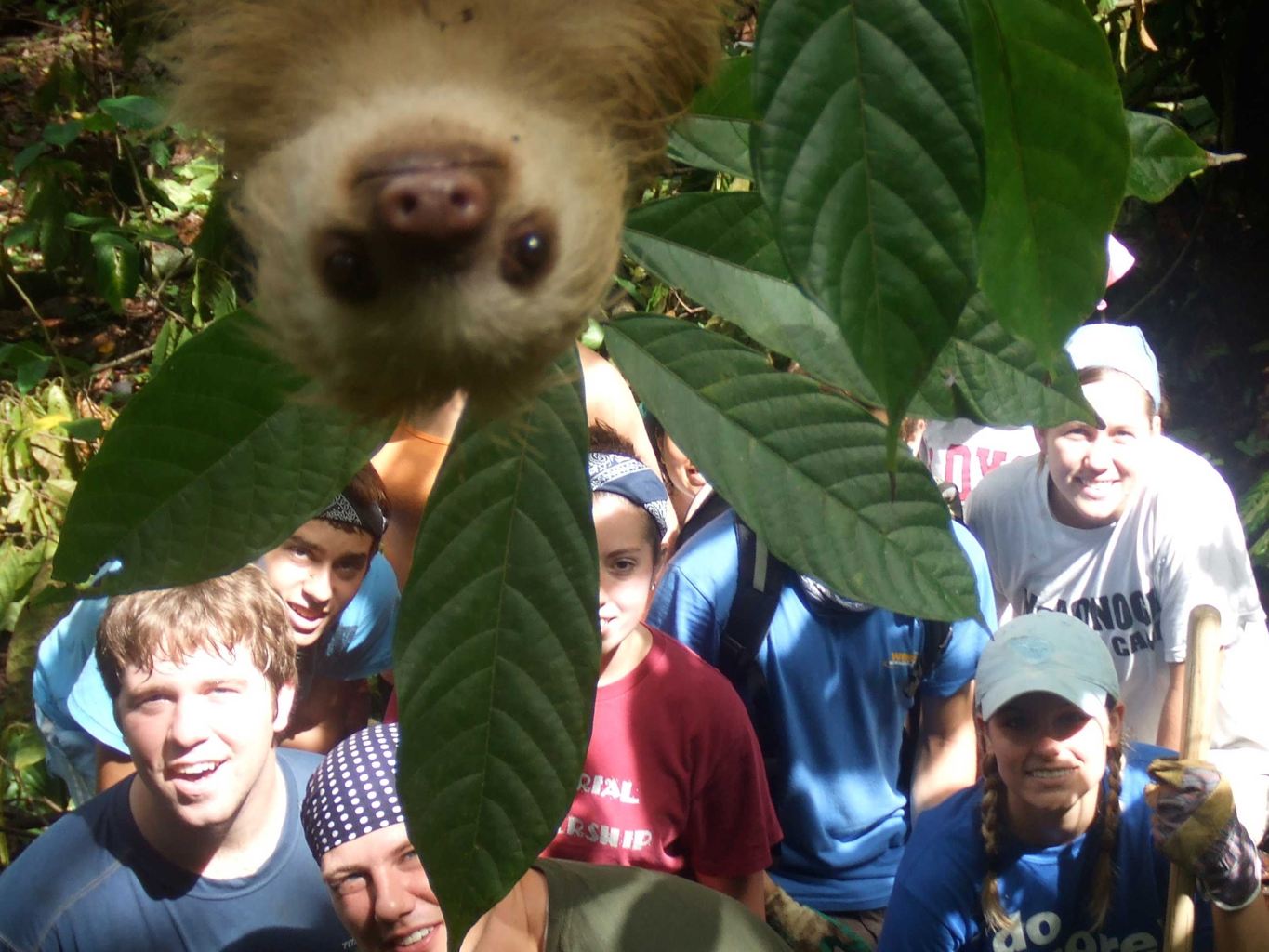 As long as hippies refuse to take showers, anthropologists will continue to photograph them in their natural habitats: drum circles, head shops, protests, organic gardens and the Haight. Well, the first four things pretty much describe the Haight. But, even if you just smoked your last Patchouli-soaked dreadlock, how could you not notice a sloth sneaking into frame?

Notoriously, sloths are the slowest animals on earth (slower than hippies at a late night showing of the Big Lebowski). So, this is more of a hippie fail if anything. That sloth has nothing to be ashamed of. 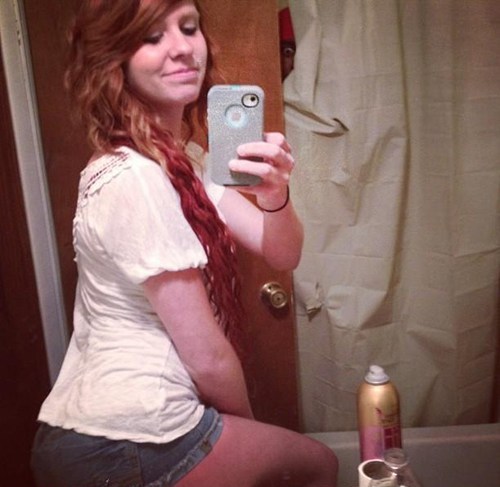 How evil would David Cross be if he had hair? Well, evil enough to take over an entire room. Somewhat unusual for a photobomb—I mean, it’s more of a photo booth-style zoom in, right?—it does a great job of haunting your dreams.

And make you never want to buy ice cream from a mustachioed man again. We won’t make you look at it any longer, because we have a feeling it’ll stay burned into the back of your eyelids. 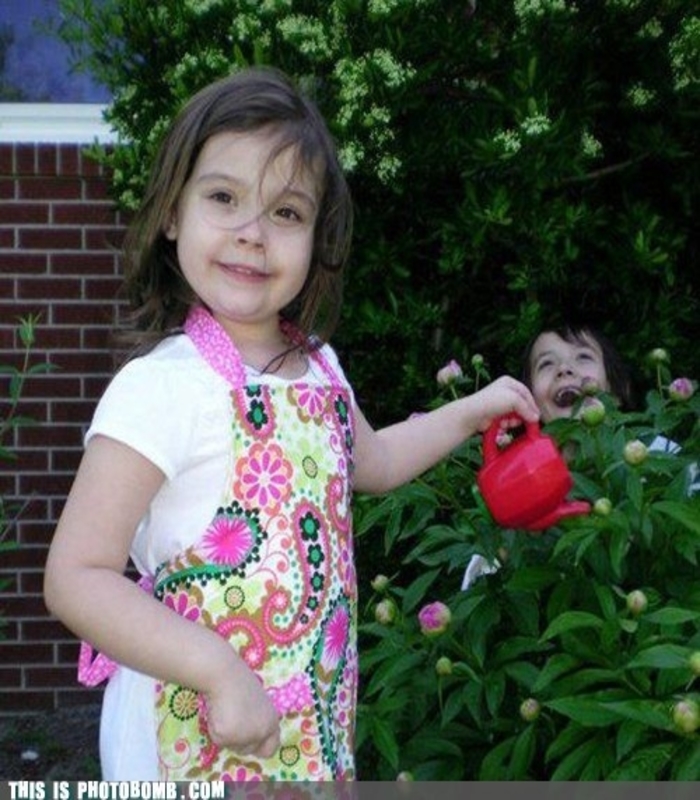 If not for her love of gardening, Samantha might still be an only child (she’ll probably regret this by next Christmas). Of course, you can’t get across the internet without running into something that involves funny animals or children. But is this a funny plant? I mean, look at how joyous his little face is?

Is it not possible that he may be drawing nourishment and bliss from the sustenance his sister is providing him? That’s going to be a weird family portrait. Oh, and bonus points for the paisley apron, young lady. 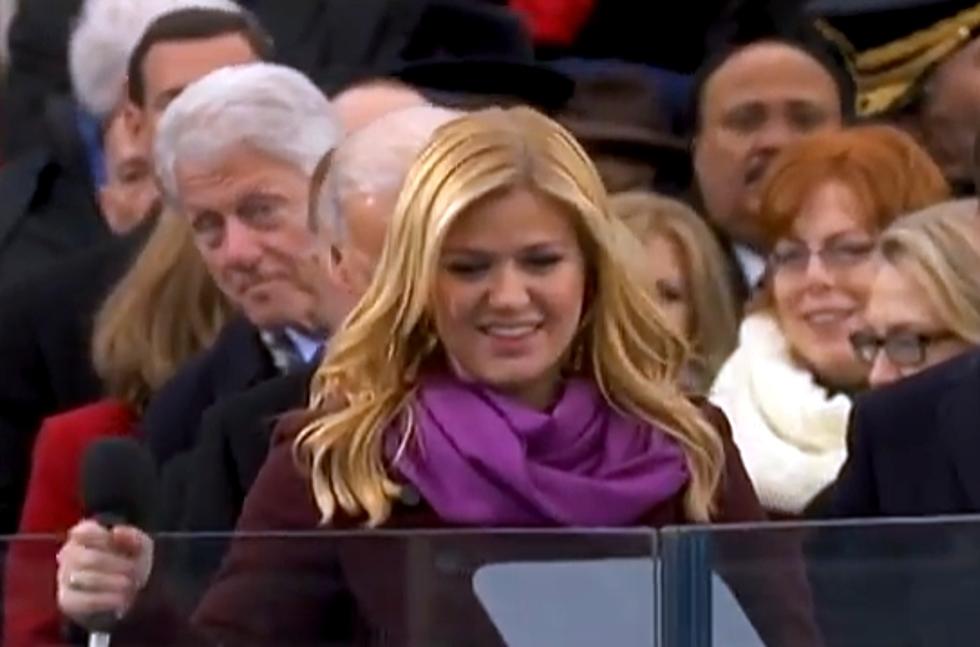 We don’t want to get political, and apparently, neither does Slick Willy. It seems like he’d much rather get sensual. But we know and love Bill—and he’s normally a bit of a chubby chaser. Kelly Clarkson? Maybe if you were twenty years younger and she was blind. Or Bill had guns like the Terminator.

Either way, we’re swearing in this photobomb as hilarious. And we’re considering submitting it to the library of congress. 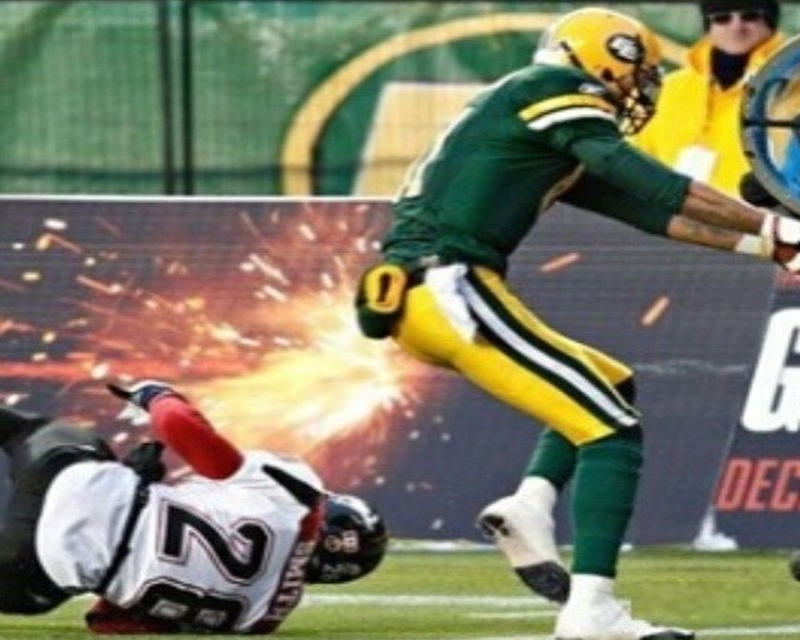 If Chunky is the official soup of the NFL, we don’t want to know what brand sponsors this kind of explosive action. On the bright side, he did manage to unleash this fury on his rival.

Just imagine if this guy were the center and he blasted the QB? That could ruin a whole season. And singe some eyebrows. Hopefully, they have a change of uniforms—I wouldn’t want to be at that homecoming celebration. 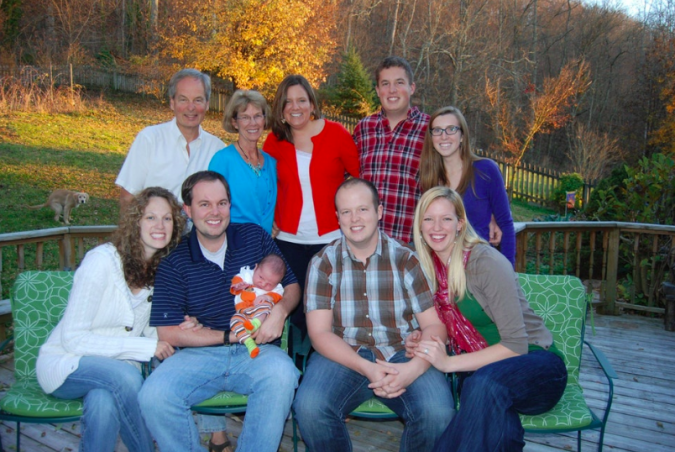 This is slightly hard to spot, but that just makes it all the more hilarious when you find it. Look to the left of the family.

You will start laughing! 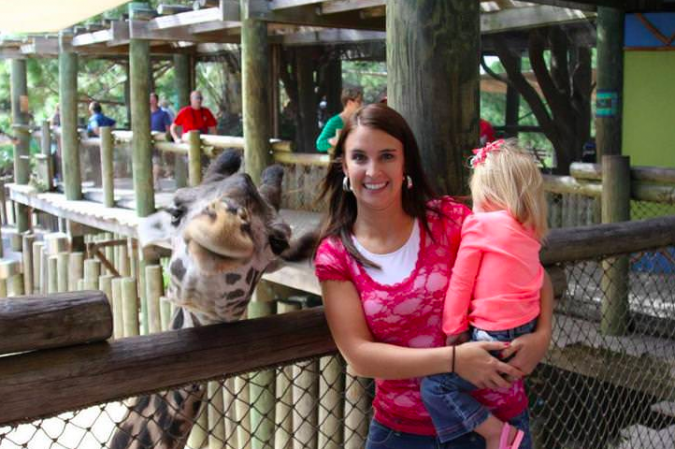 Zoo animals are definitely more friendly than wild ones, but this is too much!

The angle and the smile make us LOL. 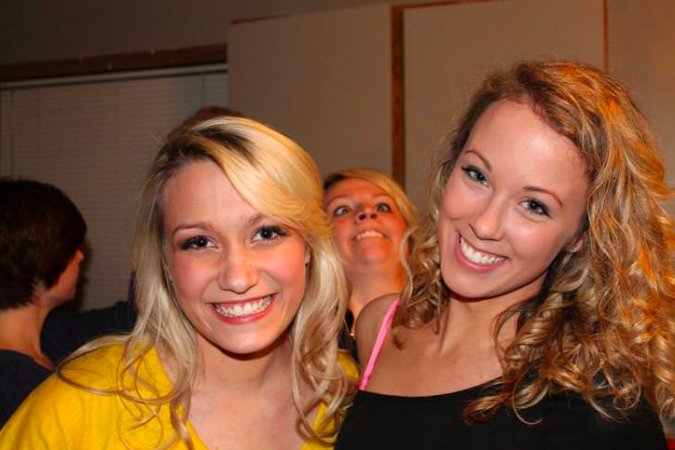 That’s how you know they will be friends forever. 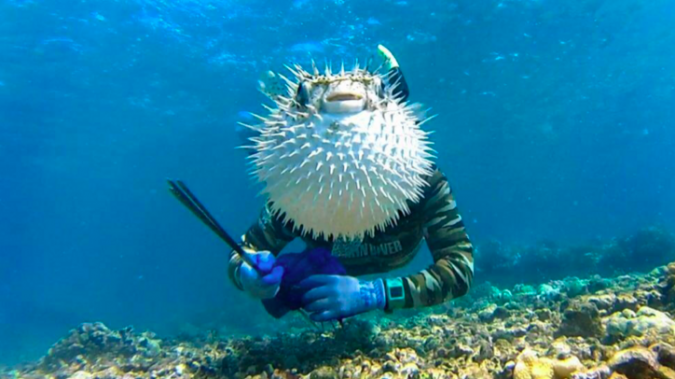 What a good fish. 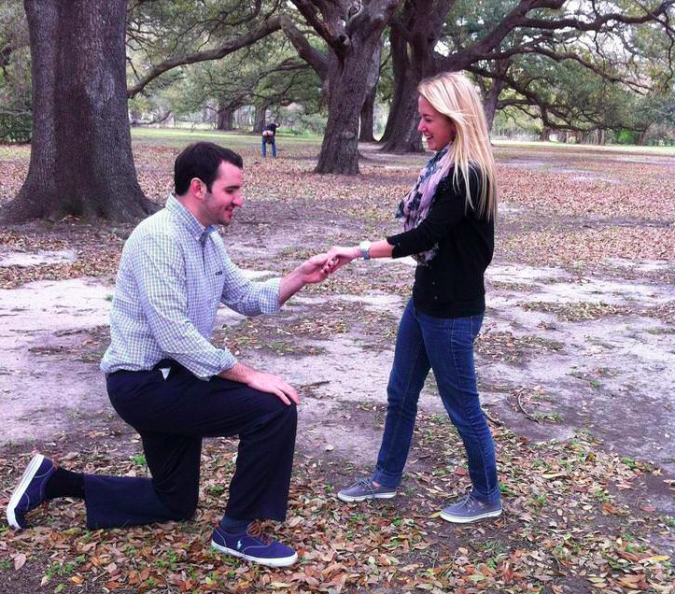 This is an emotional moment for this couple, but then the guy in the background ruins it.

Does he not believe in love?

You'll Chuckle at These Celebrity Photobombs 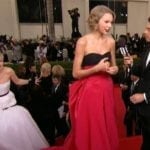