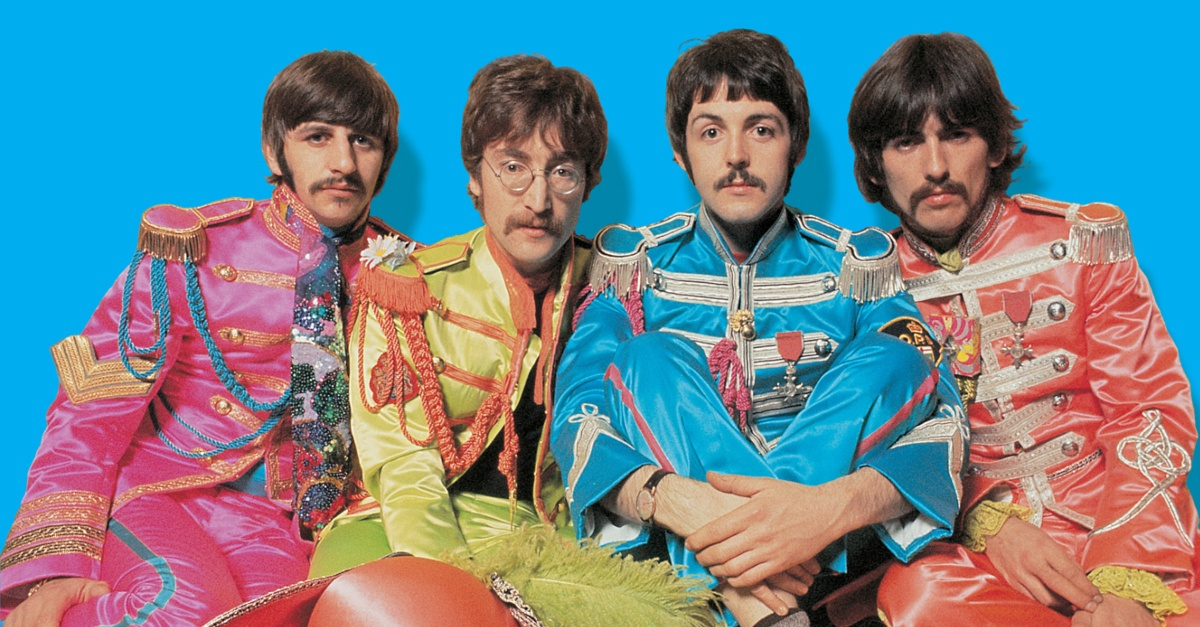 Many artist have stated that the meaning behind their songs are open to interpretation, but some songs have specific meanings that have been lost over time.

Let’s look at some songs that have an entirely different meaning than you might’ve thought.

Dan Wilson suspected that the song would be a big hit with bars.  Many people thought that the song was about people leaving a bar at closing time, but the real meaning is very different.

At the time of writing the song, Wilson and his wife had just had a baby and he was completely focused on that. It has been stated that the song is meant as a comedic pun to be bounced out of the womb.

Many think that ‘Imagine’ is about making the world a better place and repairing the connections we have with the people around us.

However, this song is basically the entire Communist manifesto. When asked about the song in an interview, John Lennon stated, “Because it’s sugar-coated it’s accepted. Now I understand what you have to do—put your message across with a little honey.”

Total Eclipse of the Heart By Bonnie Tyler

It is safe to say that ‘Total Eclipse of the Heart’ is one of the best power ballads out there.

The song was a collaboration with Meat Loaf who later revealed that the song was actually about a Vampire love story. Meat Loaf even tried to add it to him musical, Nosferatu. He has revealed, “If anyone listens to the lyrics, they’re really like vampire lines. It’s all about the darkness, the power of darkness and love’s place in dark.”

Harder To Breathe By Maroon 5

Many people thought that the song was about Adam Levine’s on-again-off-again relationship with his girlfriend, Jane. Most of his songs were, anyway.

But Levine did an interview in which he admitted that the song is actually about the bitter indictment of pressures created by the music industry. He was quoted saying, “That song comes sheerly from wanting to throw something.”

It’s understandable why everyone thinks this song is about whips and leather, especially after watching the spicy music video.

But this song has nothing to do with that happens in the bedroom. Rhianna told Vogue in 2011, “The song can be taken very literally, but it’s actually a very metaphorical song. It’s about the love-hate relationship with the media and how sometimes the pain is pleasurable.”

Slide By The Goo Goo Dolls

Many would be surprised to learn that this is not a love song at all.

John Rzeznik revealed to Billboard in 2018, “I was thinking a lot about the neighborhood I grew up in. ‘Slide’ is about a teenage boy and girl. They’re trying to figure out if they’re going to keep the baby or if she’s going to get [rid of it] or if they’re just going to run away.”

The song is also commonly referred to as “Time of Your Life.”

The meaning of the song gets misinterpreted because people focus on the second part and not the first. It’s actually a breakup song. Billie Joe Armstrong said in an interview that, “I was trying to be as understanding about it as I could. I wrote the song as kind of a bon voyage. I was trying not to be bitter, but I think it came out as a little bitter anyway.”

Most people have heard this song from just about every  “save ___” charity or society.

McLachlan actually wrote this song after Smashing Pumpkin’s keyboardist Jonathan Melvoin passed away from an overdose. The song is more of a painful tribute than it is about personal longing on McLachlan’s part.

Somebody to Love by Queen

You might think Freddie Mercury’s message was clear in the line “Can anybody find me somebody to love”.

But there is another layer to this line. The line is more about Mercury wondering if he is worthy of love, instead of looking for love. He is actually asking, “Can anyone love me?”

In the Air Tonight by Phil Collins

Nope, it’s not about a guy drowning and the other dude not saving him. It just stems from the singer’s anger during his divorce.

“I was just pissed off, ya know? I was angry,” Collins told Jimmy Fallon on an episode of “The Tonight Show” in 2016.

But the song is a lengthy 8 minutes, and many forget there is heavy reference to the plane crash that killed Holly, Ritchie Valens, and J.P. Richardson. “People ask me if I left the lyrics open to ambiguity. Of course, I did. I wanted to make a whole series of complex statements. The lyrics had to do with the state of society at the time,” he said.

Born in the USA by Bruce Spingsteen

Even now, you can’t take five steps without hearing this song attached to some patriotic movement … or holiday sale.

However, the singer firmly stated that it’s a critique of America’s involvement in the Vietnam War – as well as the post-return deaths of soldiers through neglect, homelessness, addiction, suicide, and general lack of eternal support.

I Will Always Love You by Dolly Parton

Yes, Miss Parton was the original singer. Ms. Huston only revamped it.

Her lyrics weren’t meant as a tragic love song. They were written during her decision to leave her mentor, Porter Wagoner. They both loved working on his show, but she needed to move on.

Rock the Casbah by Clash

The song is about Ayatollah Ruhollah Khomeini’s 1979 broadcast music ban in Iran.

“I started to wail about the muezzin and the sheiks and the oil in the desert. Somebody’d told me earlier that if you had a disco album in Tehran, you got 20 lashes. And if you had a bottle of Johnny Walker Black Label whiskey, you got 40 lashes,” he said. “I couldn’t get this out of my mind, so I was trying to say fanaticism is nowhere. There’s no tenderness or humanity in fanaticism. That’s what I was trying to say in ‘Rock the Casbah.'”