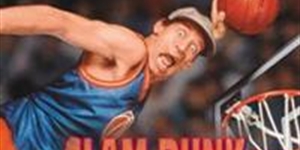 If the world were a rational place, athletes and movies would go the way of most every Hollywood marriage and get a bitter divorce. The sacrilegious combination of sports stars and film has birthed some of the most horrendous crimes against the human senses that have ever been committed, and it’s high time it was put to an end. But since we know that isn’t going to happen, we might as well enjoy making fun of it. Here are the top five worst athlete-movie combinations in history.

What? An Ernest movie made a list for being terrible?! We’re as shocked as you are. Now we’ll give you a moment to pick your jaws up off the floor. Better? Anyway, in this masterpiece our beloved leading man Ernest decides to join his company basketball team, but there’s just one problem; he’s no good. At least until an angel (played by Kareem Abdul-Jabbar, because why the hell not?) gives him a pair of magic sneakers that give Ernest super-speed and the ability to fly. Thanks to his newfound basketball prowess, Ernest leads his team to a championship, which inexplicably earns them an exhibition game against the Charlotte Hornets. And though Kareem’s angelic depiction is probably only the tenth worst thing in this puke pile of a film, he’s still a party to the madness. May God have mercy on his soul…

This film was tough to include on the list; partly because there was a feeble but genuine attempt at making a movie with heart, but mostly because it’s hard for us to legitimately consider Gheorghe Muresan an athlete. The guy was an 8-foot-tall Romanian with all of the athletic dexterity of an epileptic giraffe. Nevertheless, he was in the NBA in the 1990s, which evidently meant you had to make a terrible film… and boy did he. Whatever Muresan lacked in pure basketball skills, he lacked in dramatic inclination tenfold, and Billy Crystal’s fast-paced quipping doesn’t help as it makes Muresan’s already slow, broken English sound like a distorted cassette on its last legs. That being said, this is one of those movies that’s an absolute must-watch for all the wrong reasons.

The idea struck some genius producer back in the late-90s. Dennis Rodman was marrying pseudo-celebrities, wearing dresses, and his hair was super-whacky. So the question was, “How does this guy NOT have a lucrative movie career?” Enter the 1997 cinematic craptastical ‘Double Team.’ Rodman’s film debut was, to say the least, an inauspicious one, somehow made even worse by teaming him up with the linguistic prowess of Mr. Jean Claude Van Damme and adding Mickey Rourke at the height of his irrelevance and insanity. Essentially, this remarkable depth of misguided ingredients combined to make ‘Double Team’ into an inedible 7-layer dip of silver screen shame.

“Who on earth can we get to play the hero in this epic action flick featuring a valiant firefighter who battles a group of ex-convicts and a raging inferno to save the life of a beautiful ornithologist (bird-studier)?”
“I know! How about former Oakland Raider great Howie Long?”
“Why?”
“Because, what equates better to high-quality dramatic acting than having played football really well?”
“I love it!”
Did you have trouble following the logic of that exchange? Well you should have, because there was none. And it is exactly what led to ‘Firestorm’ assaulting everything you held dear about the art of cinema back in ’98. Damn you Howie Long, damn you.

A seven-foot tall genie that grants a young boy wishes sounds like a solid premise for a kids’ movie doesn’t it? But wait, what if the genie emerges from a boom box, and is played by Shaquille O’Neal? Oh, and he raps. Well, then it goes from sounding like a solid kids’ movie to sounding like a torturous dump on film. And yeah, that’s exactly what it turned out to be. Poor Shaq, while he seemed to genuinely enjoy the craft of acting, he managed to turn out such a crap-tastic IMDB page that he could’ve filled this entire list himself… easily.

So there they are, the very worst pro athlete abominations ever committed to film. If you have the spare time and you happen to truly hate yourself, you should try watching a few. Maybe even come up with a list of your own, because God knows a list of five isn’t nearly extensive enough to cover all of the cinematic atrocities committed by misguided athletes and douchebag producers.

Favorite Flicks: 5 Movies You Can Watch Over and Over and Still Love 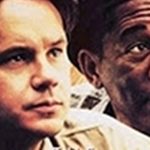