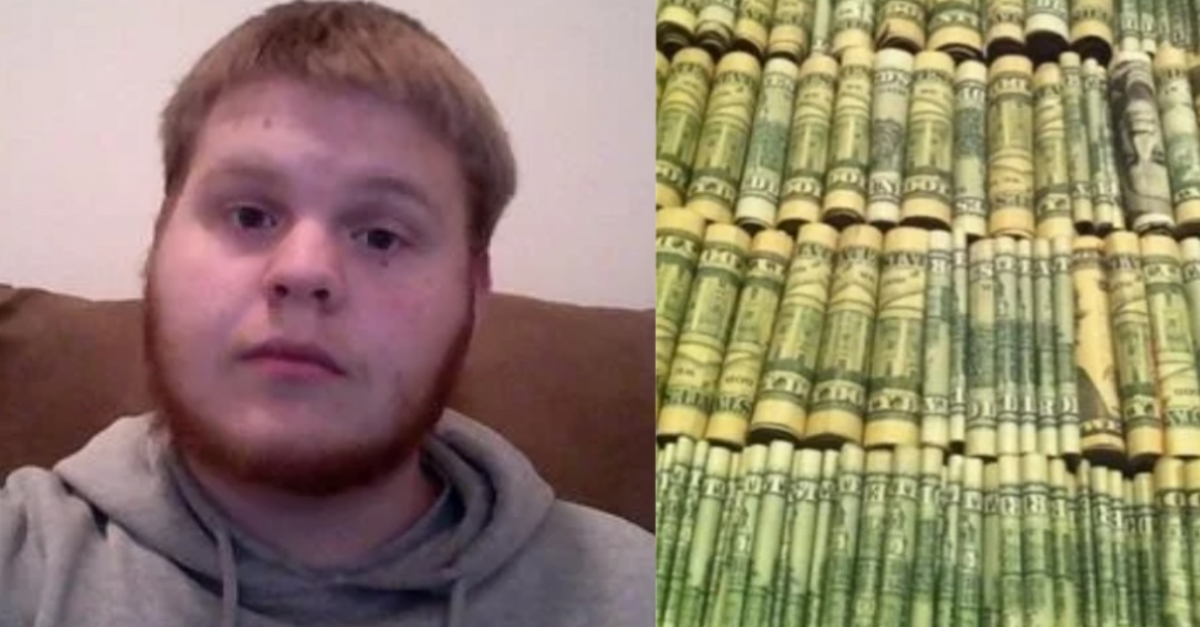 Alex looked at what his brother showed him on the screen, hardly hearing his words. Suddenly, he was overwhelmed by different emotions.

So this was what he had been doing with his money, and he had been keeping it a sneaky secret for years. His face crumpled as tears filled his eyes. Soon, everyone would know what his brother had done.

Like many graduates, Missouri resident Alex Burkemper completed his university degree in 2017 and immediately began looking for a job and a place to stay.

With a stack of student debt looming over his head, he knew he couldn’t afford much. But still, he was determined to become independent and move out of his parents’ house.

Luckily, Alex had a brother who had gone through the same situation. Todd knew that the first few years after graduating can be extremely tough, so he opened his arms to his brother and invited him to stay with him in his home in Wentzville.

From the outside, it looked like a normal situation – a brother just trying to help his sibling out. Little did Alex know, his brother had ulterior motives.

Alex dreaded the humiliating thought of having to move back into his parents’ house.

After staying on campus for years while he completed his degree, he couldn’t bear the thought of having to abide by his parents’ rules now that he was an adult. He had to stand on his own two feet now. So Alex accepted his brother’s offer. But it came with a catch.

Todd let his younger brother move in with him on one condition: he had to start paying rent after staying for six months.

While this arrangement gave Alex some breathing room to find a job within six months, he had to put paying off his student debt and his dreams on hold. But, it wasn’t like his older brother needed the money.

Todd had been much luckier than his younger brother. Right after completing his studies back in 2011, he had managed to land a good job with excellent pay.

He worked as a software developer and application designer for a large firm. and although he also had student debt, he was able to pay it off and buy himself a house and car in just a few years.

So, after the six months were up, Todd demanded rent money from Alex. Although the brothers were close, he started charging him $350 a month for rent – not too unreasonable considering that he was renting to family.

By that time, Alex had secured himself an entry-level job, but the majority of his money went to rent, student debt, and living expenses. But he had no idea what Todd was really up to.

Alex ended up staying with his brother for years. He wasn’t able to save enough money to move out because of rent and his student loan debt, but if he hadn’t graduated, he probably wouldn’t have gotten a job at all.

It was the same catch-22 situation that many young Americans are faced with. Every month, he diligently paid his brother the rent. But what did Todd need the money for?

After two and a half years of paying $350 per month, Alex had paid his brother a total of $10,500 in rent. And every month, Todd secretly stashed it away.

Alex never even suspected, let alone found out, what his brother was actually doing with it. And, it turned out that everyone was in on the secret… everyone except poor Alex.

You see, Todd had a big plan for his brother’s money. Although he could have used it for his own expenses or invested it into something with big returns, he decided to keep every last cent in a secret savings account.

But after two and a half years of living together, a problem arose between the two brothers.

Alex began to get restless. Living as a tenant is difficult, even when you’re living with family. He wanted to strike out on his own – paying rent for so long made him realize just how much money he was throwing away every month instead of investing in a house of his own.

Even though he wasn’t much more financially stable than he had been when he graduated, he decided to move out. Todd tried to talk him out of it. He was thinking about the money.

Now that Alex wanted to move out, everyone in the family tried to discourage him. But why?

“Todd told us he was doing this from the start but asked us to please not let Alex know. It’s very hard for me to keep a secret. So every time Alex mentioned looking for a home, I would talk him down telling him it was not the right time to buy,” their mother, Barbara, confessed.

By May 2020, Alex had reached the end of his tether. He was ready to move out of his brother’s house, and nothing was going to stand in his way.

Todd knew it was finally time to reveal the secret they’d been keeping for almost three years. He invited their parents over to witness the big reveal.

“This time, I knew he was serious, so my husband and I could not wait until Todd told Alex,” said Barbara.

Barbara brought a camera to film Alex’s reaction to the big secret. Todd began by showing Alex his phone’s screen. It was the accumulated balance of all the rent money Alex had paid over the years. “This is yours,” Todd said.

“So, you know how I started making you pay rent a couple of years ago? I just saved all the money and put it in a savings account,” Todd said.

“That’s for you, for your new house. I didn’t want you to have to struggle like I did.” Alex felt like he was on a rollercoaster of emotions. Then, he burst into tears of gratitude.