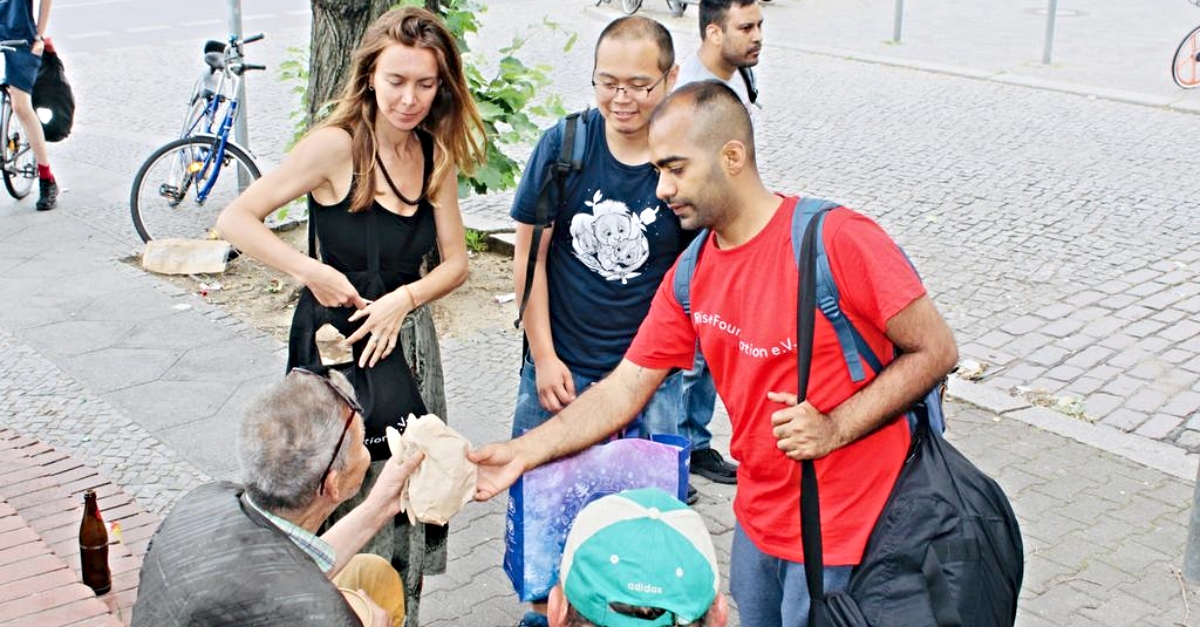 A person’s day can be made better by thoughtful, unanticipated actions. In actuality, being kind has advantages that have been scientifically verified. For instance, studies show that kindness improves life satisfaction, happiness, and feelings of well-being across the board. Therefore, we encourage you to carry out and participate in random acts of generosity.

Enjoy these people’s accounts of the ways in which total strangers brightened their day. The most heartwarming tweets and Reddit postings from people who were moved by impromptu but important acts of generosity are collected here. They will send you on a serotonin high.

I crashed my motorcycle on a back-country road. A group of bikers found me and called one of their friends to bring a truck.

They took me back to my apartment and took my bike to one of their guys who lived close to me and stayed with me to monitor my state. They ended up taking me to ER a couple of hours later because I started repeating myself. I had a concussion.

I fainted on the subway once, and a kind, elderly Chinese woman who spoke no English, waited with me, held my hand, and fed me grapes while we waited for the EMTs.

When they finally came, she patted my hand three times and put my hand on her heart before leaving. I will never forget that woman.

I was in a crowded supermarket a few months ago. I asked a young lady to grab a half-dozen eggs, and she took the time to go through three trays, carefully inspecting each egg, before handing a suitable set to me.

I know it was only about eggs, but I often think about that random act of kindness.

I was at a restaurant with a few friends and saw an old man eating alone. After a little while, a girl, probably in her early twenties, went up to him and asked and asked if she could join him.

They sat and talked. When the cashier returned, the young girl asked to pay both checks. The cashier smiled and told her someone else had picked it up. It was the coolest moment of my life.

I was 9 years old, waiting for the school bus in the winter. I had a thin coat and no hat or gloves. A woman driving past saw me and stopped, giving me a blanket from the back of her car.

It was a long skinny one, so she wrapped it around my head and shoulders like a big scarf. I remember thanking her but being confused. I told her I didn’t know how I would give it back when I was done borrowing it. She hugged me and said not to worry. I still have that blanket.

I was a single mom. I had just been laid off, and I was really hurting for cash. Then my engine broke. Things were really tough.

A friend of a friend heard about me and gave me a car. That’s right, a car. She gave me a Ford Focus. She saved me. I will never forget you, Marylin.

Doing It For Free

We had a man wait outside a restaurant for God knows how long. When we got to our car seats and our brakes were visibly sad.

The man replaced our brake system for free to keep the kids safe because he knew it would be expensive. He was our savior, and I’ll never forget that man for as long as I live.

I took my sister, who was in a wheelchair, to the cinema for the first time on my own. In the end, I realized I couldn’t undo the brakes and was blocking everyone.

I felt like crying because I thought everyone was annoyed at me, but some lovely lady helped me, then took my sister and me out. She said she once had a son who needed a wheelchair. This was long ago, but I’ll never forget what happened.

The alternator of my car died while I was driving home from college. The engine died as I exited the freeway in the middle of the night in a not-so-pleasant part of town in the days before cell phones.

As I was pushing my car out of the intersection, a guy in a truck came up and offered to push my car to my neighborhood, which was a good three miles away. He does so, and as I’m pulling into my area, he simply gives a wave and drives off into the night. I never even had a chance to thank him.

A Bunch Of Quarters

When I was 14, my dad had an aneurysm. I was home alone with him, there were no cell phones, so I couldn’t get in touch with my mom.

At the hospital, I was in the waiting room crying when a woman came over and handed me a bunch of quarters to use the phone. I’m fairly certain she was an angel.

I was out of work at a time when I needed to support my mother. I finally landed a job, but I had to walk back and forth, and I didn’t have any shoes that would hold up on the walk or the work.

My mom went to Facebook and asked around for some hand-me-downs we could buy from someone. A day later, a very kind man showed up with a brand new pair of really nice shoes he had just gone out and bought for me. He left before I could even get any money for him. I cried.

On The Road To Ballet

When I was 9 years old, on the bus to ballet, an older guy sat too close next to me and started whispering.

An elderly woman came over, sat down, and said, “Louise (not my name), how’s your mom”? She stayed there chatting until my stop and walked me off the bus. She was my savior.

When I was 8 months pregnant, I slipped on some ice and fell, knocked out cold. When I came to, there was a crowd of strangers around me, all without coats.

This was in Saskatchewan, Canada, in December. Their coats, I realized, were all on top of me, except the one under my head. It was like a scene from a movie.

I was having a bad morning, and I stopped for coffee. A woman next to me stared at my ID badge and began to cry.

I did her liver transplant last year. She was so sick then. Today, she had her hair done and makeup on. The woman looked fabulous. She was unrecognizable. She gave me a big hug. I love my job.