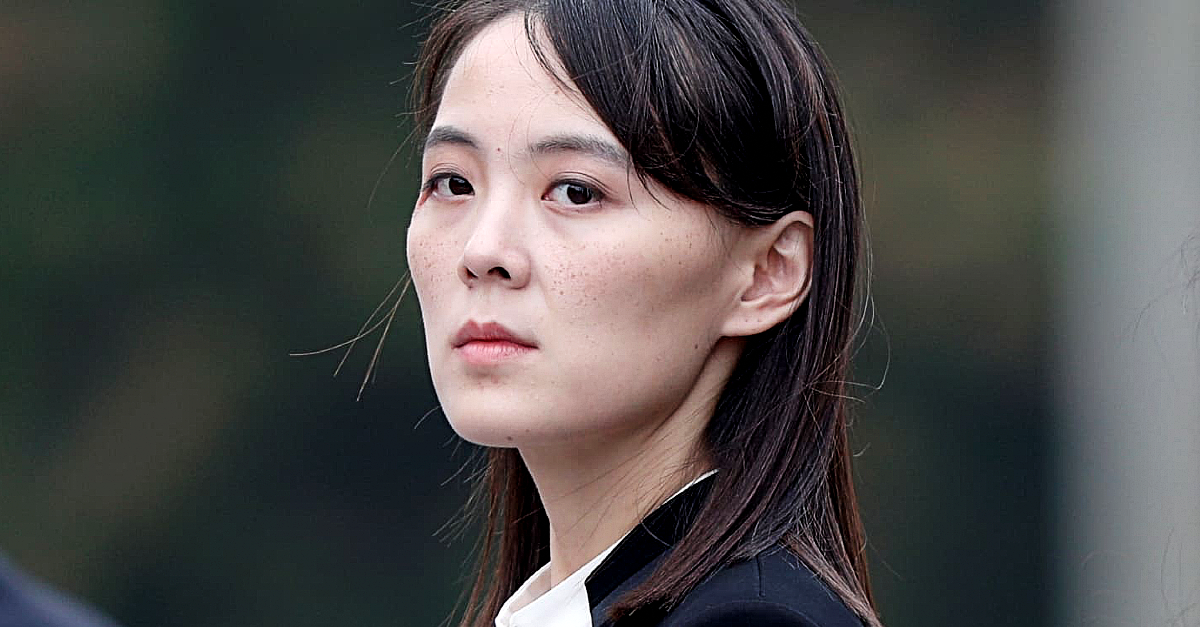 North Korea’s dictator Kim Jong-un may very well be the closest thing this world has to a real-life supervillain. He is the evil behind the totalitarian dictatorship or the Independent socialist state the North Korean people are under.

The majority of his people live in an imprisoned society while in a perpetual state of starvation, resorting to grasshoppers, mice, and frozen potatoes to survive.

Kim Jong-un is worshipped by his people who have been brainwashed to adopt a cult of personality around the Kim dynasty. The narrative that Kim Jong-un and his family were God’s has been part of their propaganda since they took power in the late 1940s.

With no electricity or mobile phones to surf the web and get educated, North Koreans believe wholeheartedly that their leader is a God. A God that enforces many rules to be followed.

Now that you understand a bit more about the outrageous actions of this narcissistic dictator, one can only imagine how limiting life as his wife must be.

Well, imagine no longer. We’re here to tell you exactly what we know about the life of this man’s wife and how he forces her to follow these strict rules.

When Kim Jong-un’s father, Kim Jong-il suffered a stroke in 2008, he panicked about his successor and future family empire. He swiftly ordered his son to marry the most eligible woman in the “core class” which consists of the high-ranking families in North Korea’s Songbun class system.

The woman’s name was Ri Sol-Ju. She had no say in the matter – and she wouldn’t have her name for long.

Although it’s very common for women to change their last name and assume their husbands when they get married, Ri Sol-Ju was forced to go a step further.

Not only did Ri Sol-Ju have to change her last name to Kim, she also had to assume a completely new birth name. She had to present herself as a woman only existing as Kim Jong-Un’s wife.

Not only was Ri Sol-ju forced to marry and change her name completely, she was also forbidden to visit her family.

Since she married Kim Jong-Un, she hasn’t been able to make contact with her family. She is more or less completely separated from any part of her life she had before her marriage.

North Korea is debilitated by a strict set of rules. The individual isn’t recognized. They don’t even refer to themselves as “I” or “me”. They were thought to think as revolutionaries using the plurals “we” and “our”, referring to the group with no sense of self.

Thus, it’s not surprising that Kim Jong-Un’s wife couldn’t even choose her own hairstyle.

In North Korea, there is a manual of hairstyles that the public can select from. The same is to be said for their choice of clothes. But if you think that that rule wouldn’t apply to the first lady, you’re wrong!

She can’t wear jeans, needs to get approval from her husband every time she wears something, and hasn’t been allowed to change her hairstyle in years.

For many first ladies around the world, they can pursue their own initiatives and appear in press conferences and different public events alone.

But for North Korea’s first lady, she’s forbidden to go into public alone. On the rare occasion, she makes an appearance, it’s right beside the notorious dictator.

Although the dictator and his wife have four children, the public has never seen her pregnant. Since she married into the Kim’s family, she was under strict protection.

Ri Sol-Ju lived a life of intense isolation and restriction. She was constantly surrounded by security which only got worse as she fell pregnant. Many times, the outside world worried about her wellbeing.

Forced To Have A Son

The pair married in 2009. A year later, they had their first child. Ri Sol-ju gave birth to a girl. It was reported that she was forced straight into childbirth after they got married.

North Korea is heavily patrolled at the borders. No citizen can leave or flee the country. If they do, they face execution and not just for themselves but for three generations of their family.

You may think that no one could forbid a royal from leaving the country but you’re wrong. Kim Jong-Un’s wife is banned from leaving North Korea at any time. She will never know the joys of the world.

As mentioned before, Ri Sol-ju can’t go to public functions by herself so even if the press wanted to snap pictures of her alone, they couldn’t, and not just because she’d be hard to find.

The press is forbidden to take pictures of Ri Sol-ju without Kim Jong-Un’s permission. If they overstepped this rule, it would most likely have deadly consequences.

Ri Sol-Ju had to assume a completely new identity once she married Kim Jong-Un. Not only was she forced to stay away from her family and birth name, she also had to let go of her life before Kim Jong-Un completely.

No one knows exactly who this woman is. Her life and background are a complete mystery to the public.

For other countries, huge philanthropy and charity events are hosted by their first lady. Often, charitable work becomes their main focus and purpose outside of their family life.

For Kim Jong-Un’s wife who lives in a socialist state where most of their citizens live off a $1 salary, asking the poor and hungry to donate to a charity cause wouldn’t go down very well.