Righteous Boob Tube: the Best TV Shows of the 1980s 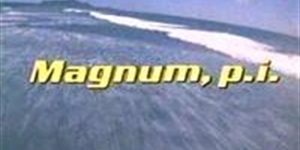 The 1980s gave us a lot of questionable things like hair bands, the McRib, and Andrew McCarthy. But if there’s one thing you can look fondly back on with complete confidence, it 1980s television. It was a magical time long before we’d been sullied by redneck reality TV or heinous Howie Mandel game shows. Television in the 80s was all class, comedy, and quality. These are the top five TV shows of the 1980s.

Here’s how we imagine the pitch meeting for Alf went.
“Okay, so it stars a wise-cracking puppet.”
“Sold!”
Puppets were huge in the 80s, but no puppet could hold a candle to Alf’s comedic wit and timing. You all know the story; a hilarious (and oddly well-versed in pop culture references) alien from the planet Melmac crash lands his spaceship ibnto Max Tanner’s garage, then spends the next several years living with the family, cracking jokes, and trying desperately to eat their delicious cat. It might sound crazy, but go back and watch some reruns, this show’s humor still has legs (unlike Alf, whose legs were always conveniently hidden behind some visual obstruction).

What kind of audience will you attract when you air a show that centers on the daily lives of four single old ladies sharing a house in Miami? Probably a lot of older women, right? Wrong. Everyone. Everyone will somehow love this show. That’s the miraculous story of the Golden Girls. It just caught on. In fact, we doubt that any of you can say you’ve never once stopped on the Lifetime Channel to catch a rerun. The Golden Girls was one of those rare shows that got the perfect group together, and the stars hit on all their senior cylinders. It’s a show that would likely never make it to the airwaves today, which is just another reason you’ve got to love the 80s.

Sam Malone: Former baseball player, current bar proprietor, lady-killer and proud owner of the finest head of hair on the eastern seaboard. It doesn’t get much cooler than that. Combine him with a moronic sidekick (either coach or Woody will do), a glib mailman, a wise-cracking fat guy, a dry psychiatrist, a brutally cutting waitress, and some woman who tries her damndest not to want him (Diane or Rebecca will do) and you’ve got 80s comedy gold. In fact, in all of TV history you’d be hard-pressed to find a funnier show that centers on a group of pretty serious alcoholics.

If you were growing up in the 1980s, there was at least one point where you kind of wished Bill Cosby was your dad (sorry dad). The Cosby Show was easily the best family show of the decade and it starred the Cos at the height of his fame and power (he could’ve been selling you crap on a stick in place of those pudding pops and you still would have bought them). Every week you could tune in with the whole family to laugh, learn, and treat your eyes to the visual pleasures of one of Dr. Cliff Huxtable’s trademark sweaters. Legend has it he actually had to wear the vibrant garb in order to distract the viewers from little Rudy’s oddly full mustache.

You know what? Forget MacGyver! There, I said it. Because when it comes to being awesome in the 80s, Magnum has it in the bag. Anyone else in that mustache and cutoff jean shorts combo would look like a creep, but Tom Selleck was still somehow the coolest dude you ever saw. For eight glorious seasons we followed the high-octane adventures of private investigator Thomas Magnum. Yeah, this guy’s name is Magnum. And if that’s not enough he also lives in Hawaii and drives a Ferrari. Magnum, P.I. embodies everything that was wonderful about this decade in television. It was the 80s at their 80s-ist, and it was Selleck at his most Tom-tastic. Drink it in.

There you have it, the greatest television shows of the 1980s. To be honest, we genuinely wanted to include Miami Vice on the list, but we still haven’t forgiven Don Johnson for his ridiculous attempt at a music career. Damn you, Sonny Crockett! Think we missed some true 80s hits? Why not throw together a list of your own. Just be warned, it could result in a nostalgic 6-day TV marathon that ultimately loses you your job.

Comics Worth the Most Money 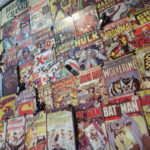