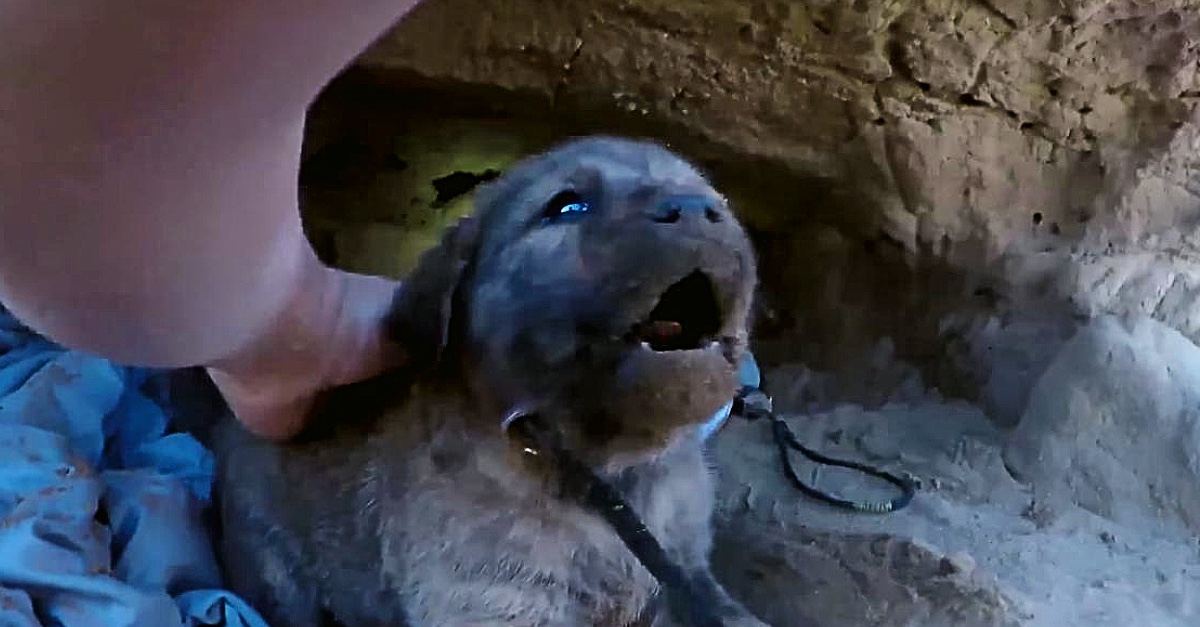 Too Late To Turn Back

When he realized the harsh truth behind what he was about to do, his heart gelt like it was jumping out of his chest. He didn’t want to get bitten, but he knew the animal was protective. He slowly tried to pull out the pups.

He was halfway into the crevice now. There was no going back. If the mother wanted to, she could hurt him, and it would only take seconds. He had to calculate his every move.

Benedict Thompson lived a simple life in a little town in the US. He had dreams that most men his age did. He wanted to marry a nice girl and settle down in his home one day.

Even though that seemed far along the way, he was a patient man, and he was happy with his life. He had a girlfriend of two years named Tracy, and they were taking things slow. However, he had another big passion in his life – one that would put him in danger one day.

Most of Benedict’s free time wasn’t his. He fostered dogs, volunteered at shelters, and even took dogs in trouble who were more challenging to help. It wasn’t an easy life, but he loved it. He knew one person could make a huge difference in an animal’s life, so everything was worth it.

Any animal in need that crossed Benedict’s path would receive every bit of help. But one particular encounter created a difficult scenario, even for an experienced rescuer like him.

Getting A Call About Something Serious

Benedict got a warning from people that said they saw puppies near a highway. He quickly realized they weren’t safe, and he wanted to get them out of there no matter what. He reached out to the person who made the call and received more details about the situation.

He gave the good samaritan a call. He never expected that to be the beginning of a dangerous adventure.

The woman he talked with on the phone told Benedict that she had seen the puppies playing close to the highway on a patch of grass. She couldn’t recognize the breed or tell him how many they were, but that wasn’t too relevant for him.

Next, he got all the equipment he thought he needed for such a rescue. Benedict got treats, blankets, and everything to make sure he was prepared. He put them all into his car and headed out to the location in question.

Benedict quickly drove to the location and slowly stopped his car by the side of the highway where the puppies were last seen. He didn’t hesitate. He got out and began his search. Since they were so small, he was confident they couldn’t have made it that far.

He looked around the grass and on both sides of the road. There was no sign of the little dogs. Until he heard a faint noise and decided to follow it, he had no idea he was about to get into a situation that was anything but a simple rescue.

Looking For The Puppies

Benedict got there and started following the sound. It was in the opposite direction of the highway, but he was still worried about what he was about to find. He had to act quickly.

As he got away from the road, the grass turned into dust and rocks. The puppies war nowhere to be found. But then he noticed a small crevice between two rocks. He looked inside, but nothing could prepare him for what he saw next.

Benedict bent down and looked into the small hole with his phone’s light. He couldn’t believe his eyes. A few cute little faces were staring at him from the deep darkness. They were scared.

Benedict started to think of ways to get them out of there safely. He counted nine puppies, but that wasn’t all. When he got closer, he noticed something heartbreaking in the hole.

The puppies were not alone. Alongside them, Benedict saw their mother as well. She was malnourished and wild—all these complicated things. The mother could stop the entire operation, if not at least slow it down.

Benedict knew he had to dread carefully. The crevice was in a difficult position. It was a tight fit, and the rescuer realized that things would be much more difficult than he anticipated. He had to find a way to make the mother cooperate, or everything could go very wrong.

Benedict lay on his belly and advanced into the tight crevice. He knew he couldn’t wait any longer. Every second mattered when it came to rescuing such small dogs.

The little puppies were hiding in the dark. Benedict had no idea for how long they had been there. He assumed that they had been born in the whole and had briefly gone out near the highway to look for food. As he got deeper into the crevice, things took an unexpected turn.

He could feel his heartbeat in his chest as he realized the harrowing truth behind what he was doing. He didn’t want to get bitten, and he was sure that she would be protective. He slowly reached in with his hand and tried to pull them out slowly.

He knew there was no going back now that he had crawled halfway into the crevice. If their mother really wanted to, she could show him her wrath in a matter of moments if she or her babies felt threatened.

Keeping calm, Benedict slowly started to pull the little puppies out one by one. He knew he had to make sure that he did it in the least threatening way possible to avoid the mother dog taking action against him.

He had a crate and a blanket ready to receive the puppies as he pulled each out of the crevice. He had to stick his entire torso into the hole each time he wanted to rescue one of the puppies. But he wasn’t out of the woods yet.

Soon all of the puppies were in the crate, cushioned by the soft blanket. Their soft whimpers melted Benedict’s heart. Now that he had rescued the puppies, there was only one thing left – to get the grumpy mother out.

The helpless pups didn’t put up a fight and just wanted to get to a warmer place. The mother, on the other hand, might be reluctant. She would be confused and not know what was going on.

Benedict got ready to get scratched up at best and bitten at worst as he reached into the crevice one last time to get the biggest animal out. She didn’t look too pleased to see him, but he could tell she understood that he had her kittens and was just trying to help.

She reluctantly let Benedict pick her up and pull her out of the crevice. He wiped his brow and loaded them all carefully into his car.

Getting Them To Safety

As part of what he did, Benedict had arranged to bring the puppies and their mother to a shelter to look after him. He knew them well and was reassured that both the mother and all nine puppies would find a good home.

After dropping them off, he patted himself on the back. He had made the difference once again in not just one but ten animals’ lives! Nothing could make him feel better at the end of the day.