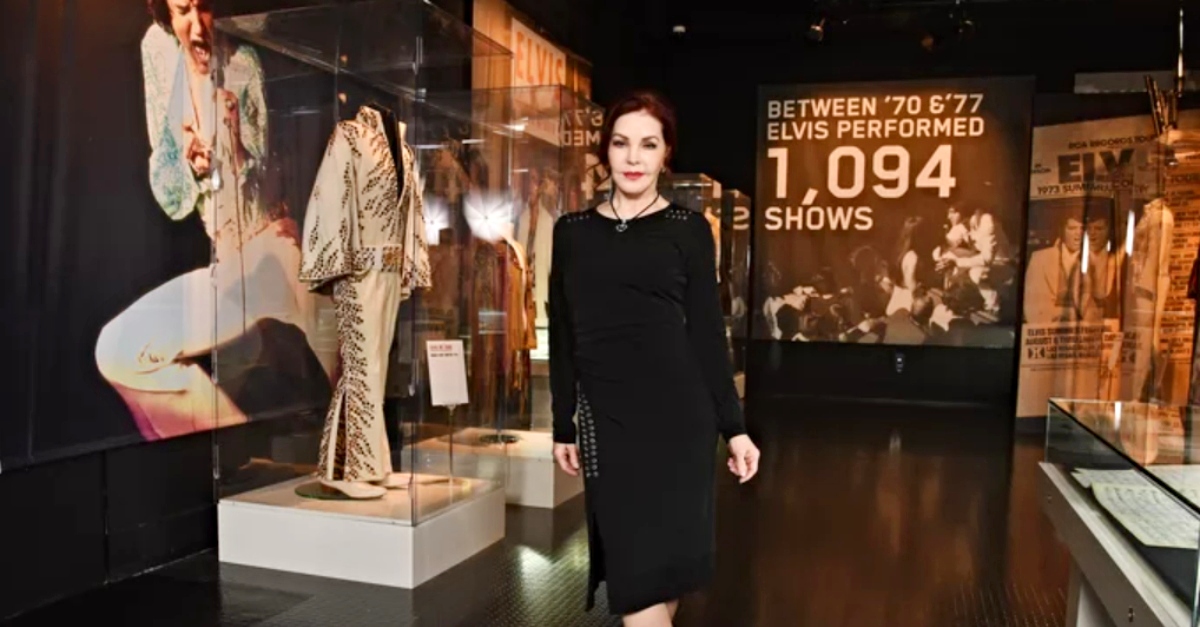 There are many famous household names, but only a few of them will leave an impact on pop culture as Elvis Presley has, and his presence is still enormous. Most people will recognize his name and his influence on music.

His fanbase is broad, but many of the community classify as superfans. These people often put their idols on a pedestal, refusing that they are anything but perfect. But Priscilla, his ex-wife, would disagree.

She met him at the young age of 14 when her family moved to Germany in the 50s. Elvis had been enthralled because she wasn’t starstruck like all the other girls he had met.

After the two had sent letters to each other for almost two years, he eventually won her over. At this point, Elvis was finishing his time in the army and had been experimenting with amphetamines.

Early into their relationship, they had to endure being very far apart. A long-distance relationship is generally complicated to maintain, even more so when your partner is a famous singer.

After a couple of years, they moved in together and dated for seven more years. Priscilla realizes now, in retrospect, that there had been problems back then as well.

They already faced difficulties in their relationship well before they got married. There were constant rumors that he was cheating on her with his co-actors.

He had still been in the army, and during this time, he lost his mother due to complications with hepatitis. It devastated him, and it had been something that he never recovered from. After this significant life event, things had only gone downhill.

They married in 1967 at a Las Vegas hotel while keeping their relationship a secret. She got to marry the most eligible bachelor of the time but still felt very disappointed once she got a glimpse of what their life would be like.

Their wedding was almost 8 minutes long. Some might not think that this is romantic in the slightest. After marrying Elvis, Priscilla got to see an even more troubling side of Elvis.

Priscila said that he had been highly possessive and very controlling after they got married. He told her what to wear and say. He had an opinion on everything that she was and thought.

He had also apparently been obsessed with her remaining young and beautiful. He detested wrinkles and grey hairs. She became scared of the man that she married.

He had an even darker side if that hadn’t been bad enough. Whether his drug habits had played a role is undetermined, but he did struggle with anger management.

He became violent during one of his episodes, which scared her. It has never been confirmed that he was physically abusive, but he did things that made her feel unsafe, like taking shots at the TV.

Not Without His Flaws

This has come to light because of Priscilla’s memoir, in which she spoke of gruesome tales about her marriage with The King of Rock and Roll. However, he remains in the hearts of many and still has plenty of adoring fans.

Especially now after a film has been released based on the life of Elvis. It would do well to be reminded that this man, even though he might be a musical icon, is everything, but perfect is not one of them. Like everyone else, he had his flaws.

Life Of Rock And Roll

Even though many idealize Elvis, Priscilla’s stories of his darker side had not come as a shock. During his lifetime, he was known to be a controversial figure. He was a rebel who lived a life of rock and roll. He pushed the boundaries of those days.

With his very public relationships and problems with substance abuse, everything starts falling into place, and the allegations seem to make more sense. His dark side had been out in the open, but people chose not to see it.

After having to endure the King at his worst and good times becoming fewer, nearing the end of their relationship, she had become ruthless. It had become very appealing to the public that they had an open marriage.

She has never been one to deny that she also cheated while they were married. It was with the same karate instructor that Elvis had recommended her, nonetheless.

By the time they divorced in October 1973, Elvis was a shadow of his former self. His much-publicized battles with being overweight, taking cocktails of prescription pills, and excessive indulgence took their toll.

Sadly, he often hinted in somewhat cryptic ways that he regretted losing Priscilla. Of course, the couple had one shining light from their marriage: their daughter Lisa Marie. However, she once seemed destined to follow in her mother’s footsteps.

When you’re the daughter of Elvis Presley, it’s probably hard to meet men that can claim to be in the same league. However, if there was ever another entertainer that could rival Elvis in sheer star power and fame, it was Michael Jackson.

Whether by chance or design, Elvis and Priscilla’s only child once married the King of Pop. Just like her mother, she also dished out the many unsettling eccentricities of her ex-husband. The similarities between the two were sometimes eerie.

Like Elvis, Michael Jackson led a larger-than-life existence and was a megastar. However, he was also known for many controversies and, sadly, also succumbed to a life shortened by overmedicating.

Both tragically passed well before their time and certainly before the world had seen enough of their musical genius. However much both these icons are still revered, stories like Priscilla’s and Lisa Marie’s remind us that all that glitters isn’t always gold.

What distinguished entertainers like Elvis Presley and Michael Jackson were their ability to transcend generations. Their music, dancing, and overall appeal both remain timeless, no matter how much time passes beyond their lives.

While one must pause to remember that Elvis Presley had many demons and was far from perfect, the entertainment world is undoubtedly a richer place by his inclusion in it.

Priscilla Presley has been very candid about the darker sides of Elvis Presley. However, perhaps being cognizant of just how much he meant to so many fans around the world, she has also often tempered these truths by remembering his good traits too.

Elvis may have had his faults, but he was also known to be extremely kind, charitable, and a person that often fought for social justice issues in his own way long before they became popular. Whatever his faults, he will forever remain a true legend.