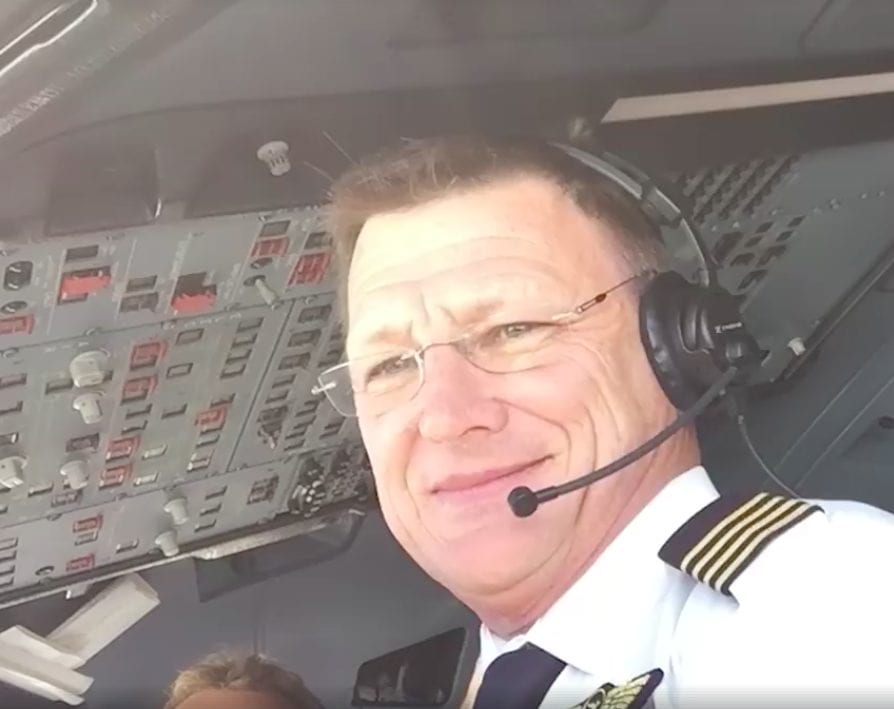 Ana Uribe was on a flight from Australia to South America to visit her family. With a bit more than 14 hours still remaining of her flight, Anna expected it to be a long and boring trio. What she never expected, however, was to hear the captain call her name over the intercom.

Originally from Columbia, Uribe has become well-traveled throughout her life. In 2016 she found herself living in Sydney, Australia, This meant that she was far from anyone she knew.

Most of her friends and family were half a world away.

Returning To Her Roots

Four years into her stay in Australia, Uribe decided to make a trip home to visit her family. Her flight to Columbia was aboard a Qantas airline flight.

It would take her from Melbourne to Los Angeles before she would transfer for the last part of her journey.

She was on Flight QF93 which happened to be piloted by a 30-year Qantas veteran, Captain Dooley Ellis. His years of experience meant that Uribe was in very safe and capable hands for the duration of her flight.

Dooley’s father had also been a pilot so it ran in the family.

This Is Your Captain Speaking

So after boarding her flight in 2016, everything proceeded as usual. Take-off was smooth and uneventful, as was their steady climb to cruising altitude. Once there, Captain Ellis’ voice came across the intercom. This was no normal captain’s announcement, however.

Ellis had something special to say.

Fortunately, what followed was caught on camera by one of the passengers. In the footage, we can hear Ellis saying: “We also have a special passenger on board today, folks. Her name is Ana. She’s traveling back to South America now to visit her family.”

But where was he going with this?

Of course, Ellis is talking about Uribe. This is because she has been his girlfriend for the past four years. He seems rather concerned about her two-month-long trip to visit her family, however.

He continued by saying: “I want to make sure she comes back to me in Australia,”

Understandably, most people on the plane are a bit confused by this announcement. Uribe is giggling about how silly her boyfriend is.

The reason for the announcement is about to become clear and shock everyone, however.

Ellis, still addressing the entire plane over the intercom decides to ask a question in Spanish. “So now that I have her complete attention: Ana, quieres casarte conmigo?” he asks. Uribe is silent and the other passengers seem confused but then Ellis repeats the question in English.

Once he has asked his question, Ellis exits the cockpit, walks to Uribe’s seat, ring and bouquet in hand, and gets down on one knee while waiting for her answer. Uribe is visibly shocked but quickly answers him.

She agrees and the pair kiss to celebrate the moment.

The couple first met back in 2012 after they both completed the Camino de Santiago pilgrimage in northern Spain. This pilgrimage sees most travelers walking hundreds of miles before finishing the journey.

The pilgrimage ends at Galia’s Cathedral of Santiago de Compostela.

Walking Into The Future

When news.com.au asked Ellis about how their relationship started he explained: “We walked across the whole of Spain together, over 1,000 kilometers (621 miles).”

“The next thing I knew, I was in Colombia visiting her,” he continued.

This was just the beginning for the pair. The romance and relationship started to grow and went from strength to strength. Even though there were great distances separating them, the couple found ways to be together whenever possible.

“She spent time with me in Texas before visiting me in Australia. That was it,” Ellis explained.

It wasn’t long before Uribe decided to move to Australia to be close to Ellis. “We have been living together in Sydney for the last four years,” Ellis told news.com.au. The couple still loves to explore and go on adventures, however.

“We traveled Australia camping, and in 2016 we drove from Sydney to Cape York for six weeks camping with the crocodiles,” Ellis said.

This is part of why he decided to propose to her in the way he did. It simply felt right and seemed appropriate.

“I wanted to bring my life – as a pilot of 30 years with Qantas and whose father was also a Qantas captain – and Ana’s life together in that special moment that only I could achieve,” Ellis explained.