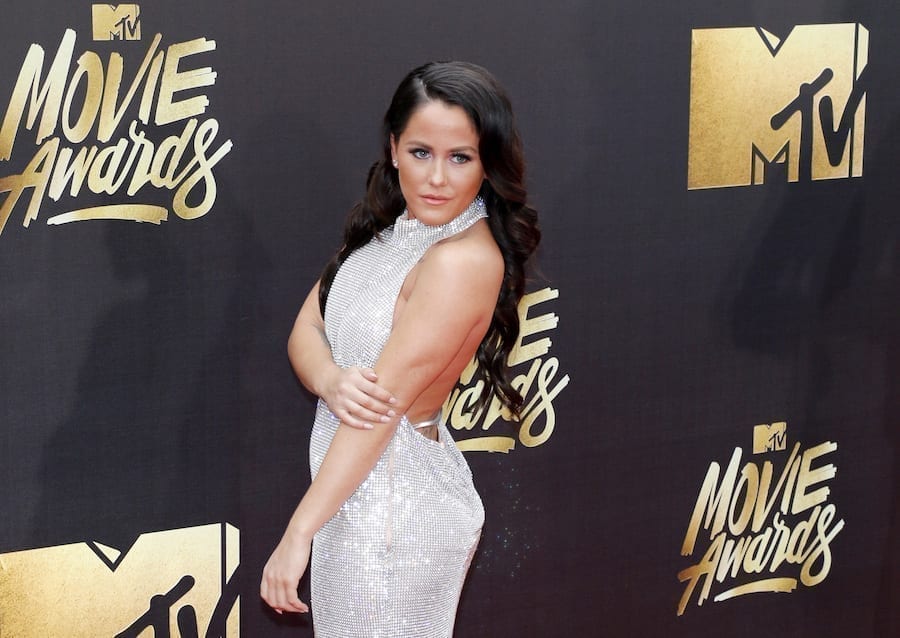 Last week, former Teen Mom 2 star Jenelle Evans kicked off the month with a bang. Namely, from watching her social media, it appeared that her and recently rekindled husband David Eason were on the outs- and it seemed to involve an alleged fight and a broken phone. While Jenelle’s social media was the initial indicator of the dissension, she then spoke out a bit more (albeit vaguely) about what happened. Now she has spoken out again, and she seems to be pointing the finger at her kids- not David- for the reason for her being so upset.

Let’s first refresh everything that’s gone down, though.

First, as fans know, Jenelle revealed via Instagram that her and David were getting a divorce in October of last year. Her statement at the time on her social media read the following: “I’ve mostly kept off social media the past few days because I’ve been focused on making some big life decisions,” Jenelle shared on social media. “I’ve lived my life on camera since I was 17 years old. And a lot of it hasn’t been pretty. But it’s been my life. Like anyone else I want what’s best for my kids and I want to be happy. With time away from Teen Mom I’ve started to look at my life differently and I know I need to make changes. I’m starting that now. The kids and I have moved away from David,” she wrote.

“Nobody gets into a marriage expecting it to end but I know thats what is best for me, and for my kids. Today I’ve filed papers to start that process,” the former MTV star explained. “I appreciate the support from everybody who has asked how I am. Me and the kids are doing great. We need some time to be together. But you’ll hear from us again soon.”

After announcing her intention to divorce, Jenelle ended up filing for a protective order against David. At the time, she noted that, “David does not currently know where I am, but once he learns I’m afraid he will try to come find me and hurt me.”

Since then a lot transpired, including her dropping the restraining order and being spotted out and about with David. Jenelle was also spotted numerous times sporting what appeared to be her wedding ring that David had given her. Then, recently, she confirmed towards the end of last month via YouTube that she was indeed back with David and giving it another try.

“Me and him are deciding to work things out right now and we’re taking it slowly,” she shared last month.

She also changed her tune a bit on any fears of David hurting her, telling fans in the YouTube that, “I want to tell you guys that David has never abused the children, he’s never abused me. We’ve always had disagreements and those would turn into big arguments and this is the reason why I decided to go back home and work out my relationship because ultimately it’s for my family.”

So, as we mentioned, all seemed good. Even yesterday, David posted a picture of him and Jenelle on his Instagram (as seen below), writing, “You will always be the love of my life @j_evans1219 I’m so happy that we have become so close and bonded recently. Here’s to a lifetime of our own kind of quarantine, boat rides, ATV trails, living off the land, etc. I don’t think we are going to have a hard time staying secluded lol we already have been for awhile 🤣🤣.”

So what has happened now to make things seemingly go awry again?

We noticed first that Jenelle unfollowed David on Instagram and he unfollowed her. Then, a slew of posts on Jenelle’s social media began happening:

“Can’t trust a soul…. EVER,” Jenelle wrote on her personal Facebook with a heartbreak emoji. “When will it ever stop?”

She then takes to Snapchat to post about her kids.

She then shared that, “My kids are the only ones that make me happy,” as seen below.

“Someone take me away, far away,” she noted in a later post, with a crying emoji.

And even more, she ends up with a smash phone.

“Someone take me away, far away,” she noted in a later post, with a crying emoji.Facebook

Finally, Jenelle revealed she was “feeling annoyed,” noting that, “My pone is smashed so if anyone needs to get a hold of me message me on here.”

Also, when checking her relationship status on her personal Facebook, it said “No relationship to show.”  13 Best Health Products and How to Use Them

What’s more is that some tweets have surfaced on an account that fans speculate David may potentially be behind.

“Anyone wanna talk? I need an escape” the tweets begin with. They go on to note, “God I was drunk as f**k last night. Where the hell are my keys?”

Finally, and in the most telling tweet, it says, “You might be a s**t if you obsess over a guy you slept with ONCE all while you sleep with and tell your husband you love him. Yeah you think I don’t see you checking his IG.”

So now what has happened?

After posting her initial posts, some started responding- understandably- to Jenelle out of concern.

Recommended Article:  Things to Do While Stuck Inside Due to Quarantine

As can be seen above Jenelle responded to someone saying “Hope you are okay.”

“I’m fine,” she responded, “but thanks for asking.”

It also seems like thus far things haven’t improved in whatever’s going on between the two of them, as Jenelle posted 16 hours ago that she is “not in a good mood at all.”

While they weren’t following each other as of last week, it does appear that things have been patched on the land as Jenelle and David are now following one another again. Jenelle has also released another statement clarifying exactly what she was upset about- and it seem like it was her kids, NOT David.

“If I post I’m having a bad day, stop assuming it’s because of my husband,” Jenelle shared on her Instagram story. “Everyone’s having a hard time coping being at home with kids 24/7 and things can get tense some days.”

“I post my feelings somethings hoping people can simply relate,” Jenelle added. She also included a “Quarantine” picture, referring to the quarantine a lot of the United States of America is currently undergoing due to the coronavirus pandemic.

Interestingly, while she seems to indicate it had to do with her kids, she does little to offer why then she and David unfollowed each other.

In other Jenelle news, she recently revealed to In Touch Weekly that she is getting closer to David’s daughter, Maryssa.

“We have a big bond when it comes to the TikTok app!” Jenelle shared. “I try to give her the best girl advice since she’s a 7th grader now.”

In addition to speaking out about Maryssa, Jenelle also revealed why her phone was broken. While many thought it was something involving David, Jenelle revealed in a new interview that this is actually not the case.

In an exclusive with Celebernation, Jenelle revealed that David did NOT break her phone. She shared that, “I was cleaning out my truck and didn’t realize i had dropped my phone, when i moved the truck to its regular spot after cleaning it i heard a small crackle sound, I was hoping it wasn’t my phone since i didn’t see it inside the truck, but it was.”

We are sure there will still be more to come from the Land, so make sure to stay tuned- but for now that’s all the details we have.