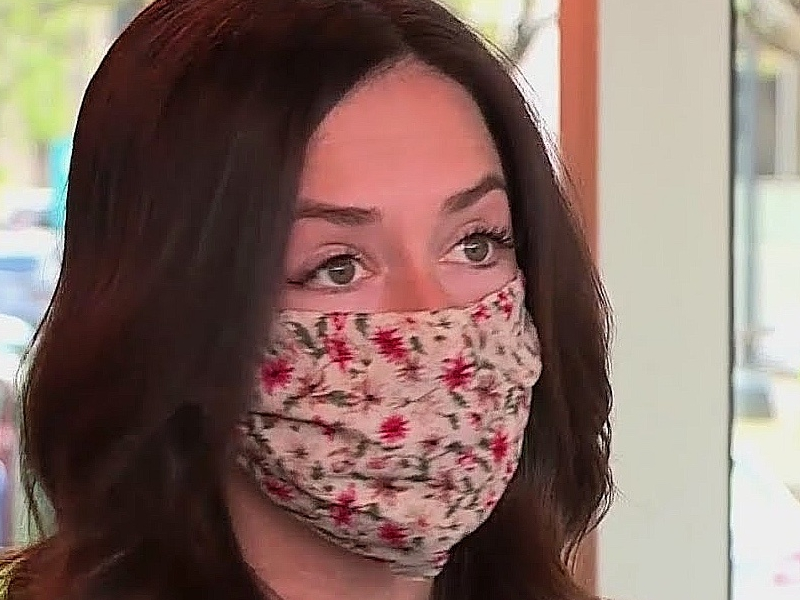 She thought the large crowd would scare some sense into the man.

But as the crowd grew, the yelling became louder and even more chaotic. This was when she realized that her entire plan had backfired on her. She had to make a hard choice… Should she give up and leave, or should she keep fighting?

Florida might be the state of chaotic weather and retirement communities, but to Kim Jeffers, it was home.

However, so far, the owner kept the signup. They had been protesting for two whole hours, and he never approached her. Then Kim saw something that made her jaw drop.

Kim’s smile was quickly replaced by embarrassment, shock, and terror. These people weren’t there for her. At least fifty people stood on the opposite side of the road.

The three lines of text were like a slap in the face. The first told everyone he was a member of a firearms group. The second says it was okay to conceal and carry in his restaurant! The final was a push for people to vote for a certain, deplorable candidate.

What made it worse was that even more people were filing into the restaurant to eat. Somehow, Kim’s mission had not only kept the signs up but given the owner more profit as well! She now had an impossible choice.

However, after a couple of days, and watching her side get smaller and small, she knew that a single person standing on the sidewalk wasn’t going to bring about any change. Begrudgingly, she went home. But she still had an effective Plan B.

Kim poured over her past reviews and found a couple of places that held views more inline with hers. She posted their information online and encourage everyone to take their business there.