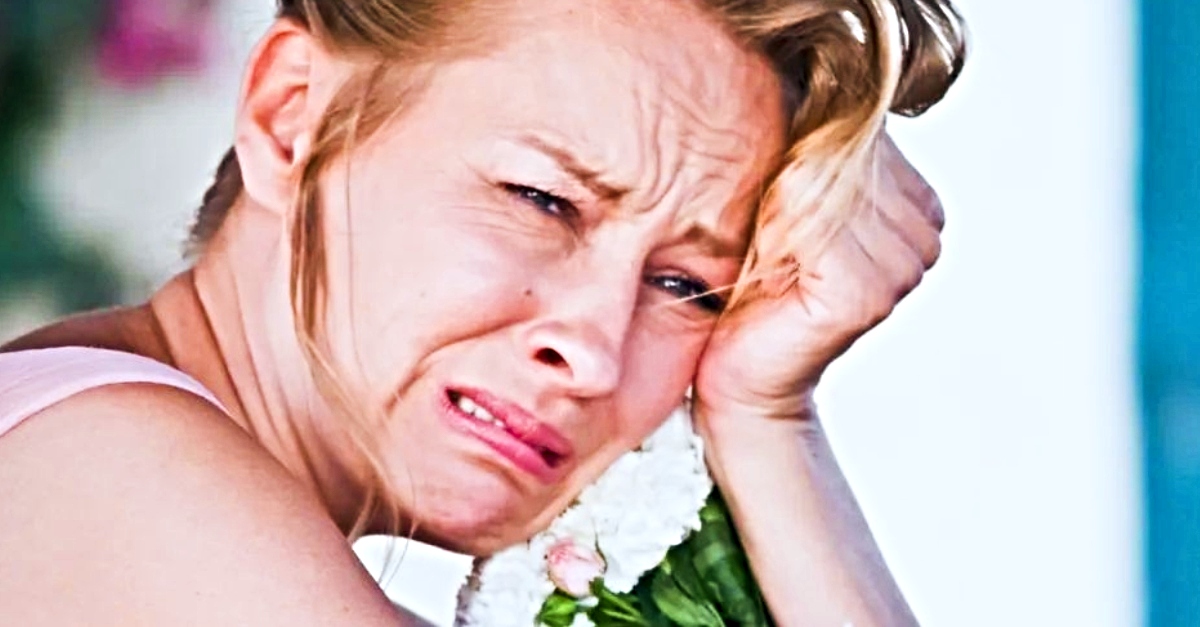 As she stood at the altar in her wedding dress, looking the most beautiful she ever had, Ashley looked at her soon to be husband, Will and smiled. She was so in love with him. She couldn’t help but notice he looked nervous and clammy. He didn’t return her smile. She wondered why.

Then when the pastor asked her to step aside and she saw her sister coming up the aisle, she knew exactly what was happening.

Ashley was a typical American girl from Indiana with a huge, trusting heart. She and her boyfriend Will had been dating for seven years, ever since they were sixteen years old and she was ready for marriage, a house together, and kids. Will had been there for her throughout the years and he had a huge soft spot for her sister, Hannah, who had down syndrome.

Ashley and Hannah were very close sisters and Ashley would do anything for her sister. Hannah was about to find out that Ashley’s partner Will felt the same about her.

Hannah and Ashley were as close as two sisters could be. Ashley had been there for Hannah from the day she was born and when she started dating Will she was sure to let him know what he was getting himself in for. Hannah and Ashley were a package deal. Will had absolutely no issue with this and loved spending time with the two girls.

Ashley never had any reason to be jealous of her boyfriend’s bond with her sister. Or so she thought…

Too Close For Comfort

Ashley was head over heels in love with her boyfriend Will. They had been each other’s first boyfriend and girlfriend and had done everything together for years. She especially loved him for his closeness to Hannah. Ashley trusted him completely and never batted an eye about how close the two were.

Little did she know but Ashley was about to find out just how close her boyfriend was with her sister.

Give The Woman The Ring

Ashley had hinted at marriage countless times around Will and she was sure he would get the hint eventually. She was twenty five after all and all of her high school friends were married and some had kids too.

When he finally asked her to come away with him on a trip out of the blue, she knew her fairy tale moment had finally come. Sadly for her, her partner had another woman on his mind also.

Will whisked Ashley away to a fancy resort out in the country where she was pampered and had a spa day. After she had been relaxing all day, he texted her to meet him for a walk on the grounds. She went to meet him.

As they walked together around the grounds, Will eventually worked up to proposing to Ashley. He knew this was what Ashley always dreamed of. Ashley said yes straight away. Her dream had come true! However, she had no idea what her future husband was propositioning her sister for.

Ashley was not the type of girl who did things in halves so if she was having her dream wedding, she was finding her dream dress. She enlisted the help of some of her friends, her mom, and of course, Hannah.

Ashley texted a selfie of herself and Hannah at the wedding dress shop to Will. He simply replied “Two sexy ladies!” with several fire emojis. Ashley was not at all prepared for what Will was going to do to Hannah at her wedding.

On Ashley’s wedding day, she had been absorbed in getting her perfect hair and makeup done all morning. She was listening to her favorite music all morning and had a cheeky glass of champagne to steady her nerves. Today was the day she married the love of her life!

She arrived at the church and there was one member of her bridal party missing. The most important one, her maid of honor and sister, Hannah. Ashley started to have a panic attack. She wasn’t doing this without Hannah. However, as they were already late and with Hannah not answering her phone, Ashley’s other bridesmaids insisted she shouldn’t leave Will waiting. Ashley agreed miserably and went inside. She was about to find out exactly what Will and Hannah had been up to behind her back.

Despite being close to tears and holding back the second wave of a panic attack, Ashley walked up the aisle to her beloved Will. She had never felt like more of a princess until that moment when every eye in the church was on her. She momentarily forgot her sadness that Hannah was missing.

As she met her husband to be and hugged him, she couldn’t help but notice he seemed nervous and sweaty. Something wasn’t quite right with him. She presumed he was just nervous to exchange vows in front of everyone. However, she was soon to find out the real reason for his nerves and Hannah’s absence.

After Ashley and Will had shakily read their vows to one another, Ashley sensed something was seriously off with Will. Then she heard the chapel door swing open. It was Hannah. In a wedding dress. Her jaw hit the floor. What was going on?

The pastor then asked Ashley to step aside as Hannah came between the newlyweds. Hannah was overcome with confusing emotions and had no idea what was happening. Had they been together behind her back the whole time? She watched on as her new husband got down on one knee and asked Hannah to be his best friend forever to which she replied yes and they hugged. Her heart exploded with love for the two of them. Hannah wasn’t able to hold it in any longer. She had to let it out.

Overcome with the cuteness and wholesomeness of it all, Ashley broke down in tears. Her husband was truly the sweetest man in the world to include Hannah in such a touching and kind way. He truly knew her and what was most dear to her, her sister.

As her new husband and Hannah comforted her, Ashley’s wild night was just beginning.

The Best Day Ever

Ashley had the best day ever and couldn’t contain her joy that Hannah had been included in her ceremony. Ashley was never one to hog the limelight and loved her new husband’s thoughtful gesture.

As the wedding party danced the night away, Ashley looked at Will and knew she had chosen the perfect man to spend the rest of her life with.