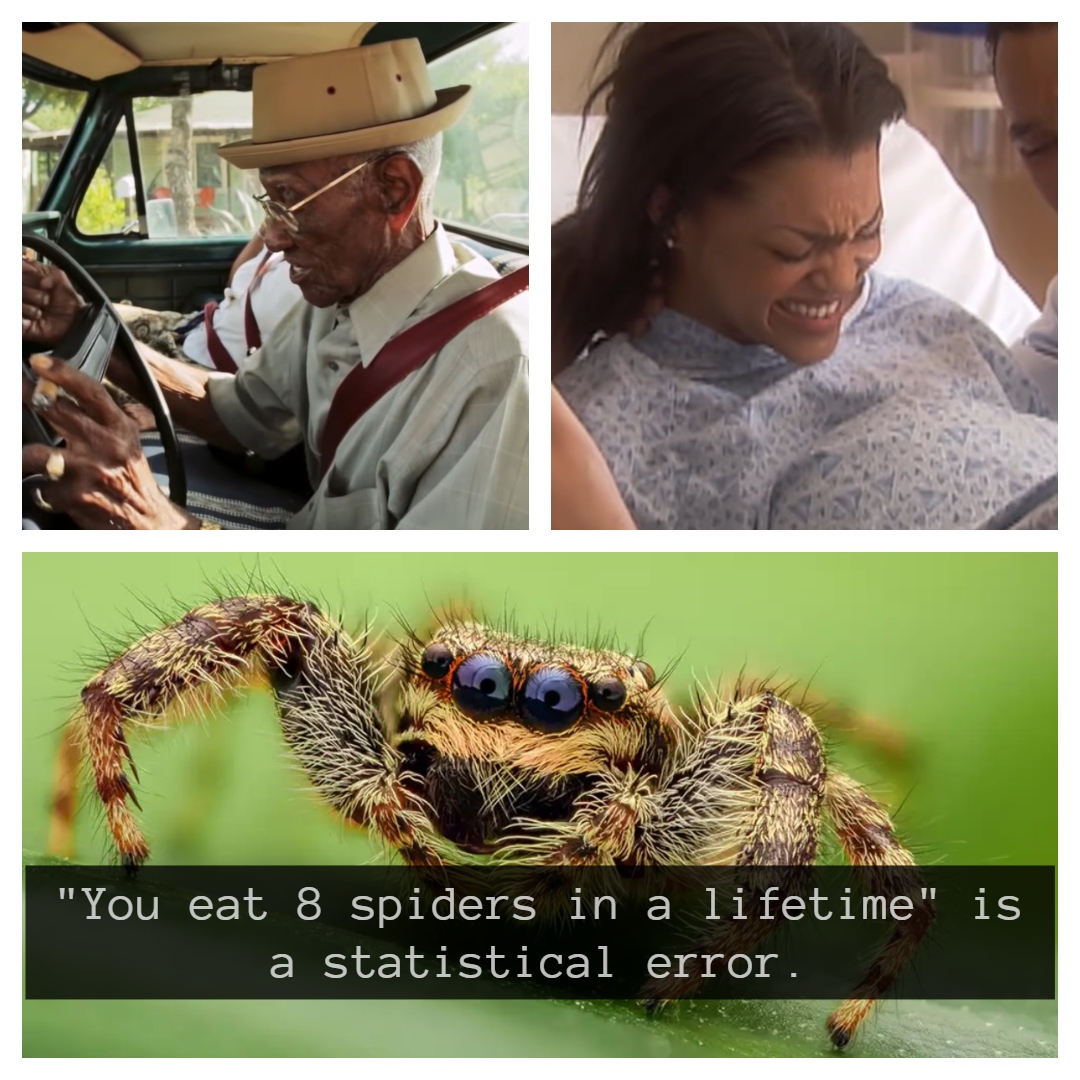 Throughout history, superstitions have always gripped people. They learn it from their parents or elders and teach it to their children. This means that a lot of “facts” taught for centuries can be outdated and, in fact, wrong.

From old wives’ tales to superstitious warnings, people on Reddit have given their experience with old myths that were taught to them but shouldn’t have been.

I got pregnant in 2002, and people legit told me I shouldn’t raise my arms over my head because the cord would wrap around the baby’s neck. Not just great grandma telling me this either.

My restaurant workers often fussed at me for getting things off high shelves. I was once told that getting a haircut while pregnant will also make the cord wrap around the baby’s neck. Many times I’ve tried to imagine just HOW that is supposed to work but still haven’t come up with anything.

They can’t even see red for the most part. They’re partially color blind compared to humans.

Over-cracking your knuckles will lead to arthritis. I cracked my knuckles in front of a friend one time, and she said it’d cause arthritis. I said it was a myth, and she said her mum said it does, and she should know because her mum works in x profession. I think her mum may have told her to stop an annoying habit.

Years ago, a man decided to dispel this myth. He cracked the knuckles only on the same hand for like decades. There was no difference according to X-rays, exams, nothing.

Swallowed gum will stay in your stomach for seven years. Never seen a single wad of gum in the hundreds of thousands of stomachs I’ve looked into.

My schools hated bubblegum as if it was crack. One day in middle school, a girl was chewing gum, and the teacher saw her and stopped the whole lesson and made a huge scene about the girl chewing gum and was telling her to spit it out, but the girl swallowed it, and the teacher continued to ridicule the girl about swallowing gum and was yelling that the gum would be in her stomach for seven years and I’ll never forget how unnecessary the drama was that day.

That we use 10% of our brain, power, or capacity, this was actually proven to be bullshit. I like to put it this way: it’s like saying we only ever use 1/3 of a traffic light. Using 3/3 of a traffic light at once would be ridiculous and useless. Using 100% of your brain at once is called a seizure, and you won’t like it.

My personal favorite is the knife vs. scissors test. So my grandma would do this to all the pregnant women she could. She would take two chairs, two towels, a kitchen knife, and a big pair of scissors. She would wrap each item in a towel and place them each on a chair. The pregnant lady would not be in the room at this time.

She would then be brought in. Not knowing which item was on which chair, she would pick a random one and sit on it. Supposedly, the mom knows the baby’s gender subconsciously and automatically picks the correct chair. Knife for a boy, scissors for the girl.

I think it’s a failure of perspective. A person just entering adulthood is still basically green. As a Gen X, I can look at them, shake my head and say these kids are entitled. It’s a failure on my part, not realizing I was basically the same when I was their age. Forgetting all the stupid, naive shit I and my generation did.

Personally, I am excited to see the changes they will bring to the world. I applaud them for standing up for themselves, not taking the shit (from employers, etc.) that was all too common in my day. They deserve better than what they are getting now, loaded with debt from the elevated cost of living, education, and future health care.

Mom told me if I shaved my legs, the hair would grow back thicker. It doesn’t. They see preteens/early teens shaving while also going through puberty and think it’s correlated.

Of course, as you descend through puberty and into adulthood, the hair will get thicker & darker. Regardless or not if you shave it.

“You eat eight spiders in a lifetime” is a statistical error. Spiders Georg, who lives in a cave and eats ten thousand spiders daily, is an outlier and should not have been counted.

Every once in a blue moon, I stumble across someone who believes that cabbits are a thing. Some people genuinely believe that a cat and rabbit can fornicate and produce viable offspring, but anyone with an ounce of common sense should understand that it would be impossible.

I’ve known a lot of idiots in my life, but I’ve never heard something this stupid.

Lightning never strikes the same place twice. While this is false factually speaking, I feel like most people use it metaphorically to mean that you shouldn’t count on lucky/unlucky things happening again.

Wait! you’re telling me lightning rods aren’t single-use? Oh my god, what am I going to do with the collection of 300 copper poles sitting in my garage now??

Having the overhead light on in a car while driving is illegal. I don’t know. My dad was adamant that it was an extreme safety hazard to have those overhead lights turned on.

My father never told me it’s illegal. He told me the truth: He would not be able to see out of the window. Why do so many people just lie?

Anyone Can Be Anything

Anyone can be what they want when they grow up. That one messed me the most. I went from being a college prodigy in my major to an unpaid intern washing dishes at a bar, begging for a foot in the door.

Finally found my career, nothing to do with my degree, just who was paying best. It only took ten years after graduation to finally support me.

I come from an Italian family. There are so many crazy old wives’ tales. Break a mirror, seven years of bad luck. If your right hand itches – you’re coming into money. If it’s left, you’re losing money.

The most bizarre one is putting a glass on someone’s head upside down to see if they have the “Evil Eye” on them. A lifeguard in Anacapri did this to me with a full glass of water to see if the water started to bubble to determine if I had a heat stroke. It was the most bizarre thing in the world.