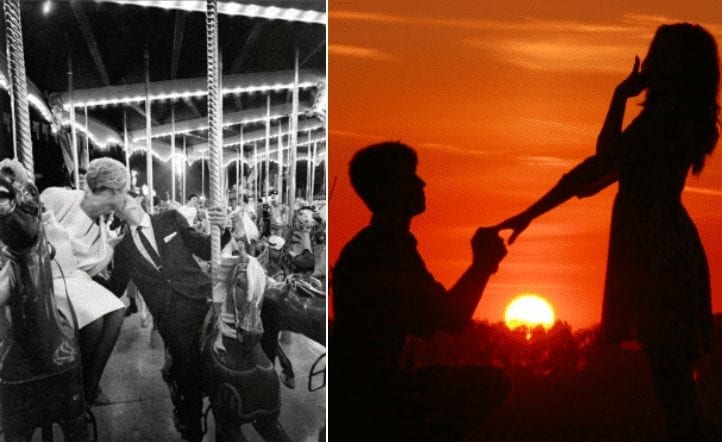 When you’re young and in love it feels like there is nothing that can stop you. Sadly, this isn’t true. This is a lesson learned by two Minnesota teens in the 1950s. High school sweethearts, Karen Lehmann and Dennis Vinar they wanted to get married after she fell pregnant. However, they couldn’t stay together and to compound matters, they had to give their baby up for adoption.

They say that you never forget your first love. This was certainly true in Dennis Vinar and Karen Lehmann’s case. When they started dating, Dennis was a sophomore and Karen was just a freshman. They thought nothing could tear them apart but someone could, and they did.

Dennis seemed like your average American teenager. Due to a childhood illness, Dennis had been held back a year in school. As a result, Dennis wouldn’t let anything else in life hold him back and he worked hard to ensure that.

Dennis also became an athlete. When he was in high school, Dennis joined the football team. He quickly became a successful player and he became quite popular amongst the high school girls. He, however, only had eyes for one girl.

Unlike Dennis, Karen Lehmann was not one of the more popular kids. Karen was more reserved than high school athletes. She didn’t worry as much about her social life and instead focused on her schoolwork and playing the clarinet.

Karen and Dennis seemed to be polar opposites, however, they both shared a remarkable work ethic. Karen became a star clarinet player by the end of her freshman year and she seemed certain to get into college early.

The pair met in 1958 when Karen was only 13 and Dennis was 15. Even though he was immediately attracted to her, Dennis didn’t act on his feelings due to how quiet and shy Karen was. Over time the pair grew close and got to know each other.

Being a star athlete, Dennis was considered to be quite a catch by the local girls. This is why most of them were more than a little jealous if Karen for attracting the attention of one of Brownton High School’s best football players.

Dennis would always walk Karen home after school, even when this meant being late for football practice. He would eagerly carry her clarinet for her and it was clear that the couple were both more than a little taken with each other.

Despite this, they were both regular teens. This meant that their hormones were raging like anyone their age. However, through this storm of hormones, the couple’s love for each other grew and remained genuine. Then Karen’s parents’ worst nightmare came true.

At the tender age of 15, Karen discovered that she was pregnant. Being the respectable boy that he was, Dennis proposed to her in an effort to do the honorable thing. Sadly, their parents were not happy and thought them too young to get married and stopped the proposal.

During the ’50s and early ’60s, pregnant teen girls weren’t seen as expectant mothers. In fact, they were known as “unwed mothers” which carried a very unsavory stigma. Karen was sent to a maternity home for unwed mothers where she would bring her baby to term.

Girls in Karen’s situation were routinely sent to one of these maternity homes. However, once their baby was born, the girls were not able to spend time with their newborn baby. In fact, they were forced to put the babies up for adoption.

As If Nothing Happened

As if this wasn’t bad enough, once the girls returned home from these places, they had to act as if nothing had happened. Karen didn’t have any choice in the matter. She had to obey her parents and went to the maternity home.