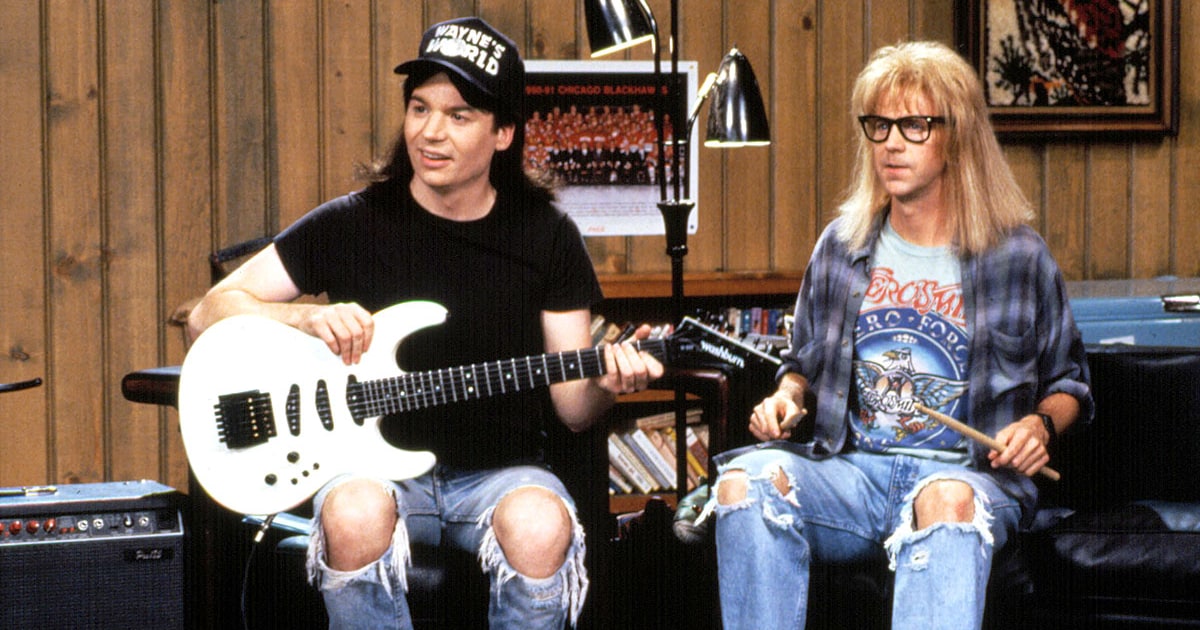 Over the years, Saturday Night Live sketches have provided us with some of the funniest and most memorable characters in TV history. In short, punchy bits, certain characters manage to really stand out and stick with the audience enough to warrant a recurring bit, thus the creation of SNL movies.

Once in a while, they become popular enough that Lorne Michaels will greenlight a feature film and send the characters onto the big screen. While they don’t all necessarily work (Sorry, Stuart Saves His Family), some of them actually turned out to be pretty damn funny SNL movies.

These are the top five movies based on SNL sketches.

This flick starring Tim Meadows as smooth talking (except for the lisp), late-night radio host Leon Phelps didn’t do much in the box office and was completely panned by critics, but if you give it a watch we promise it will give you some solid laughs.

Leon Phelps is a sex crazed sex therapist and radio host who begins a journey to tracing back his previous conquests to find a mystery woman who leaves him an enticing note.  In the meantime, a group of men whose girlfriends and wives have been seduced by Leon in the past, are pursuing Leon.

Leon is a bit of a one-note character, but this film is sneaky funny and definitely underrated. Plus, we say if a film features Will Ferrell donning a singlet and oiling up to legitimately Olympic-style wrestle with Tim Meadows, it’s at least worth giving a shot. Unfortunately, the movie earned around $14 million against a reported $24 million budget.

Favorite Quote:
Leon – “I have made love to many fine ladies, from the lowliest bus station skank, to the classiest, most sophisticated, educated, debutant, high society bus station skank.”

“They’re aliens with giant, cylindrical heads and they talk funny.” Not exactly the most reassuring film pitch and not exactly SNL’s finest film, but definitely a good one nonetheless. The movie features Dan Akroyd and Jane Curtin, the parents of a family of aliens living in the suburbs.

There are some classic scenes, like the one between the youngest Conehead, Connie, and Chris Farley who plays a mechanic and her love interest, when she takes down a sub sandwich in one bite, and Jane Curtain’s Prymatt Conehead using her mouth as a vacuum bag. Overall, it’s just a fun film with a few really funny moments.

Despite cameos from a dozen of notable comedians, the film failed to eanr back its budget and was disliked by most critics.

Favorite Quote:
Beldar – “Take my car. Its reinforced alloy superstructure is far superior to that of your broken down, rusted out shit box.”

Based on a short Will Forte sketch where a MacGuyver-esque hero is never able to diffuse the bomb before it explodes, this movie didn’t exactly blow up the box office, but you have absolutely got to check it out.

MacGruber went from sketch to Super Bowl commercial to feature film and now it’s got a cult following.

The character names alone are worth at least giving it a chance: Vicki St. Elmo, Lt. Dixon Piper, Dieter Von Cunth… that’s just high-quality writing. Oh and also there are scenes where Will Forte blows up a van full of professional wrestlers and has vigorous sex with an imaginary vision of his dead wife. It’s not high brow, but it’s just plain funny.

The Blues Brothers’, Jake and Elwood seek to reunite their band and save the Catholic orphanage where they grew up. During the journey, you’ll see some incredible musical numbers and see them smash up half the city of Chicago.

Elwood and Jake Blues were the first SNL characters to make the jump to the silver screen and remain the most iconic. They weren’t sketch characters in the same sense as most SNL characters were, because they only did musical performances on the show. There were no catch phrases or token moves, they were just two badass, blues-playing brothers, and in the movie they remained as such.

Also, since the Brothers only appeared on SNL performing songs, there was no need to call back to the sketch comedy; the movie was allowed to create its own world with its own rules. What resulted was a two-hour Belushi and Aykroyd romp that featured some of the biggest musical performances and craziest car chases you’ll ever see, especially compared to other SNL movies.

Favorite Quote: Elwood – “It’s 106 miles to Chicago, we got a full tank of gas, half a pack of cigarettes, it’s dark… and we’re wearing sunglasses.”
Jake – “Hit it.”

Wayne and Garth were just two Midwestern rockers who filmed a local TV show out of Wayne’s mom’s basement and spent most of their time not so subtly talking about girls they wanted to nail and hurling. But when it came time for their moment on the big screen they wound up with a genuinely great movie that has endured the test of time.

From the classic “Bohemian Rhapsody” sing-along in Garth’s sweet, flame-licked Pacer, to the slow-mo shots of Tia Carrere while “Dreamweaver” played in the background, basically every scene in this ’92 comedy was hilarious.

Favorite Quote:
Garth – “Benjamin is nobody’s friend. If Benjamin were an ice cream flavor, he’d be pralines and d!ck.”

There you have it, the very best of the SNL movies. And allow us to offer our sincerest apologies to the seven huge fans of “Night at the Roxbury,” as well as to the zero huge fans of “It’s Pat! The Movie,” but there simply wasn’t enough room on the list to try to polish those turds. If you think they absolutely deserve to make the cut, then throw together a list of your own, and give our regards to Julia Sweeney.