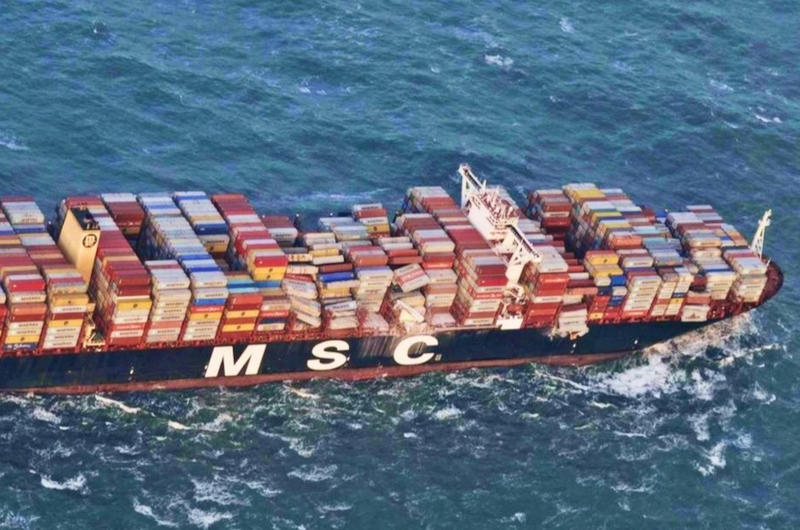 The time that it took for the ship to go from loud and rowdy to dead silent felt like a matter of seconds.

He looked around and thought about how the place now looked like a cemetery that he would never be able to get out of. He thought the work would be easy. He soon discovered that what he had signed up for was not an easy job.

Mohammed Aisha was over the moon when he got a job with MV Aman in 2017.

He would be the chief officer overseeing the transport of goods on a ship. The pay was great and he would be able to help his family. But his optimism would soon be crushed.

The problems started with something as simple as a few pieces of paper.

Their certificates were found to be expired in the port of Arabiya. Then the inspection found expired safety equipment. Aisha was unaware of any of this, it should’ve been sorted out by the owner before the ship left.

They needed to fix the problems. Otherwise, they wouldn’t be able to leave the port.

Aisha couldn’t believe that they had to wait. And to make matters worse the company hadn’t given the ship enough fuel to go further, that’s when the people started filing out of the ship.

The crew was getting antsy and started to leave to go to the airport to fly home.

To pile on top of things the officials told Aisha that he was the legal guardian of the property until things were sorted out. He was asked to sign a document he wasn’t entirely sure he wanted to. He had no idea what he would be getting into.

Aisha watched, confused and helpless as they took his passport and left him on board.

The first few months seemed tolerable. There was power, water, and things to keep him busy – mostly counting down the unknown number of days until help arrived. When the power ran out, the worry grew. When the food and water ran out, he turned terrified.

The boat turned dark, steaming hot, and filled with rodents and bugs.

No one would come to help him or drop off supplies. The days alone took their toll on his mind until he felt like he was losing it. It only got worse when, after two agonizing years, he found out his mother had passed away.

He begged the authorities to give him his papers, but they refused and left him to be stranded.

More than one night he cried himself to sleep – for not being there for his family and for being so foolish to sign the paper. But he was also furious.

The ship was pushed 4 miles down the shoreline by strong winds and waves.

He now sat closer to shore. The food had run out and he could feel his strength slipping away. Aisha made the impossible decision to try to swim to shore to get help.

He pulled through the dirty waters of the Suez Canal, his phone and the tiny amount of cash he had left in a waterproof bag.

He had only two goals – eat and charge his phone so he could send his message out. But would anyone care?

Through the help of his family, he managed to post his videos about living on the abandoned ship.

Some had thought he had vanished or drowned at sea – never being told about the legal handcuffs. That’s when the international arguments started.

The company said they couldn’t do anything.

The Egyptian government said they wouldn’t. In the middle of it all sat a sick and starving Aisha – his only allies were the International Transport Workers Federation. He prayed every night they could save him.

The first ray of actual hope came when one of the ITWF’s members said he would sign a document that would make him legal guardian of the ship.

He would come with fresh supplies and fuel and find a way to deal with it. After four miserable years of being forgotten, Aisha would finally be able to go home! If the local government let him…

It was a heart-stopping snag.

And, for a few months, the local government refused to return his passport, even though all the necessary and legal steps had been taken. But, in the end, he felt the lifesaving document in his hands again. The ITWF also gave him more.

They paid for his flight home and medical treatment.

He sat on the plane, exhausted but anxious to get back to his family. He would hug them and never let them go. He would visit his mother’s grave and beg for forgiveness. But ghost ships aren’t all that uncommon…

The Naval officers lept aboard the rusty, old ship and quickly spread out to search it. They had been told to remain calm – despite the eerie circumstances under which it appeared in their waters – and find out what was going on as fast as possible.

But after a thorough investigation, they discovered there was no one on board and the ship had been missing for a decade. And what was that hanging off the front of it?

On the morning of August 30, 2018, two fishermen sat in their small boat off the coast of the Yangon Region in Myanmar. They had been waiting patiently for the catch of the day, just as they had done every morning of their working lives. But this day would be like no other.

The men slowly rose to their feet as a large shape shrouded in fog emerged on the horizon. But that wasn’t a shipping lane. Not one from this century anyway.

The panicked fishermen stared at each other in disbelief as it slowly dawned on them that the ghostly vessel was heading right for their boat.

As they desperately made their way out of the old, rusty ship’s path, they called the Coast Guard. But by the time they arrived on the scene, it was too late.

The creepy-looking ship ran aground on a sandbar before the Coast Guard, Navy, and state police descended on the beach.

It was immediately obvious to them that this wasn’t a Burmese ship. No one had ever heard of Sam Ratulangi PB1600, let alone reported it missing – which was strange because while the old ship appeared to be in good working order, there was absolutely no one aboard. How did such a large ship end up like this?

A statement from U Ne Win, Yangon regional parliament MP for the nearby Thongwa township, told The Myanmar Times, “No crew or cargo was found on the ship. It was quite puzzling how such a big ship turned up in our waters.”

What they didn’t explain was the intriguing clue to the tragic origins of the ship that the Coast Guard found hanging off the bow of the ship.

The Sam Ratulangi was a 177-meter (580-foot) container ship built in 2001. It was reportedly sailing under the Indonesian flag and embarked on its maiden voyage on that same year.

It sailed for eight years, transporting cargo throughout the world until one fateful voyage when it became lost at sea. But how did it arrive on the beach in Myanmar a whole decade later? And what happened to the crew?

According to manifests discovered aboard the ship, the Sam Ratulangi’s last official voyage began off the coast of Taiwan in 2009, sending chills down the spine of the officer that discovered it.

But the two cables found hanging off the front of the shape helped fill the gaps between when the ship last set sail and when it almost plowed into a pair of fishermen with no crew at the helm almost 10 years later.

The cables prompted a naval investigation of the area. Soon enough, officers discovered a tugboat named Independence about 80 kilometers from where the ghost ship was found.

This time when the navy boarded, they were relieved to find signs of life. Aboard Independence were 13 Indonesian crew members. But if the crew members were all Indonesian, and the Independence was flying a Singapore flag, where was the tugboat from? And did they have any information about the mysterious reappearance of the Sam Ratulangi?

A Time For Diplomacy

The Indonesian government was quick to point out that although the crew was made up of its own people, what the navy had found was a commercial vessel. “It has nothing to do with the Government,” insisted Muhammad Iqbal, director at the Indonesian Department of Citizen’s Protection.

So who were they? The Navy soon got the answers they were looking for.

After interrogating the crew members, Myanmar’s Navy discovered that the Independence had been towing the ghost ship to a factory in Bangladesh.

But tempestuous weather south of the Yangon River had led them into trouble and caused the cables to snap, sending the empty vessel right at the fishermen.

The owner of the Independence tugboat is thought to be from Malaysia, although exactly how he came across the Sam Ratulangi and what happened to its original crew remains a mystery as the investigation continues.

The Sam Ratulangi isn’t the first “ghost ship” to appear in recent times. Several fishing boats have been swept off to the coast of Japan, believed to be North Korean boats that headed too far out in search of fish.

Surely it shouldn’t be so easy to lose something as big as a boat. But perhaps it’s a testament to the sheer scale and peril of the oceans they roam.