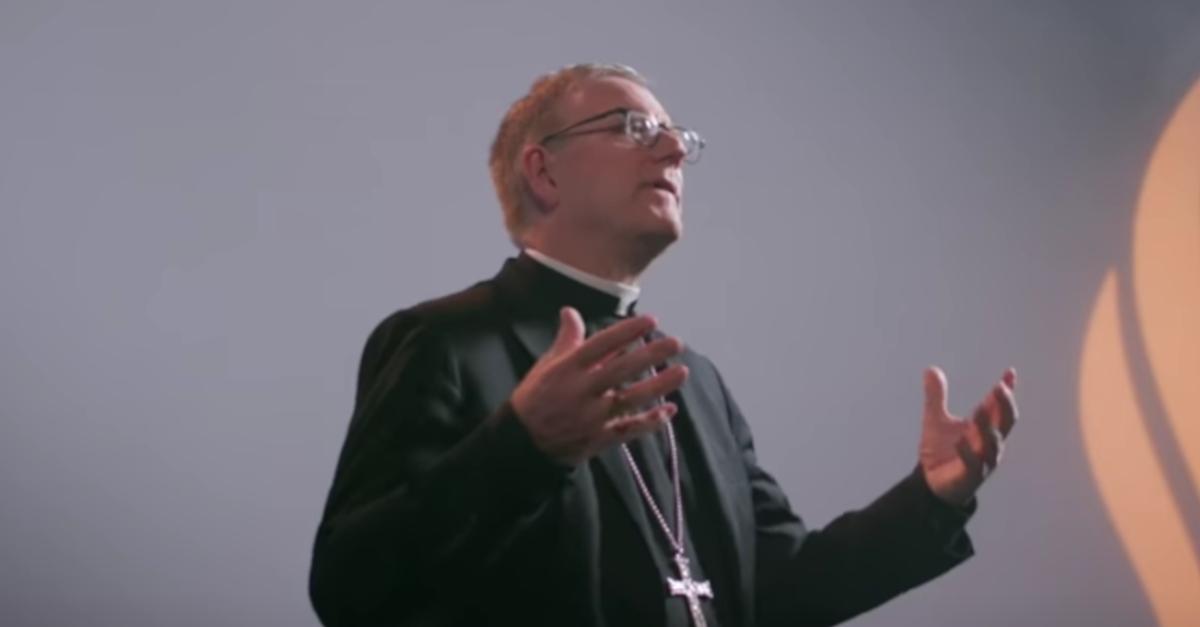 She had to be quick. She needed to make sure that no one would notice when she slipped away.

The situation had gotten out of hand and it made her furious. She had to do something about it and she had to figure out what was going on. But as she stepped further into the darkness, it was clear that she had no idea what secrets she would uncover.

Sundays used to be a special time for Shirley Jeffords and her family.

Breakfast would be homemade pancakes with strawberries and a generous glug of maple syrup. Then they’d get dressed in their Sunday best for church service. It was Shirley’s favourite event of the week. However, over the last couple months, things had changed – and not in a good way.

Their usual pastor had retired to the suburbs. He was adored by the community so it was a hard hit to everyone – especially Shirley.

When the new pastor arrived, she waited nervously in her seat to hear what kind of message he would offer. Shirley crossed her fingers, hoping that he wasn’t the “fire and brimstone” type. The middle-aged man straightened his papers and looked out at his congregation.

The pastor wasn’t as passionate as their previous pastor but the sermon was fine.

However, the more time went by, the more Shirley noticed other changes pop up around the church. It started with a new Sunday school curriculum. Then, he placed constraints for who could volunteer for different kinds of charities. But more worryingly, something felt off about him.

Shirley had been studying him for a while now. Everybody else seemed to like him but Shirley couldn’t shake the creepy feeling she got from him.

He was one of those people whose smile didn’t match their eyes. His eyes always appeared stone-cold to her, his grin wolfish. There was something ingenuine about him, and Shirley didn’t like her gut feeling about him at all.

Giving Him A Chance

Shirley stared out the window as they drove home, puzzling over the reason for her dislike of him.

She even asked her husband if she was just reading into things too much. He just smiled and said he noticed it too, but they should give the man a chance. It wasn’t bad advice, and she was ready to follow through. But the following week, she noticed a new sign posted near the altar, just before the golden partition.

She stared at the handwritten note with wide eyes.

The shock quickly boiled into anger. “No women or children past this point” the sign read. She hadn’t seen a sign like this since the ‘50s. As the pastor approached, she pointed at the offensive words and asked what was going on. He smiled briefly and said it was nothing for her to worry about. His dismissive demeanor angered her.

The more encounters Shirley had with this pastor, the more she knew her instincts about him were right. She didn’t like him and she knew there had to be a very valid reason behind it. She was going to find out what that was.

When she saw him sneaking around the ‘forbidden’ area, her skin crawled. He was definitely up to something.

Shirley’s blood boiled to the point that even her husband knew it was dangerous for him to open his mouth.

It would have been a different story if it had said “no one”, but to single women out in this day and age was ridiculous. Things only got worse when she noticed his behavior becoming more and more strange. It was like he was guarding the area around the altar. He was definitely hiding something.

By the following Sunday, Shirley had a plan in place.

As people shuffled out after the sermon, she waited until the pastor was turned away then quickly slid behind the golden partition. She pulled aside the velvet curtain and stepped into the forbidden zone. The first thing she saw was a mound of dirt.

Tools, boxes, and debris lay cluttered around the small back room. There was an odd smell – earthy, damp and mouldy. She pinched her nose.

It was almost completely dark. The only light shining in was the daylight that escaped in through the curtains. From the shadows to the rays of light, she saw dust particles float in the air, sparkling like tiny beads of glitter. Suddenly, her heart dropped.

Shirley was so absorbed by the strange atmosphere and smell that she almost fell to her death.

In the middle of the stone floor, was a gaping hole. A ladder sat beside it. He was digging inside the church? Why? What in the world was going on?! There was no way she was turning back now. Shirley grabbed the ladder and made her way down.

Shirley’s heart pounded as she descended. The floorboard beneath the ladder creaked with every step she took. A creak that echoed through the oncoming darkness.

As she reached the end of the ladder, her imagination was in overdrive. There are plenty of stories of deranged priests and pastors and religious orders throughout history. She desperately hoped she wasn’t entering into another one.

Soon enough, her eyes adjusted to the darkness and she could just about make out a strange form sitting at the far end of the long room.

A pile of long slats of painted black wood sat chipped and crumbling from age. When she finally realized the shape they made, she gasped in terror and jumped back. Suddenly, Shirley felt like she was in a horror film.

Shirley wanted to scream and run away. Now, the foul smell made complete sense. She was looking at the source. She tried to steady herself. She couldn’t turn back now. She at least needed to get photographic proof of this but now, she was more scared than ever to get caught.

She crept closer to the pile of wood. Each box looked like it had been here for centuries. What was she looking at?

Shirley found coffins and not just one or two but a huge pile of coffins. They looked like they were decaying. They certainly had been laying here for decades.

Shirley hoped desperately that her new pastor didn’t dig them up in some perverse search of his own. Disturbing burial chambers like this had to be illegal. But there was only one way to find out.

Quickly, Shirley grabbed her phone from her pocket and took pictures of the creepy scene. She didn’t dare to go any closer than she already was.

She could see some of the coffins had been opened. She couldn’t bring herself to peer inside. She was confident the pictures would be enough proof to back her story. But just after she snapped a few photos, she heard a sound.

A sound came from behind her, and she spun around.

It was the pastor coming down the ladder. In a panic she twirled around, looking for somewhere to hide but it was too late. He reached the bottom of the ladder. Her eyes met his. Shirley noticed the look of shock on his face to find her there before quickly regaining his composure. Shirley’s heart pounded.

With nowhere to hide, Shirley changed her tactic. Now, she would be the aggressor.

Shirley pointed to the end of the room and demanded to know what was going on. He glared back and said he would only tell her if she went back up the ladder. Shirley grumbled as she made her way to the main floor, keeping an eye on the pastor behind her.

The pastor looked confused. “Wait, wait, wait”, he said. “You’ve got this all wrong”. Shirley waited for the explanation that would explain everything.

May They Rest In Peace

Shirley heard stories like this on the news, but she never would have imagined it would happen only a few meters below her feet.

She looked at the pastor in amazement. This was why he was so secretive about the entire ordeal. He had stumbled upon an ancient burial ground that was completely unknown to the church. But how did he find it?

It turned out that when the pastor first arrived and took a tour of the church, he had noted some things that needed improvements. He commissioned some repairs for the church and arranged them in secret as a gift for the community, but then disaster struck.

One of the workers had lifted the heavy floor tile to put in a new one and found the hole. The long room was in fact a secret crypt.

And it wasn’t just any pile of coffins. They had found evidence that a couple important archbishops had made that spot their final resting place.

Shirley crossed her arms and glared back at the pastor. The find might have been great for their church. But what about the sign?

He explained that he didn’t want women or children back there because the scene would be “disturbing for those with delicate natures.”

It felt like she was breathing fire. She immediately pointed out that in their congregation there was woman medical examiner, dentist, construction worker, a marathon runner, and truck driver. His thinking was entirely medieval – just like the crypt below them.

Whether or not he would adjust his mindset was yet to be determined.

But at least, when they walked into service the next Sunday, the sign had been changed to “no one” and the find announced to everyone. At least it was a step in the right direction.