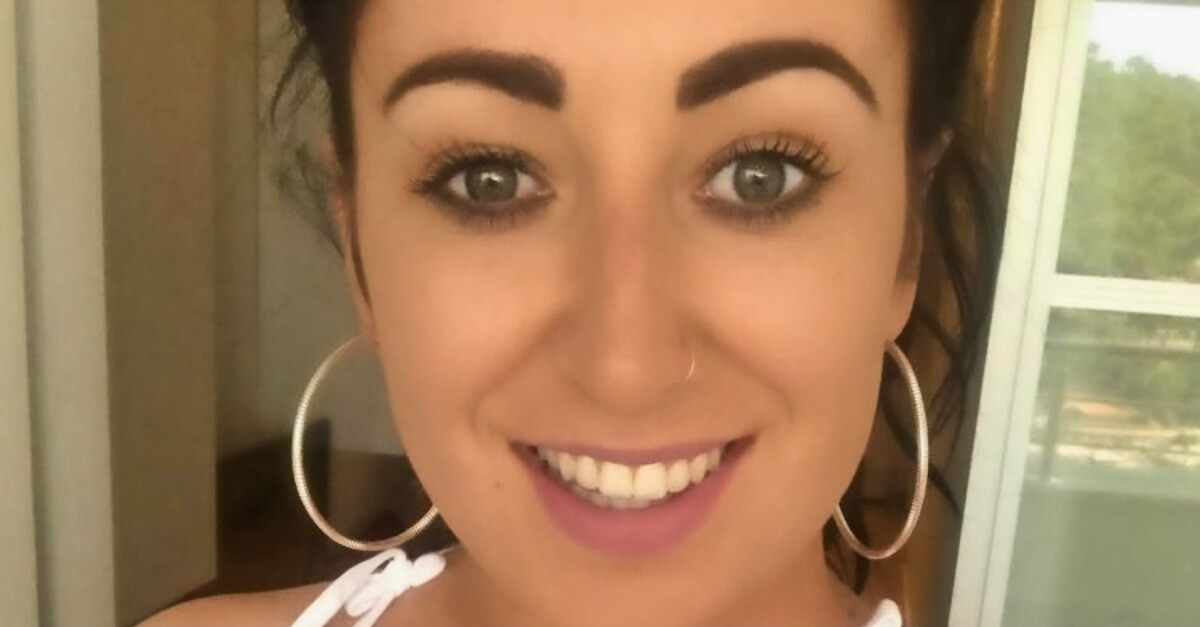 Stephanie woke up excited and took a selfie to mark her little boy’s special occasion. Little did she know the selfie would end up saving her life.

When she didn’t show up at her parent’s house, they began to worry. They drove to her house and burst open the doors. The scene that awaited them would be etched in their memory forever.

Stephanie Farnan woke up with a kick in her step. It was her little boy, Oscar’s, first day of school. She prepared his lunch and packed his school bag the night before. They were all ready to go. All she needed to do now was get Oscar and herself ready.

She excitedly took a selfie marking the special day, completely unaware of what she captured.

As a single mom, Stephanie was used to doing everything herself. She never complained and loved being a mom, even if it did get hard at times.

They lived in a small two-bedroom townhouse that was only a couple of streets away from her parent’s house. She could always rely on them when she needed help. And she was about to need more help than ever before.

Calm Before The Storm

The last thing she remembered was getting up that morning. She didn’t remember taking the selfie or brushing her teeth. Nothing. Fear sent shivers down her spine.

Stephanie had planned to drive to her parents that morning to take pictures together before she dropped Oscar at school. She hurriedly brushed her teeth but just before she got the chance to get dressed, disaster struck.

The more time passed, the more anxious Stephanie’s parents got. She was supposed to call over to them half an hour ago. Now, there was no chance Oscar would make it to school on time.

When Stephanie failed to answer her phone, the family began to worry. There was no way she’d be late for Oscar’s first day of school. Something was very, very wrong.

Stephanie’s parents hopped into the car and drove straight to her house. They called her brother who lived close by too. Almost immediately, they were all at her house. With their own set of keys, they entered Stephanie’s house and called out for her.

When their call received no answer, fear gripped their entire being. They raced through the house until they found her.

Stephanie was lying unconscious on the bed, still in her pajamas as her son was fast asleep on the end of the bed. What on earth happened?

Oscar woke as they nudged him awake but Stephanie was out cold. Immediately, they started to panic. Stephanie’s mom called 911 as her brother grabbed her phone, looking for any hint that would explain the state she was in. His stomach dropped.

Stephanie’s brother stared at the selfie Stephanie took that morning. What he saw shocked him. Immediately, he showed his parents. He sent it to his own phone as a copy of proof.

When the ambulance arrived, he was quick to tell them about what he had discovered. Their eyes doubled in size as she showed them the photo. “We have to get her to the hospital NOW!”, the medic said.

Quickly, they strapped Stephanie onto the medical bed and hooked her up to some intravenous fluids. Her family joined her in the back of the ambulance as they rushed to the nearest hospital.

Once they arrived at the general hospital, the selfie Stephanie took was shown to the doctor in charge. He took one look before nodding firmly and yelling out demands.

Stephanie was immediately transferred to a specialist hospital in another state. She woke up hours later in ICU after having immediate surgery.

Her vision was blurry at first. Suddenly, she realized she could only see out of one eye. She lifted her hand to the darkness and found an eye patch. Just then a hand grabbed her.

It was an ICU nurse, “You’re awake, my dear”, the sweet voice said. “Don’t touch that. It’s better that you let that heal. Do you know why you’re here? Do you remember what happened?”, she asked.

Suddenly, Stephanie looked around. Her heart began to pound as she realized where she was. “Thank goodness you took that photo”, she sighed. What happened?

The nurse told Stephanie that her family was here. She wanted to let them explain to her what happened. She left and briskly returned with her mom and brother in hand.

Her mom explained to her that they went to her house after she didn’t show up this morning. They found her lying in bed unconscious. Oscar was asleep next to her.

They reassured her that he was completely fine but that she wouldn’t wake up. That’s when her brother grabbed her phone and saw the disturbing selfie.

She posed for the picture with one eye completely shut and the other eye dropping half-open. Little did she know, she was suffering from having a stroke.

But she also had no idea that the photo saved her life. Because she had recorded the exact time she had the stroke via the photo on her phone, the doctors were able to determine what course of treatment to take.

The only thing that saved her was a blood clotting tablet which is usually very hard to medicate as if you prescribe it too late, it could do more harm than good.

Luckily for Stephanie, the team knew she was still eligible for it because of that blessed selfie. Thankfully, Stephanie has made a full recovery and continues to thank her lucky stars every day.