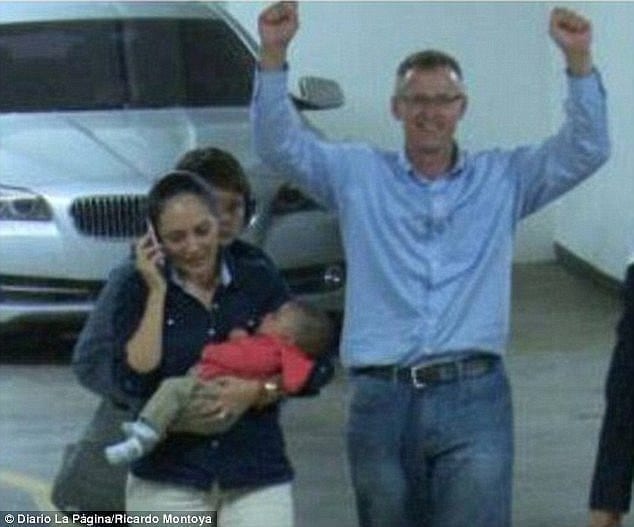 Holding your newborn is something most parents take for granted. However, Rich and Mercedes Cushworth can finally hold their baby a year after birth. This one simple act seemed like it would never happen for the couple. However, after a long and painful legal battle, they finally have their baby home.

Their nightmare started when Mercedes gave birth in El Salvador. Mercedes is an El Salvador native but met her husband Chris at the Christ For The Nations missionary school and it wasn’t long before they got married. However, Mercedes had to return to El Salvador before the due date of her pregnancy due to the fact that she had a short-term visa.

While in hospital, Mercedes underwent a c-section to deliver her baby. Afterward, the nurses handed the new mom her baby so she could nurse him before taking him away again. The next morning they brought her a different baby.

Even though the doctors calmly and confidently reassured her that it was in fact, her baby, Mercedes felt that something wasn’t right. She tried to not think about it and accept the doctor’s words of reassurance she felt guilty that she doubted them.

The boy was named Jacob and taken back home to Dallas. However, as days passed and Jacob grew older it became more and more clear that he looked nothing like either parent. Mercedes’ doubts returned and she became sure that this wasn’t her baby. She quickly decided to have a DNA test done to ascertain the truth.

When she finally got the results back Mercedes saw that there was a 0.0 percent genetic match. She was absolutely dumbstruck Her worst nightmare was coming true. The family had been raising young Jacob as their own and caring for him. This made the fact that he wasn’t theirs was unbelievable.

To make matters even worse, not only was Jacob not theirs, but it also meant that they had no idea where their biological baby was. The couple revealed how painful this ordeal was for them as a family. Suddenly they had to hand back Jacob who they had been caring for. The only thing that made it more bearable was the fact that their own son had been found.

It took just over a year of a trying battle with El Salvador’s legal system before they could bring their own son, Moses, back home to Texas. Finally, they had their son where he should be and they can be assured that they are caring for their own child.

Chris and Mercedes have stated that they had met Jacob’s biological family and that they hope to remain in contact with them. What both families still need to deal with the fact that such a thing happened. They also don’t know how something like this could have happened.

San Salvador’s Ginecologio hospital is considered to be the best private clinic in the country. Both the hospital and The El Salvador Gynecology and Obstetrics Association have defended the doctor who was involved. He has been accused of being involved with human trafficking. While nothing has been proven yet, this case will remain a mystery for now.

Even though they have undergone such a traumatic event, Rich and Mercedes count their blessings and are glad to be reunited with their baby. Now they are thankful for every second with their precious child.