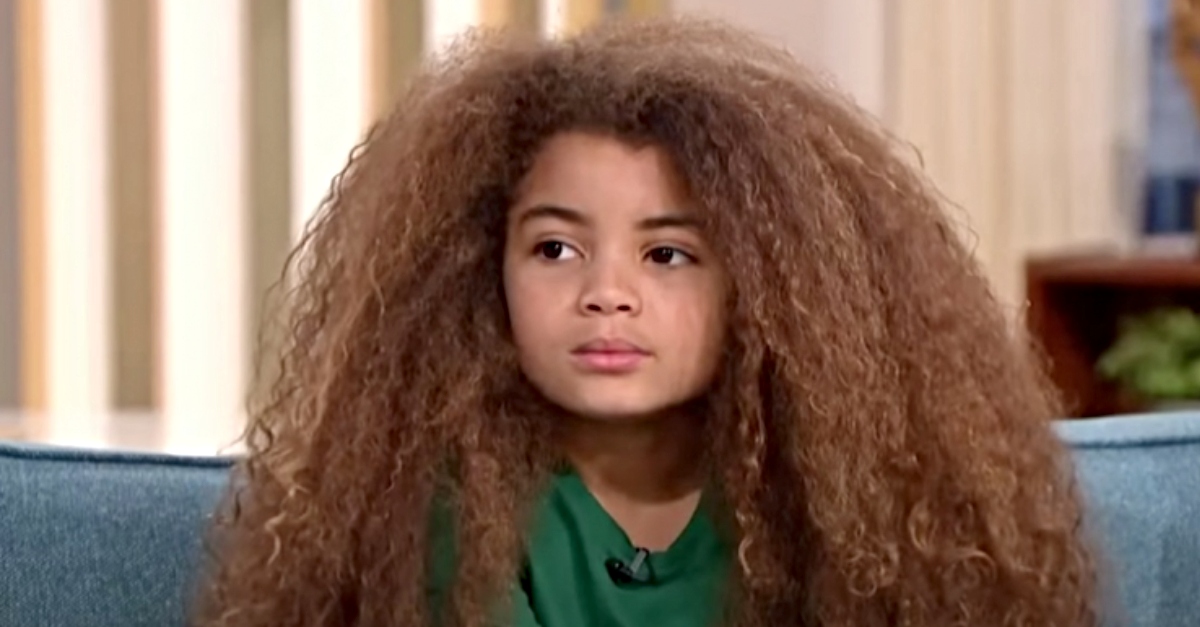 Threats From The School

The woman was furious when she couldn’t understand why her son had come home crying after school.

It was happening again, the matter revolving around her son’s hair. The school made threats in hopes that the mother would adhere to them, but it backfired.

Bonnie James was a single mother to her Farouk and his big brother. She had dealt with a lot raising them and always stood up for them.

She wanted to provide for them in the best way possible, including their education, but that proved problematic when it concerned her youngest for a peculiar reason.

Farouk had hair that stood out due to his ethnicity and a mother who contributed to his unique look by styling his hair.

He often received compliments for his hair, but that would soon change.

The schools in the UK had strict regulations concerning clothing choices and styles.

Farouk’s hair was a concern among the schools which resulted in multiple application rejections. His mother was furious.

It Was Happening Again

Bonnie’s elder son faced the same issue when his application was sent. Her now 23-year-old son had made it into The London Oratory School, where Farouk was now being denied entry.

The school had a problem with her elder son’s “too short” while he was schooled there, and now she struggled to find schooling for her son because his hair was “too long.” By then, it felt like a personal hit.

He Was A Good Kid

Farouk James was a kind-hearted eight-year-old with nothing but love to give. He was not a kid that got into any trouble.

It broke her heart to see her son coming home in tears, especially when he had been punished for doing nothing wrong.

He had finally been accepted to a school, only to have them threaten his mother about changing his hair. They insisted that there would be consequences if she did not comply.

Bonnie was unsure what to do. It was her son’s education versus standing her ground, so what choice could she make?

Farouk’s distinctive hairstyle gave him an opportunity. His personality, hard work, and his mother’s help landed him a child modeling job.

Following the school rules would mean giving up his job. His mother was torn and didn’t know what else there was to do.

The school made no effort to meet them halfway, reminding them the rules would not change and that if they were not followed, there would be repercussions.

They relentlessly tried to force her to make her son’s hair rule compliant. She felt torn between making the school happy and protecting her son’s preferred style.

Things had escalated, and the school would not change their minds about Farouk’s hairstyle, despite what it would cost him as a model.

That was the last straw, and Bonnie had to do something. As a mother, she was unwilling to accept these terms and have her son suffer.

The main reason the school wouldn’t accept Farouk was that his hair was too long. That was it. They’ve made such a huge deal about it and wouldn’t take the boy for such a petty reason.

Bonnie knew her son deserved better treatment and vowed to do something about it. But what could she do?

The school eventually launched an attack on James and kicked him out of the educational program because the boy had long hair.

His mother was shocked to learn that her little boy was not allowed to get his education because his hair was big and broke the school’s old rules. This meant that they might have no choice but opt for homeschooling.

The mother went on a crusade to get the school to update its out-of-date policy so her son could learn alongside his friends in class and change their minds.

Bonnie James was a strong believer in following your dreams, and she would not allow her son’s hair to hold him back from achieving his goals. She had already started making steps toward changing the school’s policy so that boys like Farouk could get an education without having their hair affect them negatively.

With such important work being done, Farouk and his mother were honored with the ‘People’s Award for Courage’ by L’Oreal Paris UK. This was a huge achievement not only for Farouk but also for children who might be dealing with similar issues at school.

Bonnie James remains optimistic that things will work out eventually. She knows her son is an intelligent boy who wants to learn, and she does not want his hair to hold him back from living the life he deserves.

After she shared her story on social media, Bonnie James also appeared on television, sharing her experience with millions of people.

Days after her appearance, her story went viral on social media. Everyone supported her and agreed that the school’s policy was not only outdated but discriminatory. People hoped things would change soon, for everyone’s sake.