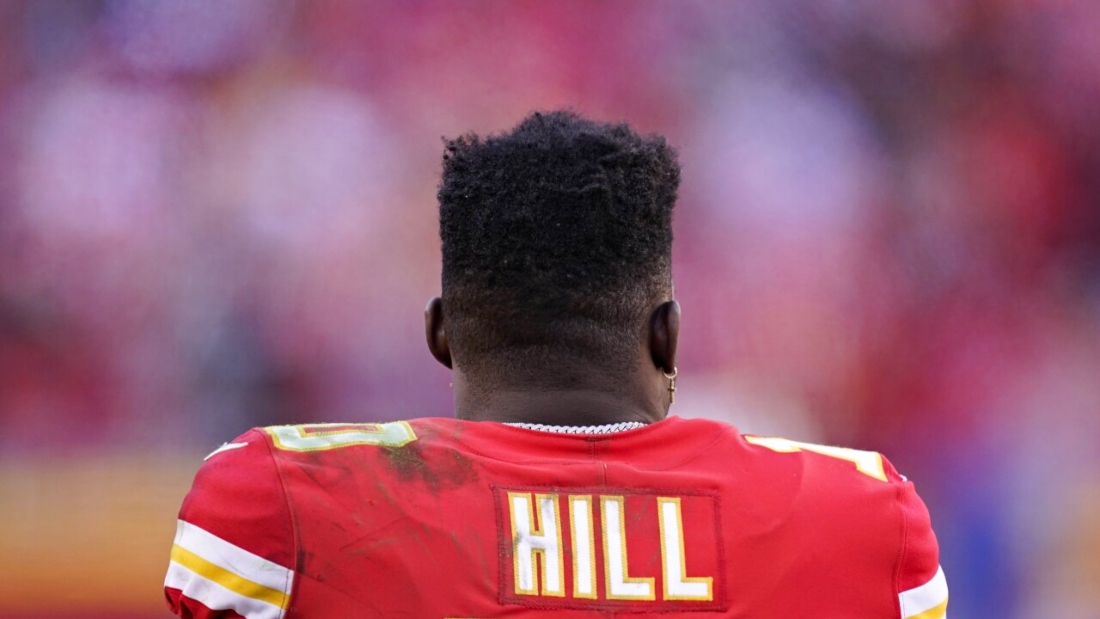 Tyreek Hill has been a polarizing figure over the years. Love him or hate him, he’s never been shy of making headlines. Often, celebrities are held to a more elevated standard than regular folk, which is no exception for pro athletes all over the globe.

While most people might know him for his talent on the football field, many know him for his penchant for controversy. In recent months, it’s been his love life stirring the interwebs and airwaves. But why is it a big deal?

Life On The Field

Tyreek is among the best wide receivers in today’s NFL. Traded to the Miami Dolphins in March 2022, reports around Hill’s deal claim that it was worth upwards of a hundred million dollars.

However, despite all his achievements, many troubling legal battles have revolved around the player for some time now. How will he hold up against the latest gossip aimed at his personal life?

Many of Hill’s fans know that unsavory allegations have been made against him in the past. But things seem to have gotten better for the twenty-nine-year-old wide receiver since 2019.

His plays on and off the field were undoubtedly good, and he was steadily cleaning whatever dirt his reputation collected over the years. But now, it seems controversy has sought him out again.

No one likes when their business comes into the public eye for everyone to criticize. For Hill, the entire world seemingly became privy to his private life, sending everyone to scrutinize his love life and role as a father.

While many have found it easy to judge his lifestyle harshly, some have mentioned that his fractious past happened when he was relatively young. What happened then centered around his former fiance.

While most of Crystal Espinal’s past is shrouded in mystery, she walked into the limelight alongside Tyreek as he began making waves in football. Although the two got engaged in 2018, their relationship lasted much longer, seeing that they had a son in 2014 when they were both 20.

This marks the time the dark allegations around Tyreek began. But although things eventually cooled off for him, trouble seemed to have sought him out in 2019.

Tyreek and Crystal had twin girls by 2019 when trouble began brewing for him. Their three-year firstborn son, Zev, got an injury, which had Tryeek investigated.

The investigation was dropped after no wrongdoing was found. But Tyreek and Espinal would call off their engagement, which would lead to Tyreek quieting down through the year. But in 2021, his love life was back in the headlines again.

The Keeta And The Cheetah

As 2021 rolled in, Tyreek, aptly nicknamed the ‘Cheetah’ because of his speed on the field, was back in the tabloids.

This time, the rumors were that he was dating famous social media influencer and model Keeta Vaccaro. The two confirmed the stories through their much-publicized romance. But Tyreek would take it to the next level.

Unlike most stories that put Tyreek’s life in the spotlight, this one would be different. His romance with Keeta was already in the limelight, and the two didn’t let it overshadow what they felt for each other.

The combined might of their popularity was staggering. Tyreek’s fans from the sporting world and Keeta’s social media presence were enough to ensure they’d be in many people’s mouths for a while. After much speculation, the two finally gave their fans what they’d been waiting for.

One might think Keeta Vaccaro became famous in the NFL because of her ties to Hill, but she has been around the sporting world for a while. She’s the sister of Kenny Vaccaro, who played as a safety for the Tennessee Titans.

All this spectacular intrigue added more flair to her relationship with Hill. On the 4th of July 2021, the two shook the country when they announced their engagement.

A year is almost over since Tyreek and Keeta announced their engagement through Keeta’s TikTok account. The couple didn’t share a wedding date, and as such, matters about their wedding have been left to speculation.

The two haven’t been making any public appearances together either. But everything blew up again when Tyreek was spotted vacationing with a different beautiful woman.

The fact that the famous NFL star was seen in the company of a beautiful model wouldn’t make news ordinarily. That kind of thing seems to come standard when you’re a famous sports star.

However, that’s not what really spruces up the controversy in Tyreek’s latest escapade. The controversial part was that, as far as anyone knew, Tyreek and Keeta remained engaged at the time. So who is this new companion of Tyreek’s?

Since the story first started showing up, the mystery companion in the photos that popped up on social media has been identified as one, Mary Isabel. Isabel, like Keeta, is a beautiful and famous social media influencer.

The pair certainly seem to be close and there was no denying that there is definitely some chemistry there. The brazen photos left fans waiting to hear definitive news of what was really going on.

Since news of Tyreek and new squeeze Mary Isabel surfaced, it does seem that he and Keeta are in fact toast. However, seeing as neither of the three has publicly commented yet, there may still be more to this whole triangle yet.

Looking at Tyreek Hill’s past relationships, it doesn’t seem likely that curiosity about this new love interest of his is going to disappear overnight.

To avoid the rumor and gossip mills miring the entire affair in a quagmire of speculation, one hopes that more definitive news will be made public by either Tyreek, Keeta, or Mary Isabel themselves. Until then, we’ll unfortunately just have to wait for the full scoop.

No News Is Good News

Given Tyreek’s checkered history with controversy, it seems that in his case at least, no news may be good news. One hopes that whatever the full story, Hill can emerge from it without adding anything further unsavory to his reputation.

After, given what a wonderful talent he is, NFL fans would probably prefer that he sticks to headlines for what he does on the pitch.