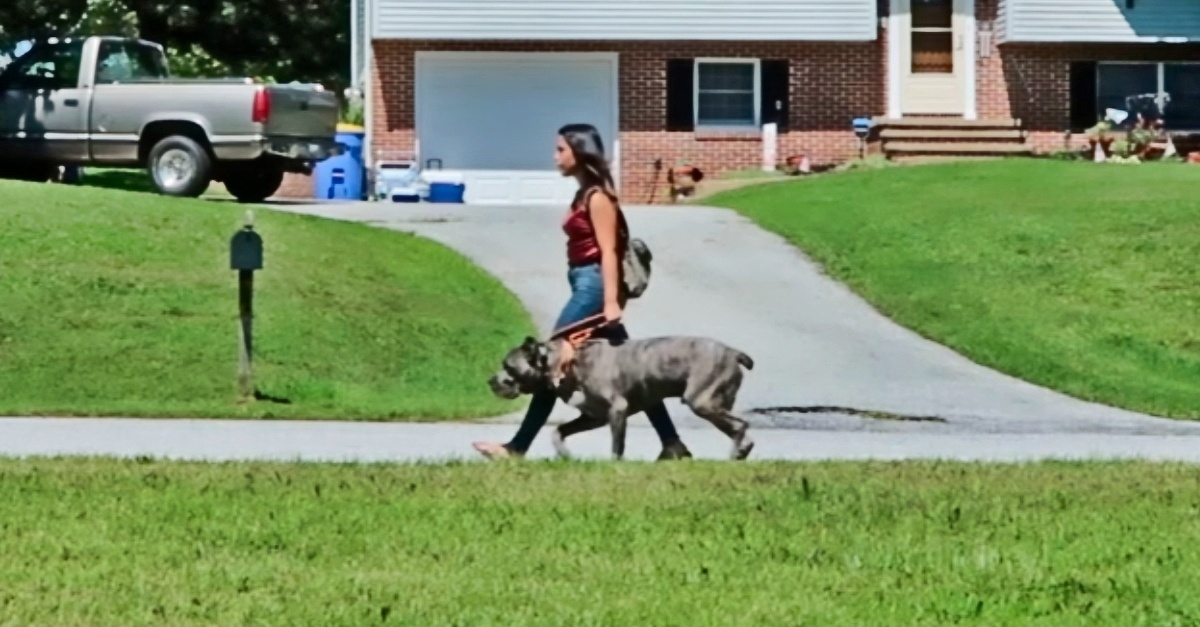 She had been so careful. But there he was, darkening her doorway.

There was nowhere to run. All she could do was grab the phone and dial the police. As he pounded on the door and screamed so loud it woke the neighbors, she held the door shut with all her strength. How had he found out where she lived?!

For Grace Morrison, it was hard enough being a single mom. But also trying to date? Forget it. It was impossible.

Most guys would run for the hills after they found out she had a kid. And those who were too eager to meet her munchkins got an immediate axe. Her little girl, after all, came first and foremost. But then, Grace met Jerry.

He was nice enough, maybe a little dominating in conversation.

But when it came to splitting the bill, he was chill. And knowing she had a child didn’t freak him out – he also wasn’t in a rush to play dad. He just wanted to test the waters and see where things went. And for Grace, that was perfect. At least at first.

In the beginning, she got butterflies in her stomach when they would meet up. It was the dreamy, honeymoon phase when people first met.

But as the dates progressed, red flags started to pop up. The first one was with her phone.

She was in his kitchen making tea. But when she came out, he had her phone.

He quickly set it down and said it had beeped. But when she looked, there was no sign of a new message. Next was the huff Jerry made when she smiled and thanked the waiter for his great entre recommendation. But it wasn’t the sudden appearance of the jealousy monster that really put her off. It was when he met her dog.

Dr. Fluffins was a grey mixed breed, who was more interested in naps and scratches than being on guard for anything more than a coming treat.

But the moment the old fluff ball caught a sniff of her boyfriend, he forgot his dog-park playtime, tensed, and growled like nothing she had ever heard out of the dog before. That was the last nail in the coffin. At least for her. Jerry’s true personality quickly appeared.

Grace felt a tight, cold pit form in her stomach as Jerry went from odd sweetheart to psycho faster than the Black Friday bargain.

Late night phone calls, aggressive texts, and other horrible behavior surfaced. It was then and there she was re-thankful for the fact she never brought men to her home. Jerry had no idea where she lived. But she had no idea that would quickly change.

It was something Grace could never have imagined … Jerry suddenly showing up on her doorstep.

His face was twisted with anger, and he pounded on the door and hard as he could. From upstairs, she heard her little girl start crying. Grace grabbed the phone with shaking hands and called the cops. How had he found her?!

Soon sirens echoed along her street and flashing lights bounced off the houses.

In his rage, Jerry had stayed around too long and was quickly put in cuffs. It should have been the ending to her nightmare, but she needed to know how he showed up in the first place. Thankfully, the police officer was the one to ask.

The cop pulled out a phone from Jerry’s pocket and swiped the screen.

It turned out that Jerry had been stalking the park where he had met her dog the first and only time. Despite being with a dog walker, Jerry had spotted the dog immediately and hatched a devious plan.

He had approached the walker, pretending to be a fan of the breed, and begged to take a photo.

To anyone, it sounded like a benign request – even flattering if it was your own dog. But what didn’t click with the walker, or even Grace, is that her address was on the dog collar. Dr. Fluffins had accidentally lead Jerry right to her doorstep! She first made sure to tell her friends and family was okay. But the next part would be just as shocking at her stalker.

Her post on social media exploded with not only sympathy, but with women sharing their own stories about being followed or terrifying interactions.

One woman shared that she had the same thing happen to her – except from a stranger – and she had to follow him all through the park demanding he delete the photo.

Another woman shared how she had been waiting for an Uber.

A man came up and started talking to her … far too closely. When the car pulled up, she said she had “forgotten her glasses” and if he could go check the licence plate for her (all in an effort to put space between then). What happened next was terrifying.

He came back and said it wasn’t the car. But something nagged at her.

She ran up to the waiting ride-share and saw it was actually her car order! She tried to get in, but the man jogged up and said, “Too bad you’re a smart girl.” He ran after her yelling and screaming even as the driver pulled away.

Even if Grace was a careful person, it just goes to show that women need to be extra careful. She went ahead and added a security camera as well as other things to make her home safter – not to mention changing the dog tags.

And, in the end, she decided that being single wasn’t so bad.