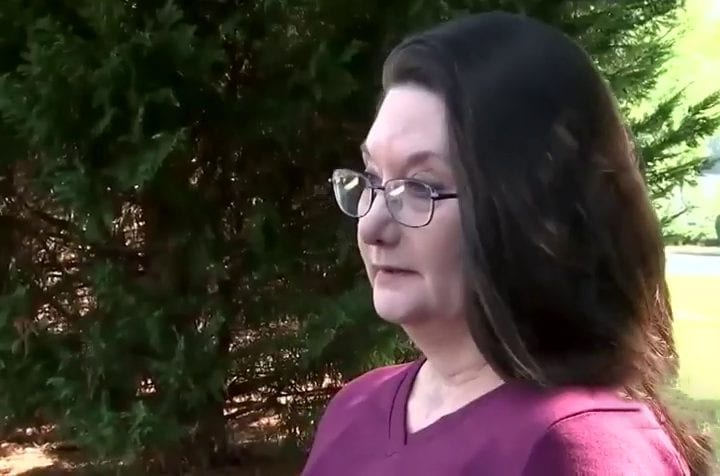 Feeling particularly prickly, she fetched her order from the counter and proceeded to find a booth where she could eat her Big Mac in peace. This town was really getting to her today and everything seemed to be rubbing her the wrong way.

Looking around angrily, her eyes fell on a seemingly empty booth in the corner. But when she saw who was actually occupying it, she saw red. 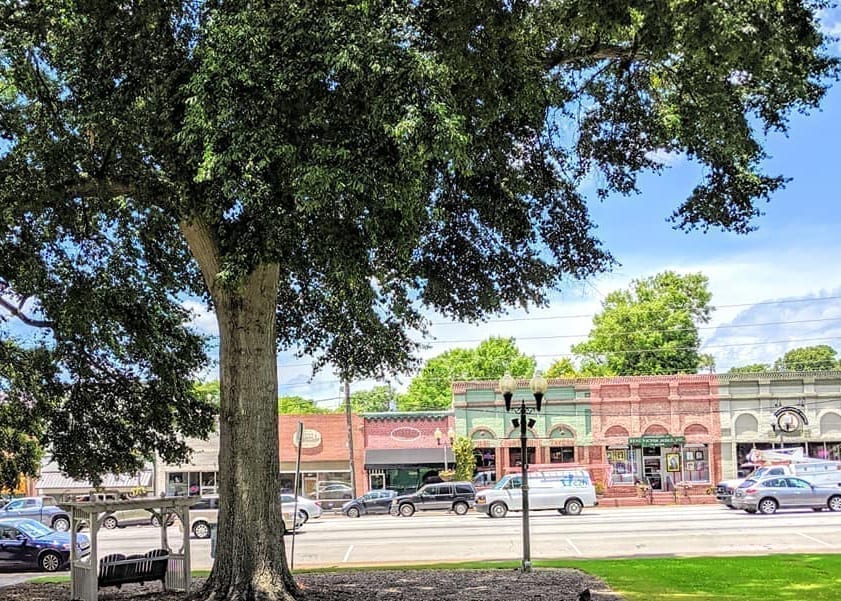 Luann Cofield was born and raised in Fayetteville, Georgia. But she was growing increasingly disillusioned with her hometown. Everywhere she looked, she saw constant reminders of what she perceived as the decay and decline of the city she once loved.

Maybe she was just having a bad day. What she didn’t know was that her bad day was about to become worse. 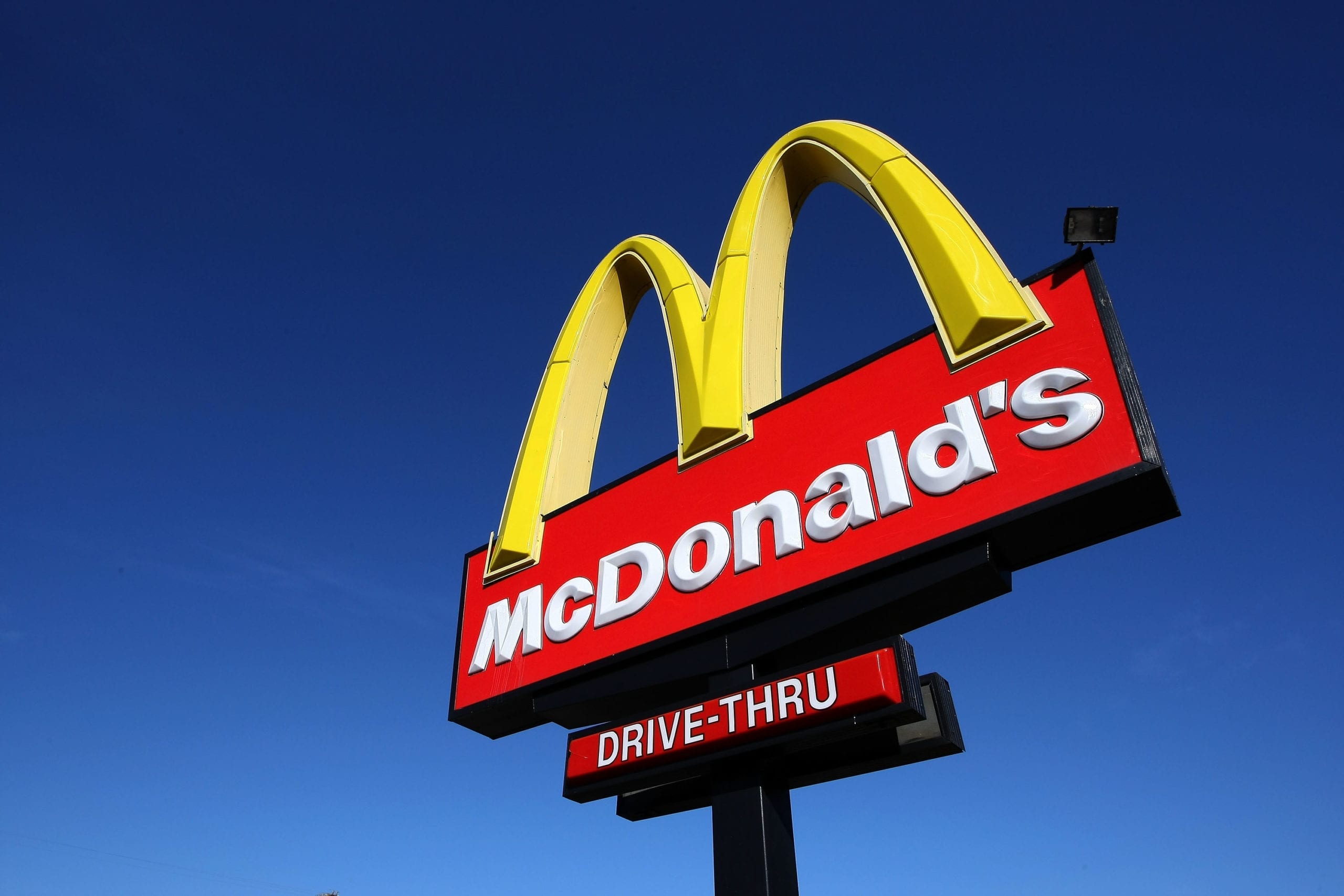 Luann stopped for lunch at a local McDonalds. Maybe if she got her blood sugar up her bad mood would start to improve, she thought as she ordered a Big Mac, a soda, and a side of fries.

But the sight of the man occupying the booth at the back was about to incense her further. 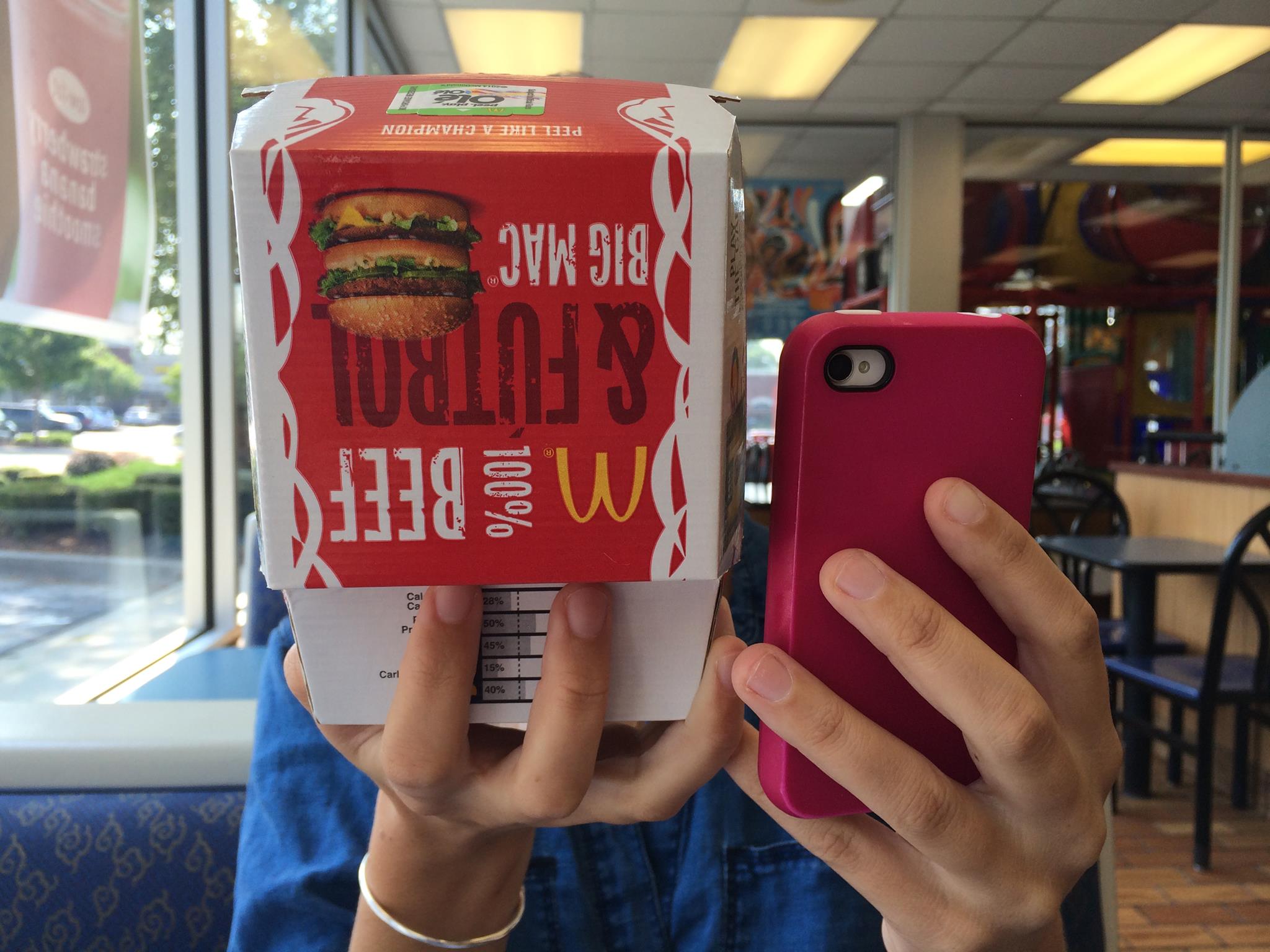 Taking a bite of her burger and then a double-take, she saw what at first looked like rags strewn out across the booth’s bench. When she looked closer, she saw that the table was obscuring what was actually a man.

He was stretched out across the full length of the booth, lying absolutely still. 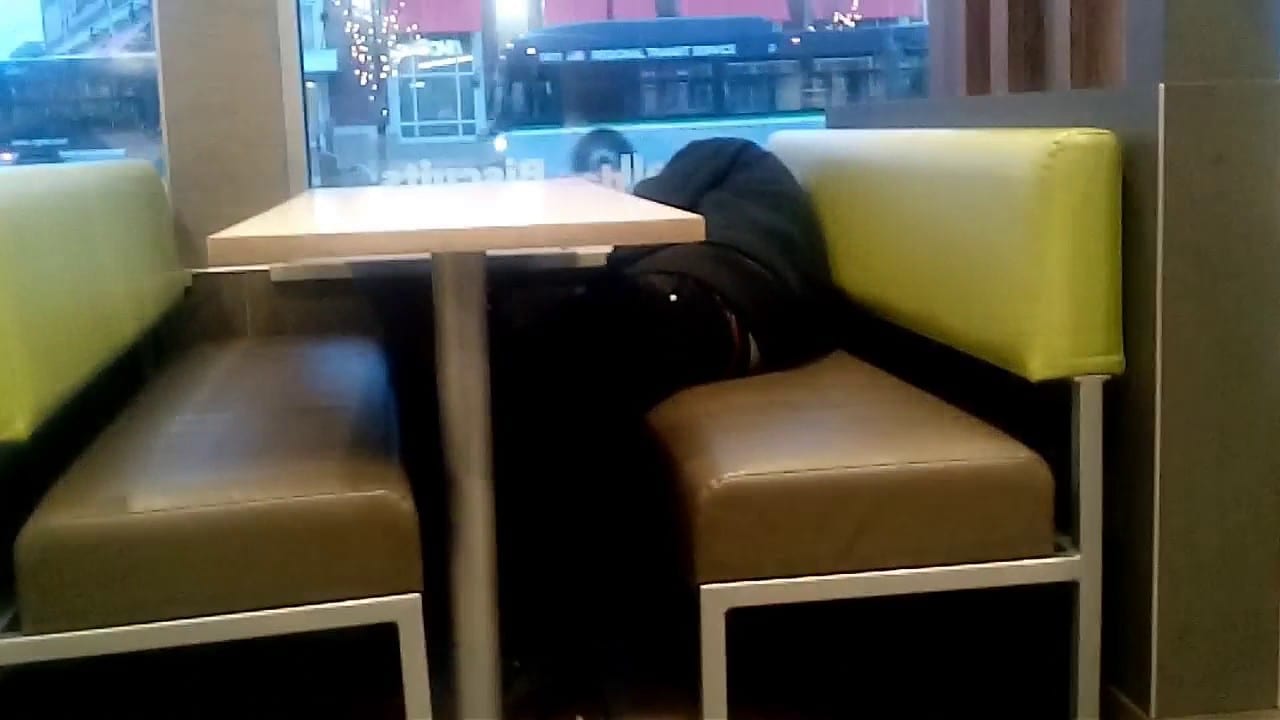 At first, Luann thought that perhaps there was something wrong with the man. Why was he lying down in the booth all alone? Then, she heard a little snore and something snapped inside her.

Taking note of the man’s McDonald’s uniform, she was growing more outraged by the minute. She found the sight of a man sleeping in the McDonalds so offensive that she just had to do something about it. 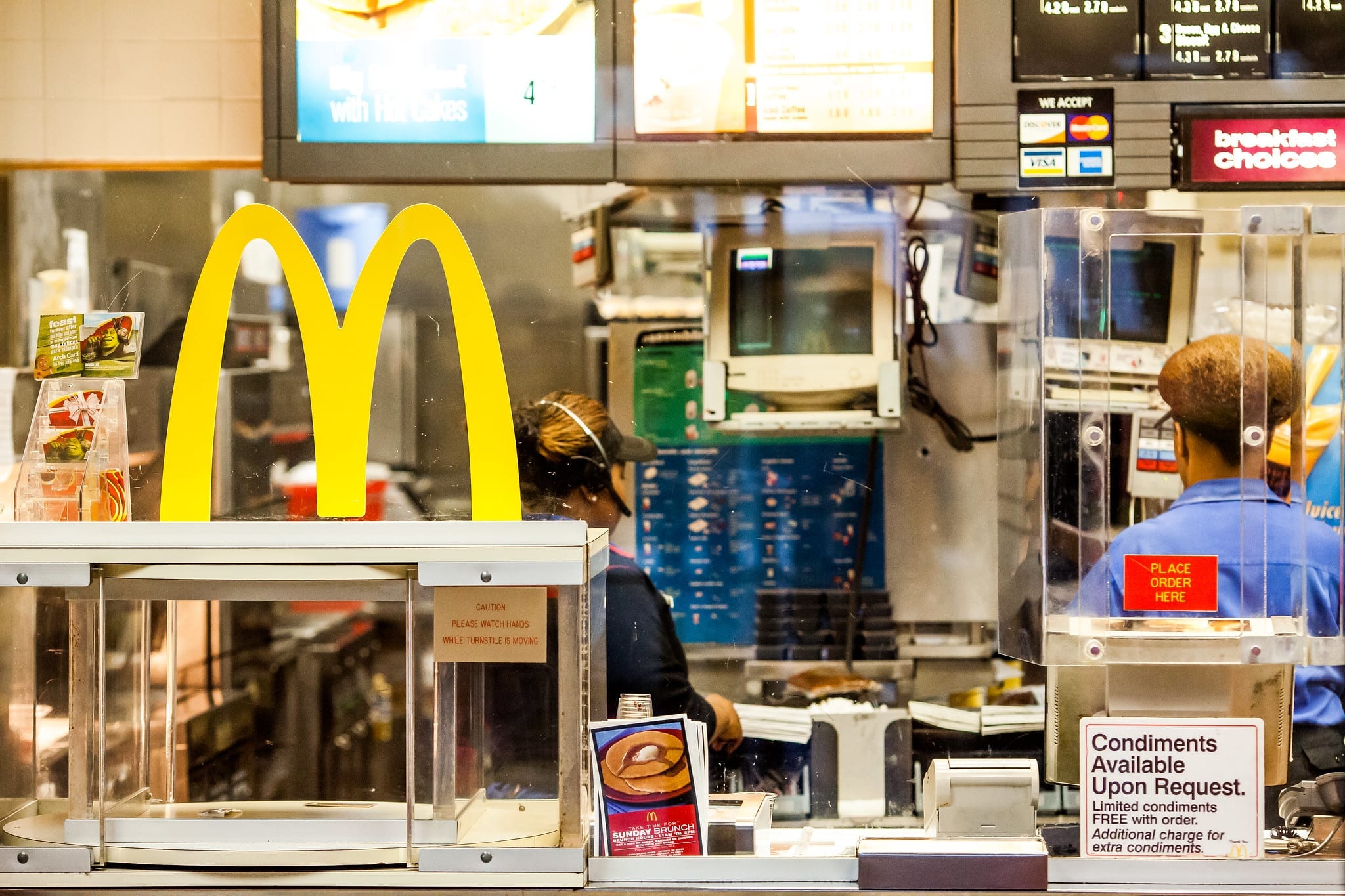 Storming indignantly up to the counter, Luann asked to see the manager immediately. The cashiers saw the look of thunder on her face and knew that this angry customer meant business. 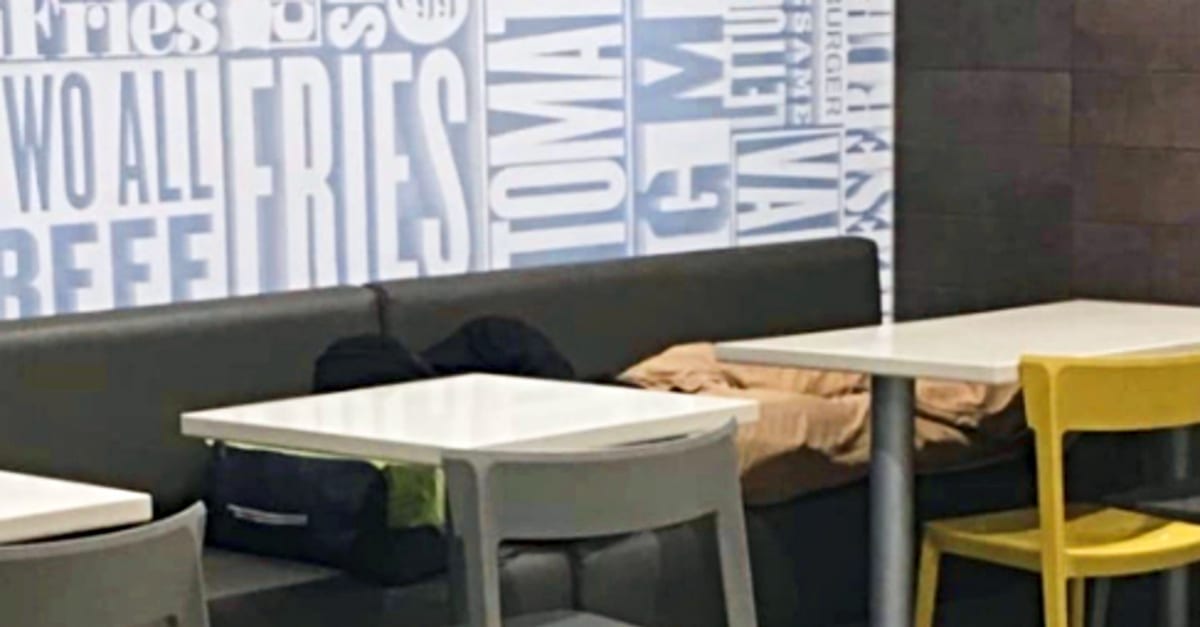 The manager and other staff on duty brushed her off flippantly with a giggle. Naturally, Luann became outraged. Not only were they not taking her complaint seriously, but they had laughed in her face!

Well, she would show them, she thought angrily. She would show everyone. So she grabbed her phone and snapped the picture that almost ruined her life. 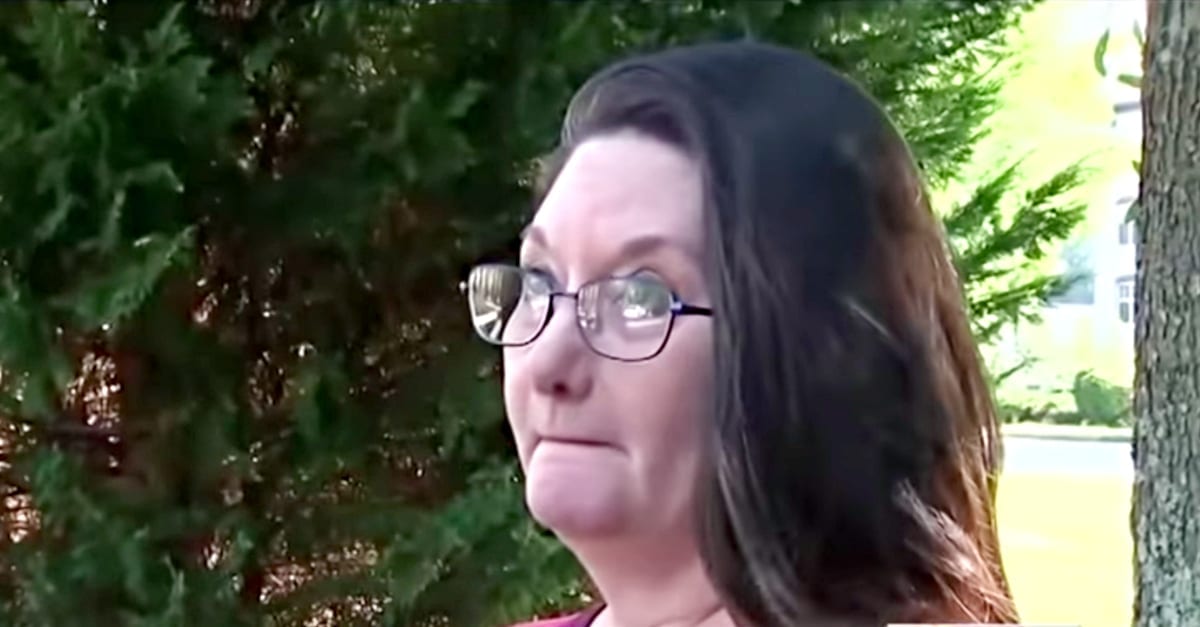 Luann, without a second thought, uploaded the photo of the sleeping man in the booth to a closed Facebook group. She voiced her displeasure like so many others on the social media platform.

Surely she would find some empathy for her terrible ordeal among her like-minded Facebook friends there. But she was so very wrong. 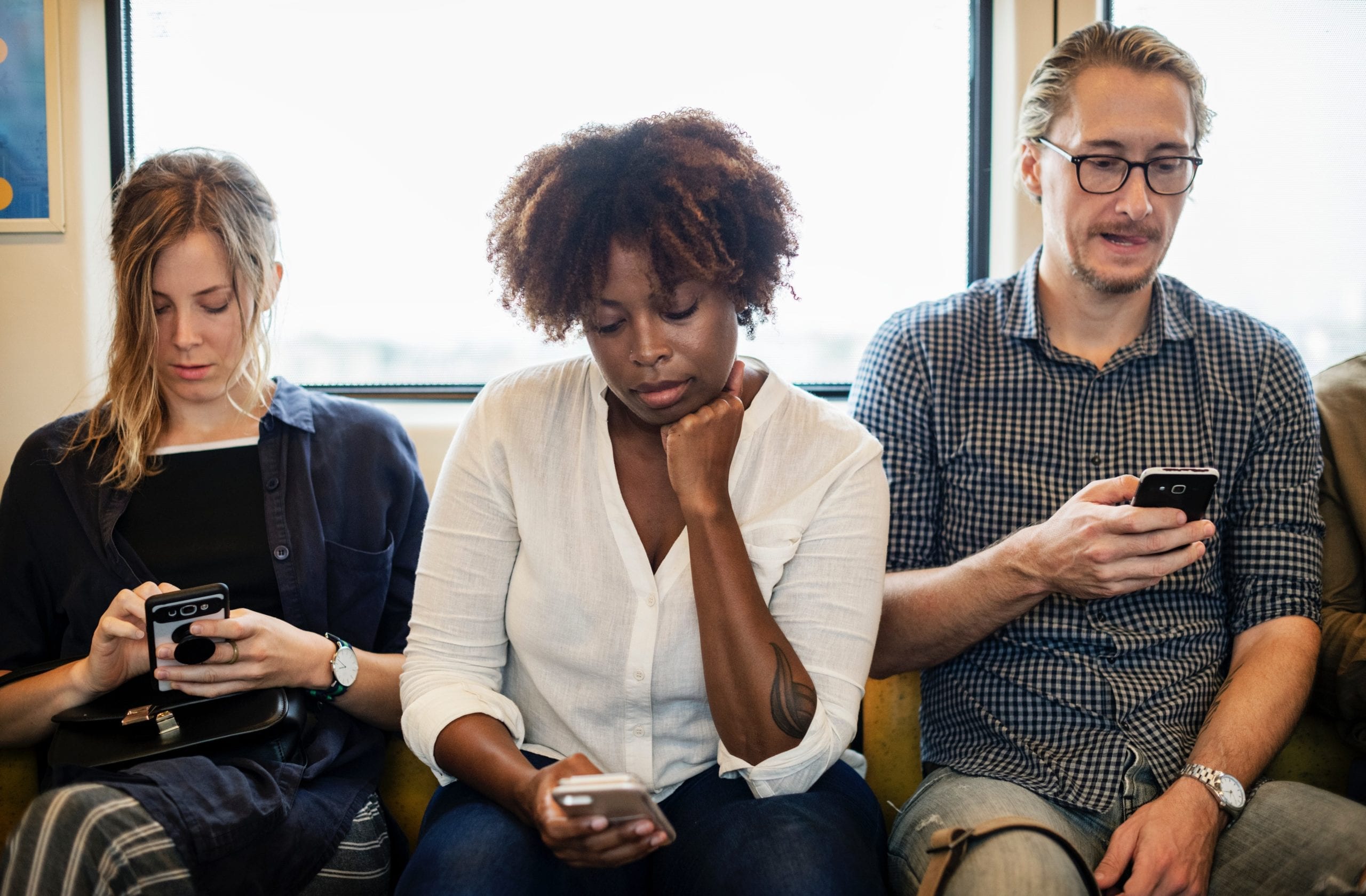 Luann’s post read: “Just another reason for me to leave Fayetteville. I was in the McDonald’s in the middle of town and I saw this guy sleeping in the booth.”

Then, she began to describe how she had dealt with the situation, and how the McDonalds staff had responded. But then, something unexpected happened. 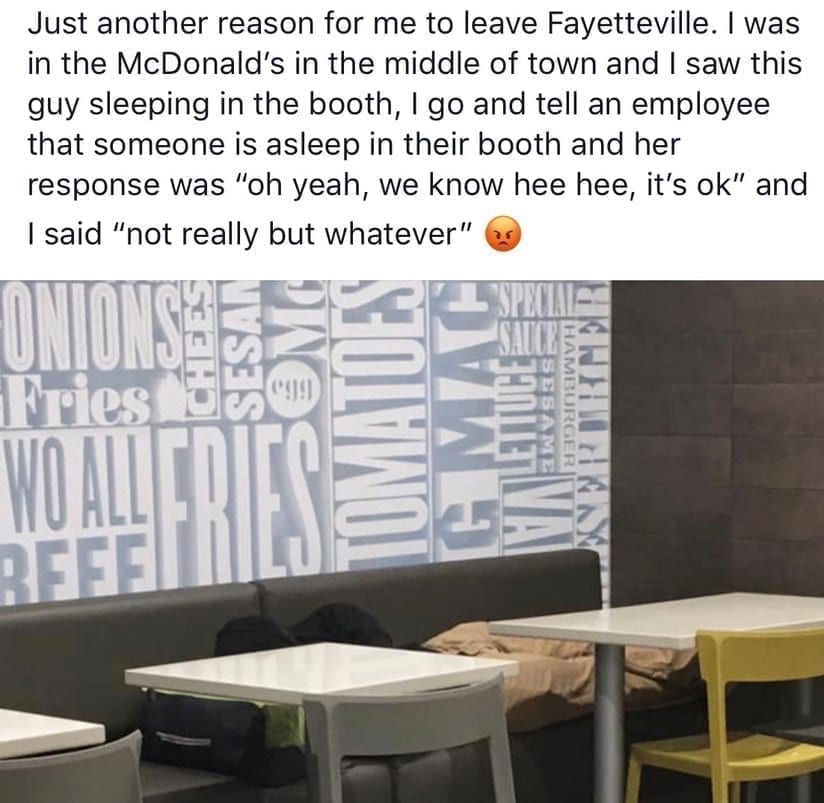 “I [went to] tell an employee that someone is asleep in their booth and her response was, ‘Oh yeah, we know, hee hee. It’s okay.’ And I said, ‘Not really, but whatever,’” Luann continued, ending her complaint with a very angry emoticon.

But what Luann hadn’t known was that there was a lot more to the sleeping man’s situation than met the eye.

Reactions From The Locals 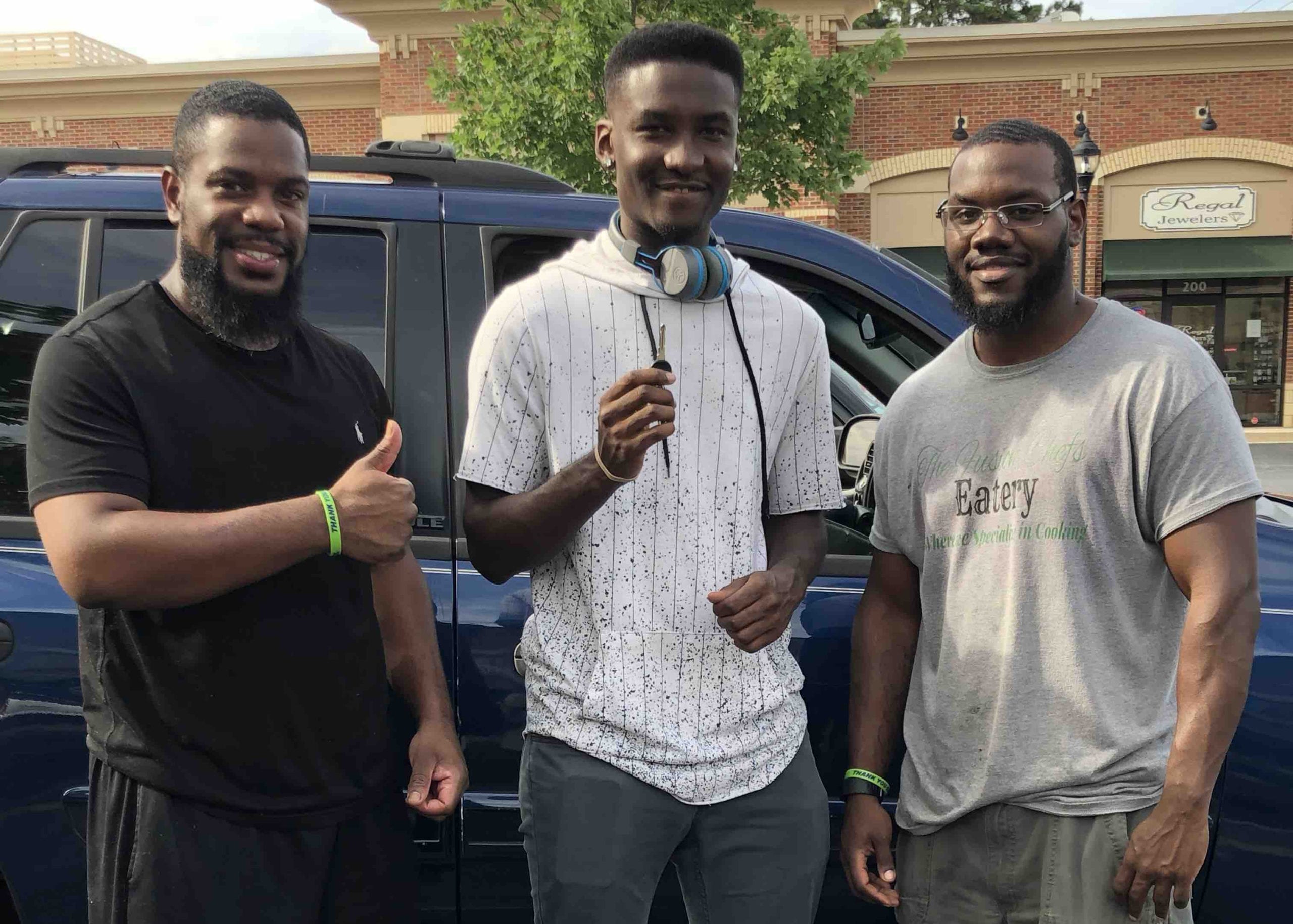 Soon, the post was freely circulating on Facebook and Luann’s poorly thought-out rant had gone viral. To her dismay, it was seen by hundreds of people – and many of them were locals. Then, something totally unexpected happened.

But the picture that Luann had snapped in her moment of anger wasn’t telling the whole story. Locals then decided to take matters into their own hands. 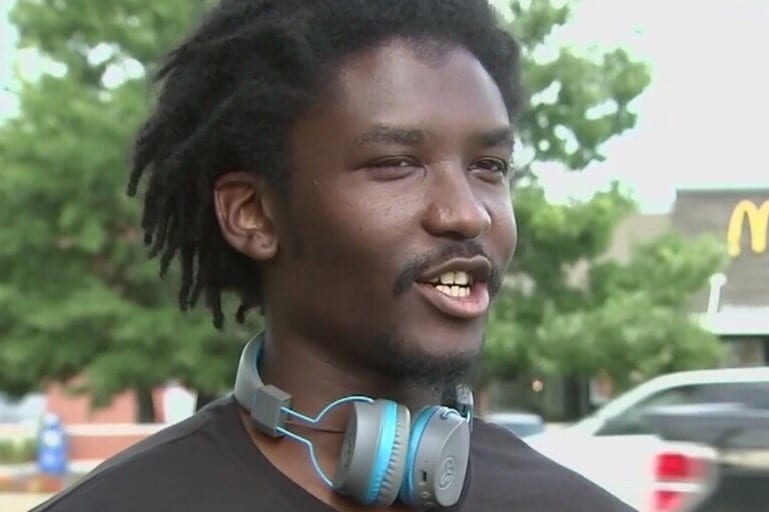 People were commenting on Luann’s post that they recognized the man as 21-year-old Simon Childs. Simon had hit a seemingly unshakable streak of bad luck in recent months.

He was, in fact, employed as a fry cook at the McDonalds – that much of Luann’s assumption was true. But there was a lot more to his situation… 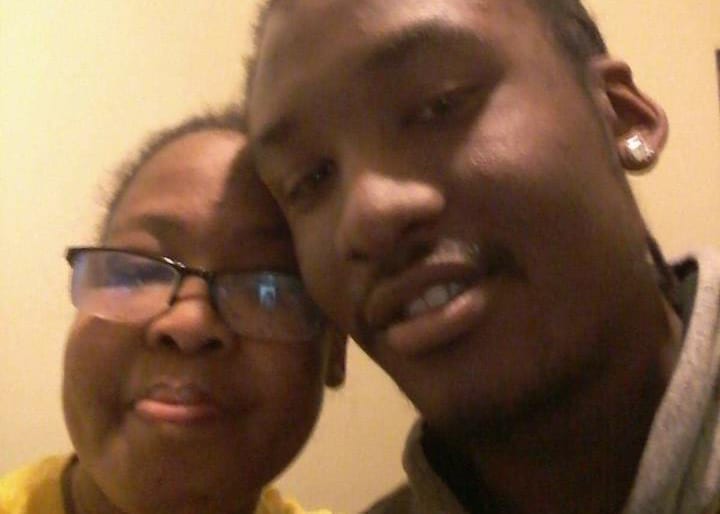 It turned out that Simon was catching some sleep before his next shift started. He had no home to go to. He just couldn’t make his meager paycheck stretch that far. To make matters worse, Simon had recently become a father and the extra financial strain had forced him into a desperate situation.

Luann didn’t stop to think that what she had witnessed was Simon at the lowest point in his life. So when he came across the picture she had posted, he was devastated. 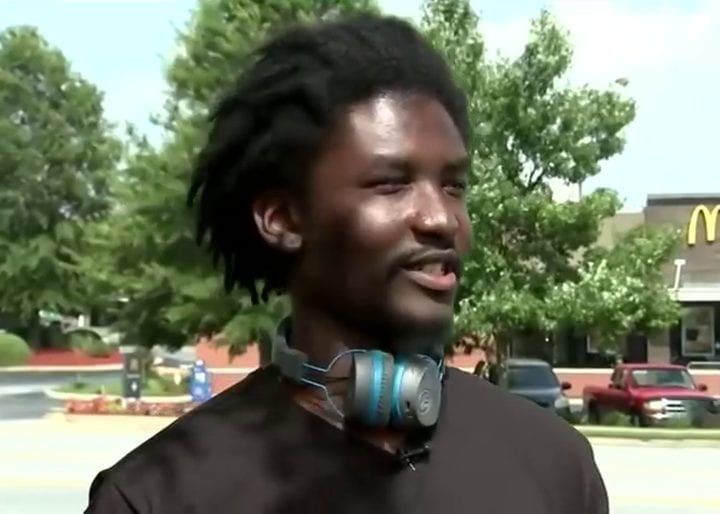 The last thing Simon needed was a stranger shaming him online – it was an added stress to his already stressful day. “It hurt me to see my picture up there,” he said in an interview. But he decided not to dwell on the negativity and get on with his life.

But Luann’s post resulted in an unexpected outcome for everyone involved. 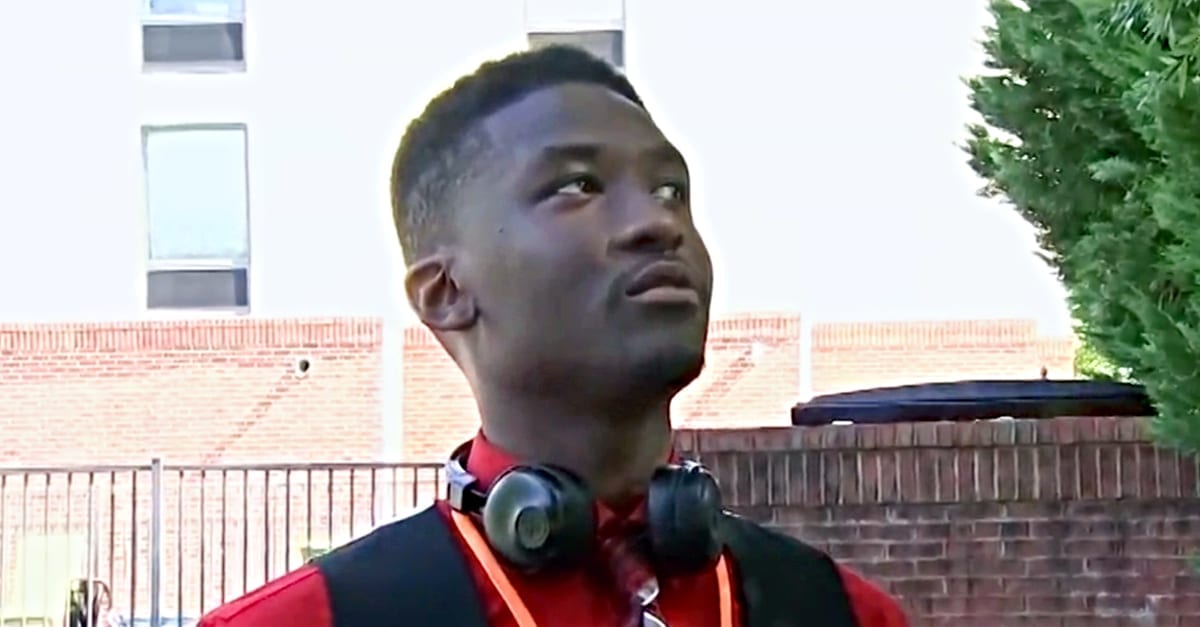 Just days after Luann’s post had made its rounds, Simon arrived at work to a wholly unexpected sight. Piles of diapers, formula, and other baby supplies were stacked on the floor.

The locals who had seen the negative post had rallied together to do something positive for the young father. Simon was overcome with emotion. 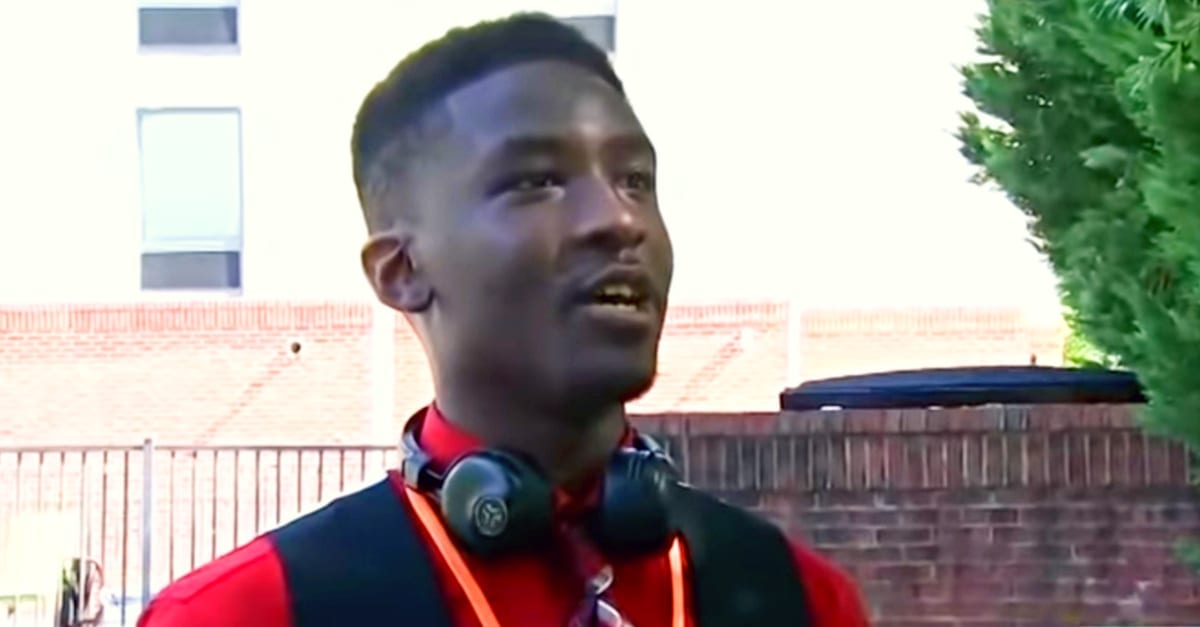 Soon, the kindnesses being paid forward escalated to a point that Simons could never have dreamed of when Theo and Xavier, a couple of local chefs, decided to step in. 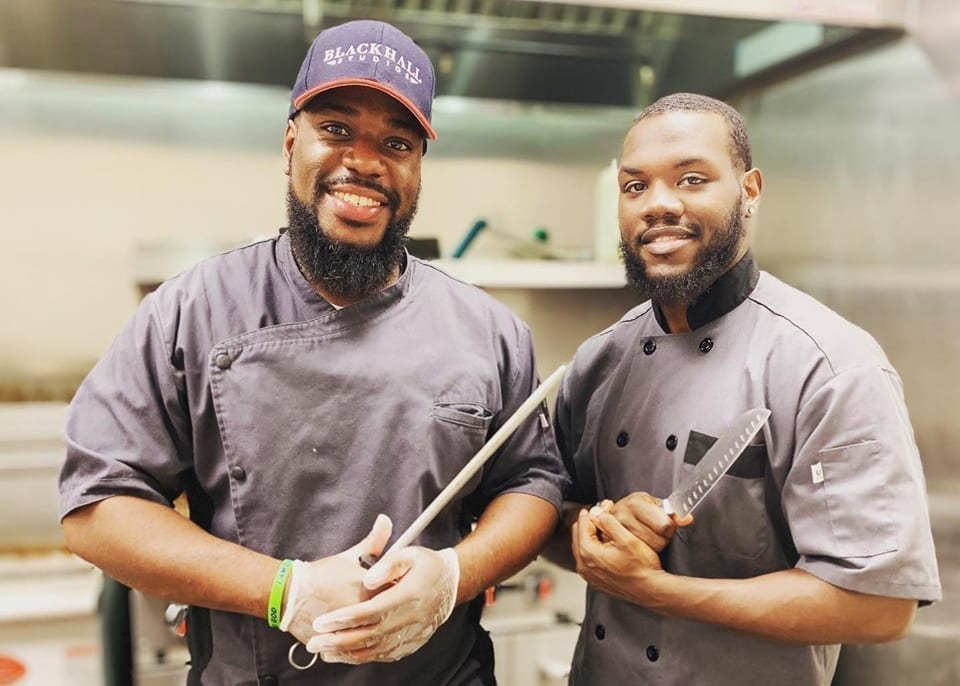 Theo and Xavier Thomas own the local restaurant Fusion Chefs Eatery. When they caught wind of Simon’s plight, they knew they needed to help in any way they could.

So they got in contact with him and told him that he had free access to their car so that he could travel to job interviews. Little did Simon know, his bad luck was about to change. 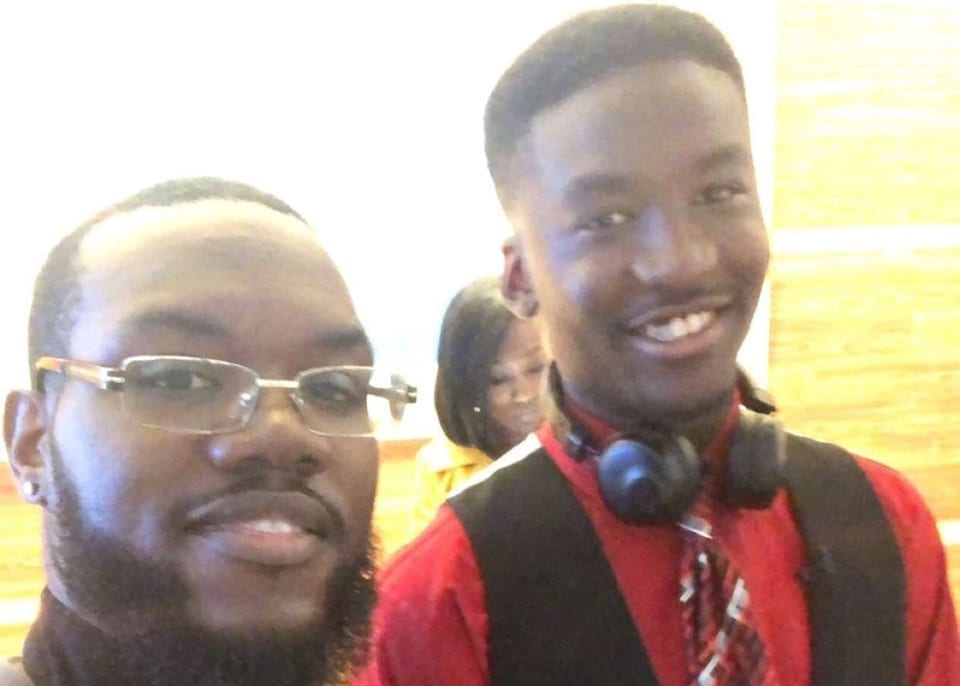 “[Simon’s story] just touched our hearts,” Xavier explained. “[The car] definitely will help him get around and give him a better opportunity.” But Theo and Xavier weren’t the only ones who were determined to help Simon.

A barber soon stepped in and offered Simon a new haircut to improve his chances of finding a better job! But the story doesn’t end here. 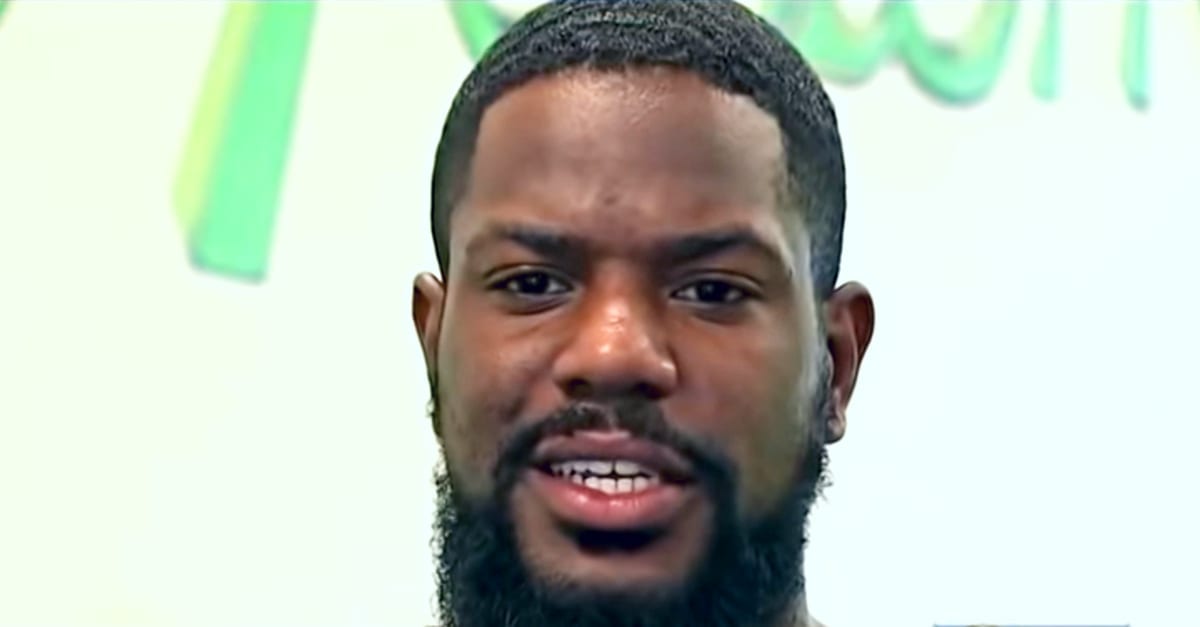 More locals donated toward hotel stays so that Simon and his child would have a safe place to sleep at night. Then, someone went a step further and set up a GoFundMe account for Simon.

It wasn’t long before the donations began to pour in in earnest. But Simon remains adamant that he will not take advantage of the opportunities he’s been given. 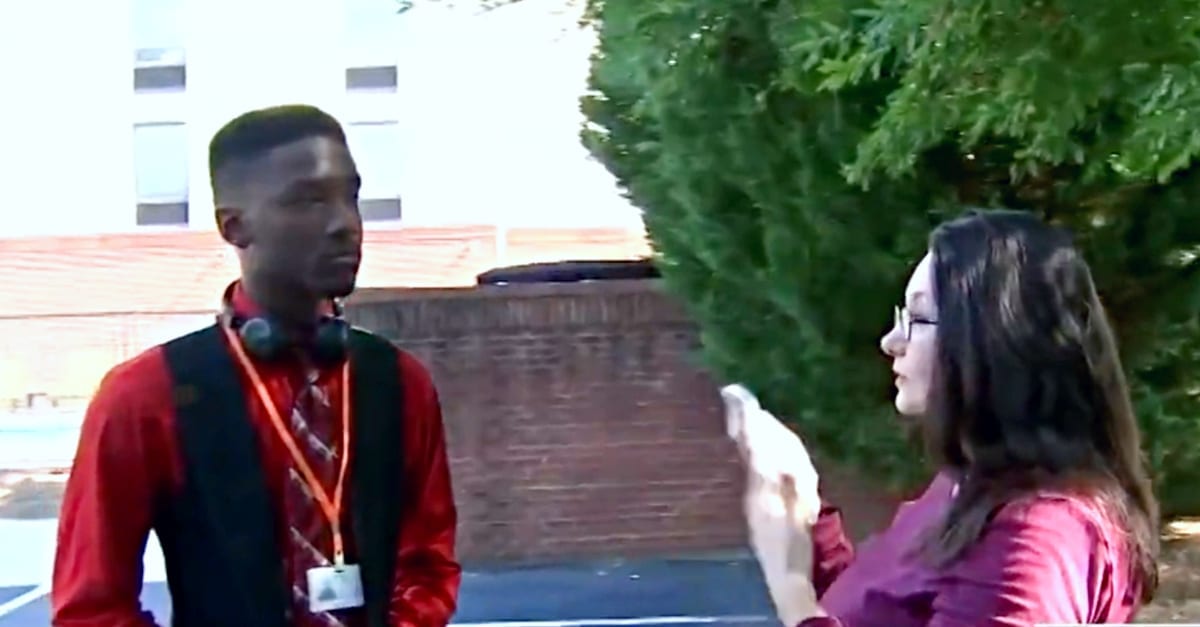 “Everything I do I want to work for it,” he said, humbly. “I actually want to use everything I’m getting from this and help other homeless people.”

But what about Luann, the woman whose negative post had started the whole chain of positive events in Simon’s life? And how does Simon feel about her now? 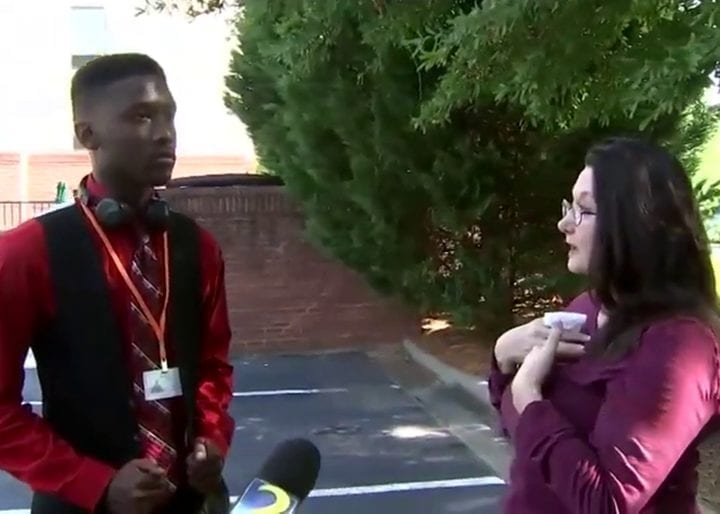 Luann, naturally, received a lot of backlash for her Facebook post. But she has since learned not to take everything she sees at face value. Thankfully, the outcome of her post has resulted in Simon’s life changing forever, even if that wasn’t her initial intention.

She even met Simon in person to apologize!

All Over Social Media 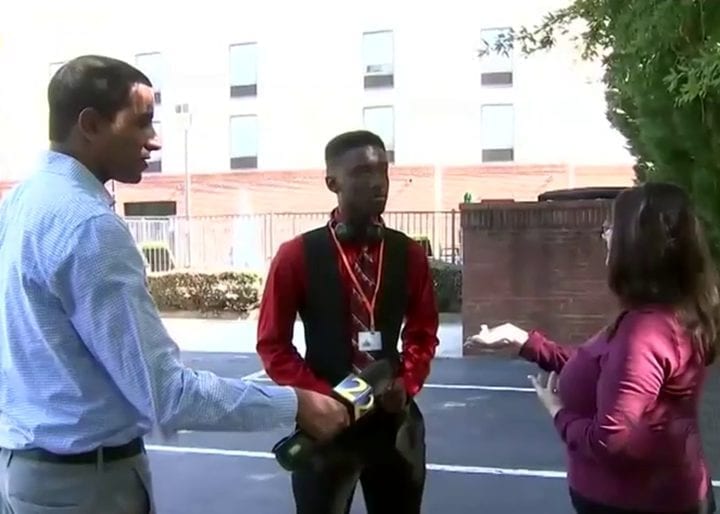 But, as Luann knows now, once something is on the internet, it’s there forever. And just one post can have consequences, intended or not. In fact, Luann received so much backlash for her photo of Simon sleeping in the McDonalds that she had to delete her Facebook account!

She hadn’t understood what Simon was going through. 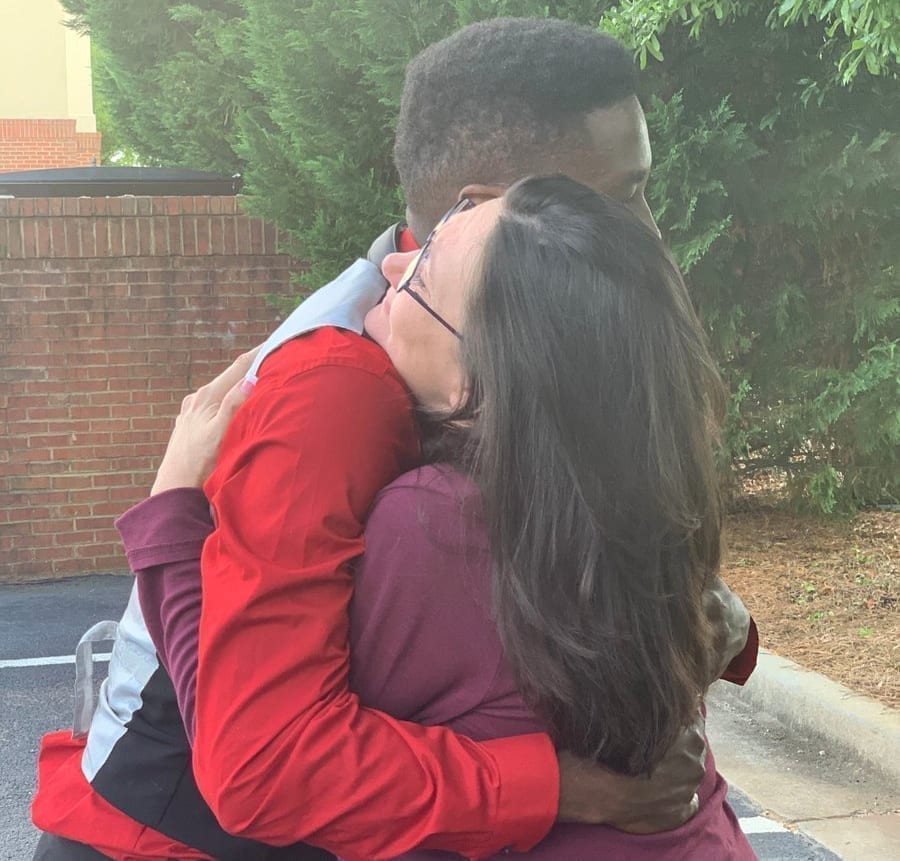 When Luann found out about Simon’s situation, she felt terrible. “I didn’t want to hurt [Simon],” she said in an interview. She drove out to that very McDonalds where it had all started and met Simon outside.

When she saw him, she rushed to give him a big hug. “I’m sorry. Because, you know, that horrified me. That breaks my heart for you,” she told him. But will Simon forgive her? 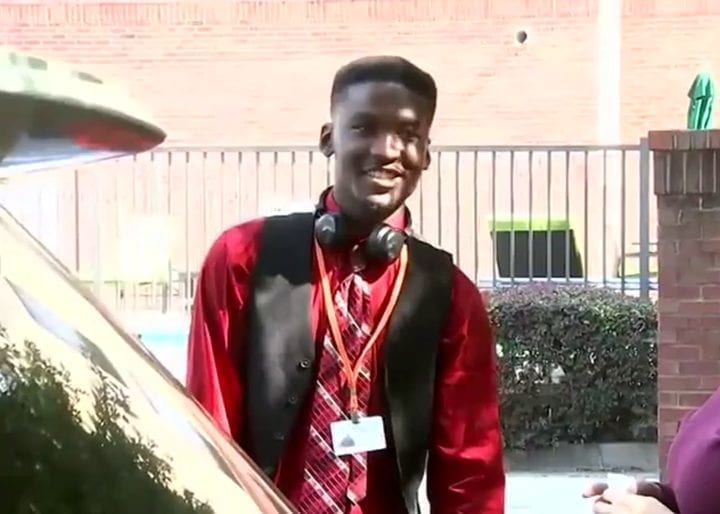 Then, he turned to Luann and said: “I do want to thank you. Not for the post per se, but for helping me pick my life up off the ground.” But has Luann learned her lesson? 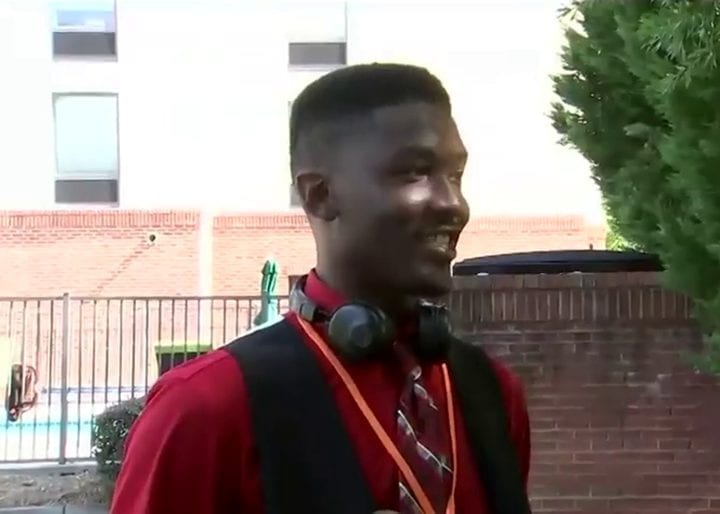 When asked if she would act the same way again if she ever found herself in a similar situation, she replied: “Absolutely not. And I would handle it differently. Maybe talk to somebody and see what the situation is.”

As for Simon’s GoFundMe campaign, it has raised a whopping $10,000 and is still going strong.