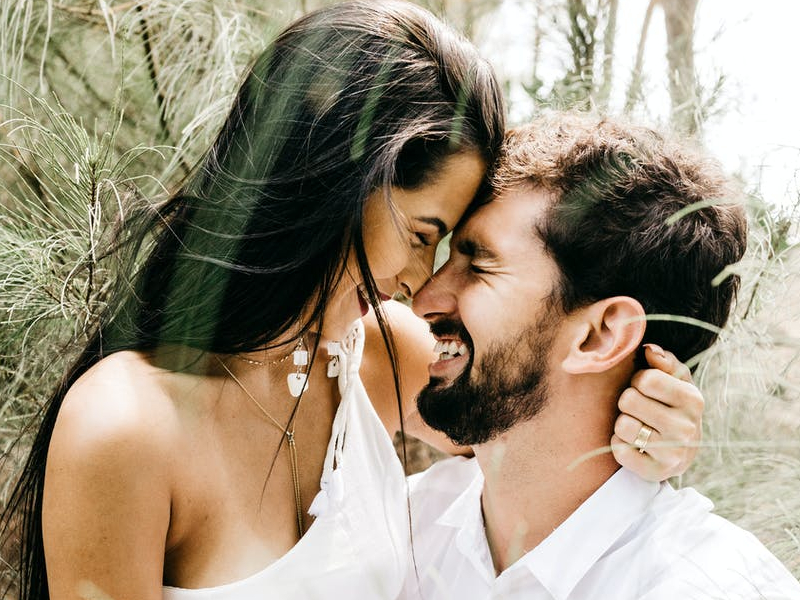 Her hands were shaking and her stomach was twisting as she watched the flight information update the new arrivals.

She knew that he was here. They hadn’t spoken in a very long time, she knew that he was angry, but she was too. She was wondering if he would give her the chance to speak so that she could explain what he had seen on the photo. She had to redeem herself.

Emily remembered the first time she saw Brandon. It was as clear as if it happened yesterday.

The were both standing in line for coffee. And while normally, she would be preoccupied with deciding which kind of beverage she wanted that day, she had been entirely distracted by the gorgeous man in front of her.

It was only a few glances at each other, but it was enough to turn her ears red.

She found out the feeling was mutual when she went up to get her drink but found it had already been paid for. Her heart skipped a beat. It only thumped faster when he invited her to sit and chat. From there, it was a whirlwind romance – there was just one hitch.

Brandon served in the Marines. And while the uniform made him look all the more handsome, it came with a hard piece of news.

It would be only six months until he had to ship off again. The weeks they had spent together were magical – so much that she suddenly found herself staring at an engagement ring as Brandon proposed near a beautiful river.

Emily was now a military wife. Part of her was so proud of her husband. But the other half felt like it was going to splinter into a million pieces as each day passed and his deployment grew close.

She could have never imagined that his job would be the driving force behind a stockpile of built-up resentment. She had no idea what was coming.

His deployment was coming close and she dreaded it. She worried about their relationship and whether the distance would take its toll on them. By the look in his eyes, she knew he felt the same way.

So, they hatched a simple plan – one that was meant to keep them connected but would end up tearing them apart.

The plan was simple – each day they would send a new photo to each other.

They would talk when Brandon was able, but that was few and far between. The sentiment of messages and photos would have to see them through. But as the weeks turned into months, she became more and more lonely. Something was going to give.

For Emily, the photos just weren’t enough. She was struggling with their relationship more than Brandon knew. She didn’t tell anyone that she was having a hard time. She could barely admit it to herself. Still, she couldn’t deny how lonely she really felt.

It was in the middle of that loneliness that she met someone – a person that gave her the spark she desperately wanted.

It started off as a simple coffee meet-up. They chatted about her life for a while. She talked about what she wanted, and what was missing. Her eyes glistened with the excitement of having someone in front of her who gave her his full attention.

It only reinforced her feelings about how much things had changed between her and Brandon. The situation soon spiraled out of control.

Her mind raced with possibilities. She hadn’t felt this hopeful or invigorated in a very long while. As they finished their drinks and got up to leave, she gave him a big hug. She sighed in relief as her whole demeanor began to relax for the first time in a while.

There was no doubt they were going to meet again. There was just one problem – Brandon.

Every part of her hated keeping secrets from him.

Every time she got on her phone, part of her wanted to spill the truth and tell him everything – but there was no point. He was so far away. Little did she know, she was just one mistaken photo away from having her marriage completely implode.

Emily sat on the sofa, stretched out her arm, and snapped yet another picture for Brandon. She took these photos flippantly now. Like a routine habit that no longer gave her any joy.

She thought she was putting up a great front until her phone vibrated with a reply. He messaged back, furious. His words were scathing. They stabbed her right in the chest like a searing-hot blade. What did she send him?

Her heart pounded as she read his text. The word “divorce” made her lungs stop. Immediately, she went back into her camera roll and looked at the picture she had just sent him.

What had made him so furious? She studied the photo and discovered the one small detail she had overlooked.

And Brandon had quickly noticed the inconsistency. His mind immediately jumped to one conclusion. She burst into tears and tried to tell him that nothing was wrong, and that she didn’t do anything but Brandon didn’t want to hear it.

It was months of agony. She tried again and again to get him on the phone and explain. It only got worse when she opened the day’s mail and found divorce papers.

Her tears turned hot and angry. Brandon had made the biggest mistake of his life – and she was going to show the world.

Through her web of social media contacts and a few, begging phone calls, she managed to get his flight details where he would be landing.

So, on the dreaded day, she waited for him to walk through the gate – while standing beside the man she had the coffee with and the divorce papers.

Brandon finally walked through the gate – his appearance far more ragged and sullen than when he had left. His eyes turned wide when he saw her. Emily gathered her strength and rushed up to him.

It was time to tell him the truth. “I didn’t cheat on you,” she said. “This is Morton,” she added, pointing to the old man behind her. “He’s a jeweler.”

New Rings For A New Proposal

Brandon opened his mouth, but Emily put up her hand to silence him. She was so furious. “I wasn’t wearing my wedding ring because I was having a new set made for us. Morton was making it. That’s why I wasn’t wearing it.”

You see, Emily and Brandon’s whirlwind romance meant they had to settle for simple rings. But she wanted to suggest renewing their vows once he got home and have a small but proper wedding. She had wanted to be the one to propose to him. But now she had another proposal.

Unsure What To Do Now

She shoved the divorce papers in Brandon’s shaking hands and then placed the ring set on top of them.

Without a word, she turned around and escorted Morton to a cab. Moments later, she heard Brandon calling her name. The last few months of being iced out were still heavy in her heart. She had no idea if she would turn around and face him.

She kept walking out of the airport, towards her car. Tears streamed down her cheeks as she tried to gain control over her emotions. Seeing him again was heart-breaking. The loving way he used to look at her was replaced by a cold face who looked disgusted at the sight of her.

Her heart tore into a million pieces as she felt a tug on her sleeve.

She whipped her hand around to see Brandon holding her arm. His backpack was falling off his shoulder. His suitcase, nowhere to be seen. He was out of breath, panting from chasing after her.

He held the divorce papers and rings in one hand. “Emily”, he said. He looked at her with glossy eyes, tearing as they pierced into hers.

He searched her eyes, wiped her tears, and kissed her before he begged for forgiveness and wrapped her in a bear hug.

Emily’s shoulders sagged as she leaned into him. Suddenly, she was overcome with anger. Like a kid who was scorned, her injured ego wanted to take revenge. How could he have treated her so coldly so fast?

Emily pulled back. How could she trust him again? She had never been treated so coldly before – especially by someone she really loved.

He begged her to see things from his point of view. He knew the distance between them was hard. He also knew that their communication had gone stale and that she was feeling lonely. He didn’t know if she was even still interested in him. Now she had a choice to make.

Emily decided to give their relationship another chance but getting the renewal of their vows was canceled. She couldn’t bring herself to go through with it after everything that happened.

However, as the weeks passed, Emily’s anger failed to dissolve. She couldn’t help but feel scorned and betrayed. She decided to do something drastic.

Emily decided to tell him everything about how she was feeling. She hoped that telling him how hurt she still felt would allow him the chance to make it up to her and put more of an effort in to regain her trust.

But her friends had different opinions on the matter. Some thought taking him back was more than he deserved. If someone can cut you off so coldly, what does that say about their character? Some thought the opposite.