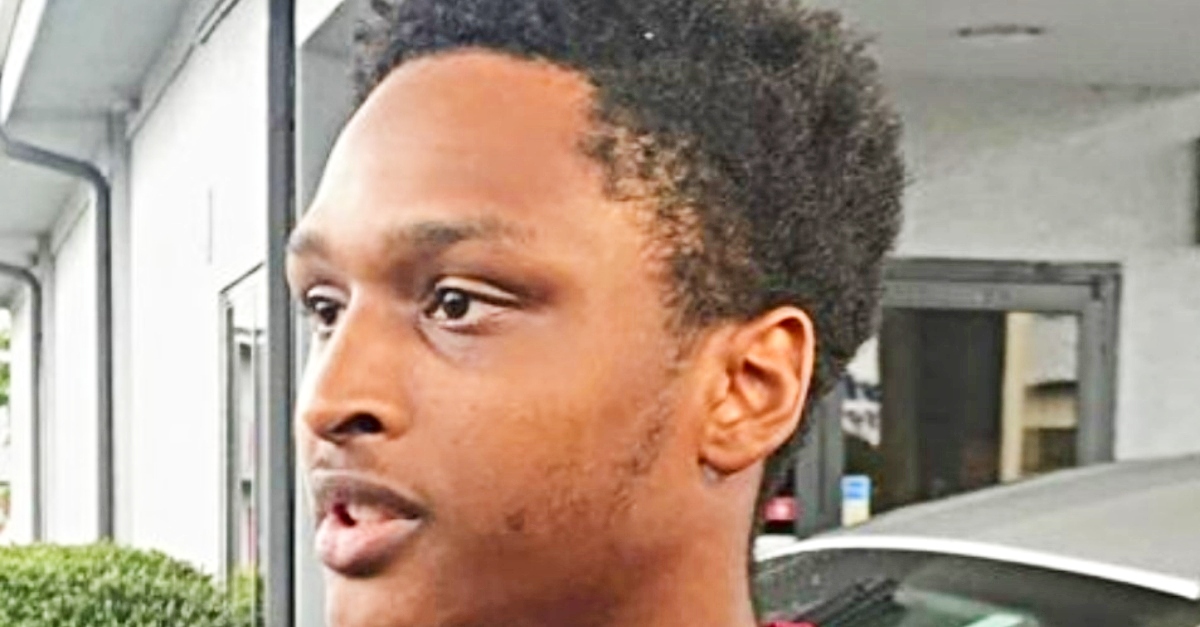 He Was In Shock

It was way more than what Walter could handle. All he was trying to do was get to work for his first day. How and why did it all turn into that mess?

He felt an enormous level of pressure and frustration. He couldn’t help himself: he started tearing up. His eyes were now dripping like a faucet; he was just so overwhelmed by what had happened.

He Was Just A Kid

Walter Carr was born and raised in Birmingham, Alabama. He had just graduated from high school; despite his young age, he was no stranger to the hardships of life. He was raised in a poor household; growing up, he didn’t have as many opportunities as other kids.

However, he always dreamed of leading a more comfortable life, and he was willing to do whatever it took to make it happen. However, things weren’t looking easy for him, as he never had the chance to go to college.

It Was Tough Out There

There was nothing in the world that Walter wanted more than a chance to prove his abilities and willingness to work. But every job available in his area asked for a college degree or previous experience.

And unfortunately for him, Walter had none. He was getting disheartened already. But suddenly, he received a phone call that would change his life forever.

There Was Finally Hope

A friend of Walter had heard about a furniture removal company that had recently opened in the neighborhood. Walter reached out to the owner, and he gave him his first job. He was supposed to start next Monday.

Walter was ecstatic when he heard the news, and he couldn’t wait for Monday to come. Finally, he would have the chance to earn a decent living for himself. Or that’s what he thought. Destiny had other things in the books for him.

On Sunday, Walter’s manager called him: the next day, he was supposed to help a woman to move some furniture out of her house. The manager told him to be at the house at 8 AM. But there was a problem: Walter’s car was working funny.

As a matter of fact, fixing it was one of the first things he wanted to do with his first paycheck. But in the meantime, there was no way he could drive over there. The house was 20 miles away. And to make things worse, there were no buses going that route.

He checked a map. He did some math and calculated that he could get to the house in the morning if he spent the night walking. So that same evening, he got on his way.

Walking through that old dusty road in the middle of the night was a scary experience to Walter. He crossed paths with a bunch of stray animals, and he heard eerie sounds coming from the woods nearby.

And on top of that, at one point he suddenly heard one car creeping down the highway; it slowed down as it got closer to Walter. It was almost like it was following him.

Walter tried to keep his composture and kept walking, but the car was getting closer and closer. For a minute, he thought about running away from it; but he didn’t. He just kept on walking.

But suddenly, he heard a sound that made his stomach drop. A police siren beeped behind him and blue lights flashed all along the highway. It was a police car.

Two officers got out of the car and asked him what he was doing walking down the road in the middle of the night. Walter told them his story, but he could tell they were having a hard time believing it. They probaby thought Walter was kidding them or coming up with a story to cover up of something.

Walter gave them the name of his boss, and assured them that they could ask him if they didn’t believe what Walter said. The officers told him to get into their car.

Now He Was Panicking

Walter was scared. Those two officers couldn’t force him to get into the car or detain him; he hadn’t done anything. But he didn’t dare to express any disagreement. They were in the middle of the road at night, and he was at the mercy of those officers.

So he got in the car. The officers were driving somewhere, but they weren’t saying anything. Walter asked where were they going. “To the station,” one of them replied.

They finally arrived at the station, and Walter was introduced to the captain. He was asked once again about what he was doing in the middle of the road at night. And once again, he told his story.

They kept him in the station for hours, and the sun was starting to rise. Meanwhile, the only thing on Walter’s mind was whether he would manage to get to work in time. But that was when the captain explained him why he was there.

After hearing what Walter had tried to do to get to his job, the captain and his colleagues decided to help Walter. They were so impressed with the young man’s work ethic they offered to let him hang out till morning.

They then promised to give him a ride to the destination the next day so he wouldn’t have to walk the rest of the way and could get there well-rested. Walter was so happy, he could barely hold back his emotions.

The following day, the kind officers kept their promise and gave Walter a lift to his job in a squad car. They had even gone the extra mile and bought him breakfast.

As he reached the house and met the owner, Jenny Lamey, was overcome after hearing his story. After his colleagues arrived and they completed the job, Jenny was so taken with Walter’s dedication that she felt compelled to help him.

The Kindness Of Strangers

Jenny Lamey could not stand by knowing a wonderfully hard-working and dedicated young man like Walter had to struggle so much, just to get to work. Taking his story public, she started a “go fund me.”

Lamey’s friend, a business owner, named Luke Marklin, offered Walter a new job closer to his home. If that wasn’t enough, Walter was asked to a meeting where Marklin and Jenny surprised him with a new car to call his own.

Walter was moved to tears by all the generosity and support. He felt he didn’t deserve so much, but people who heard his story all agreed he embodied grit, hard work, and dedication, and deserved it all.