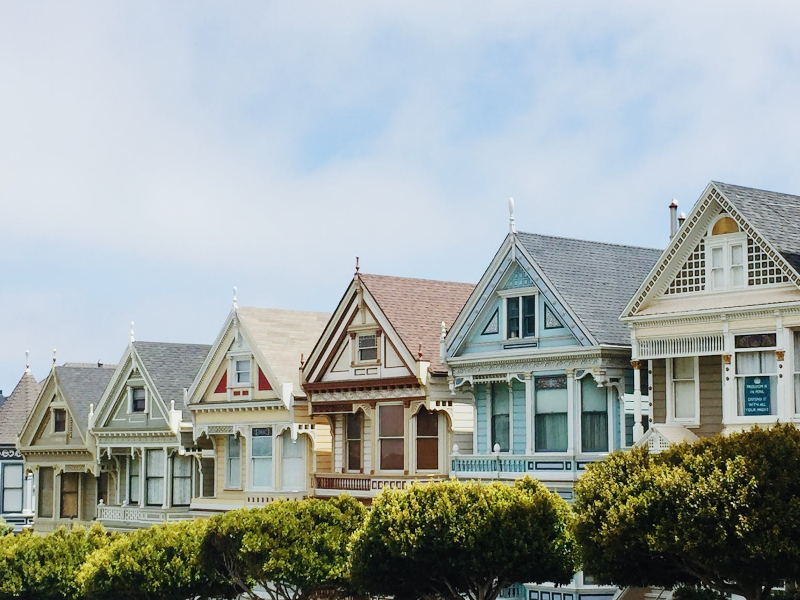 They had closed their eyes and tossed and turned in their beds all night. Hours passed, but the noise never seemed to stop for even a second.

They had a civil conversation in which they made it clear that they had no intention of dealing with the problem. He knew that it was up to him to take things into his own hands. It was the only way. His neighbors would soon regret their decision.

He had a wonderful wife and a pair of twins who had just slid into their loud “no!” phase. They owned a simple three-bedroom house and drove a used car with not an insane number of miles piled up. There was however, one thing he considered himself exceptional at.

He fancied himself a pretty creative guy.

He loved to build cardboard forts with his kids, find unique solutions to family problems, and brought a burst of imagination to his job in web design. Dave’s skills, however, were about to be tested by the neighbors and their dog.

A little barking was okay – it was in their nature after all.

But on the first night they moved into their house and let their heads hit their pillows, the symphony of yaps, yips, and howls started. From there, it was a domino effect. The kids would wake up. He and his wife would have to get up … and then no one slept.

No Idea When They Bought It

They had only viewed the house during the day, so Dave and his family had no idea about the loud monster next door.

Things got so bad that he even timed it one evening. And, no joke, it barked constantly from 7pm to 5am! It wasn’t until he saw a man walk in during the wee hours of the morning, that he realized the couple worked nights and slept during the day.

Weeks passed and his family started to suffer deeply.

There was no choice, he had to act. Dave had planned to keep the conversation civil – and it started that way. But it quickly devolved into some pretty thick vitriol and ended with a “Dogs bark, what do you expect?” and then a door slammed in his face.

That was it. He considered himself a level-headed guy, but things were getting out of hand. He knew things wouldn’t change unless he acted – unless he broke out those special skills he was quite proud of.

The idea came in a flash, and he rushed home to get the needed equipment. It wouldn’t take much, but the result would be something to savor.

He first took his secondary phone and, while the neighbors were away, set it up on one of their windows so it covered the area the dog roamed in.

Next, he took his primary phone and put it in the perfect spot – all the while, his wife looked at him like he had grown two heads. “Just wait,” he said. “You’re gonna love this.”

As the sun went down and the unending barking echoed around the dimly lit street, all he had to do was press two buttons… and wait.

Finally, when 9am rolled around, and he was sure the neighbors were fast asleep, he pulled out his stereo, faced it at their window, hit play, and cranked the volume.

It was a simple plan, but still so creative.

Dave had recorded the dog barking … all … night. He then hooked his phone up to the stereo and let the new stretch of yaps and howls continue. It didn’t take long until they heard a loud bang on the door.

Dave grabbed his morning coffee with a huge grin and slowly sauntered to the front door.

On the other side, a red-faced man with a scruffy mustache and angry eyes pointed his finger right in Dave’s face. “We’re trying to sleep. Shut your dog up!” Dave stifled a chuckle and pulled out the other phone – the one that had taken the video.

He pressed play and said, “It’s not my dog. It’s yours. I recorded him, since you miss out on what dogs do.”

The mustached man stood on the porch with a gawking stare. For good measure, Dave added, “I’m just playing the radio at normal allowable city time and I will do this everyday.” The neighbor stomped off in a rage. But would it work?

But Would It Work?

As Dave strutted back into the kitchen, his wife sat at the table shaking her head and finally let out the laughter she had been holding back. “I can’t believe you did that,” she said. “But, wow, it was amazing.”

The hours passed and night finally settled in. The neighbor’s car pulled out of the driveway. Now was the moment of truth.

It was utterly blissful.

All they could hear was the chirping of crickets and the occasional car driving by. There wasn’t even a tiny growl. The twins slept soundly for the first time in weeks and his wife didn’t look like she was going to pick up a baseball bat and handle things her own way. There was just one more thing to do.

It was just too good of a story with a perfect outcome. He just had to share it.

He knew there were people out there who would find this useful for their own doggie problems and wanted a good, non-confrontational solution. But he had no idea that his Reddit post would go so insanely viral.

Dave posted his revenge story on a subReddit called “Petty Revenge” and awoke to hundreds of comments and upvotes. Clearly, people having trouble with inconsiderate neighbors were a lot more common than he’d realized.

People congratulated Dave on his clever tactic and started sharing their own stories about their terrible neighbors. And the comments just kept coming.

Neighbors can be nightmares. After all, they’re just people and people can be inconsiderate. There are hundreds of articles and stories online about neighbors from hell.

There are many things you could do to annoy your neighbors or to upset the people who live in your neighborhood. Whether it is being rowdy late at night or being nosy and sticking your nose in where it doesn’t belong, most bad neighbors are simply rude and inconsiderate.

What makes everything even worse is that if no one takes a proper stand, these inconsiderate people will simply carry on doing what they do, even if people have spoken to them. However, it’s not always easy taking a stand, but sometimes it needs to be done.

The majority of the stories on Reddit subs like “Petty Revenge,” “Pro Revenge,” and “Nuclear Revenge” detail all the creative ways people have gotten back at their rude neighbors.

“I love this story. Good on you!! I swear I am surrounded by idiots with dogs,” one user wrote.

“One lets their dog stand right across the road from my bedroom window and bark constantly while their house is maybe 300 yards back from the road and where the dog actually stands so they can’t hear it. It’s maddening
I wish I could think up a petty revenge for them.”

“Good for you on that!! I’m glad they took your side!” another user praised, “I can’t stand folks that are so rude and do not care about others’ peace.”

“I live in apartments now, and two neighbors blare their bass up full blast vibrating thru the apt. I’ve asked them to turn it down, and they respond with “It’s within the reasonable hours.” Which is unfortunately true,” the user continued. ““I do everything I can to make sure I’m not a nuisance to my downstairs neighbors. I just wish others understood that others have a right to peace as well.”

One Reddit user shared his own personal horror story about his experiences with his terrible neighbors. He explained that he’d recently moved into a large apartment building, only to discover that he’d made a huge mistake. His tirade sums up what most people feel perfectly.

“I can’t do it again. It’s either going to be a smaller, couple unit building or a small house or something,” he wrote.

He explained: “It’s not that I don’t like people or am a hermit or curmudgeon, or not used to it (grew up in NYC), but I just can’t take people’s total disregard and inconsideration for everyone else any more.”

“People let their dogs bark non stop. I swear my neighbor’s dog started barking the second leaving my apartment even crosses my mind.”

“They don’t pick up after them, whether it’s in the dog park or in the damn stairwell. Couple of weeks ago, a dog was clearly sick and had an accident in the stairwell,” the Redditer continued.

“The smell got so bad, you couldn’t even open the stairwell door and the person never cleaned it up – pretty sure maintenance finally did, I have dogs of my own, I can sympathize, but I also make sure they aren’t a nuisance to anyone but myself.”

“People park their massive pickup trucks spilling in the spot next to it. Or they don’t pull up all the way so you have to do a 10-point turn into the spot (try parking between you giant trucks or a truck and a concrete pole).”

“Apparently they steal. Haven’t had it happen personally, but someone had a tiny Christmas tree outside their door for the holidays and the next day it was gone. Gah, rant over, I needed that.” The worst part? These are common problems.

A quarter of the participants also said that their neighbor wars with the people living next to them had become long-running arguments. The most common reason for these feuds is exactly what you’d expect.

The research, which was conducted by Homes.com, cited that the four most common problems between neighbors are fighting over parking space and getting parked in, incessantly barking dogs, general noise, and disputes over untidiness and mess.

And, instead of working things out or getting revenge, most people choose to address these issues with their neighbors in the most surprising way.

40% of Americans choose not to address the problems with their neighbors at all and, instead, opt to avoid them entirely. In fact,

Northeast neighbors are more than twice as likely to say that they have rude neighbors than people in the Southwest. But what’s the most common reason for people to avoid their neighbors?

No Time To Be “Neighborly”

Most of the people in the study said that they simply don’t have the time to stop and get to know their neighbors.

One in five Americans feel like their neighbors spy on them and keep tabs about where they are and what they’re doing. With all the issues that having a bad neighbor can cause when fights escalate,

It’s also not surprising that 16% of Americans have taken the drastic step to move house to get rid of their nightmare neighbors. So, how can you avoid moving next door to neighbors from hell?

Scope Them Out Before You Move In

Before buying your dream home, experts advise walking around the neighborhood and chatting to the neighbors.

Getting to know your neighbors isn’t just the “neighborly” thing to do, talking with the people around your potential home can make you aware of the good and not-so-good aspects of the neighborhood and its people before you make the mistake of moving in.