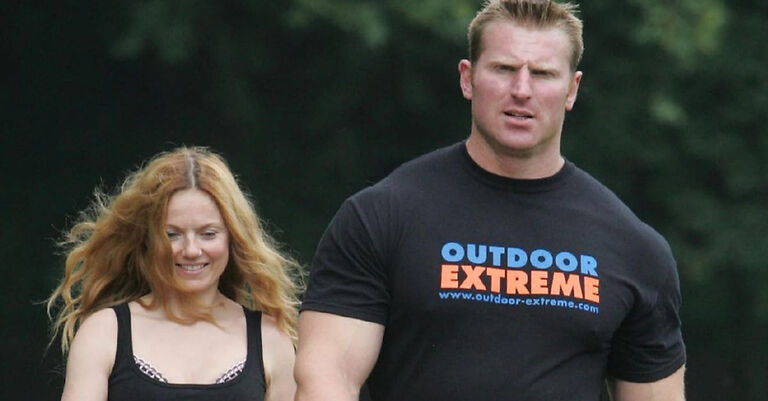 What better for their safety than hiring a big scary dude to act as their bodyguard? The following celebrities hired some really impressive bodyguards, and we’re going to share them with you.

Who would’ve thought that a professional boxer needed a bodyguard? Although Mayweather possesses more technical fighting skills, sometimes an enormous and strong man is necessary to fend away crowds.

That’s exactly why Mayweather chose to hire himself a bodyguard. Nobody is going to get past that guy, that’s for sure.

Drake has grown to be one of the world’s most successful artists. But his increasing fame comes with a price.

His popularity and wealth threaten his safety, but thankfully Drake has a big scary bodyguard to tend to his security needs.

Supermodels must constantly be overwhelmed by pesky paparazzi. Lucky for Heidi Klum, she has the big and strong Martin Kirsten to protect her.

He has been protecting her and her children for many years now.

As a president, it is of utmost importance that your safety is prioritized.

And by looking at this guy, we’re sure the president of Lithuania can sleep soundly at night. He is as scary as he is big.

Niall Horan was very successful in his endeavors after One Direction split up.

With the fame, the young artist achieved came many crazed fans. No wonder he had to hire that big strong guy to protect him from his easily excitable fan base.

Ginger Spice managed to find the real-life version of Popeye and made him her bodyguard.

This guy definitely does not skimp on his spinach. Look at the size of him! Not only does he protect the beloved Spice Girl, but he’s also her personal trainer. Handy!

Harry Potter might have the ability to face foes with magical powers, but Daniel Radcliffe is not that lucky as he is but a human.

Radcliffe’s bodyguard, Sam is big enough to be considered other-worldly and he definitely does not need magical powers to protect Daniel from the dangers of the world.

The Kardashians are one of the most famous family’s in the USA. Thus, when searching for a bodyguard for one of their members one must be extremely selective.

Kylie’s bodyguard, Tim Chung, worked with Kim Kardashian and then started working for Kylie as she rose to fame. And these two are adored by the cameras!

If there is one word to describe Beyonce’s bodyguard, it would be massive.

Julius De Boer is an incredibly qualified bodyguard and even owns his own bodyguard company, with offices internationally! Of course, Queen B would naturally only choose the best of the best.

Pascal Duvier is Fergie’s trusted bodyguard. He has worked for A-list celebrities such as Katy Perry and the Kardashians. Needless to say, he is one scary-looking dude.

Fergie gets her money worth with Duvier as he frequently escorts her through crowds during her concerts.

Bella Hadid is one of the biggest names in the fashion industry at the moment. So it makes sense that she’d need a bodyguard to protect her from the swarming crowds of people and paparazzi that appear wherever she goes.

Not much is known about her bodyguard, only that his intimidating stare would make you want to curl up and hide.

Justin Bieber looks tiny next to his bodyguard, Evert Viera, who shadows him wherever he goes.

This former marine is responsible for Bieber’s safety and security. And it looks like his skills as a former marine has transferred nicely into his new role. The bio in his caption reads “I have to go to the gym”. We’re betting it’s an accurate representation of his life.

That man is her bodyguard, Peter Van Der Veen, and he looks like he came straight out of a James Bond movie. Intimidating and good-looking – not a bad pick Adele…

If you’re a kid and you have a full-blown man following you around everywhere you go, you may react one of two ways; either you’re annoyed and are dying for your independence and freedom OR it goes completely to your head and you feel completely invincible.

We’re not sure which one is better here.