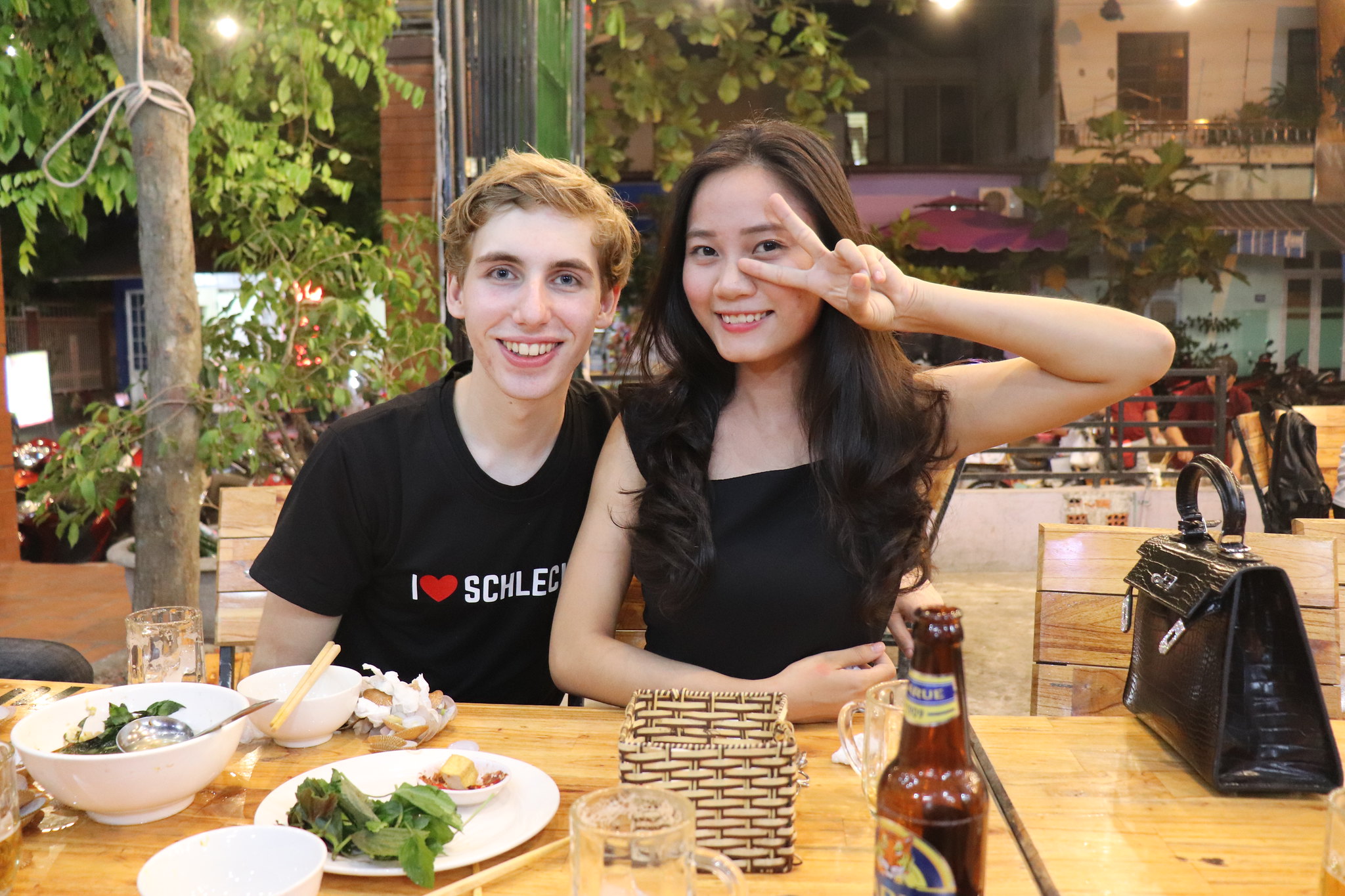 Manuel Brant from Germany started traveling the world solo when he was 19 years old. He wrote this guest post to share some of his travel experiences.

I’ve been traveling around Asia for almost a year. I’ve been to several countries, including Thailand, Cambodia, Indonesia, Singapore, Taiwan, Malaysia, Japan, and my favorite, Vietnam. I am living in Da Nang right now!

When I started my trip with a one-way ticket from Cologne, Germany, to Bangkok, I had two bags full of stuff I never used. After this time full of adventures, there were many things I threw away. But there are also some things I couldn’t travel without.

Here are the things that shouldn’t be missed on any trip!

When you start to travel, you don’t expect that getting from one point to another will take you so much time. Taking buses, planes, trains, and walking around your new destination can take longer than you might think. There are many opportunities to listen to some music, and it can make your trip so much better.

In my first weeks of traveling, I didn’t have Spotify. I just had a few songs on my phone. I made a cool playlist before my travels, but I heard all the songs hundreds of times. They became boring. That’s when I joined Spotify.

Spotify is amazing! It makes your next trip much more enjoyable. You can download some playlists or albums easy and fast.

Listening to whatever I wanted changes my mood when I’m getting from one point to another! I’m excited before taking a bus to the next destination just because I know what album I will listen to.

Before my “big trip” that I’m doing at the moment, I always took a regular towel with me. This time, I decided to try something new: microfiber towels!

They are amazing and make traveling so much easier!

First, they are not as heavy as normal towels and don’t need so much space, which is super helpful! But more importantly, they dry so much faster than a standard towel! You can take a shower and the towel will be dry an hour after you use it. Everyone who had to put a wet towel in his bag knows how bad this can end because of how quickly towels can start to smell.

If you travel in a region like South East Asia, a normal towel sometimes need two days to dry if the weather is wet. Definitely take a microfiber towel with you!

This is a thing many people don’t think about when they travel, but it’s maybe the most important thing to take with you next to your passport!

If you travel for a short amount of time and visit one country, you will probably exchange the money before your trip. In this case, you might not need a credit or debit card.

But what if you travel for one year around the world? You can’t take all the money for this in cash with you, and you will need a credit or debit card. Today, many cards allow you to withdraw money from abroad.

Every traveler has a credit or debit card today, but they usually only bring one. Imagine you travel to a country far away, and you lose your card or the chip of your credit card stops to work. Or, like what happened to me many times, the card might get blocked.

For these cases, you want to have a second card! While a credit card can be useful for some aspects of travel, sometimes having a debit card is better. Some countries and some ATMs only accept certain types of cards. If you don’t have the right kind of card, you won’t be able to withdraw cash from an ATM. Keep an extra debit card in case you need to get some money while you’re in more remote countries.

It never happened to me (because I was well prepared), but I’m sure there is nothing worse than being in another country, far away from home, at a place where you don’t know anyone without any money. So, always get a second debit card if you travel, and take some extra cash in case of an emergency.

What Is the Best Card for Travelling?

Because I didn’t have much time to prepare a better option, I just chose one Visa and one MasterCard from my local bank. I pay six dollars per withdrawal, which is fine for me. Still, there are better options!

I use Transferwise a lot. It offers you a free MasterCard. The first 250 USD every 30 days are free. After that, there’s a 2% charge on withdrawals. Usually, I withdraw around 200 dollars, so that would be four dollars per withdrawal. That cost is already cheaper than the MasterCard from my local bank.

The main advantage is if I withdraw 20 dollars, I only have to pay 40 cents because they charge a percentage of the withdrawal. For me, that saved a lot of money. When you change countries often, it’s hard to calculate how much money you need in each currency.

Also, my local bank credit card forced me to withdraw huge amounts of money. As I’m always a bit scared that my things get stolen, I don’t really like that. The smaller amounts from Transferwise are more comfortable.

Offline Map App for the Phone

This is a thing I’m using every day on my trips and that I don’t want to travel without: an offline map app!

I use MAPS.ME. It’s completely free, and you can easily download maps for every country you plan to visit. If your next destination is Japan, type in Japan, click download, and you won’t get lost!

What I also do is that I always mark the places I want to go. That helps you with planning your trip, but it’s also super cool because you can see all the places you have been!

I’ve traveled for a year now, so I have been to many places. Many of them you will forget. But because I’ve used this app since the beginning, I can see all the places I have been to, and that’s really cool.

The last point on this list is a kit with some medicine.

I recommend you to take something for fever like Ibuprofen or Paracetamol. If you get a fever, you don’t want to have to go to the pharmacy.

The next thing is something for stomach problems! This is super important! Especially if you come from a western country and you visit Asia. The food there and all bacterias are different, and your stomach isn’t used to that. You will for sure have some problems with your stomach. I usually have Imodium with me, and it’s amazing!

There are a few options to chose. The easiest way is to go to your local pharmacy, tell them about your travel plans, and they will help you to find the best medicine!

The last thing is something for buses that helps you if you need to throw up. Bus drivers in Asia sometimes drive really crazy. Even if you don’t have usually a problem with car sickness, you might need it in Asia!

The last thing I want to say is that it’s better to be prepared. Taking a few things too many is better than missing something. You can always leave some things on the way if you don’t need them.