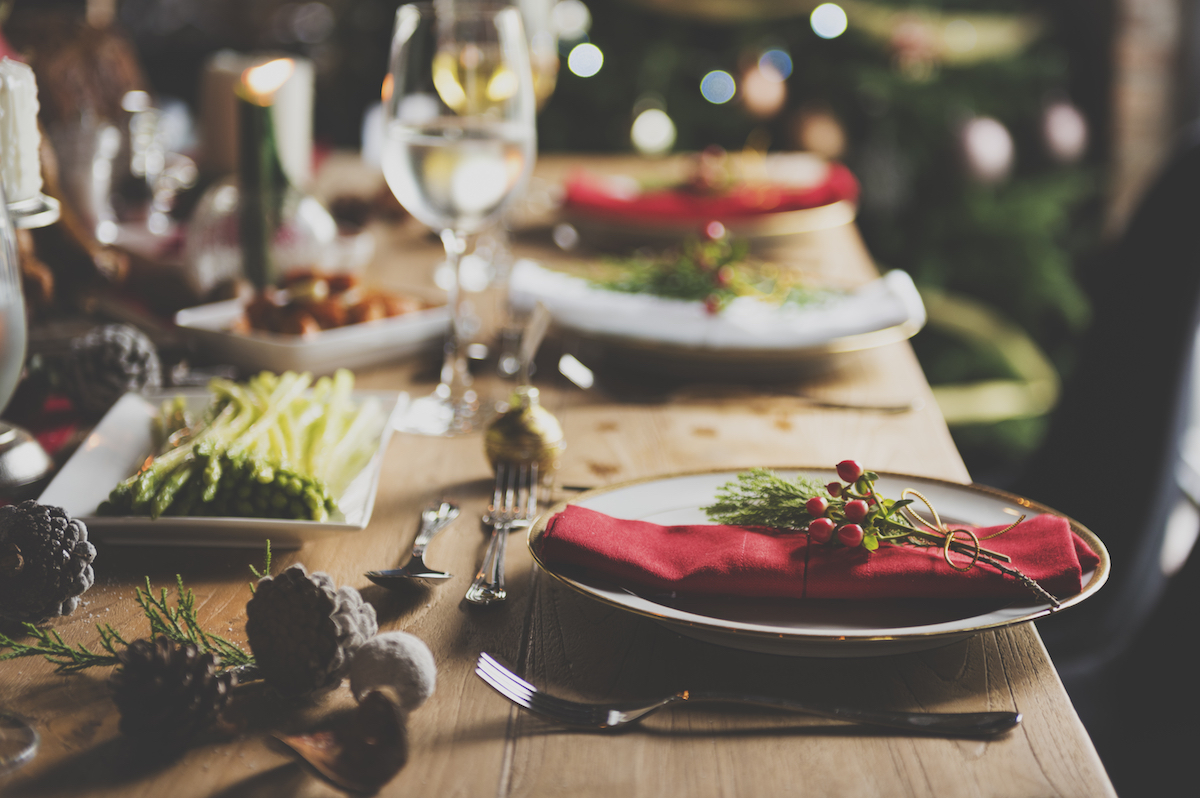 The world can be divided into two kinds of people: those who guest and those who host.

Alright, alright — admittedly that’s a bit of an oversimplification, but there is something specific to the holiday season that divides guests from hosts more precisely than during the rest of the year. Why is it that Aunt Sally always does Christmas brunch? How come Dad is in charge of the latkes during Hanukkah? Is it written in law somewhere that Chinese New Year is only to be celebrated at grandma and grandpa’s place?

Often the thought of how much stress goes into throwing a holiday party is enough to prevent most people from volunteering, and that’s why Aunt Sally and Dad and the grandparents continually end up with the responsibility of hosting winter gatherings. Or heck, maybe they actually like it, but that still doesn’t mean you shouldn’t throw your hat in the hosting ring.

Either way, it’s nice to change things up, and whether you’re new to hosting or a seasoned party-thrower, tips for reducing the anxiety of a holiday fête are always welcome. Below you’ll find five simple tips for lowering the amount of stress-related sweat you’ll exude this holiday party season.

As the host you have many responsibilities, the most limited of which is cleaning. You’ve done all the planning, all the prepping and most of the cooking, so it’s only right that you take a load off once the event starts winding down.

The trickiness lies in who you’re dealing with. Certain families and friend groups wouldn’t think twice about picking up a sponge, but others might need a little nudge. Try calling two or three people you feel comfortable with and asking them if they could help you out. Most likely they’ll be happy to assist. And even if they secretly hate it, you can throw in a cute, holiday-themed gift to show your appreciation.

4.) Stock up on the communal cocktail and non-alcoholic beverages, but leave the wine and beer to everybody else.

A big pot of mulled wine or cider is a cheap, festive way to get the party started. Keep it on the stove or in a crockpot with mugs nearby and people can serve themselves.

Mineral water, sparkling cider and various sodas are also good to have on ice so kids and non-drinkers have plenty of options.

In terms of wine and beer, it’s important to buy enough bottles for dinner, but anymore than that can get expensive quickly. By letting people know on the invitation that some cocktails will be served but BYOB is encouraged, you’ll eliminate the stress over how much red, how much white and what kind of beer to buy because people will inevitably bring what they like.

3.) When it comes to menu planning, know your limits.

Whether you’re doing a full-blown dinner or simply drinks and appetizers, every holiday party needs food. It’s tempting to want to “wow” your guests with one intricate dish after the next, but balance is key. It’s better to focus on one or two major dishes on the day of the party rather than six. Pairing delicious, classic recipes next to more complicated ones is the way to go.

Side dishes like roasted winter vegetables and a wilt-free salad are aesthetically pleasing, and also easy to make, giving you the opportunity to focus on a great ham or roast.

2.) The freezer is your friend. So is the slow cooker.

Now that you have your menu, you also know what can be made ahead of time, and if one (or all!) of those complicated dishes can be done in advance, then all the better. Homemade baked goods such as biscuits and pies tend to impress people and can be made ahead and kept in the freezer until you’re ready to throw them in the oven.

Figuring out a main dish that can fit in your slow cooker will also make life insanely easy. Not only will it free you up to work on other dishes, but the flavor and tenderness food gets when it’s cooked slowly will make people think you’re the next Julia Child when, let’s be honest, you just cut up a bunch of stuff, threw it in a bowl and pressed a button.

1.) Know that mistakes will happen, and that you don’t need to be prepared for them.

Mistakes don’t actually always happen, but it’s important to remember that most of the time they do. And no one mistake, or even ten mistakes, are going to ruin your party. You burnt something? Oh well, throw it out. If you don’t have enough food, order a pizza. If you’re an awful cook, do a potluck or recruit help from your friends. We are fortunate enough to live in an age where there’s less pressure to be formal about events like this. Ultimately, everyone wants to have a good time with good company. The rest is gravy.