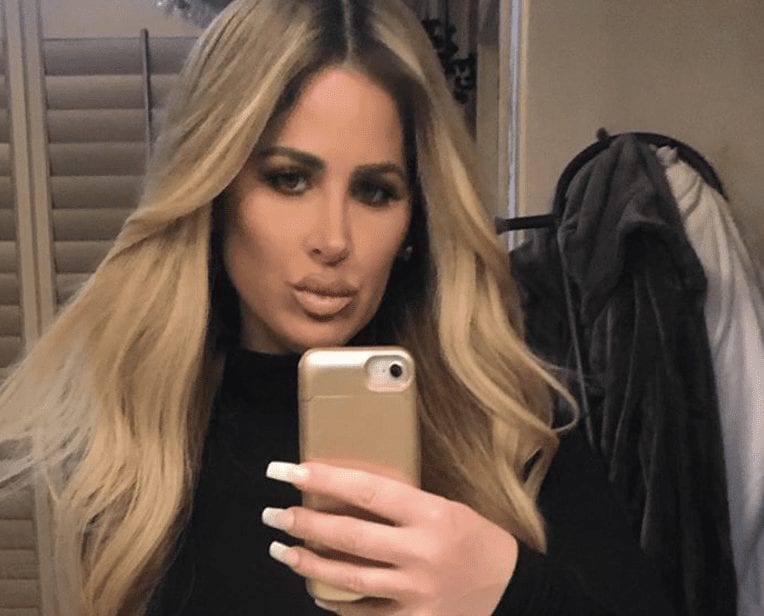 Since she first appeared on The Real Housewives of Atlanta back in 2008, we have always loved Kim Zolciak.

We enjoyed watching her ups and downs in her life and felt like she always let us in and we enjoyed going along for the ride.

Of course, one of our favorite moments along the way was when Kim met her husband, Kroy Biermann, as it was instantly clear how happy he made her and her daughters.

We have also enjoyed watching her on Don’t Be Tardy, her own show, and watching her family continue to expand. Now, Kim has decided to take down a critic of hers- and done so in a fabulous way. What do we mean?

Before getting into what Kim was criticized for- and what she said- let’s first review each of Kim’s amazing children. The first one is her daughter, Brielle Karenna.

Brielle was born in 1997 and, seeing as fans have been watching her since she was 11 years old, we have watched her grow up into a beautiful young woman who has a huge social media influencer presence. She also has been quite entertaining on Don’t Be Tardy through the years.

Kim’s next daughter is Ariana Lenee, who was born in 2001. Seeing as America met her on TV when she was seven, we have also watched her grow up on TV.

Like Brielle, Ariana is a great young woman and fans found out towards the end of last year that she was accepted into her dream college, Arizona State University.

After Kim met Kroy in May of 2010 while taping The Real Housewives of Atlanta’s third season, they ended up dating and got married on November 11th, 2011. Since getting married, the pair have had FOUR children together.

Recently, Kim shared the below photo with the following caption: “Best friends 💕@briellebiermann @arianabiermannI just wanted to THANK YOU guys so much for all your support of @kabcosmetics we really appreciate you! I’ll be picking 3 WINNERS who will WIN the NEW LIP OILS that just launched today! How to Win? 🥰. Guess correctly what lip kit Im wearing! Tag your friends ❤️ UPDATE: I am wearing Chocolate Chip Pudding Lip Kit! The first 3 people that got it right will be notified today by DM 💕 (this was fun I’m going to do this again STAY TUNED).”

This was a giveaway for their cosmetics line, but it caused someone to criticize Kim- and Kim fired back. What do we mean?

While many commenters were super complimentary of the family- which is normal, as they have a TON of diehard fans that adore them- one nasty commenter wrote in and stated, “I’m sorry but you look like you’re morphing into the same person.”

They went on to add insult to injury, writing, “Must use the same Dr.” While Kim has never been on to hide her feelings, we were so thrilled to see her clap back at this hater and defend herself and her daughters. What did she say?

We applaud Kim for beginning her response to the hating critic in the most epic of fashions. She began with replying that, “You are like 65 yrs old!! You would think that at your age you would have learned a thing or (two) about being negative and trying to tear people down.”

She still had more to add, though.

Kim continued with her epic response, noting, “Guess some people never learn.” She then kept it extremely classy, adding, “Sending positive vibes your way and a hug.”

We applaud Kim for not only handling the situation with such decorum- rather than lashing out as some might- but also just for simply defending herself.

While season 7 of Don’t Be Tardy wrapped last year, fans are currently anxiously awaiting another season.

For now, to follow the lives of Kim and her family, we will have to stay tuned to their social media. Luckily for us, they are super active on it and are keeping fans updated on their lives.

One thing for sure happened by us seeing Kim clap back at this hater- it made us even bigger fans of hers than we already are, if that’s even possible.

We look forward to seeing what Kim and her family do next!