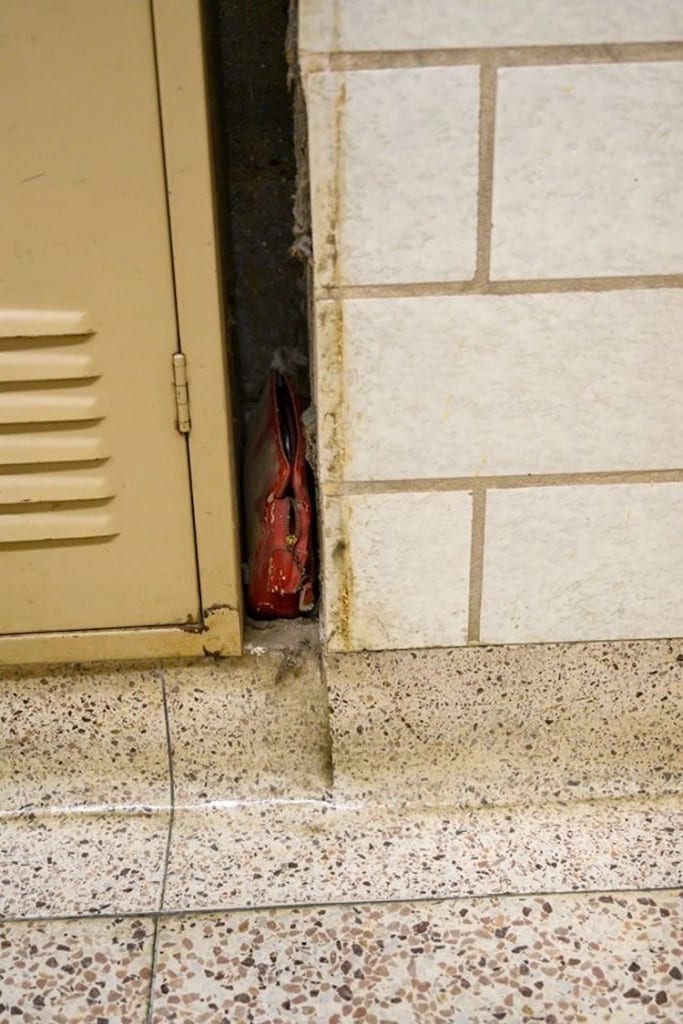 What exactly did life in 1957 look like? Wouldn’t it be great if you could find a window that gave you a view unto a time gone by? Well, thanks to Chas Pyle, a school custodian, we have that glimpse into 1957.

Students and staff from the North Canton middle school in Ohio got exactly that chance when Chas Pyle the school custodian made an extraordinary discovery while fixing trim between the school’s lockers and the walls.

In the tiny space between them, he found an unexpected time capsule.

There behind the locker lay a small red purse. It was remarkably well intact still and Chas wasn’t sure what he should do. He decided to turn the find into the school authorities.

They decided to investigate further and made a stunning discovery.

When the school authorities looked inside the purse they determined that it had belonged to one Patti Rumfola. After they tracked down her family they asked for permission to share the contents of the purse.

What they found inside the purse were items that would have been carried by teenagers back in the 1950s. The personal effects in the purse gave a wonderful perspective on a teenage girl’s life.

The discovery was a wonderful surprise.

In the purse were typical items such as a comb, makeup, gum (peppermint flavored) and a stick of “pastel pink”, ostensibly Patti’s favorite color. These were fairly common items that most girls of the period would carry.

However, there were some more personal items.

There was also a photo of and signed by, her friend Bonnie. There was also a handwritten note saying “Never forget the wonderful times we had.” While we can’t know for sure, it is almost certain that Patti never would forget those times.

However, there was even more to discover.

Patti’s purse also contained numerous ticket stubs, library cards, and photos. Two scraps of paper also illustrated her love of drawing. There was even a card to certify that she was a member of the American Junior Red Cross during high school.

It is clear that Patti was a very active young woman.

One of the other items in the red purse was an old 1956 football schedule. Several dates and games on the schedule had been scratched out. Sadly there were no phones or video cameras to record those football games.

But this was only one side of Patti Rumfola

Patti’s children graciously agreed to provide family photos to show the other side of their mother. These family photos made the 1950s come alive and proved that Patti was a very fashionable young woman at the time.

There’s no doubt that she turned more than a few heads in her day.

After graduating from Hoover High in 1960, Patti went on to become a teacher herself. She got married in 1980 and had five children with her husband John G. Michelle. She would also go on to have several grandchildren.

However, the small change in her purse would go on to be of the most important items.

In the purse was a total of 26 cents. This might not be much but the sentimental value was higher than imaginable. “Each of her five children kept one of the wheat pennies as a token of remembrance of their mom,” the school district stated.

What did Patti think about it?

Sadly, Patti passed away in 2013, before the purse was discovered. She had no idea of the amazing story her purse would tell about a life lived 63 years earlier. However, the life she lived will never be forgotten.

Her story lives on in the halls of the North Canton school.