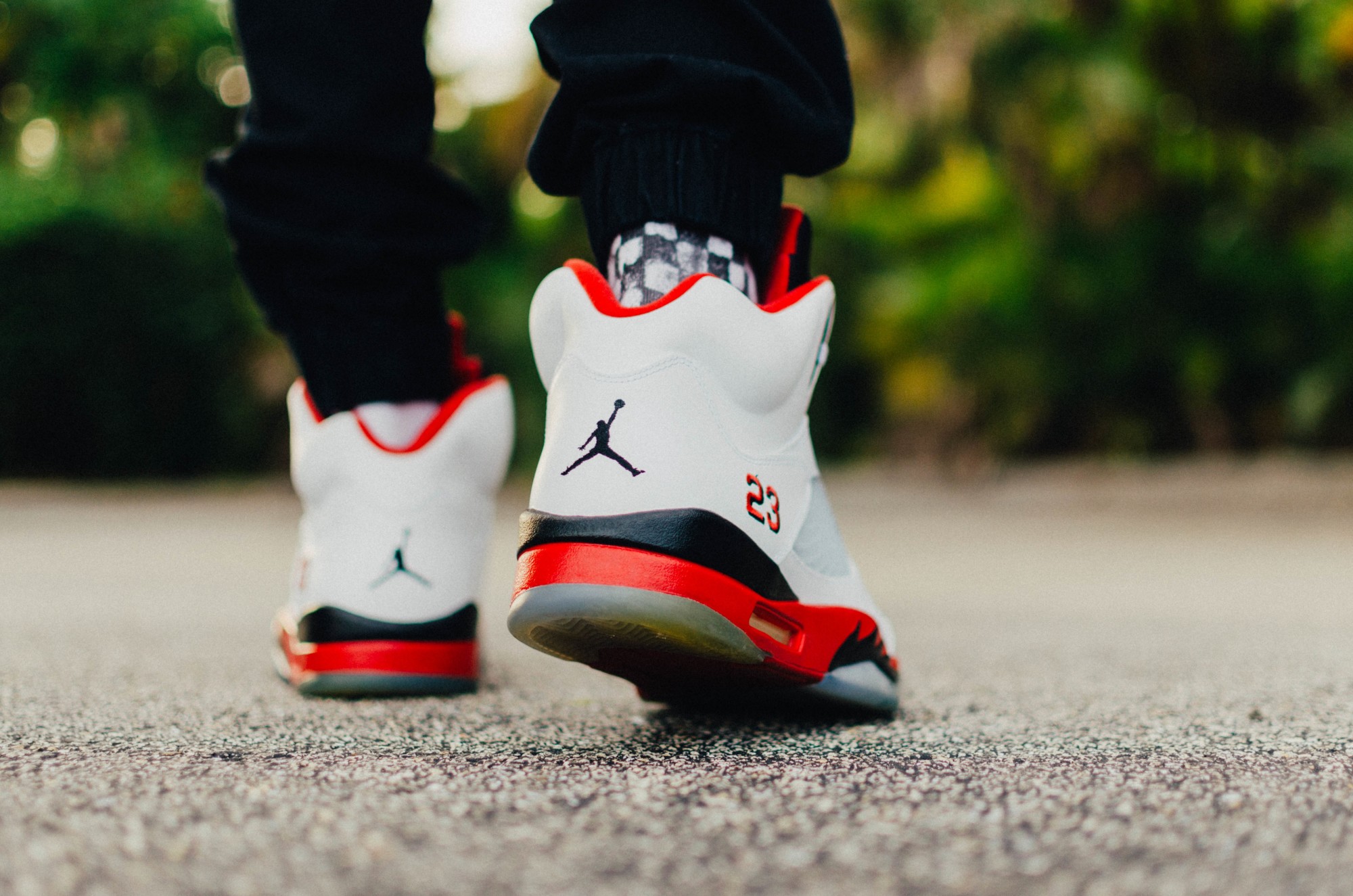 If you take a look back at almost all the biggest moments of Michael Jordan’s career, you’ll see a pair of classic Air Jordan sneakers on his feet.

That didn’t stop the Nike Air Jordan 9 from becoming an important sneaker, though. Here is what you should know about it if you’re thinking about snatching up a pair.

MJ Wore the Air Jordan 9 While Playing Baseball, Not Basketball

As we just mentioned, Michael Jordan didn’t ever get around to wearing his Air Jordan 9 on the basketball court. Outside of putting them on for a few Chicago Bulls practices when he returned to the NBA in 1995, he didn’t wear the Air Jordan 9 to play basketball.

MJ did, however, put on the Air Jordan 9 sneakers early and often when he attempted to carve out a baseball career with the Birmingham Barons. And it was sort of fitting that he did seeing as how they drew some of their inspiration from baseball cleats.

That being said, the Air Jordan 9 was still a basketball sneaker, and lots of other NBA players have worn it on the court over time. Everyone from Penny Hardaway to LeBron James has laced up the Air Jordan 9 sneakers and played in NBA games in them.

The Air Jordan 9 Borrowed a Few Elements From Previous Jordans

But if you look closely, you’ll also see that there are a few things that make the Air Jordan 9 quite similar to its predecessors. And that’s because Nike designer Tinker Hatfield borrowed a few elements from the Air Jordan 7 and Air Jordan 8 sneakers and incorporated them into the Air Jordan 9 sneakers.

More specifically, Hatfield took both the nubuck accents and the inner sock sleeves from the Air Jordan 7 and Air Jordan 8 and worked them into the Air Jordan 9. It was a slight nod to the previous models even though the Air Jordan 9 had a different overall design when compared to them.

He managed to accomplish this goal by adding lots of symbols and languages from other countries to the bottom of the soles of the Air Jordan 9. This indicated the impact that MJ was having internationally at that point in his career.

MJ may not have accomplished much on the basketball court in his Air Jordan 9 sneakers. But that didn’t stop Hatfield from choosing the Air Jordan 9 as the sneaker that he wanted to see MJ wearing when a statue of the NBA legend was erected outside of the United Center in Chicago in 1994.

Over the years, Hatfield has said that he chose that particular Air Jordan model because it was the most interesting of the bunch to him. He also said that he picked it because it helped represent the massive impact MJ had on the world while playing basketball.

The Air Jordan 9 Has Been Re-Released Numerous Times Now

It’s been almost 20 years now since the Air Jordan 9 was released for the first time. But it remains one of the most popular Air Jordan models of all time, in spite of the fact that MJ himself didn’t ever wear them to play basketball.

You can check out a whole bunch of Jordan 9 sneakers and pick out the pair that you like the most. There are more than enough colorways for you to choose from in this day and age.

Look Into Buying a Pair of Air Jordan 9 Sneakers Today

It would have been hard to blame Nike for dropping the ball when it came time to release the Nike Air Jordan 9 sneaker. MJ wasn’t playing basketball at the time, so they very easily could have phoned it in and put out any old sneaker with the Air Jordan logo on it.

But Nike chose to pay tribute to MJ’s legacy up until that point by dropping the Air Jordan 9. It was everything that MJ fans hoped it would be, and it continues to be one of the best Air Jordans ever released. You should pick up at least one pair if you’re an Air Jordan fanatic.

Read more great sneaker-related stories by browsing through our other blog articles.