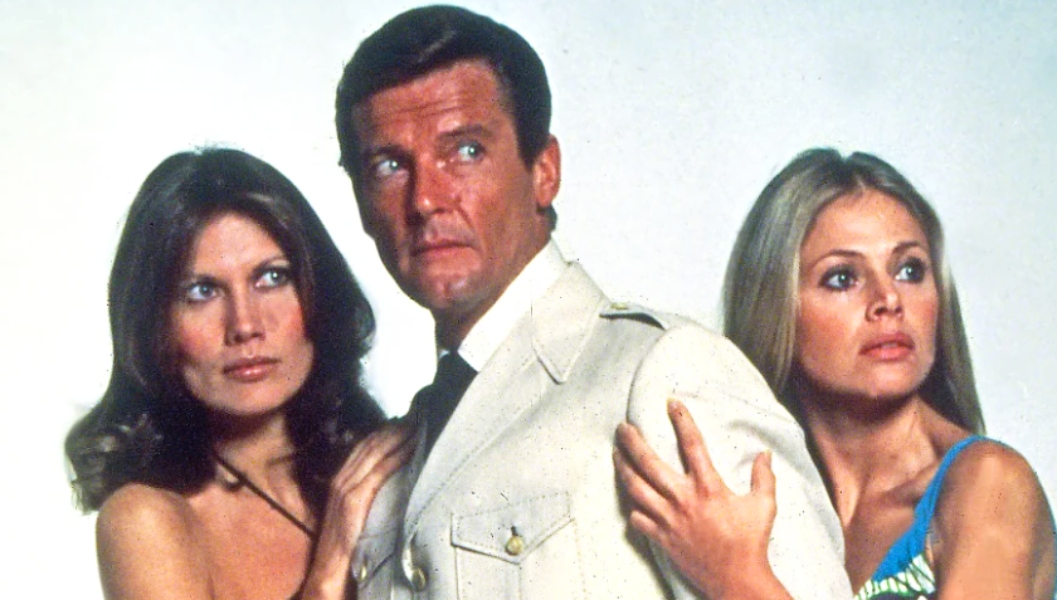 Since the 1950s, not many films have managed to be as successful or beloved as the iconic James Bond films. But this comes as no surprise. With fancy cars, action galore, and some awesome gadgets, it’s hard to see what’s not to love.

But over the years, a few dazzling lead ladies have caught as much attention as James Bond himself. Known as the “Bond girls”, these are some of the most famous actresses to star in the Bond movies.

Born in 1936, Ursula Andress was the first ever “Bond girl”. She played “Honey Rider” and starred as 007’s love interest in the first bond movie.

Andress went on to be an extremely successful actress and model. At the age of 86, her last notable role was in 2005. Living a quiet life today, it is clear that she set a high bar for every “Bond girl” after her.

Blackman was best known for her raciness in the Bond films. The first name of her character was so raunchy that we won’t even mention it here, but you probably know what it was. For now, we will just call her “Miss Galore”.

Blackman had a successful career after her role in the Bond movie, and she is well known for her amazing charity work. In April of 2020, she sadly passed away at the age of 94, but she is forever remembered for setting the benchmark for pushing boundaries.

She played Jill Masterson in “Goldfinger” and confirmed her entry in the Bond girl hall of fame in quite the unique way. Blackman’s portrayal of Miss Galore might’ve stolen the attention back then, but Eaton managed to produce one of the most iconic scenes in all of Bond history.

The scene was quite tragic, but Eaton being painted in gold from head to toe was unforgettable. Many believed that this scene could never be topped, but many of the women on this list would disagree.

This is Money (UK)

Smith was well known for her roles in the Hammer Horror movies, but in 1973, she was cast as “Miss Caruso” in the Bond film, “Live and Let Die”. Roger Moore recommended her for this role and even starred alongside her. Thanks to her unbelievable on-screen charisma as a Bond girl, she managed to score a successful acting and modeling career.

She in now 72-years-old and lives a quiet life in West London with her partner. In the 60’s and 70’s, it was becoming apparent that the Bond girls were continuously evolved, which started a trend that has continued to this day.

A lot of people assume that Seymour’s fame in the 90s as “Dr. Quinn, Medicine Woman” began there. But in reality, her glittering career started decades earlier when she was cat as the Bond girl, “Solitaire” in “Live and Let Die”.

After that, her film and television career grew rapidly and in 2000, she was awarded a OBE. At the age of 71, she is widely regarded as one of the most beautiful Bond girls of all time.

At 63, she is now a successful author and businesswoman. During her time as a Bond girl, she lead and set the bar in that regard for other Bond girls to come.

At the age of 73, she is a model, actress and iconic singer. To this day, her music remains relevant. Her amazing portrayal as a Bond girl laid the foundation for other women of color who would secure starring roles in the franchise some 37 years later.

In the late 80s, Lowell starred as “Pam Bouvier” in “License To Kill”. She portrayed a fierce and independent women as she owned the role of a CIA  operative that wouldn’t play second fiddle to Timothy Dalton’s Bond.

Lowell is the perfect emobidement of her Pam Bouvier in real life. Her business acumen has seen her flourish in endeavors outside of acting. She is now in her sixties and spends most of her time to her flourishing ceramics line.

She certainly wasn’t the most traditional “Bond girl” but she definitely deserved an honorary mention. She was the first female actress to portray the iconic “M” in “GoldenEye”. She made the role her own . It’s clear that she had an outstanding acting ability and screen presence.

Today she is 87-years-old and she is still as nimble and feisty as ever. She even reprised the role in the latest installment of the franchise, “No Time to Die”. Although she isn’t one of the traditional Bond girl, you’d struggle to find a better lead female character anywhere in a Bond film.

Also appearing in Pierce Brosnan’s first Bond movie, “GoldenEye”, the Dutch-born Jannsen made an appearance as “Xenia Onatopp”. With tons of allure mixed with a little bit of crazy, her character ushered in a new decade of Bond girls and proved, yet again, that being a Bond girl isn’t an exact science.

With her own flair and intrigue, Jannsen brought a brand new vibe to the franchise and her role was entirely memorable. She has since gone on to star in major film and television shows and continues to act to date.

Yeoh broke new ground when she appeared as “Wai Lin” in Brosnan’s second Bond movie, “Tomorrow Never Dies” (1997). While Yeoh not the first Asian woman in a Bond film, she was the first to appear as a leading lady.

Yeoh’s character summed up all of the charm, feistiness, and elegance that epitomizes the quintessential Bond girl. Already a star in Asian cinema, Yeoh’s Bond appearance cemented her fame with Western audiences too. She’s now 59 years old and is currently working on the upcoming sequels to the Avatar movies.

Berry followed on from the likes of Grace Jones when she appeared as a leading Bond girl in 2002’s “Die Another Day”. Playing American spy “Jinx Johnson”, Berry is remembered as one of the most fashionably iconic Bond girls.

In particular, her famous bikini scene harked back to the days of Ursula Andress and cemented her as a fan favorite. She went on to win the Oscar for best actress that same year for “Monster’s Ball”. Now 55, she remains the only black woman in history to have won that award.

Not many people remember that the first Bond girl was actually Mexican actress Linda Christian. She appeared in the 1954 adaption of “Casino Royale” which is not recognized as an official part of the franchise. In 2015, fellow Mexican Stephanie Sigman appeared as a Bond girl.

Appearing in Daniel Craig’s “Spectre”, Sigman brought better Latina representation to Bond films and her turn was followed up by Ana De Armas in the latest instalment of the franchise. Sigman and De Armas’s turns as Bond girls proves that the iconic role continues to evolve.

There you have it. It’s hard to imagine the Bond franchise without the dazzling Bond girls that brought so much glamor and zest to them. With so many more notable women having appeared in this iconic role, it’s virtually impossible to mention every one.

What is With the mantle of 007 already having been semi-passed to a woman of color, it’s clear the role of Bond girl continues to evolve and grow with each instalment. The only question that remains is, who was your favorite?