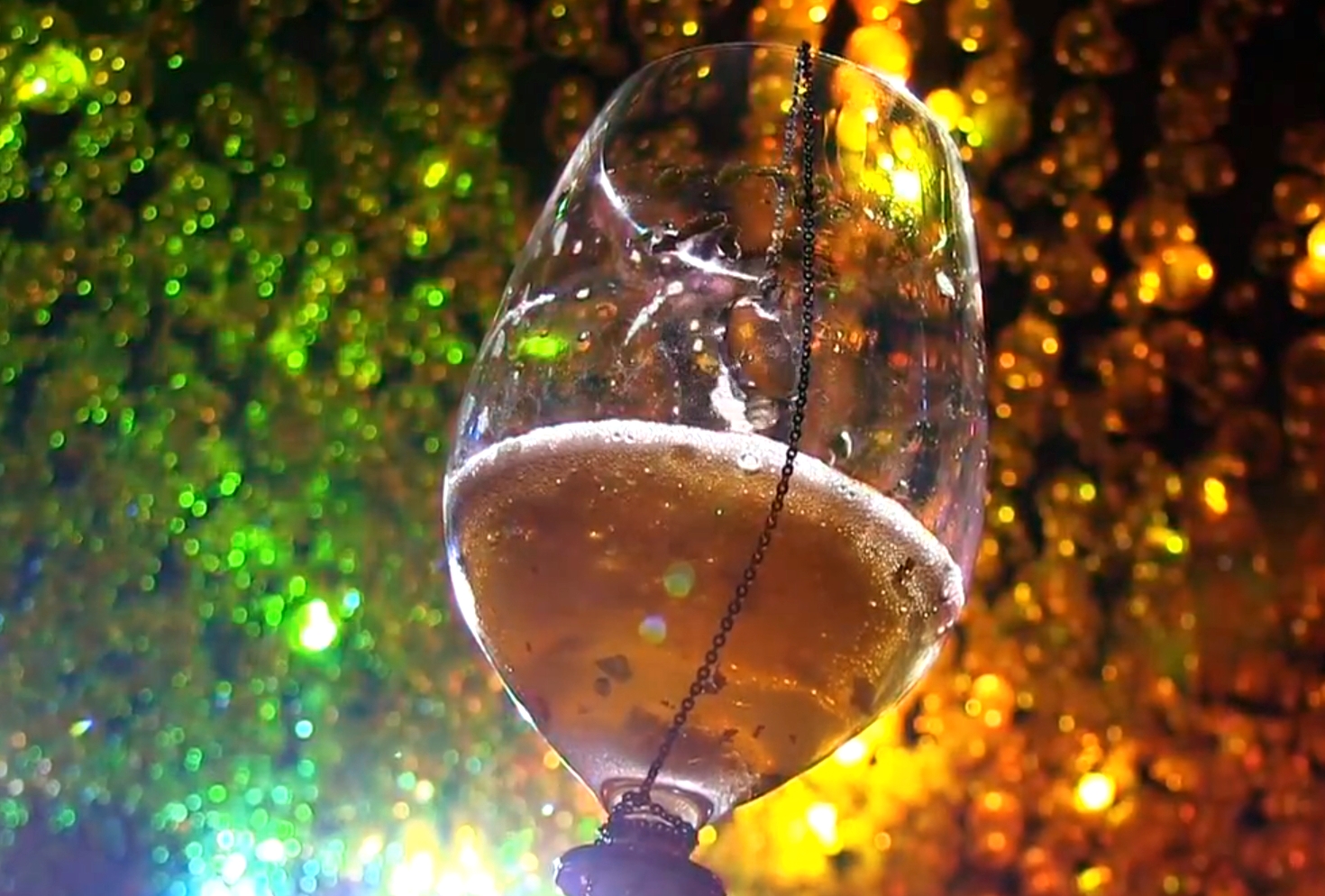 There’s nothing like a fine drink at the end of a long day, but if you had ordered one of the most expensive cocktails featured on this list, though, you would have been looking at a bar tab possibly greater than what you make for an entire week—or even much longer!

Thanks to some exceptionally rare liquor and some fabulously fancy twists, these are 10 of the most expensive concoctions your money can buy. Do you think you’ve had anything from this list? Read on to find out.

Here are the 10 most expensive cocktails in the world: 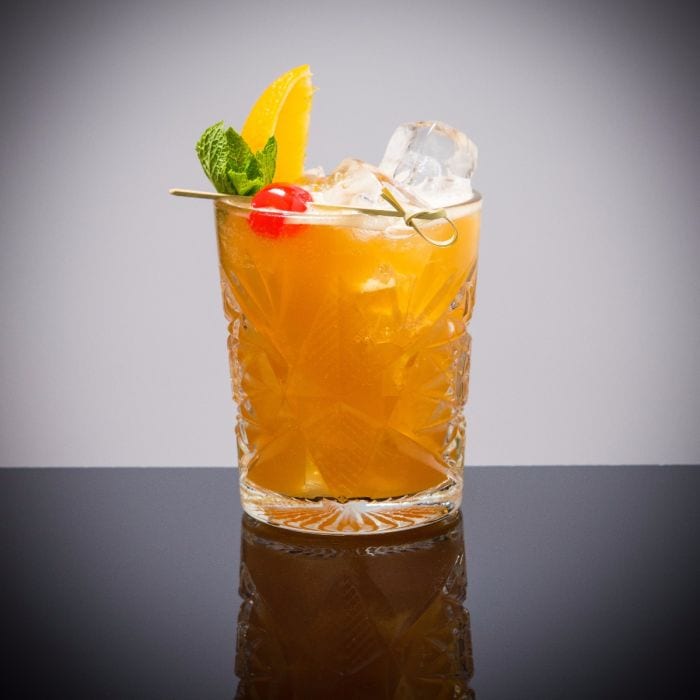 Made using the same ingredients list as the first ever Mai Tai, you can enjoy this original cocktail at the Merchant Hotel in Belfast.

This is the only place in the world where you can get a Mai Tai with the original Wray and Nephew rum and it costs just $1,200 USD. 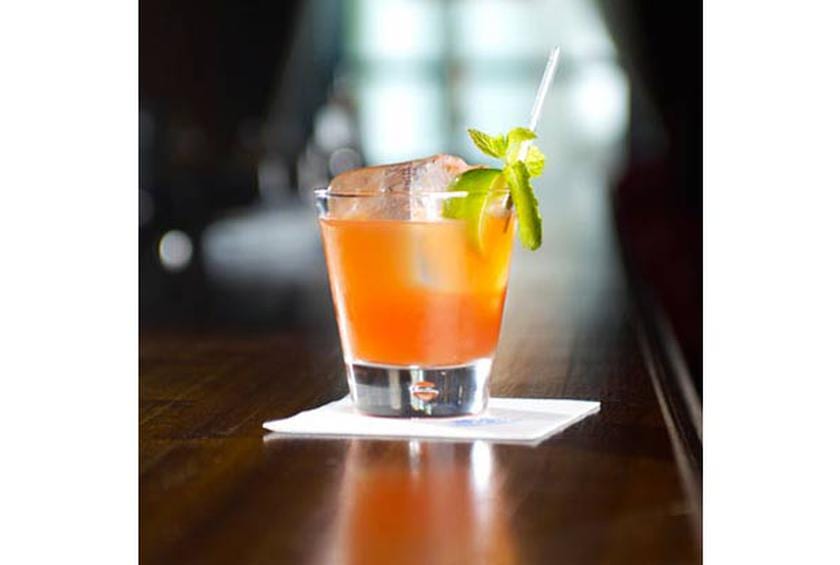 A classic in its own right, the Sidecar is made from the 1865 Ritz Cognac Fine Champagne Cognac a dash of lemon juice. The sidecar will set you back $1,760. 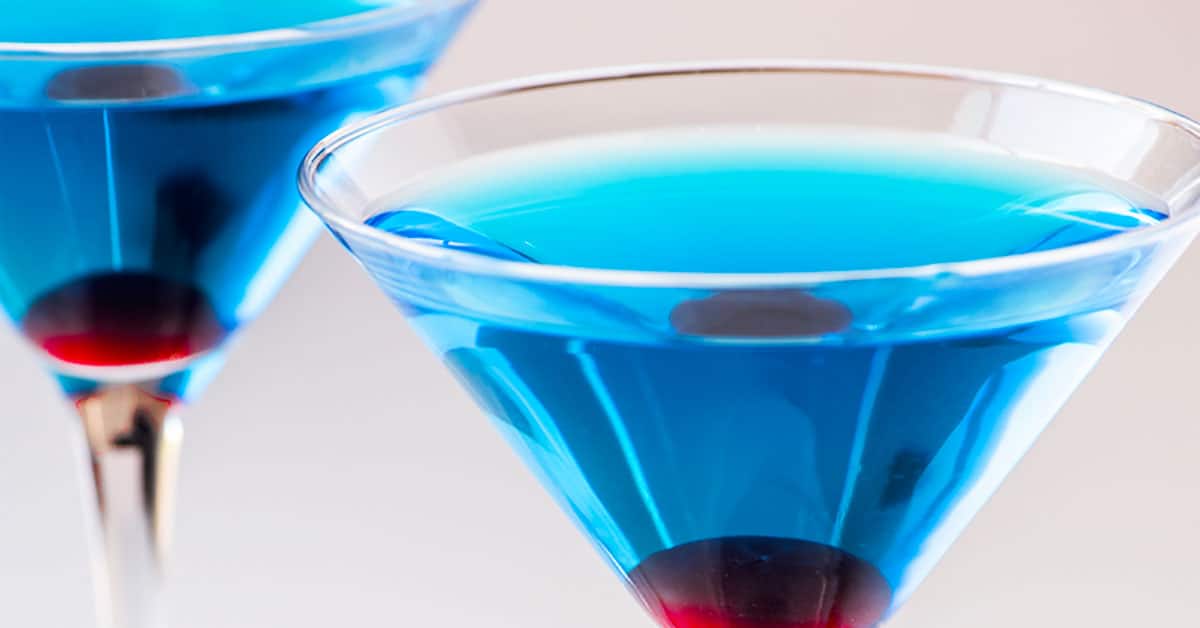 This drink also follows the trend of having luxury items in the glass. From Connecticut, this drink originally cost $24, but the introduction of a pair of sapphire and diamond rings has jacked up the price to $3000. 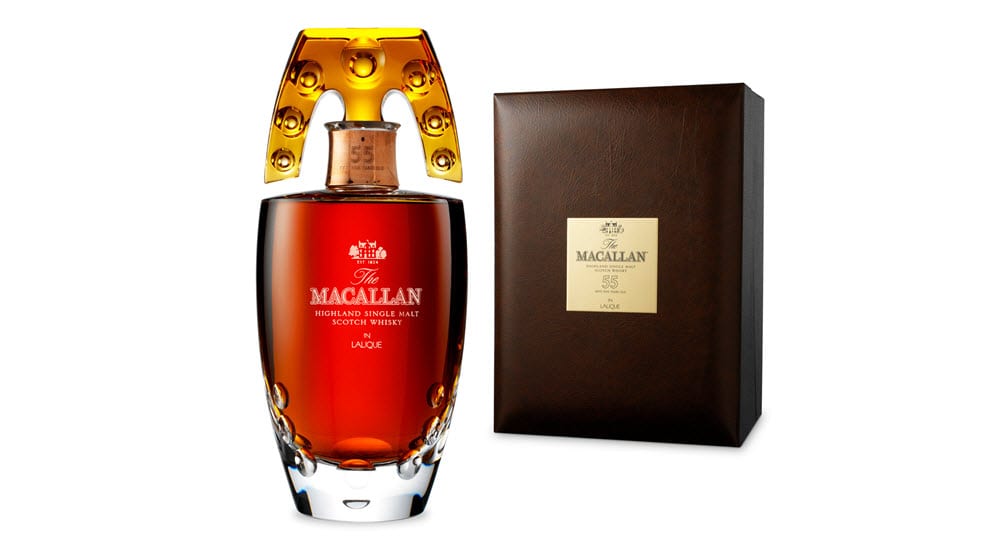 This cocktail is served in a Lalique bottle made up of Macallan 55-year-old single malt natural color whiskey combined with dried fruit bitters and homemade passion fruit sugar. It’s served with ice cubes made from the water running from the Macallan distillery and also comes in an 18-karat gold goblet. 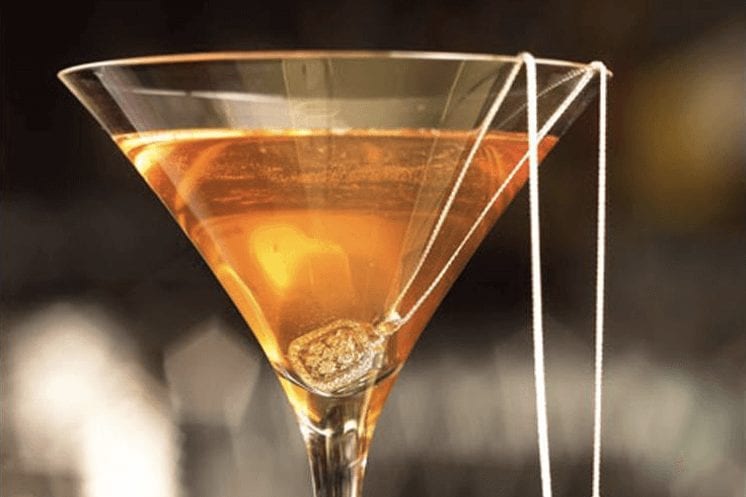 Sold at the Sheraton Park Hotel, this cocktail is a mixture of drinks each costing a minimum of $1000 per bottle. The cocktail comes with a diamond in it which can be chosen by the customer. 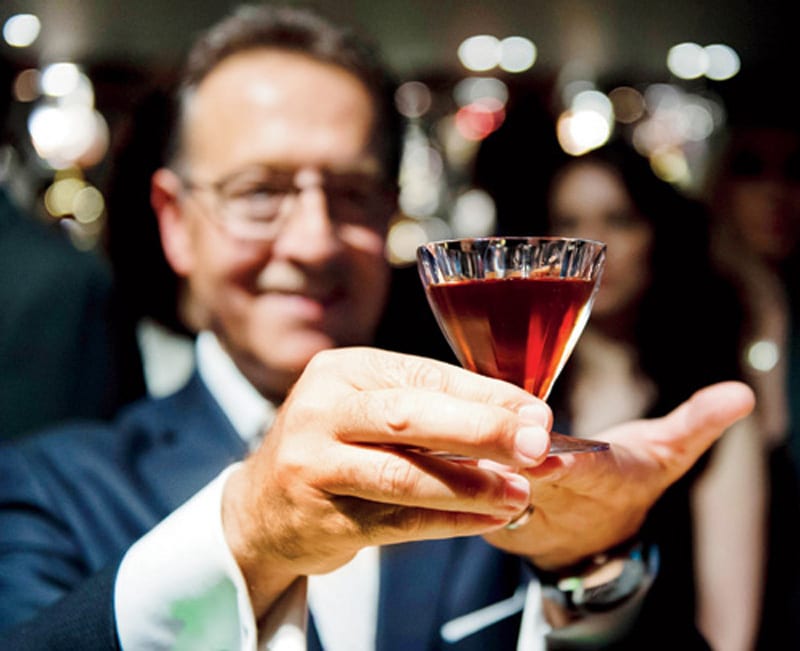 This once held the record as the most expensive cocktail. It also holds the record as the oldest cocktail mixing old vintage drinks like 1770 Kummel Liqueur, 1778 Clos de Griffier Vieux Cognac, circa-1860 Dubb Orange Curacao, and circa-1900s Angostura bitters, all with a combined age of over 730 years. It was sold at $8,824. 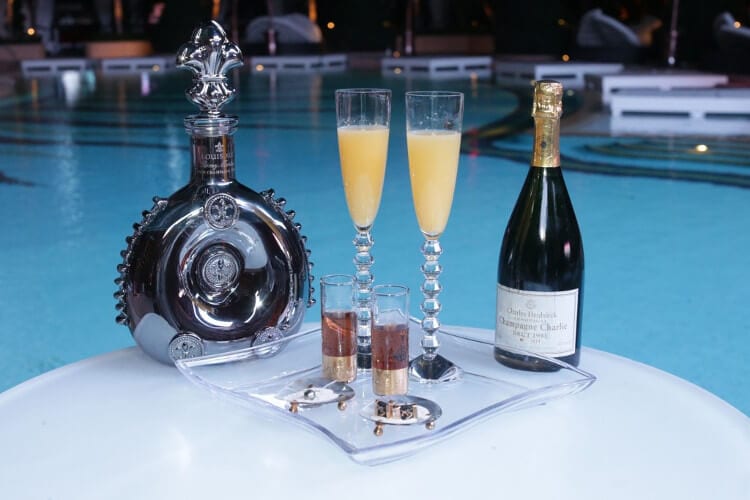 If you just won ten grand at a roulette wheel in the Wynn Casino and you need a way to spend it as fast as possible, why not head over to the aptly named XS Nightclub there at the Wynn and buy yourself one Ono Champagne Cocktail?

Thanks to Louis XIII Black Pearl Cognac being the main ingredient, you’ll spend every penny of your winnings to quaff one of these down. See, a bottle of that cognac sells for around ninety grand. The fine champagne and fresh-squeezed juice are really just afterthoughts here. 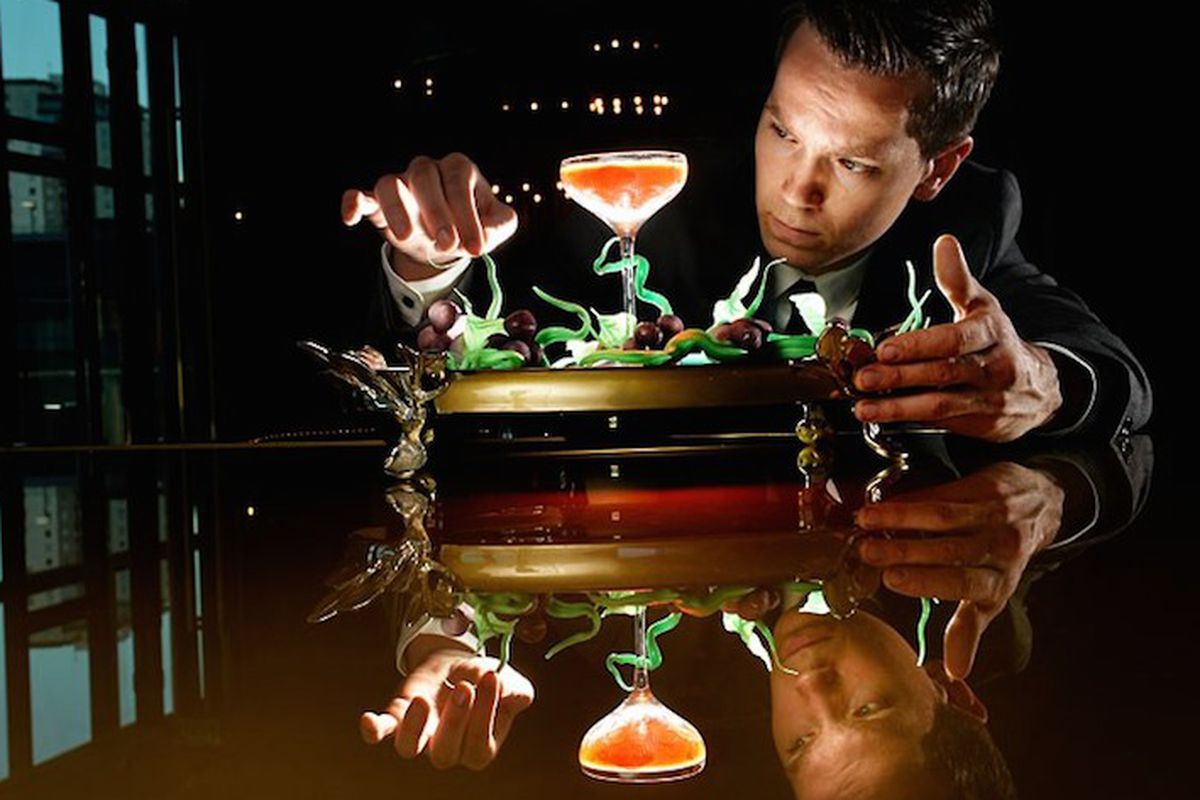 An Australian establishment claims to offer the most expensive cocktail in the world, which they are calling the Winston.

The cocktail which is named after Winston Churchill was once the Guinness World Record holder for the most expensive cocktail in the world.

At Melbourne’s Club 23, a Winston will run you more than $12,000 USD. The cocktail has just four ingredients, three of which are common in any fine establishment.

The main ingredient of the Winston, however, is a generous pour of a cognac from the year 1858. There’s your twelve grand right there.

Technically, this drink is more expensive than  The Winston Cocktail, but we feel like The Jewel of Pangea (the drink’s humble name) is kind of cheating.

You see, it is mixed using fine champagne and cognac, and then it’s garnished with gold and diamonds. The nearly thirty grand this drink will cost you is spent not on the beverage part of the concoction at all but on precious metals and stones. The fact that your cocktail will be accompanied by bodyguards is pretty cool, though. 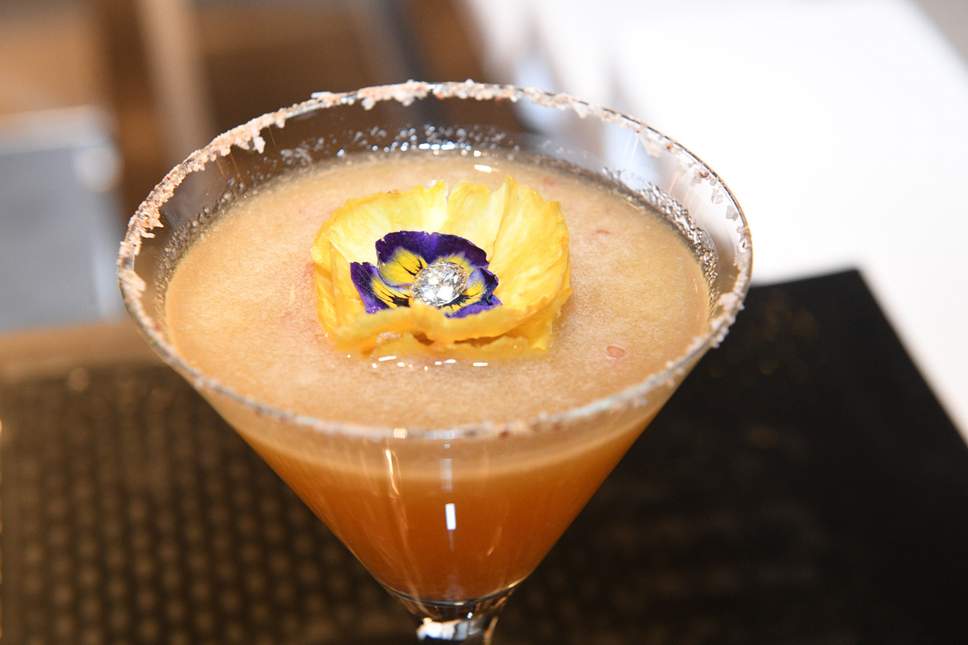 The cocktail is made up of two vintage tequilas, finger lime (lime caviar), white pineapples, and a lime-kumquat hybrid known as a ‘limequat’, and then it’s topped with a diamond which floats on the drink.

It is indeed worthy of being called the most expensive cocktail in the world because the Cantina Laredo Margarita costs almost $100,000.

An honorary mention among the most expensive cocktails in the world is:

At a cost of $40,000, this drink consists of Hanger One Vodka, St. Germain Elderflower Cordial, freshly squashed grapefruit and pomegranate juice, and a few drops of rosewater. And, don’t forget, a massive four-carat red ruby. This cocktail is in another league of its own. 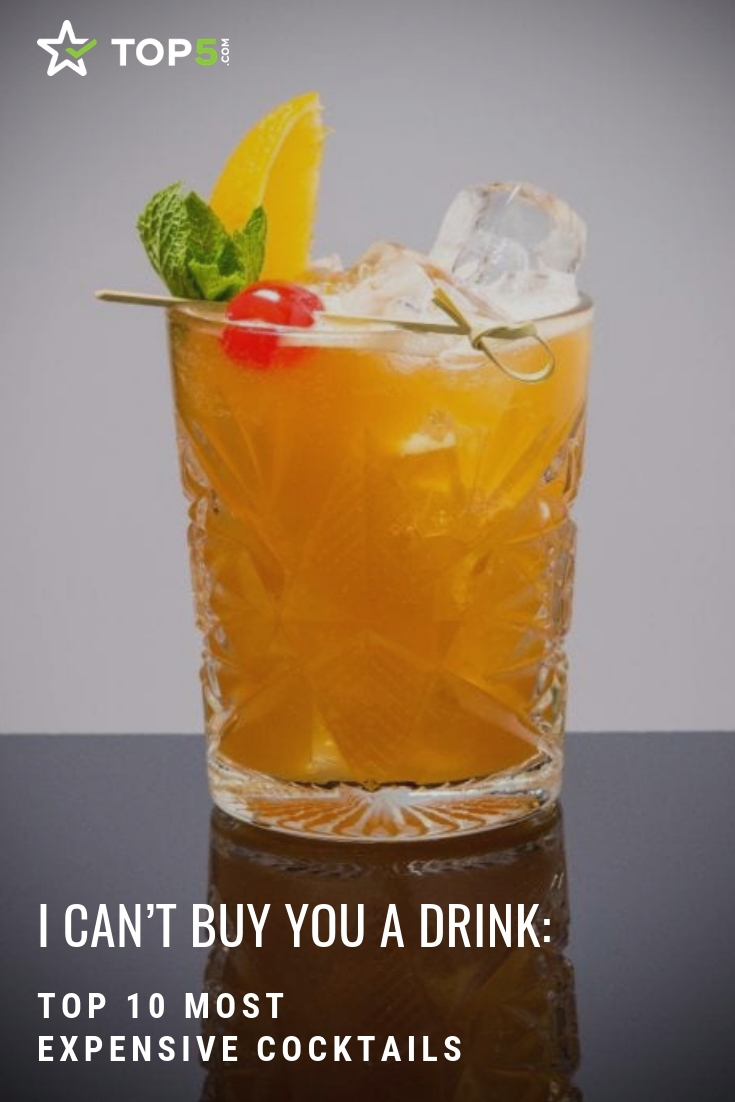