Array ( )
Top5 » Trending » Entertainment » Music » How Much Do You Know Aretha Franklin? Here Are 20 Amazing Life Facts About The Queen Of Soul

How Much Do You Know Aretha Franklin? Here Are 20 Amazing Life Facts About The Queen Of Soul 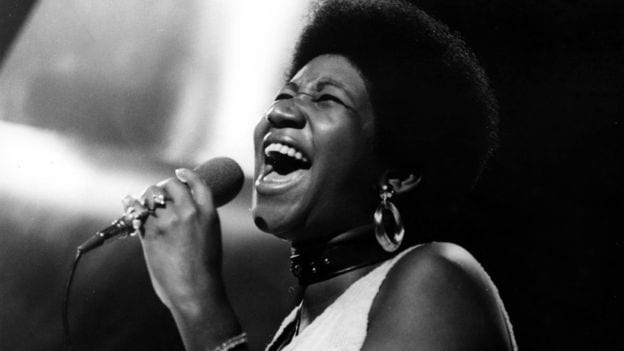 No matter what you’re doing, once you hear the Aretha Franklin singing, your body is commanded to stop and listen carefully.

When the Queen of Soul dropped her hit song “Respect,” the world of R&B knew a new era has begun, and Aretha Franklin was its leader. But aside from her famous songs, how much do we really know about this modern-day icon?

Here are 20 facts that will put you up to date on the life of the majestic Aretha Franklin.

20.) Her Father Was a Baptist Preacher And Her Mom a Vocalist

It comes as no surprise that such a powerful singer had inherited her musical gift and heavenly vocal chords from her parents. Indeed, Aretha’s father, Clarence LaVaughn “C.L” Franklin was a Baptist minister and gospel singer and her mother, Barbara Vernice Franklin, a singer and piano player.

But it wasn’t all easy. Her parents separated when she was still young and her mother passed away from a heart attack a few years later. Later on, C.L Franklin moved the family to Detroit for his new preaching position.

19.) Aretha Franklin Taught Herself The Piano 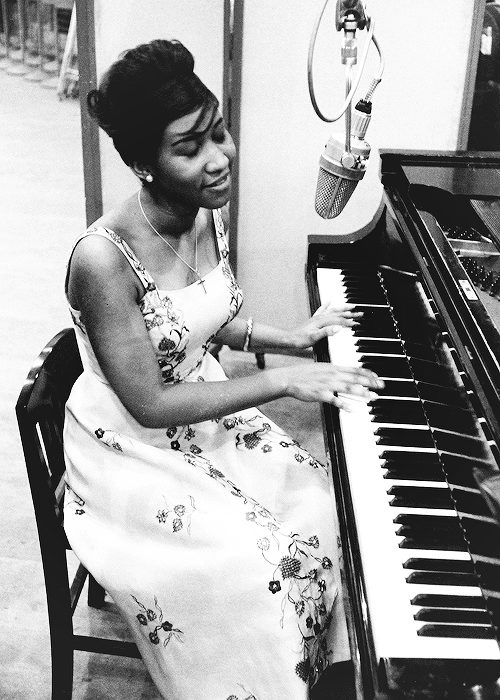 Besides Aretha’s incredible voice, she is also acclaimed for her piano skills. How did she learn them? By ear. Yes, she’s that extraordinary.

The self-taught piano genius learned how to play at her father’s church when she was still a kid. And she did so before learning how to read music. She definitely got her mother’s skills.

18.) She Was Drowning In Awards 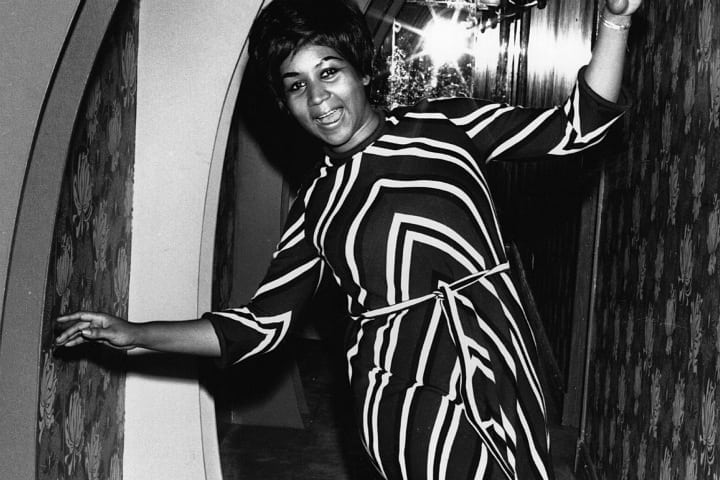 Throughout her career, Aretha Franklin proved herself to be an otherworldly singer, performer, artist.

So much that she has been honored many awards and nominations, including 18 Grammy Awards, 44 Grammy nominations and a Golden Globe (2007).

She also received a star on the Hollywood Walk of Fame and was inducted in the Rock & Roll Hall of Fame (1987), making her the first woman to join the ranks of Frank Sinatra and Elvis Presley.

17.) She Had Her First Child At The Age of Twelve 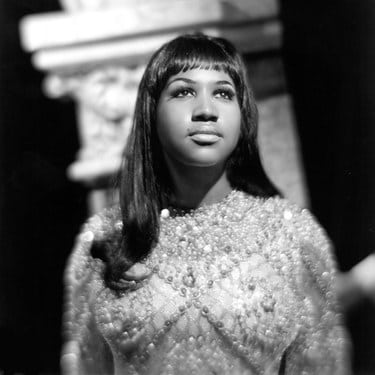 This one is quite a shocker. Aretha Franklin gave birth to four sons, with the first being born when Aretha was only 12. Her second child came in at 14, and her family played a key role in helping her raise the children while she was pursuing her career.

16.) She Married Her Manager At The Age of Nineteen 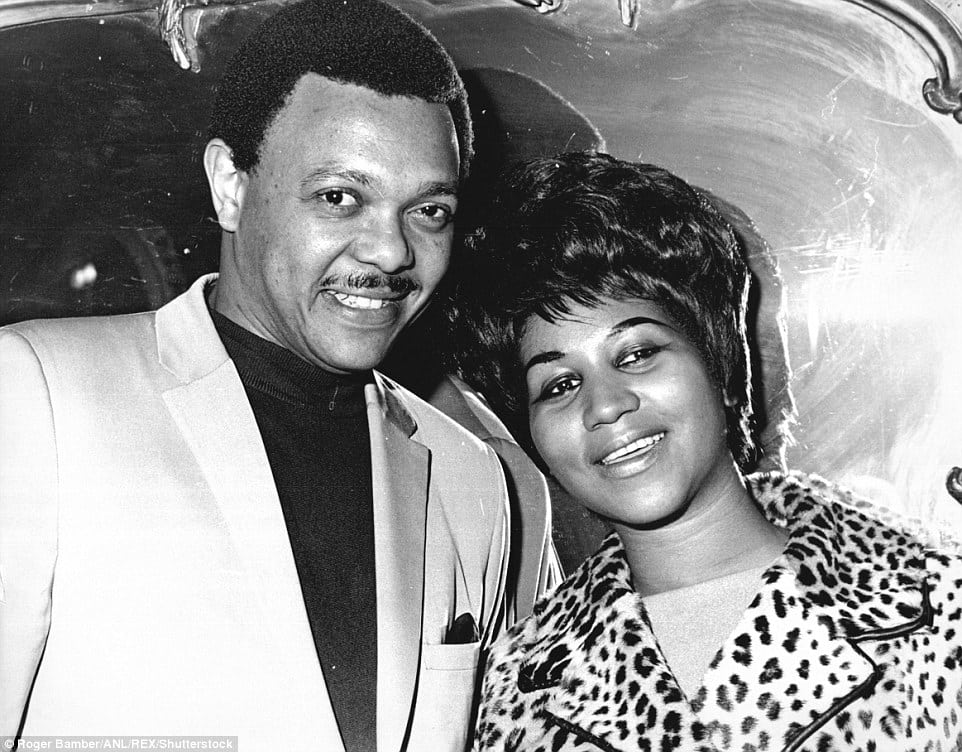 Her first marriage was to Theodore ‘Ted’ White, her manager, when the singer was 19. However, the singer was subjected to domestic violence and after 7 years they separated.Aretha Franklin was secretive about her life and didn’t reveal much about her relationships, but her fans presumed that the lyrics of 1967 classic ‘I Never Loved a Man The Way I Love You’ reflected the feelings of the singer towards her then-husband.

15.) She Released Her First Solo Album at Fourteen, at Her Father’s Church 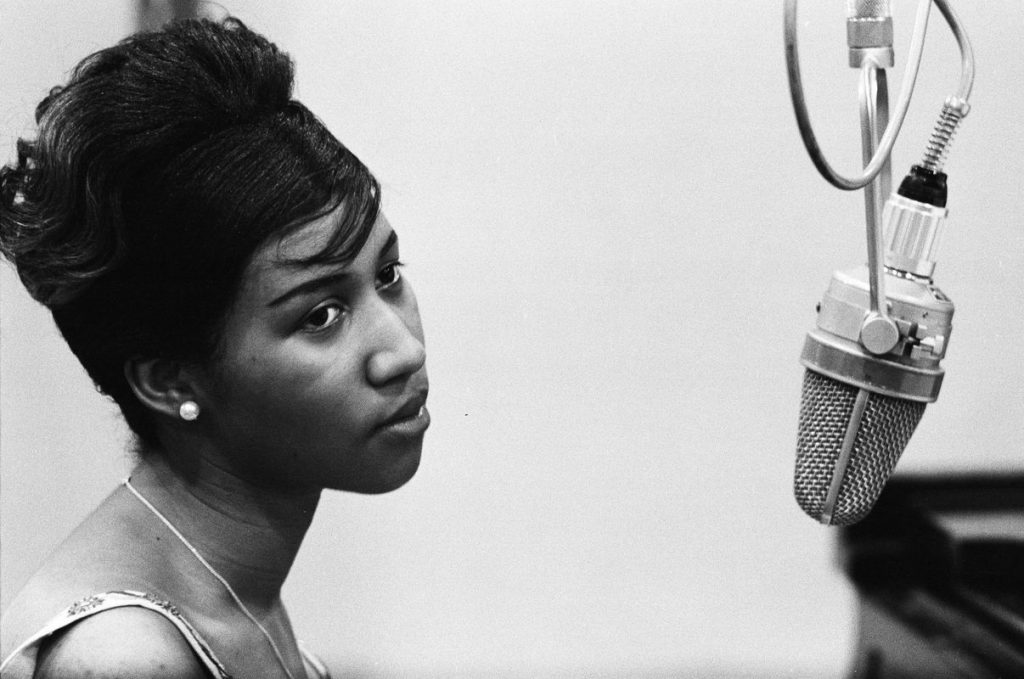 The Queen of Soul was a precocious child, as she sang solo for the first time at the age of 12.

Her father knew the extent of her musical gift and offered her her first audience at the Bethel Baptist Church in Detroit, Michigan, where he served as a minister at the time.

The first song she performed was “Jesus, Be a Fence Around Me,” and needless to say that all listeners knew right off the first notes that they were looking at a star in the making.

14.) She Was a High School Dropout Aretha Franklin dropped out of Northern High School in Detroit when she was 15 years old in order to care for her first-born son.

13.) She Went On a Tour With Martin Luther King 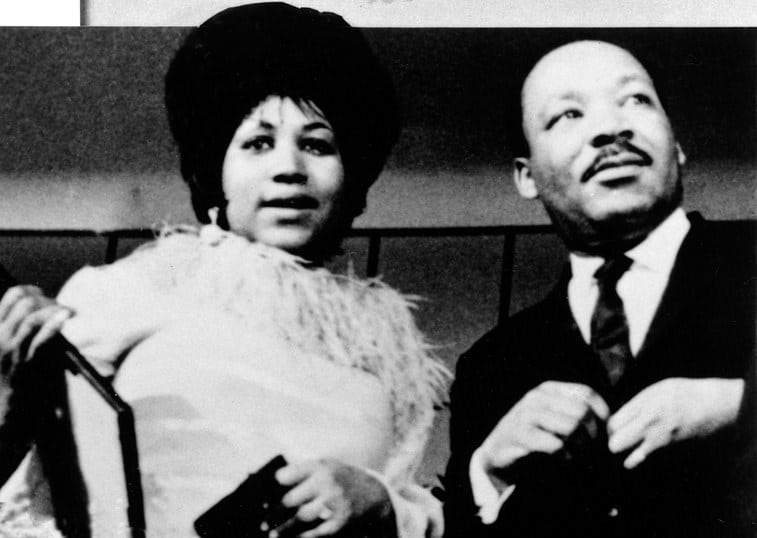 Aretha was surrounded by civil-rights activists throughout her life and fought fiercely for equality.

She also traveled the country with Martin Luther King on his voting rights campaign. She shared that the experience “forever changed” her life.

Her touching performance during the funeral of Martin Luther King remains one of her most remembered performances. When asked about autotune, the singer was a little bit confused, for the reason that she never needed it.

Indeed, Franklin could sing from G2 to E6, a singing prowess only a few can achieve.

11.) Her Switch to Atlantic Records Was The Key To Her Success 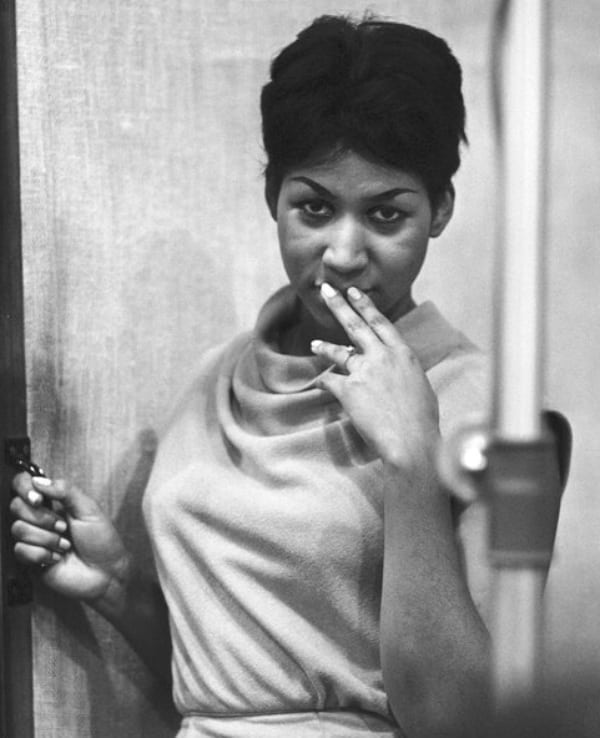 Aretha worked for six years with Columbia Records—the first label that ever signed her, she decided to join Atlantic Records, hoping to find more commercial success.

And indeed, her career skyrocketed. A year later, in 1967, she released “Respect.”

10.) The Hit Song “Respect” Is Actually a Revisited Cover 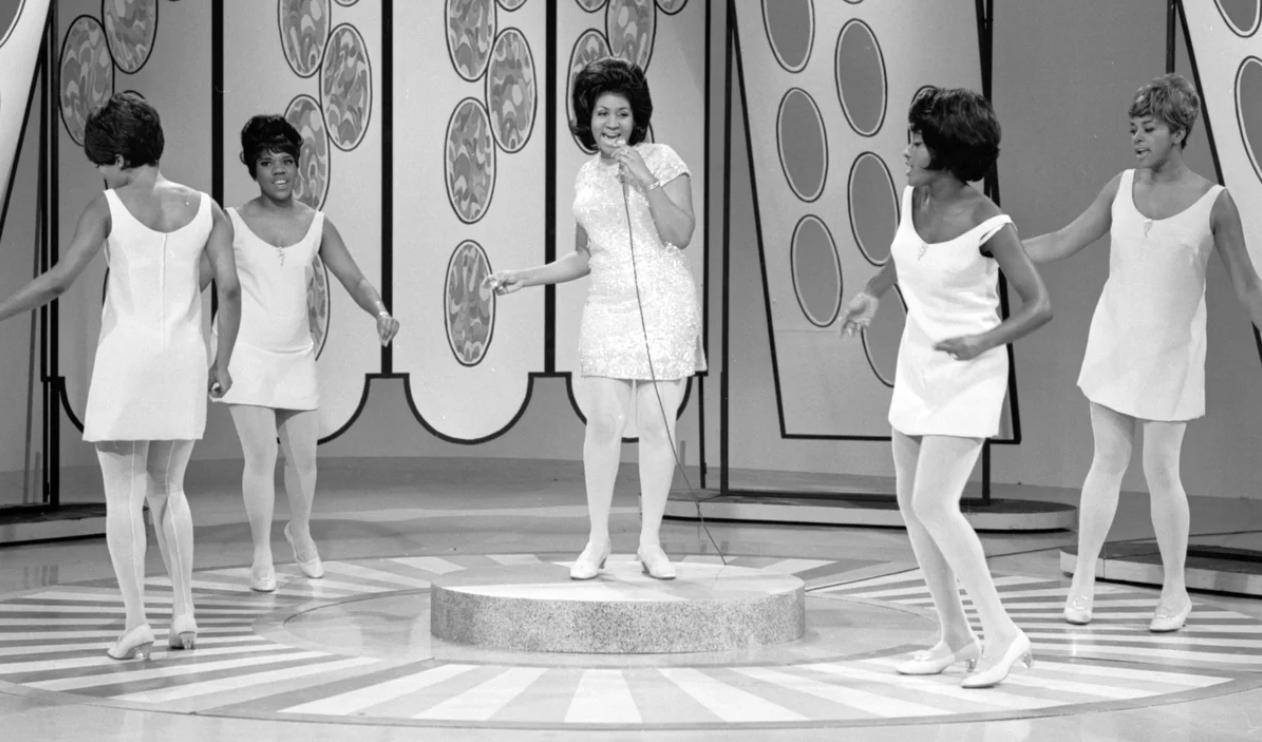 If you find yourself humming “R-E-S-P-E-C-T” under your breath, you’re probably a real Aretha Franklin fan!

Although, did you know that the song was originally written and performed by Otis Redding, two years before Aretha sang it.

However, the famous spelling of the song’s title and the phrase “sock it to me” were added by Aretha, helping it become the hit song everyone came to know and love.

9.) The Backup Singers of “Respect” Were Actually Aretha’s Sisters 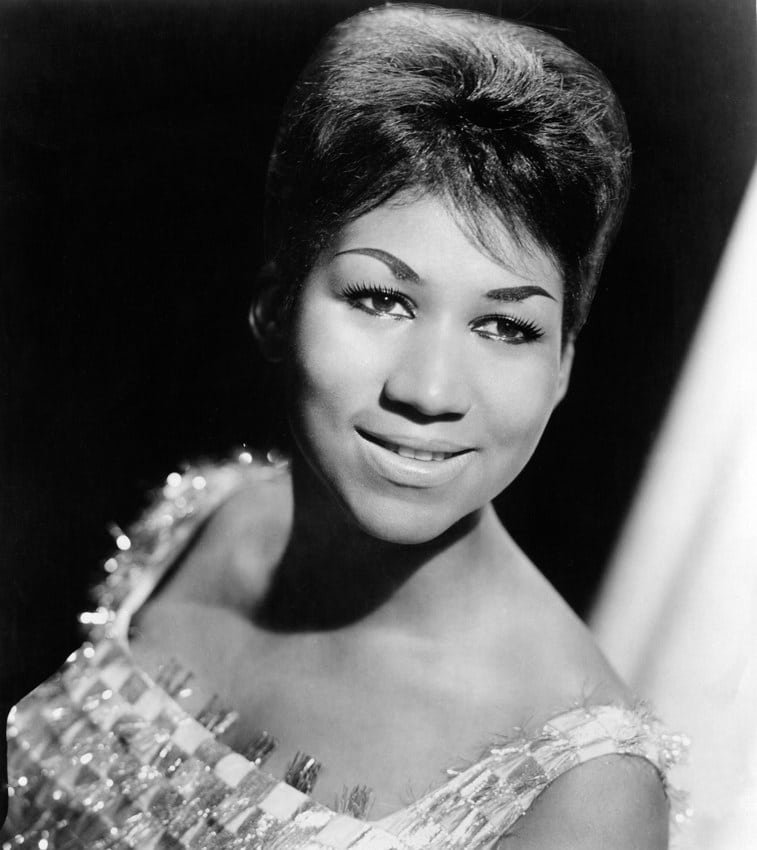 The famous “Sock it to me” line and the joyful “Oh” and “Just a little bit” bits are actually sung by Aretha’s sisters:Erma and Carolyn Franklin.

We can never say it enough, pure talent is running in that family. 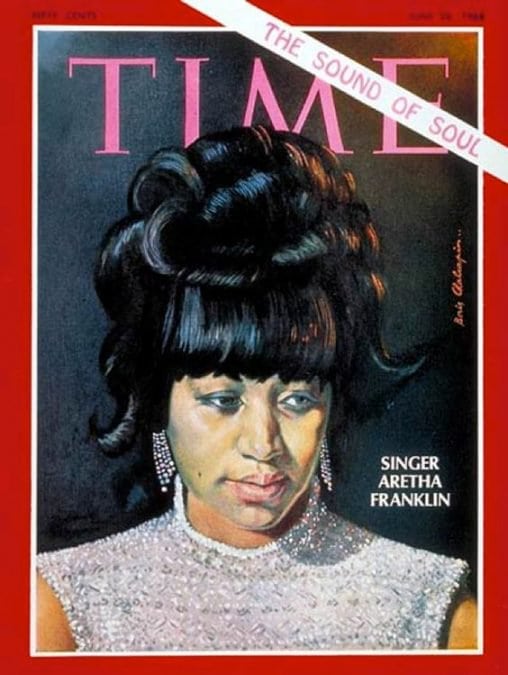 50 Years ago today, Aretha Franklin was on the cover of “Time” magazine, titled “The Sound of Soul.”

She was one of the wildly celebrated music stars in 1968 with her two albums “Lady Soul” and “Aretha Now”, that were respectively #2 on the album charts and #3 in the Top 40 Billboard hit singles.

7.) She Also Had Her Own Record Label 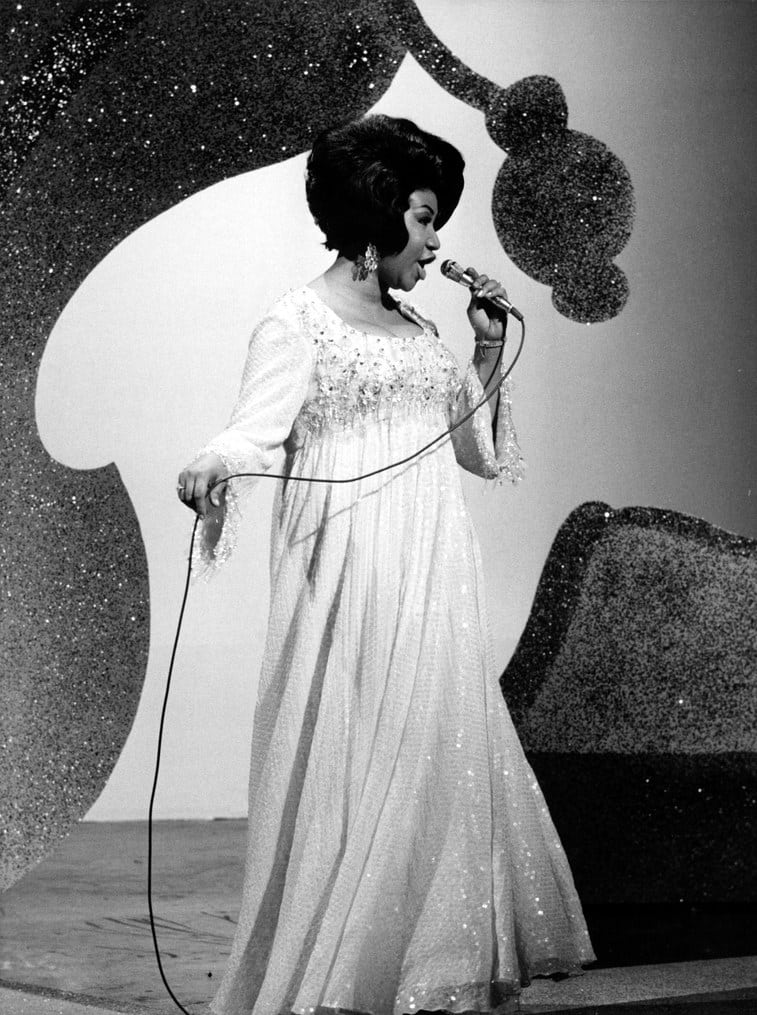 After Columbia, Atlantic, and Arista Records, it was time for Aretha Franklin to spread her own wings.

She created her own record label, Aretha’s Records, to be able to make her own musical choices and choose her songs freely.

6.) One of Aretha’s Biggest Fears Was Flying on a Plane 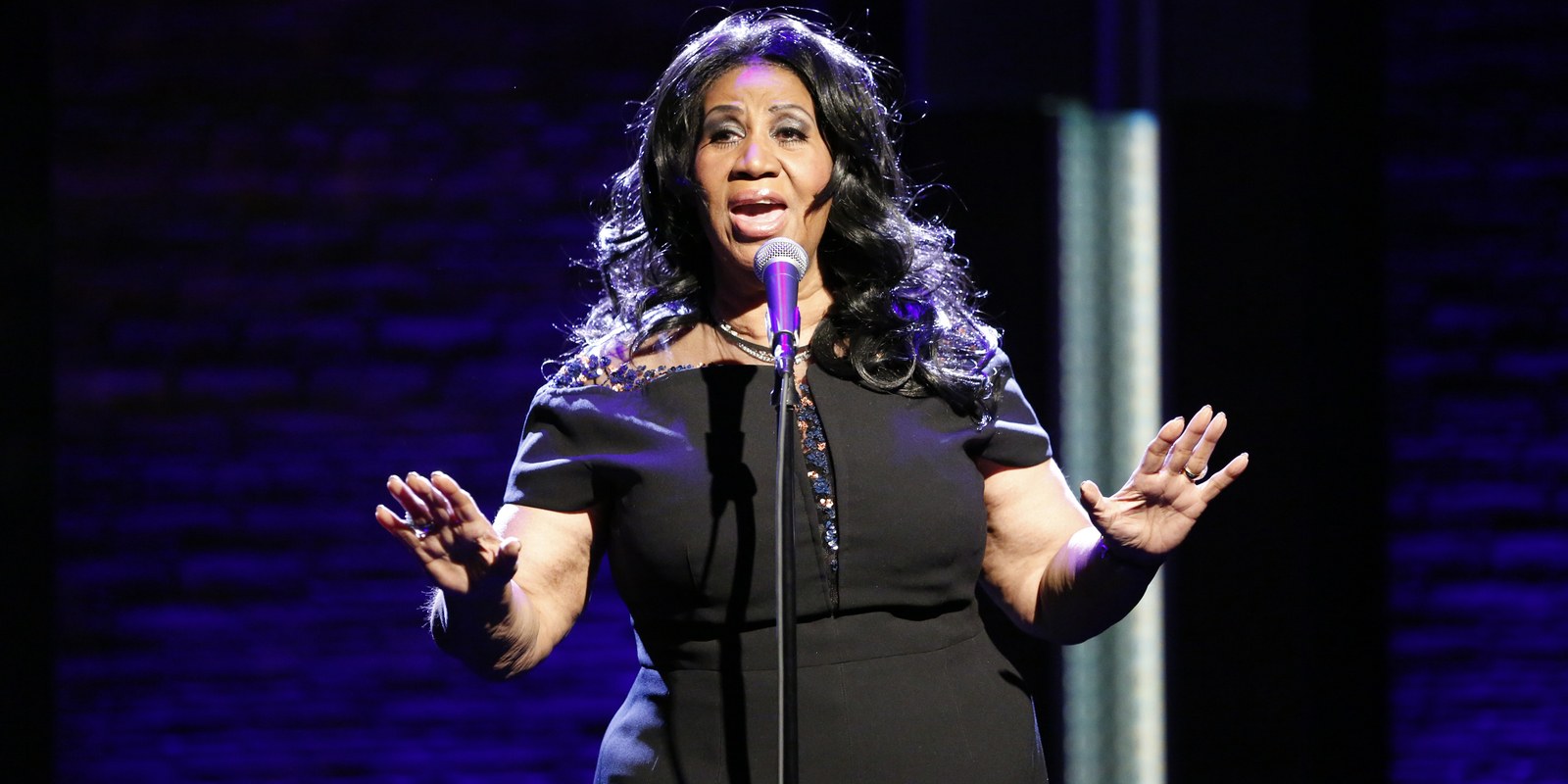 An artist as acclaimed as Aretha Franklin would have to be flying quite often to perform, right?

Well, not really, as the singer became quite afraid of traveling by air after a bumpy ride on a two-engine plane in 1982. 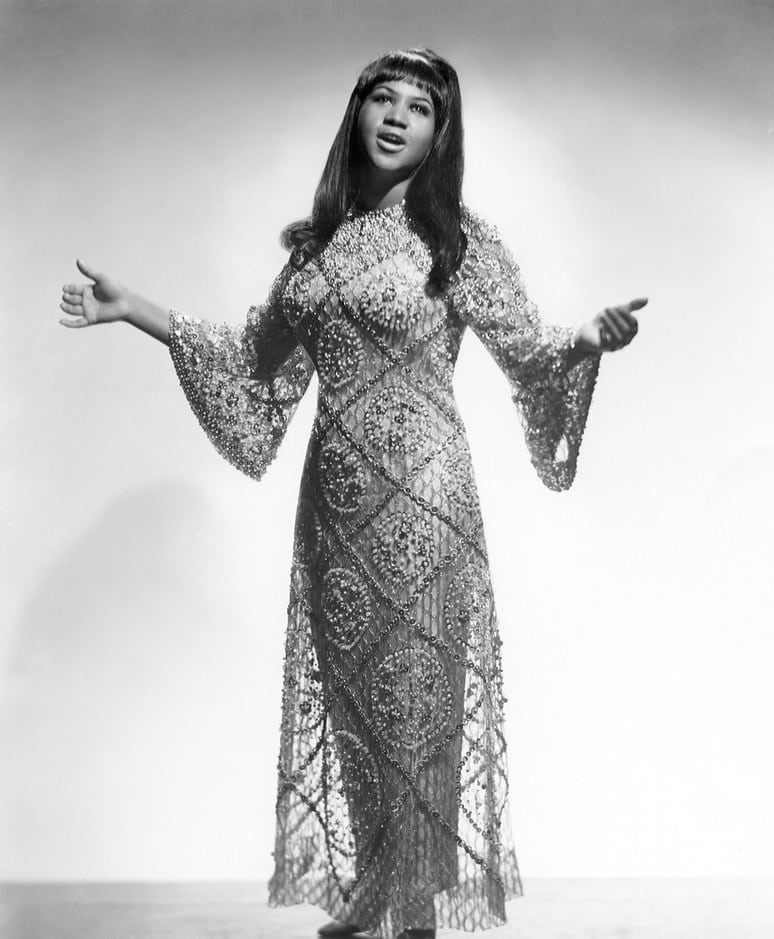 The huge success that was “I Never Loved a Man (The Way I Love You)” could have never happened.

When Aretha’s producer asked the studio owner to fire the trumpet player she was recording with, Ted White, Aretha’s husband tried to smooth things over. Unfortunately, this ended up making things worse.

The very next day, Aretha and Ted left “The Muscle Shoals Rhythm Section” in Alabama and finished the album in New York. 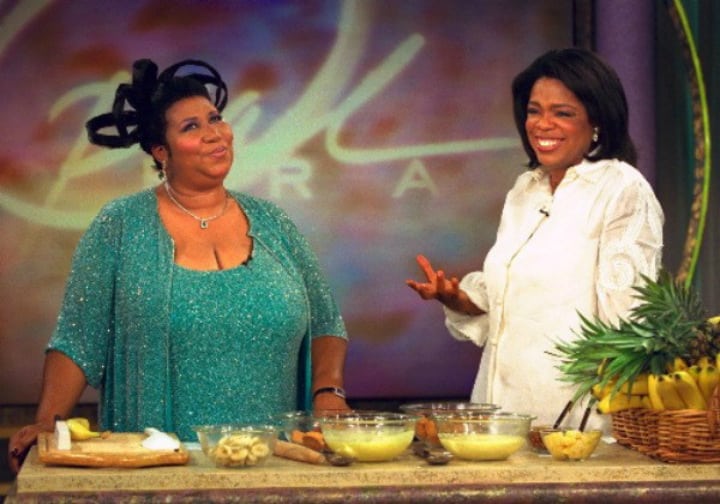 The Queen of Soul is also a chef at heart.

According to many mentions in her autobiography “Aretha: From The Roots,” she confessed that banana pudding is her favorite hearty soul food.

It was such a scrumptious meal that she even made it on the set of The OprahWinfrey Show in 1999. The best part? Everyone in the audience got to taste it!

3.) She Has Many Things to Her Name 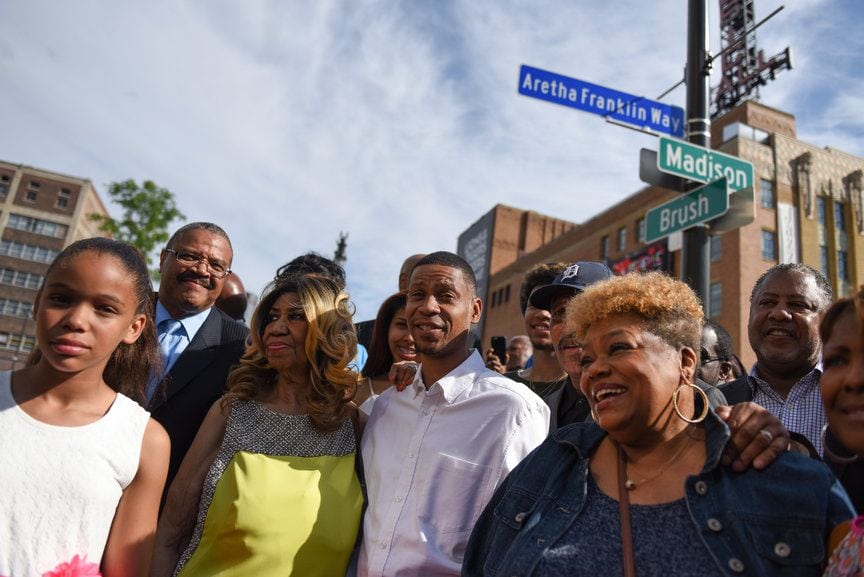 The star of soul earned her place in our calendars, but also in the skies. The singer had an asteroid named after her in 2014: the 249516 Aretha.

A few years later, it was the turn of the city of Detroit to pay their tribute to the soul singer. In 2017, the Aretha Franklin Way was inaugurated, between Brush and Witherell.

Now, that’s what it means to be a legend!

2.) Aretha Franklin Acted In One Movie 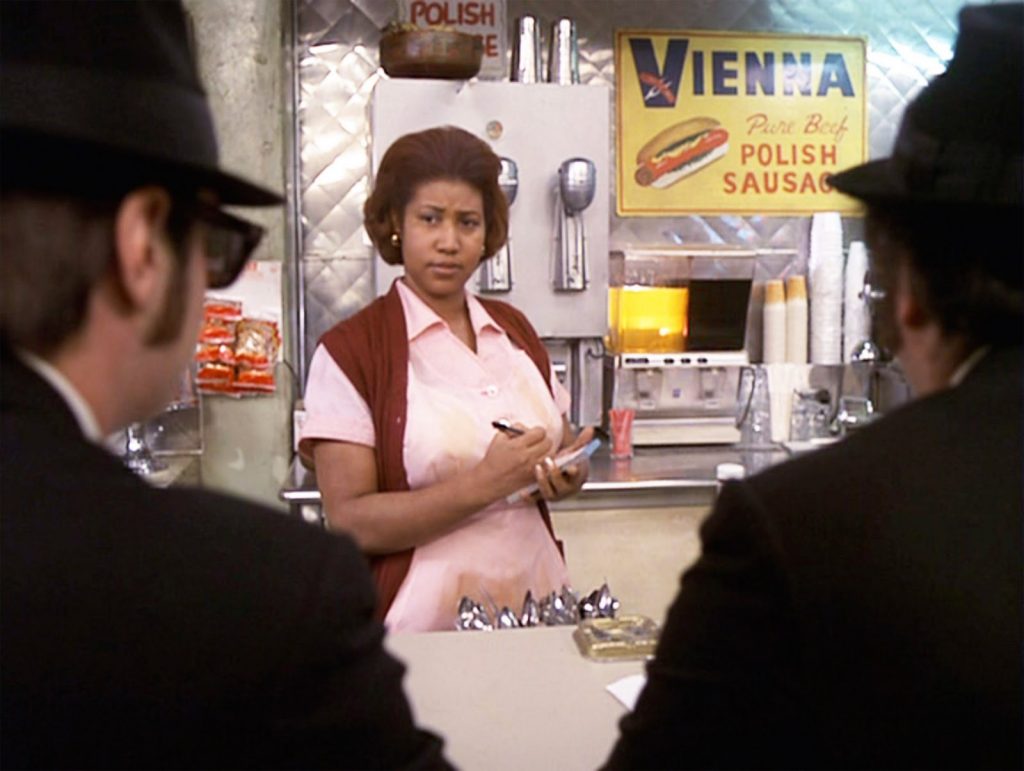 What’s the best plot the Queen of Soul can act in? The one involving the Soul Men! The movie was titled “The Blues Brothers” and she played the role of Mrs. Murphy, the wife of the Blue Brothers’ lead guitarist.

She also performed a longer version of “Think,” her hit song.

1.) She Sang In The Inaugurations of Three Presidents Yep, that’s how much she rocked.

First was during the night before Jimmy Cartner’s inauguration, at the Kennedy Center in 1977, where she beautifully performed “God Bless America.”

The second time was during the inauguration ceremony of Bill Clinton in 1993. She moved the audience with “Dreamed a Dream” from Les Misérables.

And the third time was during Barack Obama’s 2009 inauguration. Her song of choice was “My Country, ‘Tis of Thee.”

Aretha Franklin was a national treasure and a soul icon who knew how to transform pains and hardships into hopeful songs that moved a nation and will still impact generations to come. May her soul rest in peace. Is there any song from the Queen of Soul that you particularly like? Let us know in the comments!

15 Anthony Bourdain Quotes That Will Inspire Us Forever