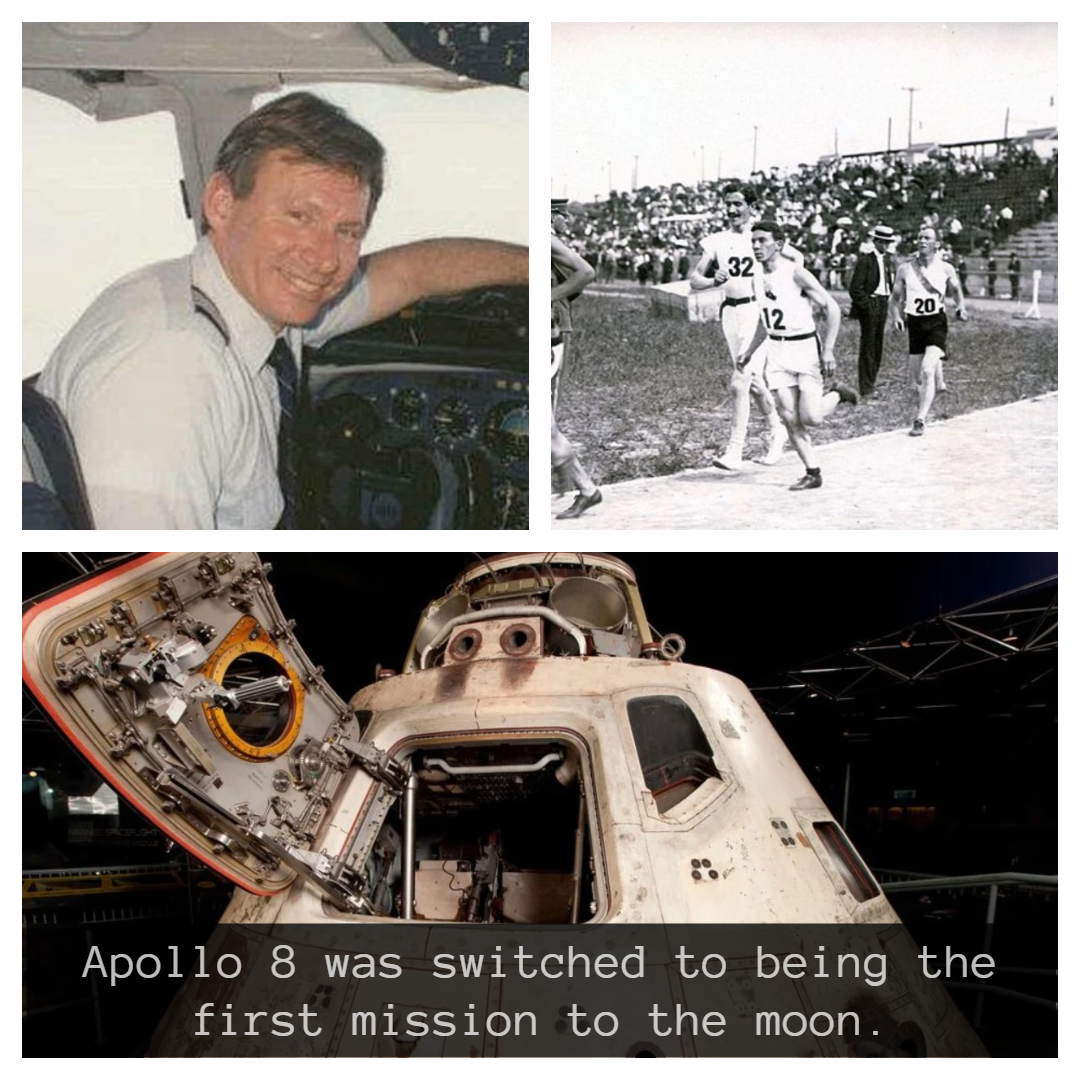 In recent years, plenty of great historic films have been made. Movies such as Spielberg’s Schindler’s List made sure that we would remember some of the most important historic events forever.

But it comes as no surprise that plenty of the most famous historic events have not yet made it to the big screen. According to Reddit, these are some historical events that need to be made into a movie for us and future generations to see.

Apollo 8. Basically, the mission was originally only supposed to be a test of the lunar module in earth orbit, but rumors were circulating that the Soviet Union was going to attempt to send a man into lunar orbit (spoiler: this was not happening). As a result, Apollo 8 was switched to being the first mission to the moon, not to land but to orbit.

And this decision was made only six months before the scheduled launch date, so it was a race to get everything ready before the flight. It’s a historical mission that is almost never talked about, compared with Apollo 11, which is much more well known.

Auburn Calloway was a Stanford graduate who loved his family but couldn’t afford to send his kids to college. He used his experience as a navy pilot and the location of Memphis to grab a job at FedEx.

He was frustrated at the fact his life amounted to only flying airplanes when he could have so much more potential. Calloway then devised a plan to die in a plane crash so that he could send his insurance money to his ex-wife so that his kids could go to college.

The story of the Pan Am flight that got caught in New Zealand at the start of WWII and couldn’t fly back home by going east because it was too dangerous. So instead, they took their flying boat and flew west on routes they had to figure out from maps pulled from borrowed encyclopedias, dodging the Japanese, and trying to find enough fuel to keep the plane going.

The whole thing took months, culminating in taking off from a river in the Congo and having to skim along through a canyon to build up speed since they were too heavy in order to even have a chance of crossing the Atlantic. The whole thing is tailor-made for TV or a Film.

Over half of the 32 entrants did not finish the marathon. The marathon’s first “winner” got his picture taken with the US President’s daughter. Then it turned out that he cheated by hitching a ride in a car. The second “winner” had been doped with rat poison and was carried over the finish line by his friends. If he hadn’t received immediate medical attention, he would have died on-site. Multiple runners, including the winners of the previous two years’ Boston Marathons, got lung injuries from dust kicked up by the race officials’ cars.

The fourth-place finisher got sick on the way, having stolen apples that turned out to be rotten from a nearby orchard. The ninth-place finisher might have placed better if he hadn’t been chased off course by wild dogs. One of the organizers believed that “purposeful dehydration” would help the runners and had deliberately limited the water sources available to the runners.

The Lioness of Brittany – a medieval woman who led brutal attacks by land and sea against the French king in vengeance for the execution of her husband. It could be a historically accurate representation of what happened.

It would even appeal to most people because it could be a really gritty action/thriller with lots of weather effects and big battlefield scenes.

The Niihau Incident. During the attack on Pearl Harbor, a Japanese Zero was damaged by anti-aircraft fire and crash-landed on the remote Hawaiian island of Niihau.

The battle of Castle Itter. One of the final battles of WWII involves a US tank division teaming up with Austrian resistance fighters, a German Army Major, and a high-ranking member of the SS to protect free high-ranking French prisoners from loyal Nazis in a medieval Austrian Castle.

Seriously it sounds like a random alt-history DLC from a Call of Duty game, but it actually happened. I know we have like 8 million WW2 movies, but how this hasn’t been made yet still boggles my mind.

The construction of the pyramids in Egypt (either Snefru, who built three pyramids during his lifetime, or his son Khufu who built the Great Pyramid). Anything related to Mesopotamia, like the rise of the Akkadian Empire or Babylon. I can’t recall any historical movie at all set in that location.

Epaminondas and the Theban hegemony. The conflict between Gaius Marius (Julius Caesar’s uncle) and Sulla. Mithridates. The Crisis of the 3rd Century in the Roman Century broke the empire into three states.

The Battle of Las Navas de Tolosa in the 13th century (a coalition of Spanish kings led by Richard the Lionheart’s brother-in-law defeated the radical Almohads, which basically was the turning point of the Reconquista). The defense of Cartagena de Indias by admiral Blas de Lezo in the 18th century.

Besides the Napoleonic era, I feel 19th century France has a lot of potential for historical movies due to how much stuff happened during that time period. If I had to pick one event in particular, it’d be between the birth of the 2nd republic to the 2nd empire.

The Haitian revolution would also be awesome. It’s tied directly to the various revolutionary and counter-revolutionary politics in France. Some of it is really interesting.

The Hartford Circus Fire would make a compelling story either as a movie or a special like Chernobyl. It killed 167 people and injured more than 700 in a place that was supposed to be full of happiness and joy.

This famous photograph of sad clown Emmet Kelly with a bucket of water became known as “The day the clowns cried.”

The Story Of Bass Reeves

The story of Bass Reeves. Easily the most badass wild west sheriff who was also black. Idris Elba, Jonathan Majors, or Denzel Washington would do a great job.

I think the new movie “The Harder They Fall” takes a couple of beats from his story, but just a replay of actual historical events of Reeves’ story akin to the way “Tombstone” was done would be fantastic.

Not sure about should be, but I’d like to see a movie based around the Piper Alpha disaster in the North sea. Deepwater Horizon has done such a good job at covering that particular story, so something similar would definitely be worth a watch.

My grandpa used to work out on rigs like Piper Alpha in the North Sea around that time, but he wasn’t on when the accident happened. According to my mum, he knew quite a few people who were there, and he never spoke about it after.

The rise of Cyrus the Great. He founded the first Persian Empire, freed the Jews from Babylon, abolished slavery, let the peoples of his empire keep their cultures and religions, and is the only Messiah in the Bible not to be of Abrahamic religion.

The whole King of King’s era is so fascinating. Dan Carlin’s Hardcore History podcast has an amazing 3 episode series about the region.

Richard Rescorla, the man who singlehandedly saved 2700 people in the South Tower during 9/11. A Vietnam vet, he was an adventure-seeker before settling down at Morgan Stanley’s WTC offices. He regularly held evacuation drills after predicting the previous explosives attack on the WTC, so he was prepared for 9/11.

He evacuated his entire office against protocol and saved everyone but himself – he went back up shortly before the towers collapsed in search of survivors. Can’t think of anyone better suited to play him than Tom Hanks. I hope this movie is made someday!