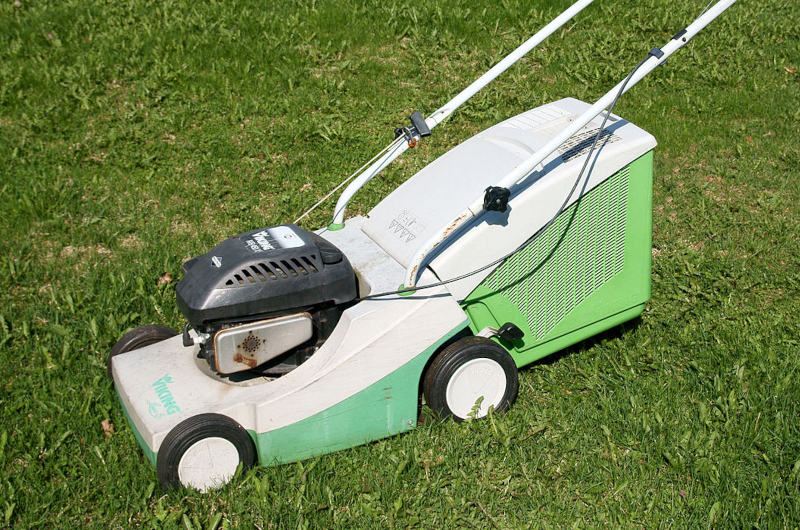 We have all had to deal with something as unpleasant as neighbors with annoying habits.

But some people choose to deal with these annoyances in some unique and hilarious ways! Today we will be looking at some of the best ones, and let’s just say, these solutions are guaranteed to make you laugh.

This particular house owner from Ohio lived a busy life. They barely had the time for housework, and even less for cleaning the outside of their home.

So when one nosey neighbor complained about the state of the outside of their home and said that all they needed was a little soap, this dad thought of the perfect solution. It was the perfect opportunity to teacher his children about science, but bubbling up their house turned out to blow up bigger than expected.

A family owned a plot of land just outside of London, and although they didn’t have anything built on this piece of land, it was still theirs. You can imagine why they would be upset when they discovered that the neighbors were dumping their trash onto their land.

So the husband and his friends made a day out of tossing their garbage back over to their side of the fence. The cops were called, but luckily, the dad had video evidence.

Everyone knows not to park in front of dumpsters, cart drop-offs, or construction slots.

But one selfish man didn’t follow this rule and decided that he would park on a space that was reserved for loading and unloading construction materials. But he learned the hard way that you should never mess with men who operate heavy machinery, because they are able to move road dividers around your car.

Another neighbor decided to kick up a fuss because of how this man kept his lawn.

So when she wouldn’t stop harassing him with notes, he did exactly what she asked, but at five in the morning. He used his weed-wacker too, making sure to spend as much time making noise to make sure ie was all up to her standards.

It’s important to remember that rules are put into place for a reason.

But sometimes, rules can be unseasonable . When one neighbor complained about the height of a woman’s fence, she cut it down by the required 2-feet. She then painted it the brightest colors she could find, because another rule stated that she could paint it however she wanted.

Melissa was done dealing with her neighbors constant partying.

They had started rolling a massive boulder from her front year to her driveway to fit more cars. But Melissa was a geologist with access to a loud jackhammer. She broke it down at 6 in the morning to teach them a valuable lesson.

After buying a brand new home, the couple were astonished to discover that their neighbors already hated them, despite never meeting before. Why did the neighbors hate them? Because they bought the house their friends lived in after a nasty divorce. They punished them by parking on their lawn, tossing garbage over the fence, and doing other annoying or outright mean things.

When the couple heard how proud the neighbor was of his lawn, the husband decided to sprinkled beef bouillon over the lush grass. As soon as it rained, every dog in the neighborhood shoed up to their lawn.

One grumpy neighbor demanded that the couple repair the shared fence, and they were not kind about their demand.

The the woman decided to ask the department if they had to fix it, and they said yes. But she also learned that she didn’t have to have a fence at all. So she had the wooden one torn down. When the neighbor asked when the new one would be coming in, she responded with. “Want a new one? Build it yourself.”

The music was so loud, no one could even tell where it was coming from.

So one neighbor figured out which apartment the loud music was coming from, and every time the music would begin to blare through the walls, the man would run down to the building’s breaker and switch the apartment’s power off.

One guy yelled at a woman for parking in the middle of the road. The woman’s boyfriend decided to get physical about the entire thing.

The daughter waited a few weeks, then filled the offender’s car locks with superglue.

The couple renting their Florida duplex had a next-door neighbor that was so bad, they were ready to move from their dream retirement spot.

However, when they found out that the landlord wanted to sell both slots, they bought up the other unit and then became the landlords. They said serving the papers was the best feeling in the world.

This guy’s trick was only possible because years ago, you could advertise your house in the classifieds as a personal sale without many pictures.

When one neighbor became a huge nightmare, the guy took a snapshot of the house and then put it in the paper for 75k under market value – including the phone number. All of a sudden, the unpleasant resident was swamped with phone calls.

One Reddit poster had another “lawn solution” in her arsenal.

She sprinkled instant mashed potatoes across her wicked neighbor’s lawn. When it rained, POOF! There were fluffy lumps everywhere.

It’s hard to imagine the cops not being able to do anything about a loud party at 3am.

So, the affected neighbor decided to do some “yard work” at 5am – with a chainsaw … with the muffler taken off so the noise was so bad he had to wear ear protection. Needless to say, the parties got quieter.

This guy’s house was situated on the corner of a T junction. For months, he had problems with neighbors cutting the corner, driving too fast, and ruining his lawn.

After one driver nearly hit his dog, he decided enough was enough. He bought two massive boulders and placed them on the corner. A few days later a neighbor totaled his car after driving into it. He has had no more problems since.

If you’ve ever been to a live music show or played music yourself, you may know how piercing the live feedback sound is when the sound equipment acts up. It usually causes everyone in the room to jump in fear and protect their ears.

When a neighbor refused to turn down their loud music, a musician got his revenge by creating feedback, turning it up loud before he left for an 8-hour shift at 5 am. Needless to say, they respected his wishes thereafter.

Did you know you can sign up any address to be a recipient of the Jehovah’s Witnesses to pop by to preach about their religion? Well, this gal did and she used that knowledge wisely.

Her neighbor was a bit of a bully and she couldn’t sit back and watch anymore. She decided to be the persecutor of karma and added their address to the Jehovah’s Witnesses call list every week!

Okay, this one is nothing short of genius! A rude neighbor refused to turn off their light at night which shines directly into a woman’s bedroom. After numerous failed attempts to have her neighbor turn it off, she grabbed a mirror and project.

She positioned the mirror so that the light reflected back into her rude neighbor’s bedroom window. He complained, after she told him it was his light, he huffed and puffed until he finally turned it off.

This dad had a neighbor who’d yell at his kids to “shut up” when they were outside playing. He was an overall bad neighbor. He noticed how he used to complain a lot about birds pooping on his car due to a tree nearby.

So, the offended dad snuck up the tree and unloaded a lot of berries. The neighbor’s car was COVERED in bird poop the next day.

Most of us have experienced how thin the walls are in apartment complexes. It can get pretty bad, especially when you have an inconsiderate couple next door as these people did.

When they asked their loud neighbors to turn down the music, they told them to mind their own business. Their response? They regurgitated their latest fight about infidelity and asked what was the recent development. They never heard from the couple again.

This woman lived next to a family that had teenage brats for a neighbor. They threw loud and messy parties almost every other night. Finally, she had enough.

After a long night of music and shouting, she went to the nearest trash can, sneaked into their garden, and planted trash everywhere, framing the teens perfectly. There were way fewer parties after that day.

This man’s neighbor’s kids had a mean habit of throwing bricks at his dog. He talked to their father about it many times and nothing changed.

He took matters into his own hands and covered his lawn with salt. He owned a lawn care company, so when people saw his lawn looking like a barren wasteland, he lost a lot of business.

For The Tech Savvy

This college student explains his revenge story hilariously, “In college, I lived across from a frat house that would let people park in our spaces.

The owner of this house had just moved in. There were quite a few renovations to do and he was just getting to know his neighbor. He quickly found out that his neighbor had strong ideas of what he wanted him to do with the house.

To mess with him, the owner said that he’d paint it blue. That enraged his neighbor, which sealed the deal. He went on to paint it blue. Luckily, after years of conflict, the pair are now good friends and laugh about it all the time.