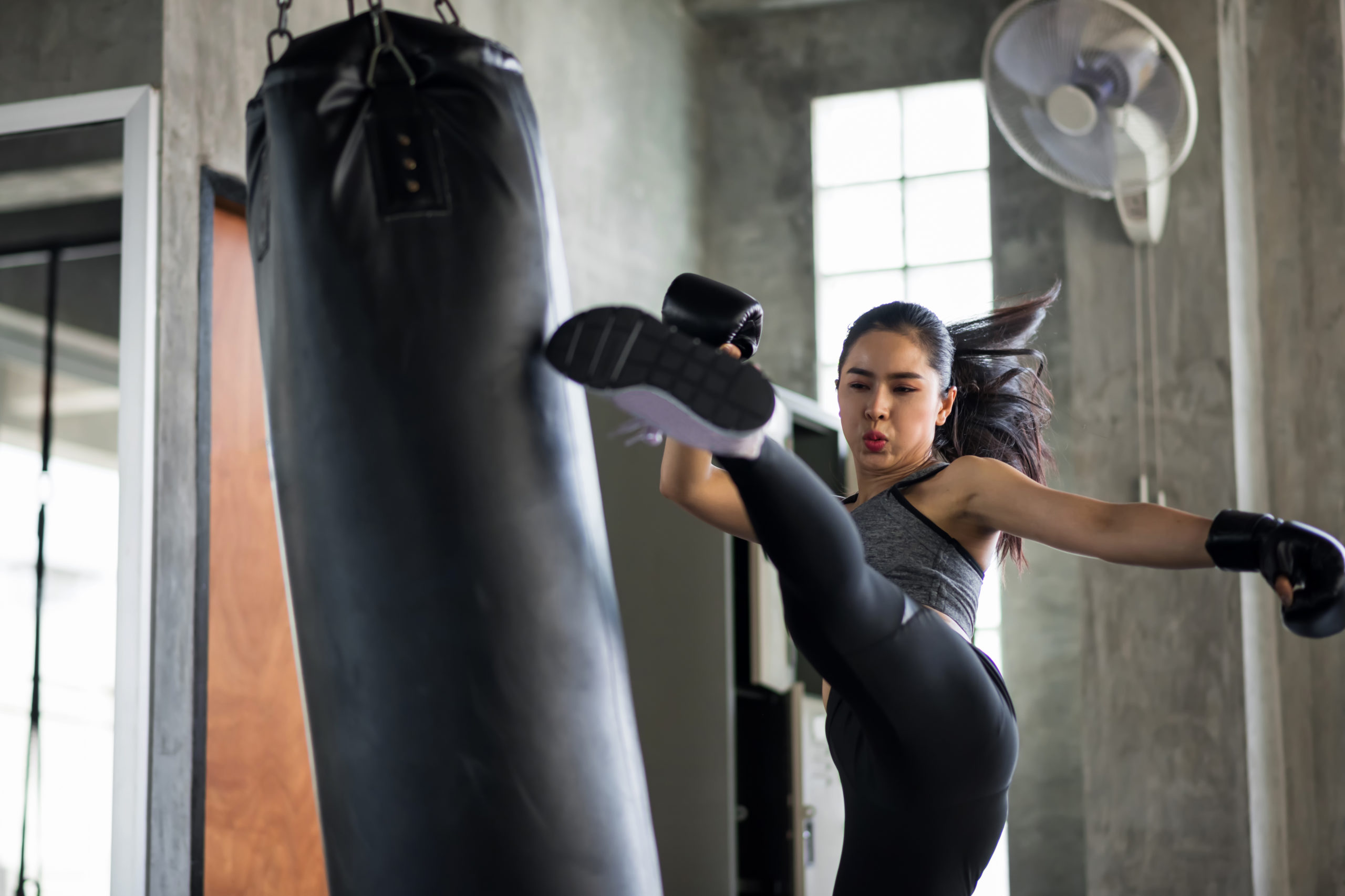 If you’re hoping that martial arts can help you to develop a healthier mind and body, then taekwondo may be a good choice. Like boxing and Muay Thai, it requires small but constant movement that is a great cardio workout even if you never throw a single punch. But assuming you do throw punches and kicks, they are likely to be high (kicking below the belt isn’t allowed in Taekwondo matches) and require flexibility and good balance. The style is slightly more rigid than Capoeira and helps to develop strong core muscles which can support your joints and lead to overall better health. Taekwondo trainers are also more likely than trainers of some of the other arts listed here to do meditation and discipline exercises as a way to help you improve your focus.

If you were the little girl who always dreamed of being a ballet dancer but now you’re the big girl who dreams of being a martial artist, this if for you. Capoeira is a Brazilian form of martial arts that slaves under Portuguese rule disguised using music and dance. It involves constant wide sweeping motions that can easily be transformed mid-motion into kicks, strikes or sweeps. These work particularly well for dodging and weaving away from attacks rather than trying to block or parry them. While the constant motion is great cardio exercise, the biggest advantages are the same ones that dancers have. The wide movements are good stretches and help improve flexibility balance and the need to work in tandem with your practice opponent help you develop a sense of rhythm. This may not be the best martial art for self defense in dark urban alleys but you’ll sure feel graceful doing it.

Muay Thai is also known as Thai Kickboxing but really any kind of kickboxing will do if you’re interested in working up a sweat and working off some pounds. If you’re looking to martial arts in the hopes of getting exercise and a good cardio workout then kickboxing is sure to keep you on your toes. Martial arts that focus more on ground fighting and grappling will have you doing your best to stay firmly balanced. You’ll work your muscles and will have to move fast, but they don’t require the same constant and sustained movement of boxing. While any form of boxing is good, kickboxing is even better and Muay Thai is the best. It addition to a wide variety of kicks and punches, it also uses knee and elbow strikes which actually not only means you’re getting better self-defense and fight training but also means you’re using a wider variety of muscles.

If you’re looking for something just a little bit more sporting, Brazilian JiuJitsu is a great option because it was developed specifically with smaller people in mind. It was originally adapted when MistuyoMaedan left Japan to teach Judo in Brazil. He passed on his lessons to a number of brothers by the name of Gracie. But the youngest brother was small and weaker than the others and so the group began to adapt the art so that he could hold his own. Thus this is also known as Gracie JiuJitsu. The goal is to allow a small or physically weaker person defend against a larger and stronger person using grabs, grappling, locks and chokeholds.

If you’re looking for a good self defense system, most people agree that this is the top choice. KravMaga was developed by a combat trainer for the Israeli army and is not a competition sport. In fact, there are no rituals or demonstration elements at all. The goal is simply to neutralize an attacker as fast as possible so that you can get away. KravMaga has no problem fighting dirty and teaches students to aim for the body’s most vulnerable spots like the eyes, throat and groin. It combines elements from other martial arts to fight off attacks from modern weapons like guns and baseball bats. These days, it’s commonly taught in law enforcement agencies. And if it’s good enough for them, it’s good enough for us.

At the end of the day, most martial arts can be adapted for your specific purpose. The most important thing is to find a martial arts studio or teacher who focuses on whatever it is that you want to learn. Within any one art there will be teachers who focus on the self defense principles, who see their jobs as sports trainers, or who just want to drill technique. Knowing what you want to get out of your martial arts training will help you find the right teacher for you no matter which art you choose.

Think we missed something? Let’s hear it!