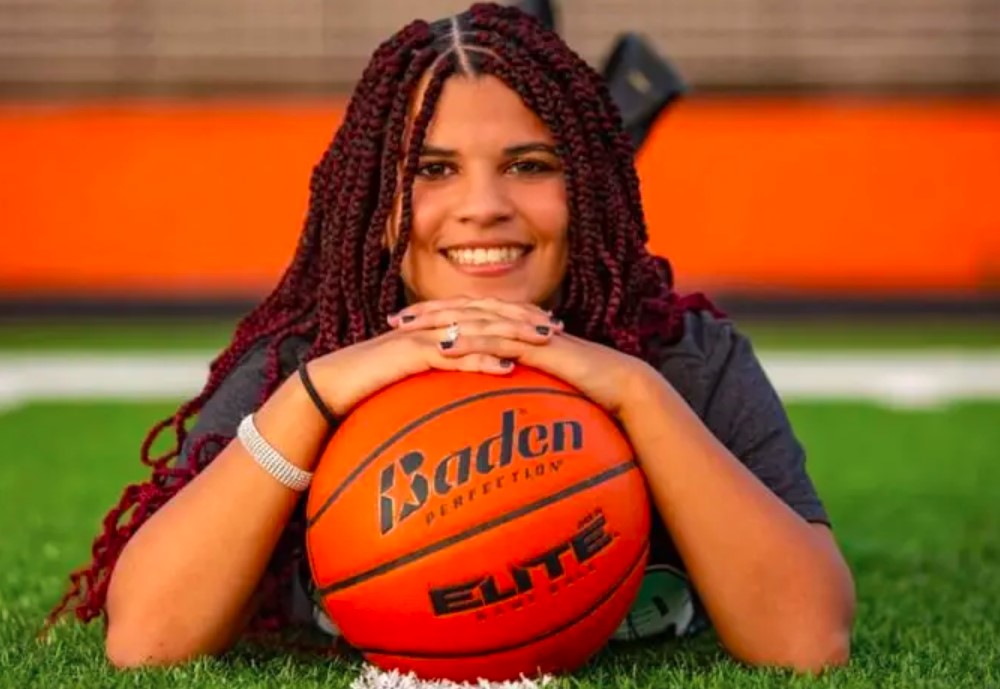 Her daughter didn’t deserve this, especially not after the tough time she had been through. She couldn’t hide her anger as her fists clenched into tight balls. She would make sure they regret their decision.

Kieana Hooper campaigned against discrimination all her life. She had been a witness to so much of it, she thought she had seen and heard it all at this point.

But that was when her daughter’s principal informed her that K.J. was banned from attending her own graduation ceremony. Kieana was beside herself with anger. How could they ban her? Why were they doing this? But she was a smart woman, she knew exactly why the school was doing this.

What’s The Fuss About

Her daughter, K.J., was horrified when her mother told her the news. Why on earth was she being singled out? Her situation wasn’t a unique one at this point, but it still embarrassed K.J.

She couldn’t see a problem with her new look. Why would they ban her because of this? What could all this fuss have been about?

K.J. was a student and a National Honor Society member at her high school, Gladewater High School. 2020 had been a rough year for her and she needed a break. In March, school had been closed because of the Coronavirus pandemic that was spreading through the entire world.

Her prom was canceled because of this too. But another blow was about to come her way.

K.J. couldn’t stand being locked up in her home. She wanted to see her friends and to go outside and walk around without the fear of getting sick with the virus. At least she still had her job at the car wash, that was the only thing keeping her sane at this time. She wanted to stay positive, so she decided she would spend this time trying to work towards something.

She spent weeks working 8-hour shifts at the carwash until she had enough money to treat herself.

K.J. knew what hairstyle she wanted for her senior photos and graduation ceremony. She wanted long, flowing, burgundy braids. She knew it would look good and make her feel better than ever. It was a great idea! So she did it! It took her stylist more than 10 hours to do, but eventually, it was done. K.J. was so happy with her new look. It suited her perfectly.

She couldn’t wait to show off at the graduation. She never expected the school to act the way they did.

The principal, Cathy Bedair, called her mom just four days before the ceremony When she informed Kieana that K.J. couldn’t participate, she was puzzled.

K.J. was an exemplary student. She had always gotten straight A’s! Why would she not be allowed to attend? When the principal told her way, she lost it.

Complied With The Rules

K.J.’s school didn’t have a specific uniform or hairstyle for their students. The only rule surrounding hair was that it should be “cleaned, trimmed from eyes and well-groomed” and “hair coloring shall resemble a natural color.”

K.J.’s hair complied with the rules, so why was it a problem?

Kieana tried to protest and defend her daughter, but the principal wouldn’t allow it. She cut her off halfway through her sentence, saying “K.J. would have to take the braids down.” if she wanted to attend the ceremony.

Something more must have been going on. K.J. had worn braids all year, why was it only a problem now?

Kieana couldn’t keep quiet any longer she knitted her eyebrows together, “No ma’am,” she spat into the phone, “there is no reason that she should have to hide or take her hair down when she’s worn her hair in braids throughout the school year.”

The principal was in the wrong, but that didn’t stop her. She was persistent. That was when she decided to come up with another excuse as to why K.J. wasn’t allowed to attend.

“K.J.’s hair is an unnatural color,” the principal snapped. But Kieana knew that wasn’t right either. Not satisfied with the principal’s answer, Kieana insisted that they tell her the real reason why her daughter was being singled out.

She had a suspicion, but in this day and age, she didn’t think that it couldn’t possibly be true. When Kieana told her story to the BLM protesters she knew personally, they were outraged.

“She’s saying my hair is a distraction. But from what?” K.J. said in an interview.

“Really, the whole thing is really dumb to me, to be honest. Why does it matter about my hair that I can’t walk across the stage? I’m not going to say, ‘oh, she’s racist,’ but people have been calling her racist. Even before this whole hair thing people were saying that.”

Not only was America dealing with the pandemic that year, but there were also waves of protests over racism and police brutality.

You’d think that a simple graduation ceremony would be just a formality for the high school students at Gladwell High. But now, they were pulling a stunt like this. Did the school want the negative attention?

What made the whole situation even more ludicrous was the fact that K.J. was a top student at Gladewater High. She hoped to graduate and then go on to help people by studying to be a nurse.

Not only was she awarded for her academic achievements by the National Honor Society, but she also received several scholarships. Surely the school had no reason to deny her entrance to her own graduation?

After the school informed K.J. that she wouldn’t be allowed to graduate unless she took her braids out, she worried about her dreams of becoming a nurse.

It seemed as if everything she had worked so hard for was in jeopardy, and for what? Just because she had changed her hair! It was outrageous. Should she suck it up and just comply?

“You’re basing a graduation and diploma on hair. Which is totally ridiculous with what’s going on in this world,” K.J.’s mother said. When she saw that the principal wasn’t going to budge, she decided to hire a lawyer to fight them.

The lawyer was also shocked at the principal’s behavior and tried to get the school to see some sense. But suddenly, the principal changed her tune.

The principal, who had also hired a lawyer, claimed that everything K.J. and her mother said was untrue.

The principal’s lawyer said that the principal had made no such demands that K.J. “take her braids down,” but rather, the issue lay in the fact that the braids were dyed a deep burgundy color. Kieana took great exception to this.

Kieana and K.J. insisted that that’s not what the principal had said. She was obviously changing her story and trying to cover herself.

Anyway, K.J. could still not understand why the school had such an issue with her hair color in the first place – especially when she was a top student. Surely they’d be proud to see her graduate?

After all the stress she had caused, the principal quickly backtracked and made a pathetic attempt at a compromise.

She said that K.J. could graduate at the ceremony on one condition: that she covered up her hair with a cap. But Kieana wasn’t prepared to accept that for her daughter either.

Kieana was incensed. Why should K.J. cover her beautiful hair up with a cap?

Her braids formed a part of her heritage and identity, and now the principal was making up new rules about what she could and couldn’t have right on the spot. Kieana wouldn’t budge on the issue. Something had to give.

With nothing more said about whether K.J. could graduate, the day finally arrived. K.J. and her mother arrived at the school, and K.J. wore her red braids proudly and made sure they were on full display.

Would they try to stop her now that she was here? Kieana hoped they tried. The fierce mom wasn’t going to stand for any of it.

Despite not wearing a cap or taking her braids out, nobody dared to try and stop K.J. from graduating that day. The school had crossed a line, and they wouldn’t dare try to enforce it.

It was absurd that the principal would be so petty about something as minor as the hairstyle of one of their top students – surely they had more important things to worry about?