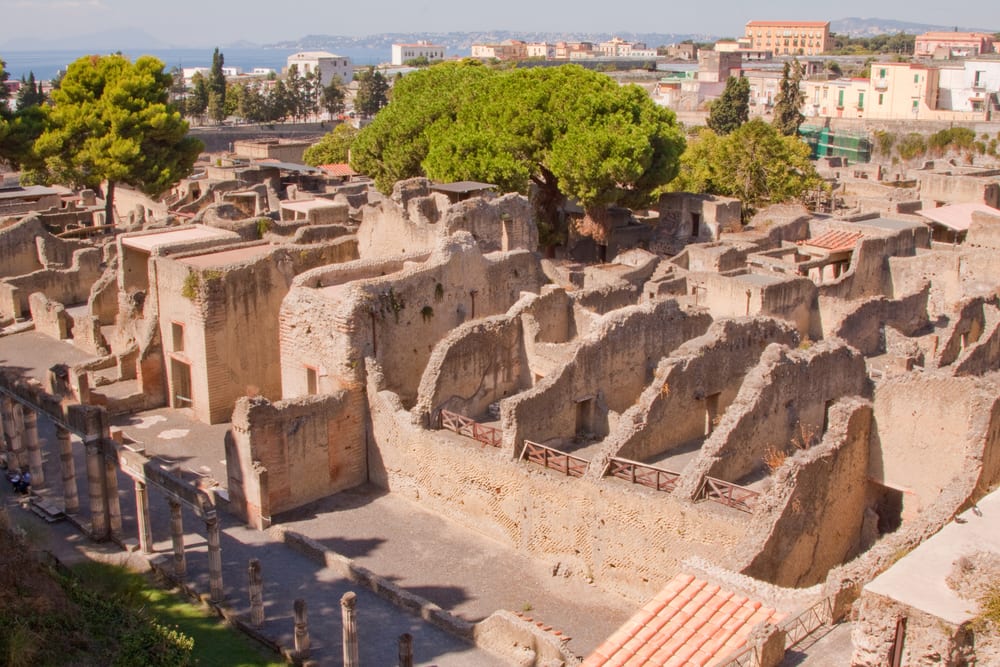 There is something eerie and disheartening, and yet fascinating, about ghost towns. Some of them are a deafening reminder that one’s destiny can change in the blink of an eye. Some of them prove that nature still has the upper-hand on our lives.

Whether these ghost towns housed big or small communities, whether they existed a few years or a few centuries ago, their effect is still present to this day.

Here are the 10 ghost towns that have been fascinating humanity for many years, their incredible stories will leave you gasping and asking for more.

The diamond fever of 1908 transformed the town of Kolmanskop into a booming city. The With people rushing to the Southern Namibian town in order to profit from this new wealth, many buildings were built in the span of two years. Residential buildings, a hospital, a school and even a casino, all were erected in what just a couple of years back a complete desert.

This good fortune didn’t last though. The First World War put a damp on the economy and demand for diamond decreased drastically, making the work of the diamond miners almost worthless.

The town had been deserted since the mid-1950s and the dunes took over its reigns.

Travel tip: Visit Kolmanskop by going through Luderitz, a neighboring town. You can find flights from Windhoek, the capital of Namibia, to Luderitz.

Extreme temperatures and a short-lived existence, this is how we can describe Pyramiden, a Norwegian town from the archipelago of Svalbard.

This coal-mining town was first founded by Sweden n 1910 then sold to the Soviet Union in 1927.

It had everything the settlement needed, including a bust of Lenin. However, and as many natural resources do, the mine was exhausted and the town deserted.

But not completely: we can still find the world’s northernmost piano that was left there when the town shut down completely in 1998.

Travel tip: You can visit this ghost town and enter its buildings (with permission only). To get there, take a boat trip from the city of Longyearbyen to Pyramiden.

Herculaneum’s story is pretty close to that of Pompeii, since they were both destroyed by the same eruption.

This wealthy coastal town was completely buried by Mount Vesuvius in the summer of the A.D. 79. Taking with it its 4,000-5,000 inhabitants at that time, it is today an incredible archeological site that fascinates anyone who visits it.

Travel tip: If you’re traveling alone, get to Ercolano (Herculaneum) by train. Take the line that goes from Naplesand goes to Sorrento (it also stops at Pompeii). Guided tours are also available to visit the place.

What was once home for a community of almost 10,000 inhabitants has been since the end of the Greco-Turkish war a ghost town.

After the war had ended in 1923, the Turkish village of Kayaköy had been emptied of its inhabitants in a population exchange to make sure each country had citizens of one religion. Today, the deserted ruins of the village are preserved as a historic site.

Travel tip: You can go trekking in the Fethiye Mountains and get a full view of the Kayaköy.

If you like the thrill of ghost stories, then Bhangarh might be a good destination for you. The story begins when the raja of Jaipur conquered Bhangarh in the 1720s.

As you can guess, the city was quickly deserted then. Its mysteries, however, are still a talk of the present.

Amongst the ruins can be found rests of temples, pavilions, a medieval bazaar, and most importantly: a fort.

The Bhangarh fort is considered the most haunted place in India and is thus on the bucket list of many.

Travel tip: You can take a day guided tour that will take you from Jaipur to Bhangarh Fort.

Ghost towns, mines, and railroads seem to be intertwined in more than one way. When the railroad that was connecting through St. Elmo, Colorado had been closed, the inhabitants of this mining town rode its last train and never looked back.

The city was in its prime in 1890 and had over 150 mine claims, five hotels, a newspaper office, a telegraph office, dance halls, … The 2,000 inhabitants that lived there left the buildings of the town intact when then deserted it.

Travel tip: you can go on a self-guided tour of “Colorado’s Most Original Ghost Town” and even go on a hike andoff-the-road ride in Gunnison National Forest, where the town is located.

Ghost towns with parallel activity claims might be frightening, but those with a proved tragic story are straight-off horrendous.

Home to almost 50,000 inhabitants, everything in Pripyat changed after the Chernobyl disaster.

The town had been hosting the workers of the Chernobyl Nuclear Power Plant who deserted it when the catastrophe happened. The site was practically a museum since things were left intact, however, the buildings were looted somewhere in the beginning of the 21st century.

Travel tip: You can take 12-hour long guided tours to Pripyat and Chernobyl and discover  the top secret military “Russian Woodpecker” of the Cold War era.

Namie, Futaba, Tomioka and Okuma are all towns located in the Fukushima prefecture.

After the deathly earthquake and tsunami —that consequently led to a nuclear disaster— that hit the Fukushima Daiichi Nuclear Power Plant in 2011, the whole region was completely transformed.

The authorities drew a 20-km exclusion zone that led to the evacuation of nearly 300,000 people.

Travel tip: There are 3 levels of zone restrictions when visiting the exclusion zone, even the former inhabitants of the cities are only allowed to go there for a few hours per month. In all cases, you cannot stay there overnight.

Buckle up, this story’s weird-factor is really high.

While some ghost towns had been deserted due to natural causes, wars, or nuclear disasters, Potosi is an exception.

In 1985, then president Carlos Andres Perez ordered the full evacuation of the city of 1,000 inhabitants. Why? To build a hydroelectric dam.

The town had been drowned and the only sign of its existence is the 26-meter church spire sticking out of the water.

Travel tip: Venezuelan droughts caused the water to recede and the town to be visible again. However, waters still submerge it when it rains.

Ten thousand people, that’s how many residents the city of Agdam, Azerbaijan had in the past.

During the Nagorno-Karabakh War, the city fell into the hands of the Armenian forces and chaos ensued. The city was so ruined that the inhabitants who fled to the east in 1993 couldn’t return to their city when it returned to Azerbaijani rule.

Travel tip: The area is guarded by military stops since it is still considered a war zone, so be careful when driving around.

Which one of these ghost towns would you like to visit first? Let us know in the comments! And if scary ghost towns aren’t your cup of tea, then how about discovering the happiest in the U.S.? Click next to know more about it!