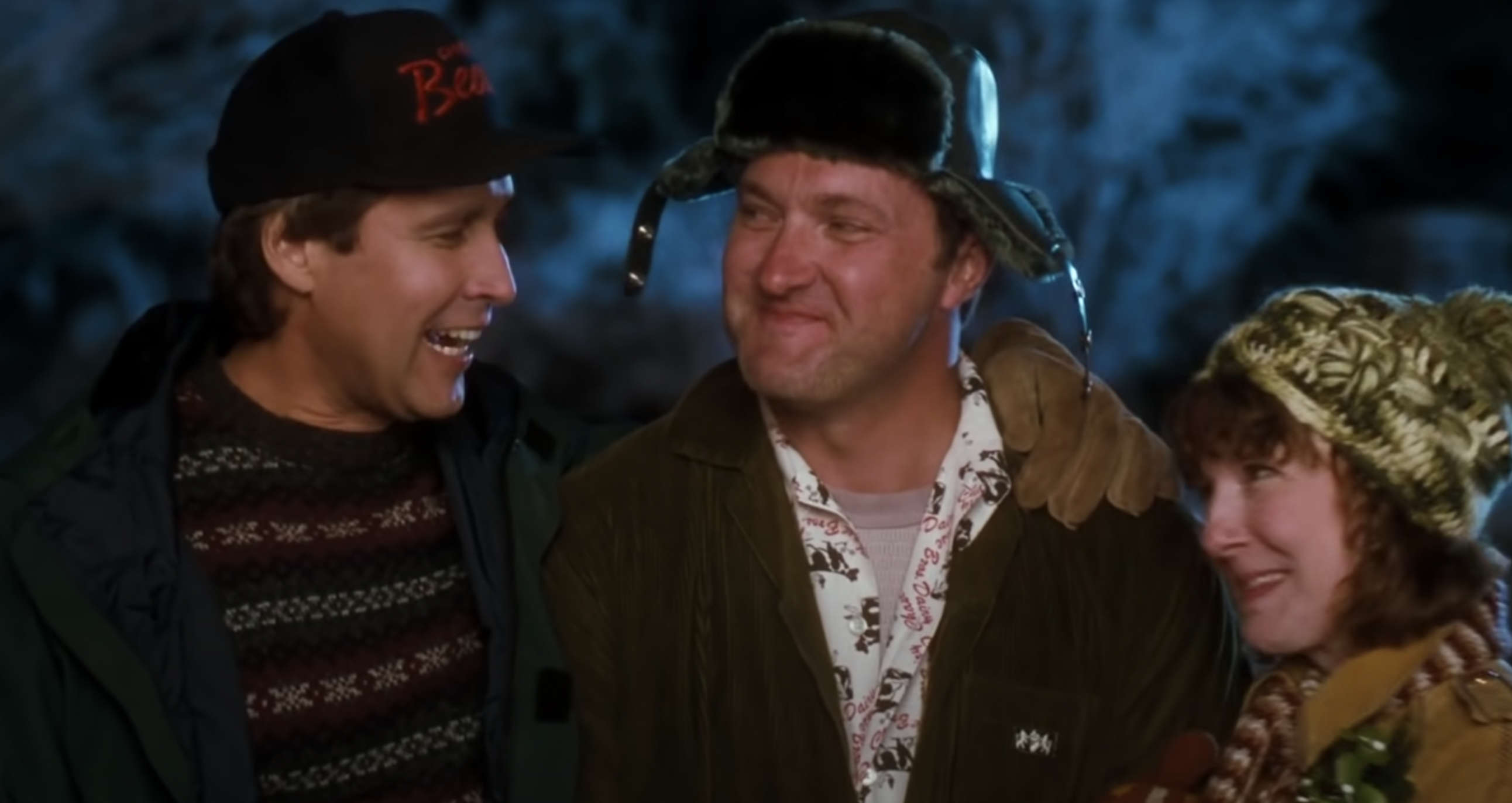 Sometimes it’s easy to forget that actors are humans too and can often make mistakes just like the rest of us. But when you’re famous, extra pressure is added to be perfect because all eyes are on you. Making the wrong decision can destroy their career instantly.

That’s exactly what happened to the actors on the following list. Let’s take a look at some actors who made decisions that destroyed their careers in a matter of moments.

Randy Quaid has been a famous actor for decades now. Known for appearing in gut-busting comedies such as the “National Lampoon’s Vacation” films and “Kingpin”. But he had also starred in a few critically acclaimed dramas like “Brokeback Mountain.” So what happened that made everything go so terribly wrong?

In September of 2009, Quaid and his wife, Evi, were arrested after they failed to pay a $10,000 hotel bill. After this, they were arrested again after they were found squatting in a home they no longer owned, they then skipped town and headed to Canada. Since the late 2000s, he has only starred in one film. He played a bizarre role in the 2018 indie film “All You Can Eat”.

You would think that when your resume features roles in “Ferris Bueller Day’s Off” and “Dirty Dancing,” you would be set to have an extremely successful career ahead of you. But in the early 90s, Jennifer Grey’s career began to slow down and she decided to get a nose job. After this operation, she was left nearly unrecognizable in a career where she once was recognized wherever she went.

She never managed to reach mega-star status after the 80s, but she found work on and off in the 2000s and beyond where she settled into a solid career as a character actor. She’s guest-starred on a lot of famous shows.

Wesley Snipes was at the peak of his career when he starred in “White Men Can’t Jump” and the Blade trilogy. But it all went downhill when he decided not to pay his taxes. It got so bad that he was jailed for these offenses.

After this, his career came to a sudden halt. He was locked up for years and by the time he was released, it seemed the world had forgotten about him.

In 2006, Michael Richards of “Seinfeld” found himself in a battle of wits with one of the members of his audience, during this battle, he made a split-second decision that immediately destroyed his career. After the man criticized him, Richards responded with a string of racial slurs and demanded that the African-American man be thrown out of the club, reports The Washington Post.

Richards left the stage without finishing his routine. After this, he appeared on the “Late Show with David Letterman” to apologize for what he had done. He told the world that he was “deeply sorry” about what happened and insisted that he was not racist. But this didn’t help him. After this, his career has been limited to the occasional token TV appearance.

Brendan Fraser became one of the most famous actors in the world after he starred as the swashbuckling Rick O’Connell in “The Mummy,” which was one of the first in a trilogy that ended up defining him. The franchise came to an unspectacular end in 2008, but Fraser struck gold when another one of his movies became an unexpected hit that same year.

But his relative disappearance and reemergence were because of a lengthy profile for GQ. He revealed that his career was on a downswing thanks to a combination of retreat and professional retaliation by the Hollywood Foreign Press Association.

Tila “Tequila” Nguyen is one of the earliest recognized social media celebrities. She was one of the most popular faces on MySpace but then she became one of the most unpopular personalities in recent history. She first appeared on the big screen in “I Now Pronounce You Chuck and Larry.” But her career came crashing down after bizarre posts were made on her website in which she sympathized with Adolf Hitler.

In 2015, she attempted to make a comeback when she appeared as a housemate on the U.K’s “Celebrity Big Brother.” But when showrunners learned of her past statements, she was quickly booted from the house.

She was later discharged from the Wonderland Center rehab facility in Los Angeles for undisclosed problems. Just two months later, she was arrested on the same charges, just days after another unsuccessful stint in rehab. Her career was pretty much over after this.

Pee-wee Herman was a huge name during the 80s. The bow-tied man-child was the subject of two feature films and an Emmy-winning children’s TV series. But the public perception of him changed suddenly in 1991. He was visiting his parents in Florida when he was arrested for indecent exposure at an adult movie theater. Shortly after this, Reubens vanished from the public eye and disappeared for the remainder of the 90s.

When he attempted to make a comeback, even more charges were brought his way. Another decade passed before he dared to return to the character, which he did successfully in 2016, starring in the critically acclaimed Netflix film “Pee-wee’s Big Holiday.”

Starring in “Casablanca” and “Gaslight”, Bergman appeared to be a typical woman of the time, happily married to her husband. While she was married to Peter Lindstrom, Bergman began an affair with her director on “Stromboli,” Roberto Rossellini. The two fell in love and when she fell pregnant with his child, she left Lindstrom and her first child to be with the Italian director. A woman publicly admitting to an affair caused an insane scandal at the time.

The fervor went all the way to Washington when Senator Edwin C. Johnson proposed a bill that made it so that movies would have to be approved based on the moral content of the film as well as the moral character of the people involved in filmmaking. Johnson said that Bergman “had perpetrated an assault upon the institution of marriage.” Bergman left the country for eight years and her status was permanently damaged, but she continued to make films.

The star of “The Amanda Show” and “She’s The Man” ran afoul like many child stars before her, but what truly destroyed her career was her Twitter meltdown in the weeks after her arrest. It was like a teenager getting fired from McDonald’s for tweeting how much they hated working there, only so much worse.

All this resulted in her being diagnosed with bipolar disorder, twice placed in a psychiatric facility, and her career being put on ice. According to People, as of summer 2021, she’s been laying low at the beach, finishing her degree, and apparently dabbling in rap music.

Paula Deen was once everyone’s favorite cooking show mom, a pleasant Southern lady who loved good food and wanted you to love it, too. This led to stints on shows like “Top Chef,” “MasterChef,” “Extreme Makeover: Home Edition,” and a role in an actual movie, “Elizabethtown.” But by 2012, the Deen empire had all but crumbled, thanks to its empress being pretty racist.

Once her statements were verified in district court, the Food Network reacted swiftly, refusing to renew her contract despite her multiple video apologies, reports People. Deen laid low for a while, banished from Food Network and resurfacing for a season of “Positively Paula” on the more obscure RFD-TV network, making the occasional appearance on “Fox and Friends” and “The Dr. Oz Show.”

In a career spanning the best part of 70 years, Robert Blake went from child star of MGM’s “Little Rascals” to The Mystery Man in David Lynch’s “Lost Highway,” the last character he played before his wife passed away in 2001. Three years after his arrest, Blake was acquitted. However, a civil court claim later found him guilty of “intentionally” causing Bakley’s passing and ordered him to pay $30 million to Bakley’s children.

Blake’s criminal trial was the nail in his career coffin. However, that didn’t stop the then-71-year-old actor from issuing a plea to producers in the aftermath. He proclaimed himself “broke” and announced himself available for work. Unsurprisingly, work never came.

Controversy has helped make Kathy Griffin famous. But then she went too far with a stunt that, depending on who you ask, was either a poorly presented joke or a violent threat to the life of a sitting president.

In May 2017, Griffin posted a picture of herself holding a Donald Trump mannequin head. According to her, she was mocking the latest of Trump’s remarks. Unfortunately for her, few saw it that way, least of all her employers. CNN quickly canned her from its New Year’s Eve broadcasts. The FBI even investigated her over the picture. Griffin apologized, saying the joke went too far.

Months later, she seemed less broken. In August 2017, she retracted her apology, reports the Los Angeles Times, saying the backlash had gone too far. According to her, not only did she lose her CNN gig, but her entire standup tour was canceled because most of the theaters got dangerous threats. She says her “little picture” cost her jobs, money, and close friendships, and she’s done apologizing for something everyone blew way out of proportion.

Playing Mikaela Banes in 2007’s “Transformers” made Megan Fox a star. Within a couple of years, she’d made the sequel “Transformers: Revenge of the Fallen,” the comedy “How to Lose Friends and Alienate People,” and the cult horror-comedy “Jennifer’s Body.” Despite comparing him to the mastermind of World War II, Michael Bay still hired Fox for “Transformers: Dark of the Moon.”

But, according to The Guardian, it was reportedly overruled by producer Steven Spielberg due to her remarks. In an interview with The Washington Post, Fox said she retreated from Hollywood to “escape” the misogyny and find her “purpose.”