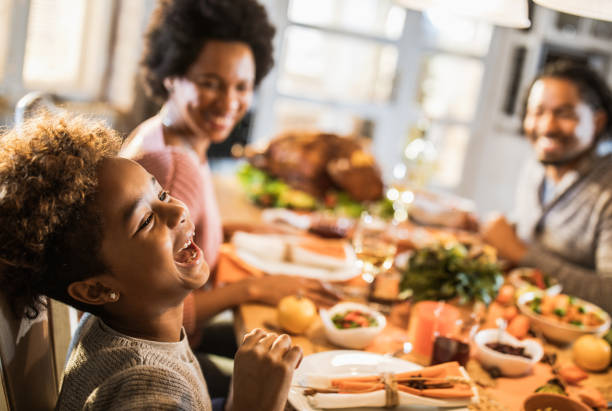 It was a regular Sunday afternoon after church, at least, that’s what it seemed like. But conflict was boiling just under the surface of peace and harmony. Her mother-in-law was anything but happy with what she had done.

When the tension finally boiled over, it turned into a huge family conflict. During all of it, one question wouldn’t leave her mind: all of this because of a hairstyle?

She looked down at her daughter’s head of hair, a large smile on her face. She was proud of the work she had done and her daughter seemed as delighted as she was. She couldn’t stop showing it off at school and telling her friends about it.

But someone had a problem with the new hairstyle: her mother-in-law. She found it offensive. She wanted her to give her daughter a different hairstyle, otherwise, there would be consequences. She decided to turn to the internet to get a second opinion, but she was baffled by the responses.

Issy shared her story on Reddit, asking other users what their opinion was on the matter.

It wasn’t like she was trying to be insensitive. She only had good intentions and she couldn’t understand how something as innocent as her daughter’s hairstyle could cause this kind of backlash. She was surprised by the hostility that came along with it.

Oftentimes, “cultural appropriation” is a hot topic of debate on social media. Many people perceive it as offensive, disrespectful, and even insulting when elements of a certain culture are used by other cultures.

An example is when a white person wears traditional Indian dresses just because they think it looks good, even if they themselves are not Indian. But there’s more to it.

Perhaps you have your own view on the matter. But it isn’t uncommon for people to have strong opinions on this issue. Sometimes it can be an object of heated debates on the Internet and in real life.

One of the most common topics that are argued about is black hairstyles and whether white people are allowed to sport them. This is what caused a quarrel within Issy’s family.

Issy was a mom to two, beautiful daughters. One of them, Nia, was biracial. She was the daughter of Issy’s partner, an African-American man. Her other daughter, Rachel, was from a previous marriage and she was white.

The two girls were in a similar age range and they had always gotten along wonderfully. It was like they were soulmates. They loved each other more than they could express. But soon enough, they were at the center of some nasty disagreements.

While she was pregnant with Nia, Issy wondered what it would be like to raise a biracial child. She would often turn to her mother-in-law for advice. One important thing that she taught her was how to take care of textured hair.

Because of this, Issy found a new passion: she learned how to do all kinds of hairstyles. While Nia grew up, she often practiced and experimented with new hairstyles. The little girl loved it whenever Issy styled her hair. She was so excited to see what it would look like. But she wasn’t the only one.

She Liked It Too

Rachel also liked it when her mom would take care of her hair. But given her straight hair, she didn’t have as many options as Nia.

But one ordinary day, Issy styled Nia’s hair in a way that made a great impression on Rachel. She liked it so much that she asked her mother to style her hair in the same way.

When Rachel saw the box braids Issy had done on Nia’s hair, she begged and pleaded that her mom do the same with her hair. Issy was worried that it would damage Rachel’s hair.

After doing a bit of research, Issy found the right way to do it, and soon enough, both girls were wearing matching hairstyles. They both adored what their mother had done with their hair. They went to school and flaunted the style to all of their friends, but some people had a problem with it.

It was one Sunday afternoon, right after church. The whole family had gotten together for lunch at Issy’s house. The children were playing while the adults cooked and prepared the table. Everyone seemed to be having a wonderful time.

But as Issy was cooking, her mother-in-law approached her with concern evident on her face. What was wrong?

When the first words came out of her mother-in-law’s mouth, there was nothing in the world that could have prepared Issy for that.

At first, she thought that something concerning or alarming had happened. But when she heard what her mother-in-law had to say, she couldn’t help but feel bewildered. This is how she recounted it on her Reddit post:

“In front of everyone, she basically told me that I needed to undo my daughter’s braids because it was offensive and upsetting to her. She said she hadn’t taught me to braid for me to give her culture away to a white child and asked how I thought it was appropriate.”

“She told me that I needed to teach Rachel now what was and was not appropriate and that when Nia grew up, she wouldn’t have a sense of culture because she had to share it.” And that wasn’t all.

Issy’s mother-in-law also threatened her with some consequences if she didn’t do what she told her. In Issy’s own words, “she told me if I didn’t fix Rachel’s hair, she’d leave and not ever come back.”

The first person Issy told about the issue was her own husband, her mother-in-law’s son. He thought her mother was blowing things out of proportion, but he suggested changing Rachel’s hairstyle to avoid conflict. Then, Issy went on Reddit and asked people for their opinions. ANd this is what they said:

“These are kids with no concept of appropriation or hatred. Your MIL is the one who is trying to introduce that to them before the world even has a chance to harden their hearts. Intent is everything, and there’s no malice here to poison said intent,” said one user.

“They’re children. It’s hair. Your MIL was the AH & should apologize. Honestly, I would be leery to have her around my children for fear she would treat them differently,” said another. However, other users were siding with Issy’s mother-in-law.

As of today, we don’t know if Issy and her mother-in-law have reached an agreement about the issue. But according to Issy, “She has been causing a fuss since then. Also, my husband and some of my in-laws have been after me for making her leave our dinner.”

Hopefully, they will end up getting over this conflict and reconciling. But what do you think about it? Do you think Issy is in the right here, or does her mother-in-law have a point?