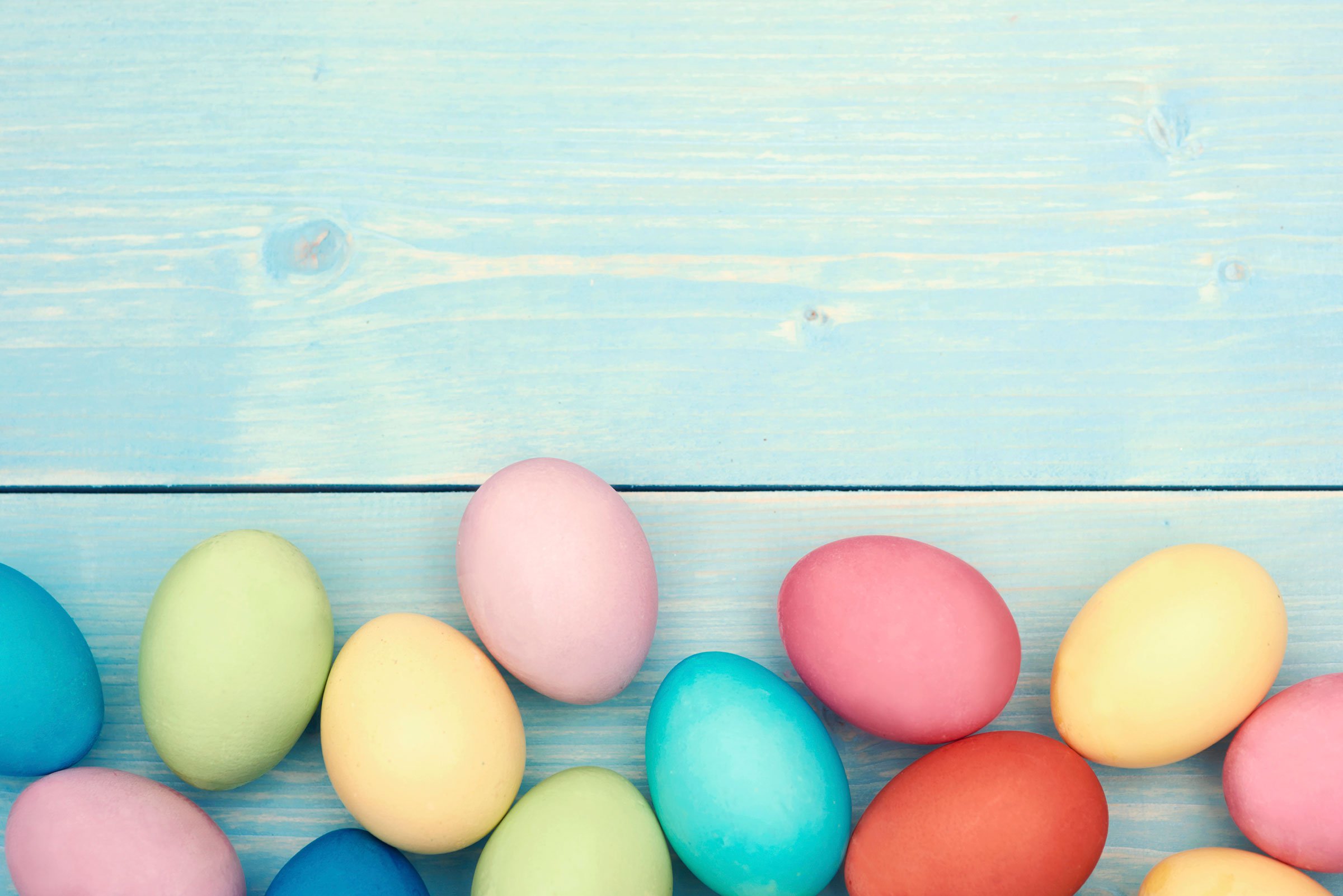 Did you take our Easter quiz? It certainly stumped us, which is why we decided to learn some more fun Easter facts. When we think of Easter, of course, we think about the resurrection of Jesus, but we also think of chocolate bunnies, jelly beans, painted eggs and, of course, creepy Easter Bunny photos. But there’s so much more to the holiday that we never knew (or, we forgot).

Here a few important Easter facts – as well as a few fun and random ones – that you may or may not have known.

The Resurrection, for Christian, is the definitive proof of Jesus’ divine authority and gives them confidence that they will one day join Him in heaven.

This is the most important Easter facts and one we hope everyone already knew.

14.) Does Everyone Celebrate Easter On the Same Date?

No.  Easter, today, is mostly celebrated on the same day around the Western world: the Sunday on or after the first full moon of Spring. This was made done to link the day to Passover. But, when the Roman Catholic Church changed from the Julian calendar to the Gregorian calendar in 1582, the Eastern Orthodox refused to join them.  Still today, the Eastern Church uses the Julian Calendar and has a different Easter Sunday to most other Christians.

Good Friday is the Friday before Easter Sunday. It is the day Christians commemorate the Passion and the crucifixion of Jesus.  Good Friday is regarded as a day of mourning among Christians.  A special church service is held on Good Friday, very different from a normal daily mass.

12.) Where Does The Word Easter Come From?

English and German linguist suggest that the word Easter originates from Eastre, the Anglo-Saxon goddess. But the majority of languages refer to the Sunday from the word Pesach, meaning passover.  The Easter celebration is based around the Jewish Passover, which Jesus celebrates with his apostles on Holy Thursday, known as The Last Supper.

More important than the question of how the word Easter originated is what it celebrates.  There are writings as far back as 50 years after Jesus resurrection of the early church celebrating Easter or Pesach.

11.) How Did Eggs Come To Symbolize Easter?

The notion of giving eggs is considered a symbol of rebirth in many cultures, and symbolic of life and life’s beginnings. In most of Christian history, eggs were part of the Lenten fast.  Even though Christian were abstaining from eggs, the hens were still laying them.  So once the fast was over, eggs were often one of the first foods eaten after Lent.

Dying eggs and giving them as gifts dates back to early Greek and Syrian Christians, who dyed eggs red to represent the blood of Christ. Yet another of the many Easter facts unbeknownst to many!

While the Greeks and Syrians dyed eggs reds, the art of painting eggs originated in Ukraine and is called pysanka. It involves using wax and dyes to color the egg. It wasn’t until Ukrainian immigrants came to the U.S. that the colorful custom caught on.

9.) Are Fabergé Eggs Related To Easter?

Yes! Most people are familiar with these bejeweled masterpieces, but not many know that these gems are actually related to Easter!

In 1885 in Russia, Tsar Alexander III was looking for a special Easter/anniversary gift for his wife, Maria Feodorovna. He spoke with jeweler Peter Carl Fabergé, who created the first Fabergé egg: a white enameled gold egg that opened to reveal a gold yolk with a small gold hen with ruby eyes.

8.) How Large Was The Biggest Chocolate Easter Egg?

Here’s one of our candy-related Easter facts for all you chocolate lovers: The largest chocolate Easter egg on record was nearly 36 feet tall! It was made in Italy in 2011. At 35.7 feet tall, it weighed a shocking 15,873 pounds. That’s a lot of chocolate!

Peeps! Americans buy more than 700 million Peeps at Easter time. Next to Halloween, Easter is the biggest candy-consuming holiday of the year in America. The Peeps factory is located in Bethlehem, Pa., and produces 1 billion Peeps a year – that’s 4 million a day!

6.) How Many Jelly Beans Are Consumed During Easter?

Here’s another one of those edible, gigantic Easter facts for you: Americans indulge in partaking of more than 16 million jelly beans during Easter time. That’s enough to circle the globe three times! It’s also enough to fill a plastic egg the size of a nine-story building (boy, that’s a visual!).

Jelly beans were invented in Boston by candy maker William Schrafft, who encouraged people to send them to soldiers fighting in the Civil War. Now, we fight for the tasty sugar nuggets that usually fill up hollow plastic Easter eggs that kids hunt for during the holiday.

5.) What Is the Most Popular Easter Candy?

When polled about their chocolate bunny eating ritual, 76% of Americans said they eat the ears off of the bunny first, 5% start with the feet and 4% start with the tail.

4.) Where Did The Easter Bunny Originate?

German immigrants to America brought stories of an colored egg-laying hare known as “Osterhase” or “Oschter Haws.”  German children made nests in which the bunny could lay its eggs. Eventually the custom spread across all the U.S. and the rabbit’s Easter morning deliveries expanded to include chocolate and other types of candy and gifts, and decorated baskets replaced nests.

Did the above photo make you laugh? Check out our collection of Easter photos gone terribly wrong for more!

3.) Why Do People Buy New Clothes For Easter?

It happens to be good luck! In New York in the 1800s, people believed that buying new clothes to wear on Easter would bring them good luck for the year. This is one of our favorite Easter facts to get behind!

Need some inspiration for this year’s Easter outfit? Check out our spring trends and bring on the florals.

Households average $131 on Easter each year, totaling $14.7 billion nationwide! This is spent on a variety of things, including candy and gift baskets, new outfits, decor (including egg painting!), photos with the Easter bunny and, of course, decadent brunch events.

1.) What Are Traditional Easter Foods, And Why?

Here’s an Easter food fact for you: It’s ham!

Ham has traditionally been the main Easter dish consumed in the U.S., and it used to be in Europe as well. Back before refrigeration, ham (which was cured and didn’t need refrigeration) was one of the only meats available in early spring. Nowadays, ham is still the main centerpiece on the Easter table in the U.S., but lamb has surpassed ham in Europe as the most common main dish.

We hope you enjoyed these Easter facts and learned something new! What factoid surprised you most? Let us know in the comments!

Looking for the perfect place to celebrate Easter? Click “Next Story” for a roundup of the most beautiful cathedrals in the world.