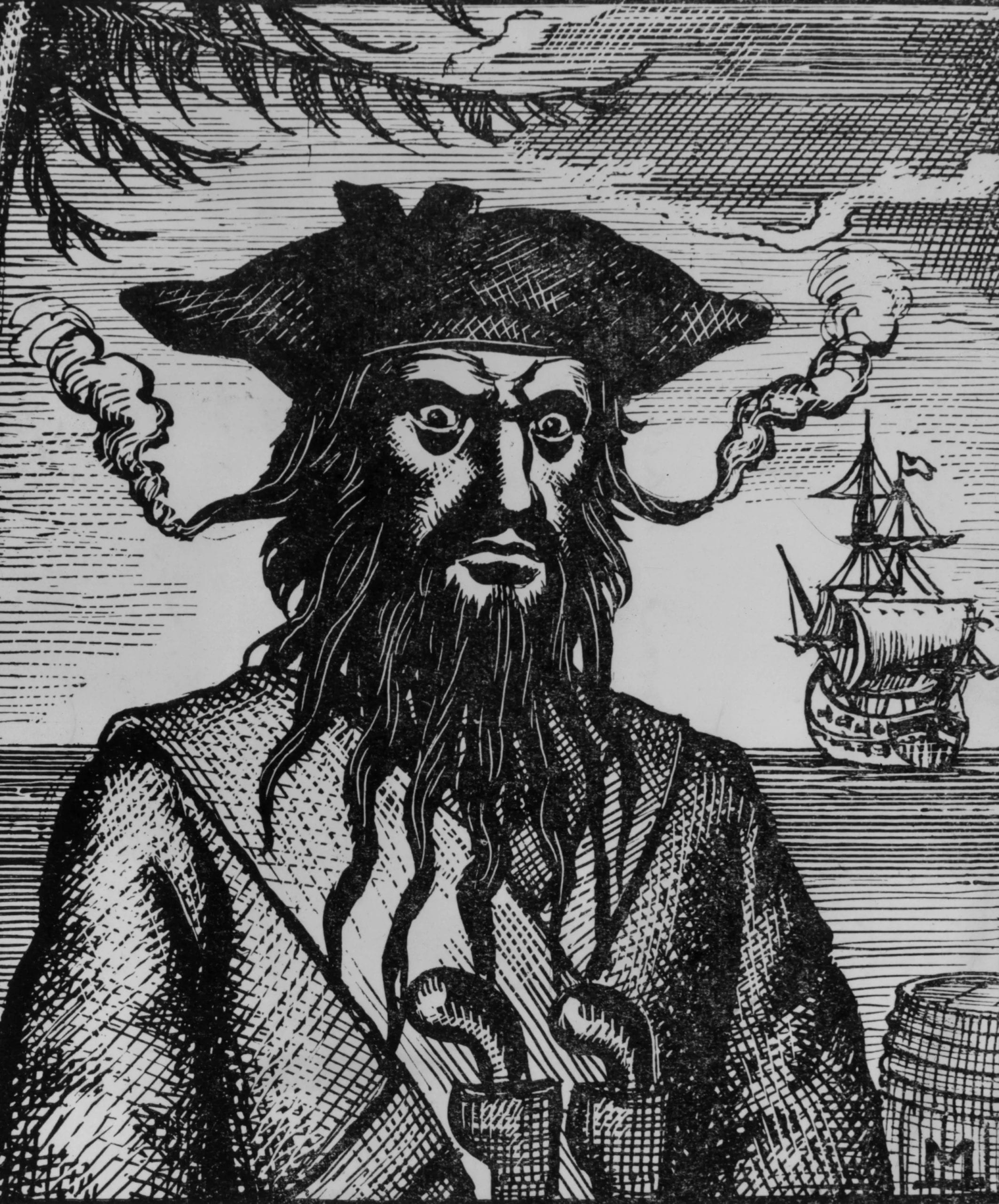 A Wreck With An Interesting Past

In November of 1996, a private salvage group discovered a shipwreck off the coast of North Carolina. The wreck was found by a team of divers in about 28 feet of water. It was identified as an early 18th-century vessel. It quickly became clear that this wreck, a mile from Atlantic Beach, near Beaufort Inlet, had quite the interesting past.

When the divers first came across the wreck it looked more like a scrapyard than a shipwreck. When the sailing vessel was discovered by Intersal Inc. of Palm Bay, Florida, they had found a pile of tangled cannons and anchors.

However, that wasn’t all that they had found.

Divers found more than just that, however. The unromantically named “North Carolina shipwreck site 31CR314” was a treasure trove of artifacts. Among these was the barrel of a blunderbuss that dated back to 1690 or 1710. There were also a number of cannonballs and a sounding weight. Most importantly, they discovered a bronze bell with the date 1705 inscribed on it.

That confirmed the age of the wreck.

In the fall of the next year, a team from the Underwater Archaeology Branch of North Carolina Office of State Archaeology started to systematically survey the find. During the first expedition, the team brought up some cannons, pottery, and a pewter plate.

The Intersal team was certain that they had discovered the wreck of an infamous ship, none other than the Queen Anne’s Revenge. This famous ship was the flagship for the fearsome and infamous pirate Blackbeard.

However, more and more evidence mounted to make it clear that this had in fact been the infamous Blackbeard’s ship. This was also why Intersal had been scouring that area near Beauforta’s Inlet.

They had been hoping to locate this legendary ship.

Digging Through The Past

The spot had been chosen as a result of Intersal’s president, Phil Masters. David Moore, a maritime archaeologist, also added his input to the project. Through their search, they discovered historical documents which gave them a good idea of where to look.

The documents had given plenty of details surrounding the location where the ship had been wrecked.

In fact, Herriot’s own ship, the Adventure, also got wrecked during the same event.

Herriot’s document stated that “Thatch’s [Teach’s] ship Queen Anne’s Revenge run a-ground off of the Bar of Topsail-Inlet.” Blackbeard, also known as Thatch or Teach, mounted a blockade of the Charleston harbor in North Carolina during May of 1718.

During the blockade, another pirate had described a ship trying to enter the Topsail Inlet, which is now known as Beaufort Inlet.

So a combination of the artifacts discovered and their known dates, plus the historical documentary evidence, made a strong case for this shipwreck being Blackbeard’s Queen Anne’s Revenge. And finally, 15 years after the discovery was first made, North Carolina state officials confirmed in 2011 that that was indeed the case.

So who was this Blackbeard? Well, we actually know very little of his background before he came to prominence as a pirate. He’s believed to have been born around 1680 somewhere near the English sea port of Bristol. Even his real name is unclear. It’s likely he was either Edward Teach or Edward Thatch, but we can’t be sure. Edward Teach is the name he’s most commonly known by.

Before turning to piracy it seems likely that Blackbeard was a sailor based in Jamaica. He may have been a privateer who fought in the War of the Spanish Succession, which ran from 1701 to 1704.

In 1716 he probably started his buccaneering career as a crew member with the infamous corsair Captain Benjamin Hornigold.

By 1717 Hornigold and Teach were each captaining a single-masted sailing vessel. The duo cruised the waters around the island of New Providence in the Bahamas, harrying Caribbean merchant vessels. They variously plundered 100 barrels of wine and 120 barrels of flour from vessels they intercepted.

A cargo of Madeira wine was also among their booty.

On November 28, 1717, having previously parted company with Hornigold, Teach came across a French slave ship, La Concorde de Nantes, near the Caribbean island of Martinique.

At 200 tons, this vessel was a much grander affair than the small sloops Teach had been sailing.

The Concorde had made two trips transporting slaves to the Caribbean, one in 1713 and the second in 1715. Her third voyage in 1717 would be her last as a slaver. It was on this trip that Teach, or Blackbeard as we can call him now, came across Concorde and engaged her in battle.