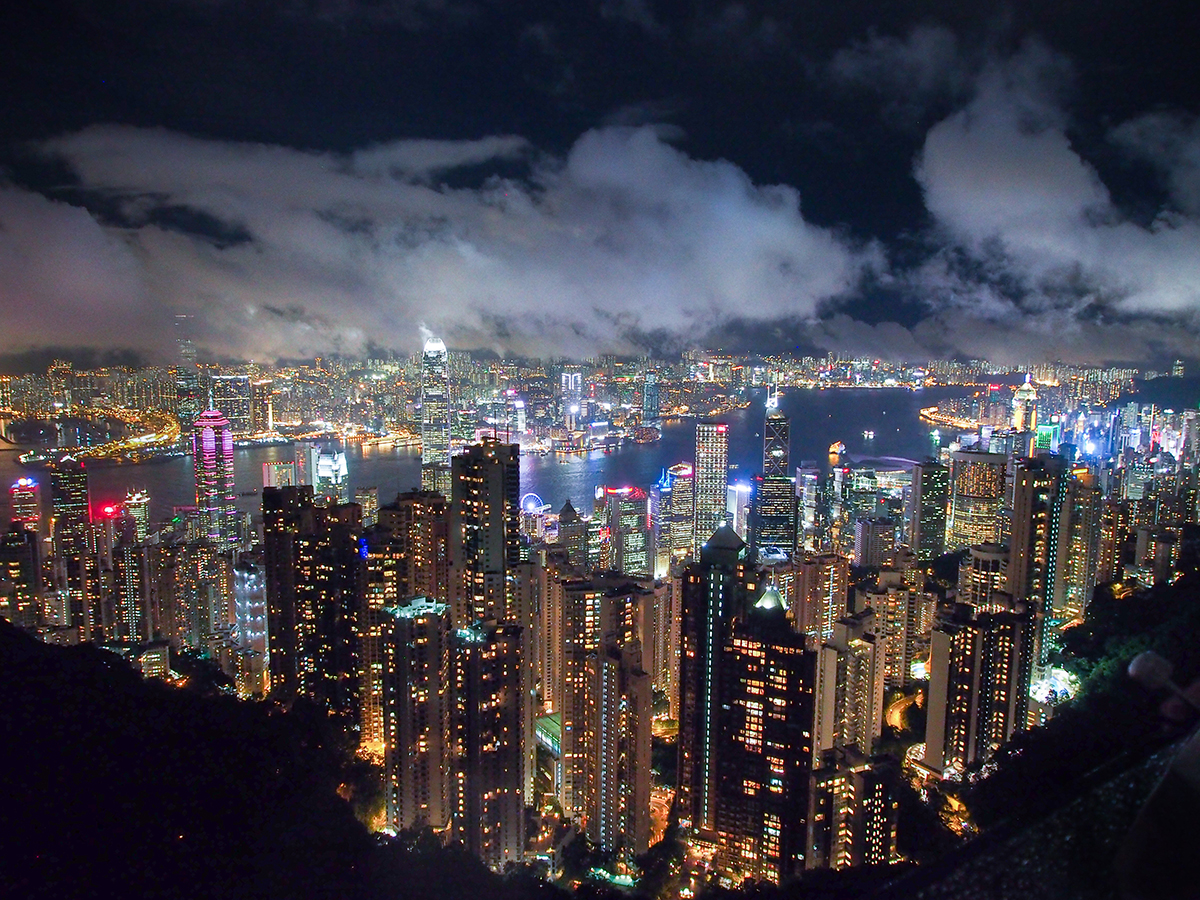 If you’re looking into moving to Asia but don’t want to do a complete 180 when it comes to culture shock, then you may want to become a digital nomad in Hong Kong. A former colony of the British Empire, it is now a part of China again. But it’s government and economy technically run separately from the country.

Now that we’ve got a little history out of the way, Hong Kong has been viewed as a global city because of the many people who travel and move there from all over the world. Not only because of its longstanding ties with Europe (because of the English) but Hong Kong is also a central hub for finance and commerce.

So what does that mean for anyone who wants to be a digital nomad in Hong Kong? Well, it means that there are jobs there. Hong Kong has been built for the influx of lots of different types of people while trying it’s best to preserve it’s culture. But if you go to various parts of the city, you can’t ignore the tall skyscrapers, the multitude of malls and the fact that you’re living on a mountainside.

But all of these things aside, there are many perks to becoming a digital nomad in Hong Kong. You will be able to meet a variety of people from all over the globe. With wifi, for the most part, availablethroughout the territory, it’s fairly easy to stay connected. And it’s a good central area to hop to other parts of Asia, if you want to consistently stay on the move.

While many people have been moving to Hong Kong, it’s no secret that the country isn’t cheap when it comes to housing. According to the Nomad List, the average cost for a one bedroom in the city center on Hong Kong island is $2,740 a month. And the prices can range anywhere from $1,274 to $3,823 a month.

If you want to try and sublet a room within Hong Kong Island’s limits, try one of the apartment share websites like this one. Tall buildings in Hong Kong are pretty standard. Don’t be surprised if all your options are above the 18th floor.

While that’s a pretty steep number for many, don’t fret. That doesn’t mean your dreams of moving to Hong Kong are over. Depending on your income, you can still find accommodations. But if you’re on the lower end of the earning chain, then you may be living a little further out. Lau Fau Shan, Lam Tei, Lok Ma Chau, Lam Tsuen Country Park, Fanling, Kwan Tei, Ping Che and Sha Tau Kok are some of the areas that are more cost-friendly but will be a little bit of a commute to Hong Kong Island. But then remember, you’re going to be a digital nomad in Hong Kong. So depending on your job, you may be opting for some work from home days during the week to avoid a long commutes.

Hong Kong is one of the safest places in the world. The streets, especially in the more metropolitan areas, are normally full of people. Many people in the finance sector also tend to work late. So you’ll hardly feel like you are alone, even at night. You have various options of getting around. If you don’t mind walking up hills or being around lots of people, then walking would be a good way to see the city and a cost-effective way to get from place to place.

If you’re not a walker, then you can take the MTR, which is Hong Kong’s train system. All you’ll need is an Octopus card, which you can refill at one of the kiosks at each station. And if you’re worried about not being able to read signage, don’t worry. The signs are in both Traditional Chinese and English. And if you use Google Maps, you will also get instructions on which lettered exit is nearest to your destination.

Finally, you have the option to take taxis or the ferry. For island to island travel, ferries are a very affordable and fun option to get around. But if you’re in a rush, a taxi is also good. However, it would be ideal to pay the drivers in cash.

Coworking.com shows that there are over a hundred co-working spaces for you to use in the Hong Kong. Ranging from ones with open floor plans to private offices, there is a good supply of places you can use daily, weekly or monthly. The Hive Spring and Garage Society both have 24-hour member access and offer free day passes through Coworker.com. Meanwhile,Campfire in Kennedy Town and The Hive in Wan Chai also have Skype rooms for all your video conferencing needs.

If you ask anyone who plans a trip to Hong Kong, many of them will usually tell you that they are there for the food. Whether it’s outdoor stalls or the endless amounts of cafes, you won’t go hungry. And for those who want to get an authentic meal, you’ll definitely need to get in on yum cha. Not to be confused with the restaurant, Yum Cha is a traditional Cantonese meal that consists of dim sum and hot tea. And in Hong Kong, you can never turn a corner without finding a dim sum spot. But if you’re looking for the good stuff, then you’ll have to try Tim Ho Wan. Although there are various locations in Hong Kong, other parts of Asia and even in New York City, this dim sum restaurant is famous for being honored with a Michelin star. And for an eatery that you can have inside a subway station, it’s a big winner amongst locals and visitors. Since the restaurants are so popular, there are waits. However, after taking a bite out of their infamous pork buns, it’s all worth it.

If you’re looking for something more hearty, then give one of their many roast meats a try. From duck and goose to chicken and pork, the locals know how to roast up their proteins. On top of that, they like to show them off in shop windows and make your mouths water. Finally, if you have a sweet tooth, give the pineapple bun a try. Aside from hitting the sweet spot, you can also nosh on it on the way home.

5.) What to Do When You’reNot Working

And while being a digital nomad means that you can work from wherever and whenever that doesn’t mean you can’t enjoy Hong Kong for all its glory. Whenever you have time, it would be good to explore. On Hong Kong Island, you can ride or hike up Victoria Peak, which will give you the best views of the island. If you’re looking for some fun times and to meet other expats like yourself, head to Happy Valley Race Course. Don’t worry, you don’t need to be into betting on horses to enjoy this night activity. Just grab a drink and mingle. If you’re looking for something more luxurious, you can have afternoon tea at one of the many tea parlors in Hong Kong. Drawing from the British tradition, you can enjoy finger sandwiches and pots of tea. The Peninsula or The Ritz-Carlton are two very popular locations.

If you want to venture out, then pay the Big Buddha and Po Lin Monastery or explore other islands like Kowloon. You can also take an hour-long ferry ride to Macau from Hong Kong Island where you can explore during the day and gamble in the evening.

Have you been to Hong Kong? Write in the comments what your favorite part is! If you’re headed there soon, tell us what you’re looking forward to the most below.